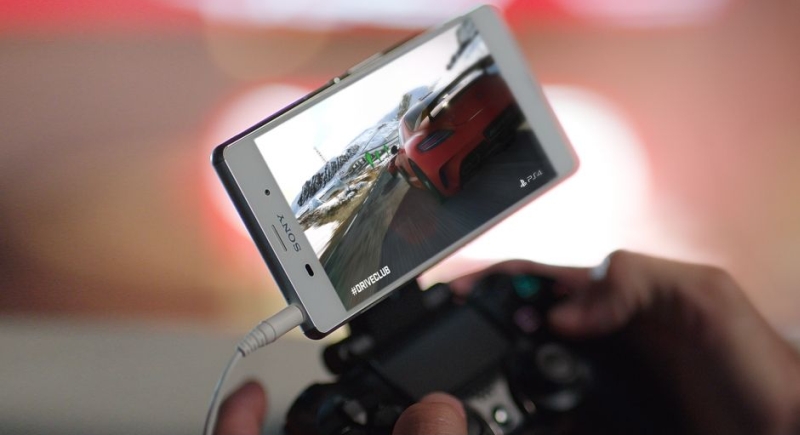 We all have our personal preference, from screen size to OS, to more pertinently, the manufacturer and model name.

Consumers can’t get away from it, and that’s okay.

As a result, we get to choose a winner and loser in a cut-throat world that often has us (journalists) tossing and turning at night, or staying up all night to get the latest scoop.

Looking back on the year that was, 2014 was probably one of the most competitive years for smartphone manufacturers in a good while. It’s not just Apple products on the radar of the trendy, and that’s also a good thing.

As a result, we’ll give you our top phones of the year, the real stand out performers, sellers and jet setters, that have undoubtedly been the most important and exciting releases of the year. It wasn’t Samsung’s most impressive launch, but it was an important one. To keep up with Apple’s iPhone 6 Plus larger screen, Samsung has made the fourth iteration of the Note — a 5.7″ behemoth. It doesn’t feel that way in the hand though.

The phone, as Samsung’s marketing quip goes, was “made to note”. The Samsung S Pen bundled with the device is a touch of class in more ways than one, while the internals keep the phone pointing in the right direction. Seriously, it’s hard to get a better mobile chipset right now than Qualcomm’s Snapdragon 805.

Of course, the non-LTE version also features Samsung’s in-house octa-core SoC, and it’s no slouch either. The self-titled “flagship killer” is a US$299 bargain wrapped in attractive white plastic.

A few weeks ago, it was also the most exclusive Android-based handset on the planet, thanks to OnePlus’s particularly stupid invite-only purchasing scheme, but the Chinese company has eventually come to its senses, and now anyone can purchase the phone. It’s a hotly competitive market, but the budget smartphone category has been quite the revelation in 2014. One of the star performers was Vodacom’s Smart Kicka — a R549 (US$50) smartphone that’s a wonderful all-round performer.

You won’t get cheetah-embarrassing speed, or enough RAM to run a small server farm, but what you do get is quite a bit for the price.

It’s small, it’s compact and it’s quite a complete package. I’ve been using the Xperia Z3 Compact for the past month, and it’s one of the most comprehensive phones on the planet. It’s a bit small (well, of course, it’s the Compact version) so gaming isn’t quite as enjoyable on it as the Z3 proper.

Featuring a 5″ 720p screen, the colour reproduction is gorgeous. Mix this up with a Qualcomm Snapdragon 805, PlayStation Remote Play (which allows the phone to be controlled via a PlayStation DualShock controller) and a host of PlayStation grade games, it’s the best phone for blasting through time wasting titles. To some, the iPhone 6 Plus is the best phone released this year, but there’s a lot of issues behind its gorgeous aluminium exterior.

Sure, the ion-strengthened glass face is a thing to behold and iOS 8 is quite a comprehensive OS once you get to know it, but it really is the camera that steals the show.

It might only feature an 8MP sensor, but it has a brilliant set of software backing it all up. Add OIS to the mix, and you have a particularly capable snapper suitable for all light situations. It’s probably the best camera phone released for quite some time. While the One M8 is probably the best and sexiest smartphone on the market right now, there’s a feature that really stands out above any other phone at the moment — the audio.

Quite probably the best speakers ever fitted to a phone, the One M8 features twin front-facing speakers that deliver some seriously great sound.

HTC loves to ensure that the world knows this as well, launching a Harmon Kardon edition as well if you think the audio still isn’t quite good enough. I was one of the non-believers, thinking that BlackBerry will never make a come back, especially since the phones they had been releasing this year were particularly terrible. Just take the Z10 for instance. But this all changed when the Passport was outed.

It could probably win the “most peculiar phone of 2014” award too, but it’s part of its charm. And genius.

Featuring one of the nicest physical keyboards since the Bold, the Passport is typist’s dream. It allows for business-like efficiency and Jedi-like productivity. But it’s just a wonderful phone to hold and doesn’t question the user when pushed. We believe Quad HD on smartphones is more of a gimmick than a necessity. Of course, once you switch the LG G3 on, gawk at that massive 5.5″ 1440×2560 screen and you realise just how much potential these densely-pixeled screens have.

Although one should never buy a phone based on one feature alone, if you love watching movies but don’t want to lug a particularly large laptop of tablet around, the G3 is your best bet.

Best smartphone for a lumberjack: Cat B15 Not all of us are suit-wearing business moguls that need devices covered in silk and adorned with dollars. Some practical chaps (who are prone to dropping their devices in puddles and elephant dung) need a phone that can withstand the day to day pressures of life.

While most phones can handle the outdoors, not many can handle stupidity. This one surely can. Come on, what’s not to like about this gorgeous phone?

There are some performance issues, but if you’re not looking for a phone that’s a star in the processing department, this is definitely the best fashion-friendly phone of 2014.

Boasting a beautiful tapered glass face, some stately Nokia emblazoning across the device and the incredibly sexy Windows Phone 8.1 OS, it sure is pretty. And what’s more, the rubberised backplate can be customised with a rather bright pastel colour of your choice.

Besides the beauty, the 20MP snapper behind fit with Carl Zeiss lens and OIS will ensure those bathroom mirror selfies look as chic as this phone is beautiful.

Most disappointing smartphone of 2014: MTN Steppa 2 I hate to be mean to the Steppa 2 because its a generally good-looking, solidly-built budget handset, but that’s where the compliments end.

When looking beyond the rather good camera and screen, the issues with this phone begin to burst at the seams the moment you switch it on.

Largely thanks to Qualcomm’s underwhelming Snapdragon 200 SoC, the phone can’t keep a charge, it can’t multitask and it sure as hell doesn’t enjoy doing what you tell it to.

And at R999, it’s an absolute travesty, especially considering other phones in its price range. Here at Gearburn, we love the Alpha’s appearance but its existence is questionable.

It was designed to compete against the Apple iPhone 6 but it’s not only bettered by Cupertino’s handset, but its brothers and sisters too.

The Samsung Galaxy S5 packs less style but more value for a much, much lower price, while the Galaxy Note 4 is the real flagship of the Galaxy range. So where does the Alpha sit? I for one was not a firm believer in BlackBerry after the company’s nosedive, but hell, they’ve made one brilliant phone in 2014.

By sacrificing conventional thinking, BlackBerry has managed to craft a phone that works in every way imaginable. It’s camera is wonderful, the screen is crisp, it’s a fashion statement, it’s practical, quick, user-friendly, it’s stable, it’s secure, it has exceptional battery life and well, it’s not all that expensive either.

Not only does it bring the QWERTY back in a big way, it also gives phones with more pedigree a run for their money.

The only problem with it is the BlackBerry badge at the rear. To quote Steven’s verdict at the end of his extensive review:

Edit: I mistakenly stated that the iPhone 6 Plus features a Sapphire Glass face, however Apple has yet to use the technology on its range of smartphones. The two devices (the iPhone 6 and the iPhone 6 Plus) instead feature ion-strengthened glass. The error has since been amended. 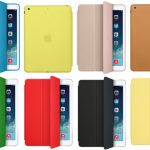