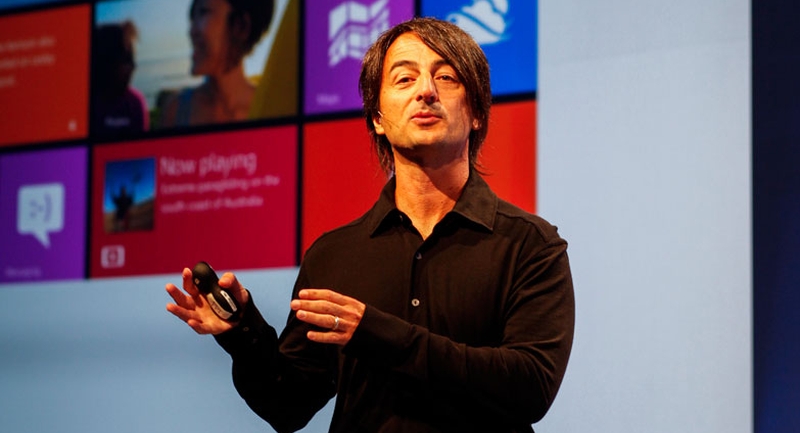 Windows 10 (yep, not Windows 9, remember) has been out in the wild for a good while now, on Windows Insider’s test machines and laptops, but it hasn’t yet come to mobile devices. As the tablet market shrinks in a surprising turn of events, the PC market has enjoyed something of a comeback in recent months with tablets taking a back seat. But what does this mean for mobile devices?

Windows 10, as Satya Nadella noted months back, will work across all “Windows” platforms, from smartphones to laptops to the Xbox One console. It’s a massive undertaking and a burdensome one, but if implemented correctly Windows 10 could be the greatest commercial operating system in recent years that will appease both corporate users and consumers.

In a few hours time, Microsoft will likely unveil one more piece of the Windows 10 puzzle, but what can we expect from Redmond today?

We roundup what we definitely know, what we think we know and what we hope Microsoft knows prior to the company’s big event.

What we definitely know

This is pretty much confirmed.

What does this mean? Essentially, Microsoft is unveiling a preview of its Windows 10 OS for manufacturers to try. It’s a template that will allow manufacturers to build phones for Windows 10, so from today onwards we’ll be hearing a lot more about the mobile OS.

The company sent invitations to world media on 11 December, so this event has been a long time in the making. It should be noted that the SKU will be for mobile devices and not desktops — so tablets, smartphones and hybrids (touchscreens) will all likely be fair game.

It will be extremely interesting to see how Windows 10 on the desktop will morph into Windows 10 on mobile. We’ll have a better understanding of this from today.

This is probably the most overlooked piece of information on the invite.

Microsoft CEO Satya Nadella won’t offer much in the way of the technical aspects of Windows 10, but some key announcements might be made regarding release and distribution dates for all versions of the OS.

Executive Vice President of Operating Systems Terry Myserson will also be on stage, the man responsible for Windows and the lynchpin of the company’s flagship product. We’re not sure if he’ll announce Windows 10 for mobile exclusively, or provide more information on the Windows 10 OS on other platforms. Could we in for the next edition of Windows 10’s Technical Preview?

Joe Belfiore, leads the Operating Systems Group, the division in charge of Windows Phone. He was the man behind the previous Windows Phone redesigns, so expect some interesting announcements regarding the OS’s transformation between devices.

Lastly, Head of Xbox Phil Spenser will also make an appearance, but to what degree? Microsoft has noted that Windows 10 will be geared towards gamers, so could we see Windows 10 mobile gaming take off? Will there be an Xbox One announcement at the event? In less exciting news for power users but a giant step for feature phone graduates, Windows 10 won’t just be for high-end, flagship models — Microsoft will be crossing pricing borders with this OS.

With a 4.0-inch screen, 5MP camera and 1.2GHz quad-core chipset, the Lumia 532 is not an iPhone or Galaxy S6 beater. All new Lumia models, once Windows 10 is launched, should feature the OS which is a comforting thought to those who couldn’t update to Windows Phone 8.x from Windows Phone 7.

What we think we know

On that note, for the first time ever a Microsoft OS will have a generic, non-differential name across smartphones, tablets, laptops, desktops and the Xbox One console. Gone are the days of the clunky Windows Phone names and numbers and in comes a unified moniker.

A hint (which was well spotted by NokiaPowerUser) was found on the Microsoft website which describes the Lumia 532 and 532 Dual SIM phones to be “Windows 10 ready”. It seems insignificant (and it might be a place marker until the actual name is launched) but it does hark back to Nadella’s vision of a unified OS across all platforms. One of the biggest Windows Phone grips was the rather mundane solid-colour tiles which constituted the home screen. The OS takes some getting used to moving from Android or iOS where wallpapers are the dominant feature on the OSes.

Microsoft seems to have found a middle ground by keeping the tile UI while adding a translucent aspect to give the background some glory and the home screen some depth. We’ve seen these rumours for other implementations of the Modern UI, namely on Xbox One’s interface, so it doesn’t seem farfetched at all. It’s also rather attractive.

Additionally, mobile screens will lack the desktop in Windows 10. In a previous report outed by ZDNET, the mobile versions of Windows 10 will only include apps from the Windows Store, much like the current generation Windows Phone OS. The “desktop” will be reserved for desktops and keyboard-capable machinery (like hybrids).

Could we be looking at a unified app store too? Possibly Currently, Microsoft has two app stores — one for Windows Phone and another for tablets running Windows 8. It’s complicated, clunky and wouldn’t work well with a unified operating system. So what are the chances of Microsoft unveiling a completely new Windows 10 Store? Good, according to The Information‘s latest report.

The piece makes for interesting reading. Here’s an excerpt below:

In previewing its Windows 10 operating system, Microsoft will show a single code base inside the software that will allow an app to run well on phones, tablets and PCs, as opposed to being optimized for one screen size, says a person briefed on the upcoming release.

Could this be announced at the presser? Possibly.

The OS, in its final retail form, will be launched mid-2015

No date has yet been confirmed, but Microsoft has noted that the OS should be available mid-2015. Whether this includes the desktop version exclusively or Windows 10 for all platforms, we just don’t know.

Microsoft could also announce a “Windows Insider” program for its mobile platforms too. The Insiders program has been successful for the development of its desktop OS, allowing select portions of the public to use the OS prior to OEM availability.

Microsoft to unveil new reference hardware at the event The Information has also suggested that Microsoft will be launching more than just Windows 10 for mobile.

“Microsoft also plans to introduce new hardware, with some set to appear this week and a phone-laptop hybrid that might appeal to enterprise customers being developed for further in the future,” the publication suggests.

Of course, the Windows 10 OS will need a reference machine, so this report does possess a certain degree of common sense.

What we hope Microsoft knows

Mobile computing is undoubtedly the future but Microsoft hasn’t always aced its exam. Windows Phone 8.1 was a great OS that we thoroughly loved, but in terms of Android and iOS, it’s miles behind.

Read more: Windows Phone 8.1 review: the OS we needed all along

The statistics have since swayed in favour of iOS, thanks to the iPhone 6 range’s popularity

Currently, the popularity of the iPhone 6 range is driving iOS’s growth in the smartphone market, with Google’s Android experiencing a market share recession. With smartphone sales experiencing a near 30% rise in sales year on year at the end of 2014, there’s massive potential for Microsoft to garner a new following, but it’s not as easy as it sounds.

Windows Phone devices currently hold around 3% of the market, with Android enjoying around 84% and iOS around 11%. While iOS will never dominate Android in terms of sheer sales volume, it is an astonishing statistic considering that just two new phones released in September has caused an iOS sales boom.

Can Microsoft achieve something similar with Windows 10? It’s possible, especially if the OS gains traction on the tablet. Firefox OS, Ubuntu OS, Samsung’s Tizen and Sailfish OS are all some of the pretenders to the smartphone OS crown. Although they won’t knock Android off its perch any time soon, its worth pointing out that it’s not just Apple and Google Microsoft is competing against.

Windows 10 will also compete with the likes of iOS 9 and Android Lollipop, so its an interesting time for the OS wars.

So, what should we expect from Microsoft and Redmond’s merry men? Expect it to be the biggest announcement for Microsoft’s mobile future since the Nokia acquisition back in 2014.

Microsoft is essentially a software company, as much as Nadella and company launch hardware offerings. It’s the bulk of its business, so producing an OS that is attractive to the mobile consumer, the enterprise environment, the gamer and the low-budget smartphone user will be one massive challenge.

Follow Gearburn on Twitter for live event updates and visit the site after the event for a total recap. The event will be livestreamed from Redmond beginning at 6.50pm SAST (or 8.50am PT, 1.50pm ET if you’re in the States). 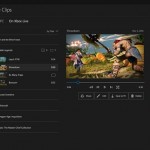