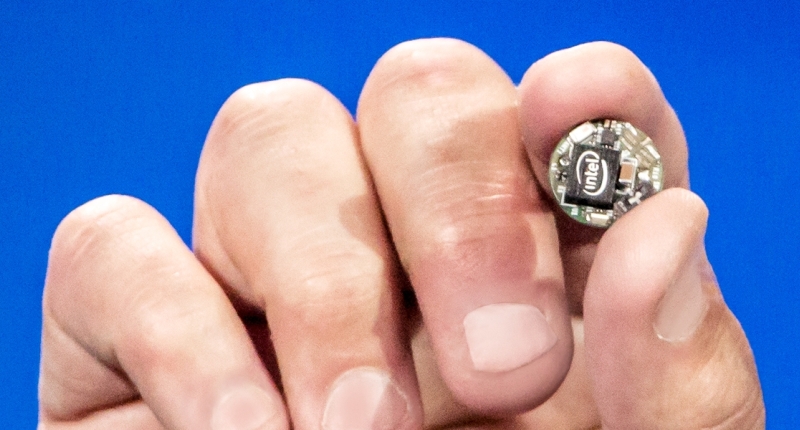 Intel is no stranger to the realm of silicon, and the company needs no introduction on that part, but it has struggled to play a primary role in devices below the 7″ screen mark. Although the company’s tiny US$50 Raspberry Pi-like Edison board has been available for developers of wares for over a year, Intel has announced a new challenger to the sub-sized micro-board market, and its much, much smaller.

The Intel Curie carries a 32-bit Quark microprocessor fit with 384kb flash memory, Bluetooth LE, motion sensors and the ability to charge its host. In essence, it’s Intel’s Internet of Things challenger, with the company looking towards the promising future of the platform.

Intel Curie is about the size of a coat button, and could very well turn your average coat into a smart device in the future.

Intel has already enjoyed a brief foray into the wearables market, partnering with jewelry designer Open Ceremony to design the MICA fashionable smart wearable band. And if that’s not enough for the company its latest partner, apparel manufacturer Oakley, is crafting an “intelligent product, available later this year, designed to enhance athletes’ performance.” Thanks to the Quark microprocessor’s low-power diet, Intel Curie will also be able to power a vast array of devices for an extended period of time. We wonder if we’ll see Intel gunning for the smartwatch market while the current breed of offerings struggle to hold a charge for more than two days.

Gartner’s predicting that 60% of the wearables market will belong to wrist-worn devices this year, so there’s heaps of lucrative potential.

For the moment, Intel Curie isn’t FCC approved yet, but it should begin shipping (after the law and order) around Q2 2015. 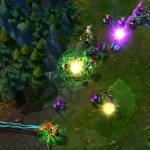