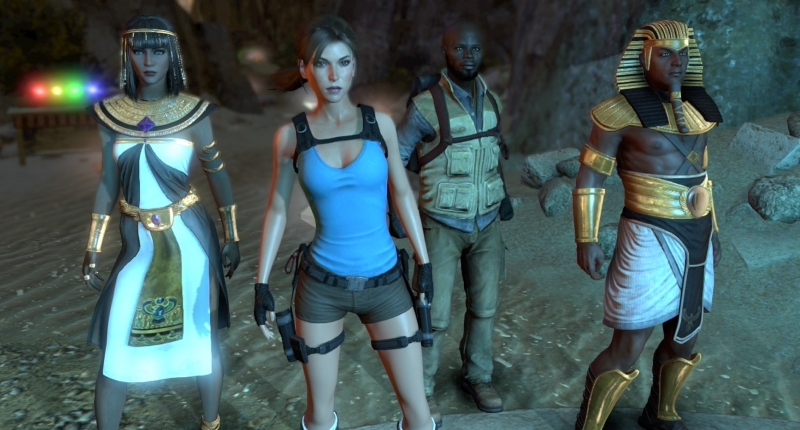 Since the release of Tomb Raider (2013), a highly successful reboot of the franchise, I have wondered if I will ever see the original Lara Croft again. Don’t get me wrong, I thoroughly enjoyed the reboot, but its Lara wasn’t the dual-pistol wielding I-take-no-shit Lara I grew up with for so many years, and I found myself in a rather nostalgic moment of reflection.

Was this the end of a great age? Will this “origin story” Lara ever live up to the legend she was born from? And has the old Lara now become a relic of the past?

Well as if my philosophical contemplation was heard by the gods of gaming themselves, an answer came to light in the form of Lara Croft and the Temple of Osiris. This title was developed by Crystal Dynamics, the same developers of the reboot, and serves as the sequel to the critically acclaimed Lara Croft and the Guardian of Light.

Lara Croft and the Temple of Osiris boasts an intriguing and immersive narrative and its subject matter fits in well with the usually adventurous themes explored in other Tomb Raider games.

As usual, Lara Croft is in search of an ancient artefact that, as usual, comes with a plethora of esoteric baggage. This time around it is the long lost Staff of Osiris, which leads us to the always mysterious and attractive land of Egypt. As legend tells us, Osiris was once a great Pharaoh who united all the Egyptian kingdoms under his name, but was betrayed and killed by his brother, the devious and power-hungry Set. Isis, the wife of Osiris, recovered his body and resurrected him with the one and only Staff of Osiris. He only lived long enough to conceive a son — Horus. He was the only true heir to the Egyptian throne, but as soon as Set (the jealous and disloyal bastard that he is) heard of this act of insolence, he stole the Staff of Osiris and used it to imprison both Isis and Horus.

If that wasn’t enough, he tore the reanimated body of his brother into little pieces and scattered them across the desert and so became the unopposed ruler of the Egyptian Kingdom.

His thirst for power though led him into the Egyptian underworld of Duat in the blind pursuit for greater power. Unfortunately for him, Osiris was the only being who was able to return from the underworld and so he became trapped in Duat for the rest of eternity. It seems tearing up his brother and scattering the pieces everywhere but the underworld turned out to be a bad idea. Karma’s a bitch, as they say.

In the present, Lara Croft has discovered the Temple of Osiris and entered it to find the legendary staff. But her arch-tomb-raiding-rival, Carter Bell, is right on her heels and the race to find the illusive artefact begins. They eventually find the staff but Carter’s lack of caution leads to them both being cursed and trapped within the vast ancient temple. But, as a silver lining, they also free Isis and Horus from Duat. Now they must find the pieces of Osiris and reunite them as the great god-king is the only one who can stop the terrible plague of Set’s reign.

Lara Croft and the Temple of Osiris, like its predecessor, moves away from the standard Tomb Raider product while still keeping most of the ingredient intact. At its core, it’s still an action/adventure puzzler. But in comparison to the other titles, the game mechanics are considerably less advanced and it’s played from a fixed isometric view as opposed to third-person.

This is probably due to it being more of a spin-off game than a main series title and is probably the reason why it didn’t attract as much resources from developers, Crystal Dynamics. So keeping this in mind, I will not look at it from a blockbuster perspective but for what it is and what it is meant to be, that being a simple but addictively fun game that will mostly appeal to long time fans of the Tomb Raider franchise.

The game’s control system is quite basic. You can jump and climb onto ledges and platforms, do dodge rolls, and fire your various weapons and, when needed, your grappling hook. The fixed isometric view does cause some annoyances though, especially when playing on console controller. Your jumps and movement needs to be more calculated than you are use to in most games and in hairy situations (like being swarmed by enemies or chased through a possibly fatal obstacle course by a massive crocodile god-pet) it probably will end in your demise at some point.

The detailed game world is beautifully designed and has an immersive atmosphere, although the playable areas are much more restrictive that it would seem at first glance. The game has a very linear style of game play but is creatively kept amusing by adding various obstacles, traps and enemies. Both of these are dealt with in rather repetitive ways, which leads to both this game’s success and downfall.

I say this because repetition is often necessary in a game. It quickly establishes the rules and goals, making it easier for us to comprehend and master them. But put too much focus on this repetition and you end up with a game that will eventually become mind-numbingly boring. The Temple of Osiris achieves a decent balance between the two but for some, its appeal might not last until the very end.

Obstacles mostly come in the form of climbable and scalable objects such as walls and pillars or puzzles. A lot of the time you will either be traversing between platforms and over gaps or hoisting yourself up walls etc. via your trusty grappling hook.

Puzzles start out pretty simple but gradually become more challenging as the game progresses. You are usually faced with different variation of the same puzzle, with a few exceptions in between. One example is the exploding ball puzzles. Basically you summon some kind of ancient Egyptian sphere that is used to blow open blocked doorways. The moment you start moving this ball around a timer starts that counts down to its self-destruction. By using the Staff of Osiris you can greatly increase or decrease the countdown time, which you will use to more dramatic effect as the puzzles grow more complex.

Enemies typically appear in waves, with swarms of various threats darting towards you.

The most common enemies you will encounter are mummies, either armed with swords or bows, and tenaciously fast human-sized beetles.

Then there are the boss fights, where you will face off all the malevolent gods of ancient Egypt. This is probably the most entertaining and challenging fights you will take part in the game and an element that did give a satisfying sense of progress.

Co-op, I think, is where this game packs most of its punch. As a single player the game does often get rapidly boring and somewhat lonely. But playing this with a co-op partner, as with most games, adds excitement and a stronger sense of purpose and presence.

Up to four players can enter co-op mode simultaneously. There are four playable characters to choose from including Lara Croft, Carter Bell, Isis and Horus. You have a choice of three co-op modes and can play the two player local co-op, the four player combo co-op or four player online co-op.

For me personally the local co-op provided the most entertaining experience. When you are playing with three of your other friends right next to you, everyone screaming orders and insulting each other’s lack of gaming skills, it does provide you with loads of fun. Online co-op felt a bit eerie as, even though you could see other characters running around on your screen, it still felt like you were playing on your own and dramatically reduced the fun factor.

One problem I did have with co-op is the fixed isometric view. When you have four players playing on the screen there are often times where not all of you will fit onto the screen, especially in dangerous moments where there isn’t any time to navigate accordingly.

Luckily that doesn’t mean the loss of a player as the playable character will always respawn from one of the other.

Verdict: Lara Croft and the Temple of Osiris can be a highly enjoyable and addictive gaming experience when it is shared with others, but when played online or alone it loses much of its impact and finishing the game will feel more like an obligation than a goal.

For Tomb Raider veterans it does contain a nostalgic factor, especially seeing the return of the classic Lara Croft (voiced by the original legend series a voice actress, Keeley Hawes), but for those who are not familiar with the Croft universe this game might quickly lose its appeal. That being said, Temple of Osiris is not a bad game and definitely deserves your attention. Just don’t expect it to become a title that will end up in your gaming Hall of Fame. 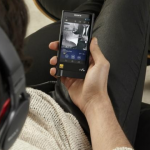