By Wiehahn Diederichs
Read nextWhat was the best next-gen console of 2014? 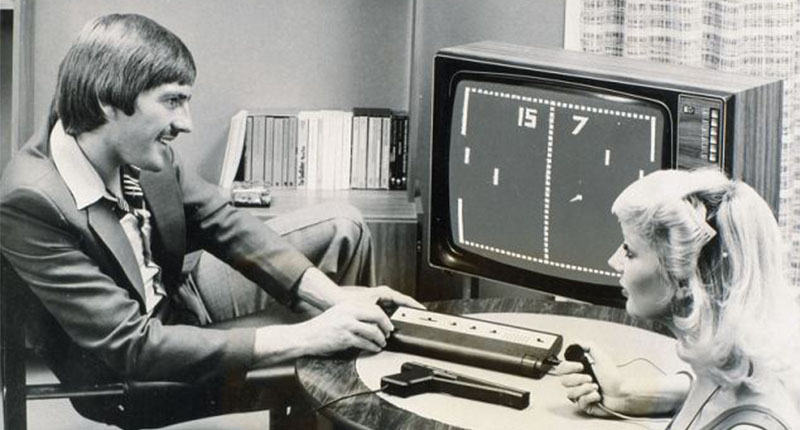 Nothing strengthens the bonds between human beings like the spirit of competition. It’s a game of pride and self-recognition we have carried with us since our ancient primal days. It started with war, which then in turn inspired competitive sports and today it has evolved into the magnificent world of multiplayer gaming.

Here, in this virtual realm, victory can be claimed without the loss of lives and, those of us who aren’t that particular about “breaking a sweat” can enter a world that was usually meant for the fit, burly and bearded.

Let us pay our respect to the spirit of competition and to five titles that has satisfied our hunger to compete, especially during those unfortunately boring holiday spells.

To me, Minecraft has always just been a time-waster I played in that “dry season” of gaming, when all the main releases are fade into memory fog and my attention capacity for all the other “time-wasters” have been depleted.

The freedom it offered was extremely addictive but the lack of purpose and objectives, personally, just made that excitement quickly dissolve away.

That was until my brother, a religious follower of the sacred sandbox-survival-builder, introduced me to Minecraft online. At that very moment a whole new world opened up in front of my eyes. I could now explore and interact with this wonderfully vast and endless procedurally generated world with other human beings. It didn’t matter where they came from, we were all united within this virtual wilderness. It also soon became a sort of reflection of the human’s primitive state of mind.

Alliances were formed, enemies made and spectacular sites erected, taking its addictive recipe to a whole new level. As time went by, the game rapidly evolved, with tons of mini games popping up everywhere. Today the choices are even more endless than in the original product and without a doubt one of the best and most popular multiplayer experiences out there today. This list would be blatantly irrelevant without the addition of Counter-Strike: Source (CSS). This FPS is one of my earliest memories of multiplayer gaming and the oldest entry on this list. As the years roll by and title after tile is released, it becomes only more and more clear that CSS nailed down the multiplayer FPS (and FPS in general) a long time ago. Most of what we see today was, and still is, inspired by this brilliant shooter.

Its premise is simple. Terrorists or counter-terrorists. Rescue the hostages. Diffuse the bomb (or the opposite if you chose the terrorist scum). That’s it.

And to this day, it’s still one of the most immersive and adrenaline pumping experience gaming can offer. Another thing that sets this apart from most multiplayer shooters is the challenging difficulty of the AI players. Even at easy, these bastards didn’t even blink a pixelated eye when expertly planting a single bullet in head. It also didn’t help that your damage threshold is light-years smaller than anything other shooter available.

This title is for the veteran gamers, those who yearn to be tested. Knowledge of its existence is the first step to becoming a true gamer. World of Warcraft, simply referred to as WOW, is one of the most monolithically successful and popular games to grace our planet. If you aren’t already a devout WOW fanatic, then these statistics should convince you why it is on this list: It boasts more than a 100 million active user accounts, is the highest-grossing video game of all time (over US$1.5 billion), holds more than half of the MMORPG market share and even has the world’s largest bloody game wiki (over 100,000 pages).

In this MMORPG you create a unique character and enter a colossal fantasy landscape filled with treasures and beasts and enemy challengers. It possesses such a tremendously in-depth virtual reality that, I believe, soon the world’s governments will declare it an official parallel dimension.

Besides the general questing and looting, the immense roster of in-game features is ever-expanding with activities such as weekly fishing contests and pet-battles. To many people WOW is reality and life is the dream. They are so dedicated and invested in the phenomenon that it has lead to the world’s largest cyber weddings and even to mothers abandoning the care of their children.

Pretty much any FIFA game I must admit I sort of forgot about the FIFA games when compiling this list, but that is simply because it has become an extension of my life.

There is nothing to review or consider. It is simply just a part of who I am. If I received an AK-47 for every hour my buddies and I’ve waste on these games I would be the sole proprietor of AK’s on the Earth (mixing it up a bit with the expressions here).

The FIFA game series places you in the competitive world of international football. Whether you want to play with your favourite club or country, or create your own, it will satisfy all of your football fantasies.

In terms of multiplayer, it offers a very fulfilling experience. Matches are played in short bursts so you can rake in one game after the other, quickly developing the “just one more” syndrome. You can also create your own custom players and even edit their stats, ending up with a team that boasts strictly “99” rated players.

This turns out to be extremely fun when you and your mates create your own teams, each one obviously putting themselves in the role of “star-striker”. FIFA fills you with adrenaline and is by far the most competitive I have ever felt in a game, often resulting in me nearly smashing my controller into stardust. The COD series has cemented itself as one of the most definitive and authoritative multiplayer FPS titles in history. Be you a gamer or not, unless you’ve been living in a sea cave for the last decade, you must have certainly heard of one of the world’s most played games. The series has broken several records including Modern Warfare 3 selling over 1.6 billion copies world-wide 24-hours post launch.

To avoid my putting my family in danger of being assassinated by twisted and virtually trained COD fans, I’ve decided to not single out a specific title. Amongst the plethora of COD games, the most popular are Modern Warfare 1, Modern Warfare 2 and Black Ops II.

To be honest, each title has its pros and cons, but they all offer the ingredients of a outstanding FPS recipe: fast paced action, a massive arsenal of customizable weapons, a thriving online community and an abundance of maps for any playing style. With the latest title, Advanced Warfare, restoring faith in the series and breathing fresh air into a recently stagnating franchise it seems that the COD will often find its way on list such these for a long time to come. 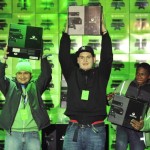