By Andy Walker, former editor
Read nextNew creepy telescopic contact lens will zoom with a wink of an eye 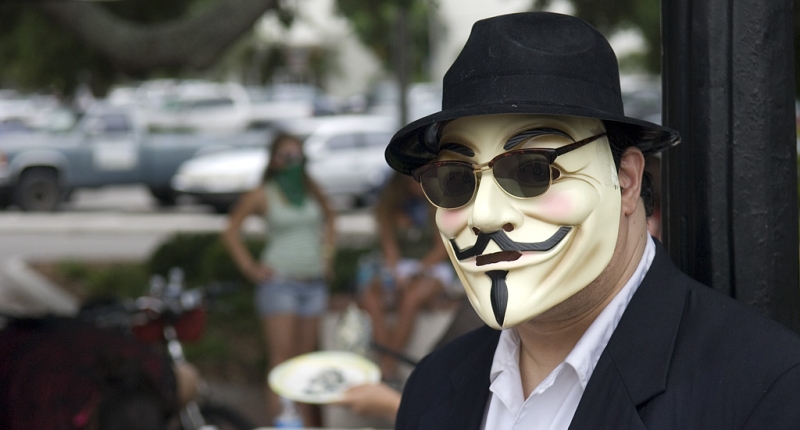 There’s nothing quite as exhilarating as having your very own stalker. And I speak from experience. Valentine’s Day is perhaps the only one of the 365 available when receiving dodgy cards from overzealous strangers is wholly acceptable by society.

Of course, what once (and still is, I believe) a Catholic and Lutheran feast, has become a massive money-making ministry otherwise, where millions of bills are spilled in the hopes of impressing that one person who has been impressing you for the past five years.

But there’s no need to make a move after all those years, not as long as technology has something to say about it. With the advent of social media, people can now “follow”, “like” and even “heart” each in some strange cases, which is stalking but on a digital level.

So why should the physical thing be out-of-order?

We feel your plight, world, and so does technology, so here are five contraptions to make stalking your Valentine’s crush much, much easier this 14 February.

Yes yes, drones are legally questionable in some parts of the world, but if you’re already engaged in stalking you may as well commit another felony.

The AR.Drone 2.0 is a mega piece of work by Parrot, featuring four rotors, an onboard 720p camera and can be controlled using a smartphone. If your crush lives on the top floor of your local block of flats, flying the drone up through the window will let you have a gander at your subject’s favourite foods, favourite books and favourite TV series. Who knows? Perhaps when you’ve completed that reconnaissance, you can knock on the door, pasta and flowers in hand, a Jane Austen novel in hand and a copy of Colin Firth’s Sense and Sensibility.

In the real world: Drones have come under mass legal scrutiny since their rise in the early 2010s, but the devices are indeed extensively useful for photography, the film industry and just personal folly. Yes, there is legislation in South Africa and other parts of the world, so check with your local authorities before flying one inadvertently into an international flight path.

The damage: R4299, so you’ll probably have to settle for a rather cheap pasta for that night out.

2. A laptop, Firefox and a flock of Firesheep Firesheep caused quite a stir a few months ago, as the add-on allowed users of the Firefox browser to intercept and snoop cookies of the public network client’s computers. This might sound wonderful (I mean, cookies!) but it demonstrated how easily a public Wi-Fi network could be investigated.

For stalkers, this we imagine was a goldmine.

The add-on can intercept Facebook, Twitter and, we imagine, Tinder packets containing login details pertaining to these sites so you can have a better idea if your subject likes you or not.

Of course, logging into Facebook and changing your subject’s profile picture with a selfie of you probably isn’t the best way to go about introducing yourself.

In the real world: Firesheep was a demonstration by developer Eric Butler (now employed by Uber) to better depict the risk of HTTP snooping on open networks. For one, it’s a good idea to give Firesheep a go to see what could actually go wrong. We don’t recommend using the add-on for misdemeanors, but ultimately, always connect to websites on open networks using the HTTPS secure protocol.

The damage: If you’re reading this on Firefox and have access to a Wi-Fi network your subject frequents, well, about R2 for data transfer costs. Now, you probably won’t be able to use this yourself, but companies manufacturing smart TVs could very well be watching you watching them watching you. Don’t believe me? Take this snippet from Samsung’s previous privacy policy for good measure:

Please be aware that if your spoken words include personal or other sensitive information, that information will be among the data captured and transmitted to a third party through your use of Voice Recognition.

That’s right. While you might not be watching your Valentine, if your Valentine has a smart TV in his of her possession, there’s a chance said engineer is already stalking him or her.

In the real world: I don’t personally back smart TVs. They’re good for quick media delivery, but horrible if you’re a lover of customisability. There are many ways to disable the bad man from snooping, but ultimately if you really want a media box for your TV, just build one using a Raspberry Pi or get Google’s Chromecast.

Samsung has since amended its privacy policy and notes that it only takes note of certain words uttered, but somehow I still find myself shying away from smart TVs.

The damage: The cricket bat will set you back around R700, and the resultant destroyed smart TV, another R10 000.

It’s hard to believe that James Bond isn’t a stalker, because the man is loaded with spy equipment just beggin’ to be used this Valentine’s Day. Keep a careful eye out, Ms. Onatopp.

If your Valentine happens to affirm your date request, this box of tissues will come in plenty handy while watching the Notebook, Dear John, The Time Traveler’s Wife or Van Wilder on repeat.

Complete with a rechargeable battery that lasts for ten hours, 720×480 resolution at 25 frames per second and 4GB of internal memory, recording your loved ones cry tears over one of Nicholas Sparks’ sappy works has never been this fun.

Of course, if you’re still thinking about stalking said Valentine, remember to leave the tissue box above the TV or on the coffee table for full effect.

In the real world: This little gadget may seem terrible, but using it to monitor your kids, monitor your home or even monitor your car isn’t quite as farfetched as stalking your Valentine may seem.

The damage: R2090 and a flu shot if worst comes to worst.

What is supposed to be a traffic-tracking app has become something of a stalker’s paradise.

The app is available for iOS, Windows Phone and Android.

In the real world: The hatred against Waze really isn’t anything new. Crowdsourcing to solve traffic issues is a novel idea that I firmly back. The fact that others can see your location on Waze is perhaps a little worrying but hell, at least you can beat traffic jams through the power of information.

And if you really must know, Waze is a pretty good way to plan a Valentine’s Day date too.

So there you go! Let us know about the creepiest gadgets and online tools you’ve ever come across. 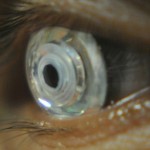