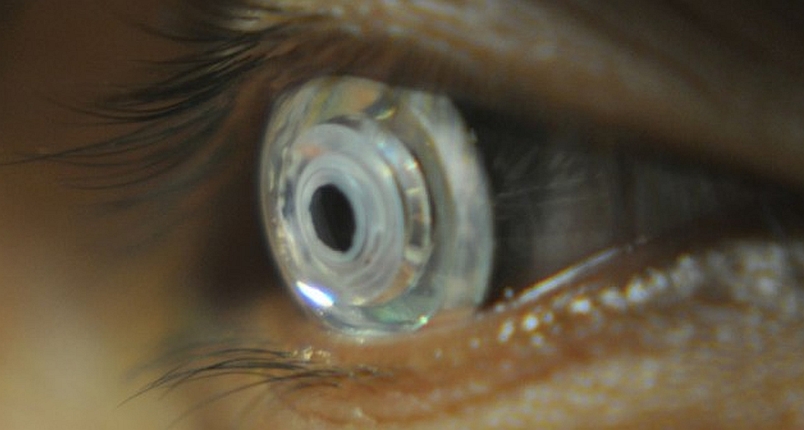 Swiss researchers have released a new contact lens prototype that contains tiny telescopes that interact with a pair of smart eyeglasses to enhance vision in response to the wink of an eye, equipping perverts with an extended range of vision to better invade the privacy of women.

Originally released in 2013, this newer prototype features a 1.55mm-thick contact lens in which an extremely thin, reflective telescope offers the option of zooming in and out whenever the patient winks. Specifically, the telescopes are activated when the wearer winks with their right eye, and deactivated when giving a wink with their left eye. When wearers blink, however, the telescopes will neither activate nor deactivate.

“We think these lenses hold a lot of promise for low vision and age-related macular degeneration. At this point this is still research, but we are hopeful it will eventually become a real option for people with AMD,” notes Eric Tremblay, an optical engineer.

The nitty-gritty of how these telescopic contact lens work

Zoom-controlling glasses receive information from reflectors in the contact lens. Whenever a wearer winks, the reflectors are covered, signaling the glasses to change their polarization. Depending on which side is winking, “two kinds of polarized light take two different paths through the contact lenses, activating the normal or magnified view.” The aluminum telescopes in the contact lens can magnify objects 2.8 times.

Unlike conventional contact lenses that are soft and pliable, these telescopic contact lenses are made of rigid “scleral lenses” that, Tremblay insists, are still comfortable to wear and safe.

In a statement given at the American Association for the Advancement of Science (AAAS) annual meeting in California on Friday, researchers went on to explain that these contact lenses contain “small mirrors [that]bounce light around, expanding the perceived size of objects and magnifying the view, so it’s like looking through low magnification binoculars.”

Funded by DARPA with the original intent of giving soldiers bionic eyes on the battlefield, the lenses are the result of an international team of researchers representing the Ecole Polytechnique Federale de Lausanne in Switzerland, the University of California, San Diego and experts at Paragon Vision Sciences, Innovega, and Pacific Sciences and Engineering. 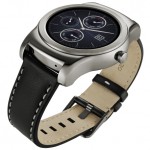