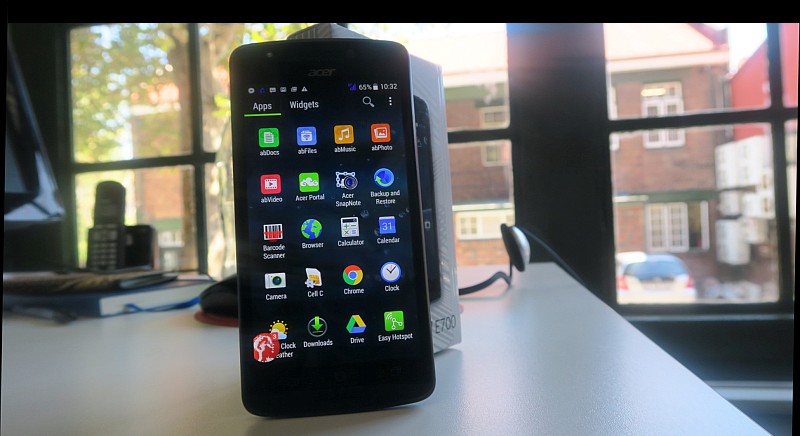 There is no second guessing the aesthetic of the Acer Liquid E700 Trio or the way it feels in one’s hands. The phone looks great and feels good to the touch. Its black design is minimalistic and elegant. The front of the phone is plastic and the back is rubber which gives it a tight grip. The phone retails from R3180 but feels more expensive than that.

Noticeably the phone features three microSIM card slots, hence the “Trio” at the end of its name. The slots can support SIMs from different networks and they seem to work fine without interfering with each others’ signals business.

The SIM settings in the phone’s UI allows the user to determine which SIM should be used to what purpose.

For example, one SIM can be used for voice calls, another for messaging, and the other for data connections.

This is great if one has a contract phone and data runs out, or multiple SIM cards to get deals on the different networks. It’s cheaper to phone a landline in South Africa from a Telkom Mobile SIM. 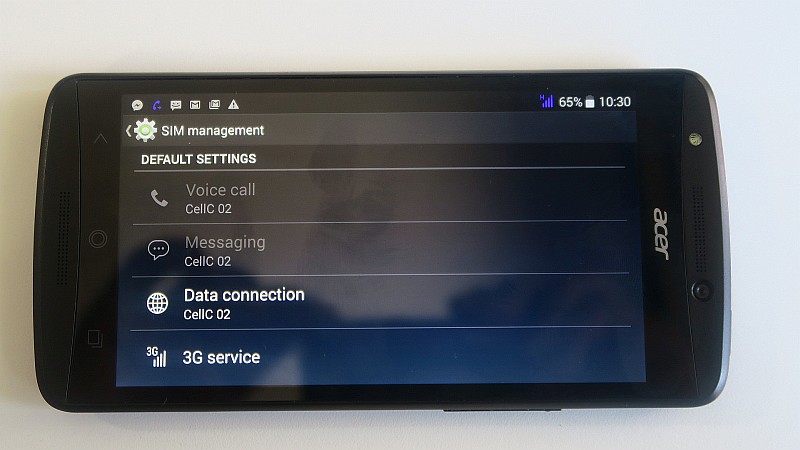 The phone also detects when no SIM card has been chosen and asks the user which they would like to use. Nifty.

The phone at the front boasts the same design style as the HTC One M8, hugged on either end by a speaker, the bottom for music and the one at the top serving as an earpiece. Above the lower speaker the usual Android touch buttons can be found too. I found the buttons to be too hard to press. They do not respond well to a gentle touch either. Often I had to press them more than once to get them to respond and quite firmly at that too.

Aligned next to each other, the SIM card slots fit around the camera, and the Google Music and Camera button. A long press of the button opens up the camera and a short one opens up Google Play. The SIM slots themselves can be accessed by popping the rear cover off, an action completed by running a fingernail around the edge of the phone. 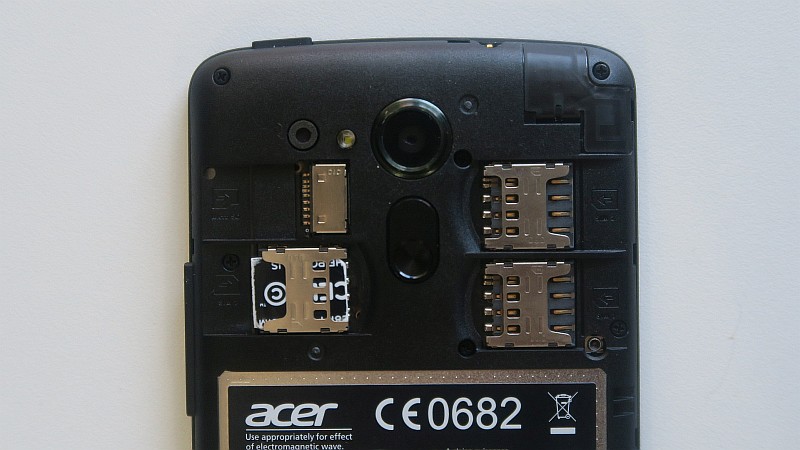 The phone’s graphics are quite rich, exaggeratedly so. The colours are radioactive and not natural or warm. Its 5-inch screen boasts a standard 1280×720 pixels with a 294 ppi pixel density — not bad. As a result, the photos and video look great if not a bit too rich.

The phone runs on Android 4.4.2 Kitkat. With that said, there has been an annoying period with the phone downloading a system update that popped up every other day. Not sure what that was but its frequency definitely irritated me and note, it was an Acer update, not the actual Android OS.

The phone also has the usual features 2GB of RAM, a quad-core 1.2GHz CPU, 16GB of internal memory and microSD support for up to 32 GB. 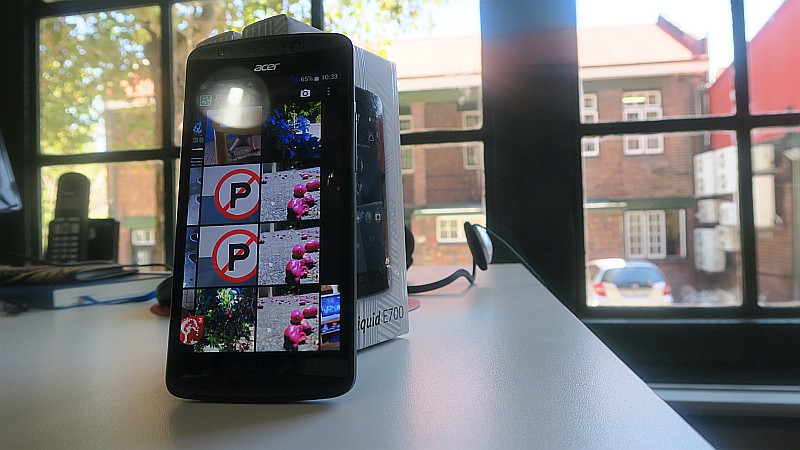 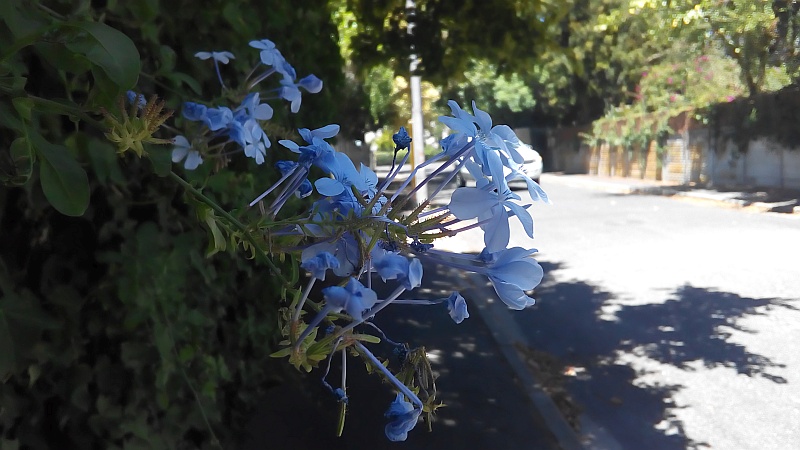 The colour reproduction is great even in shaded situations. 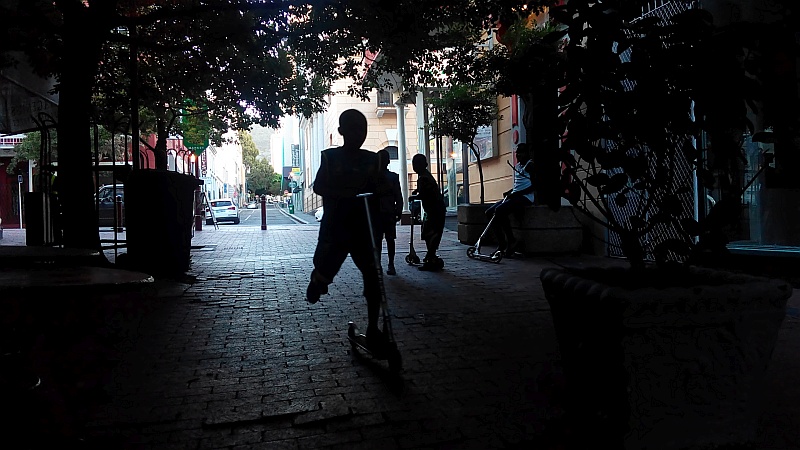 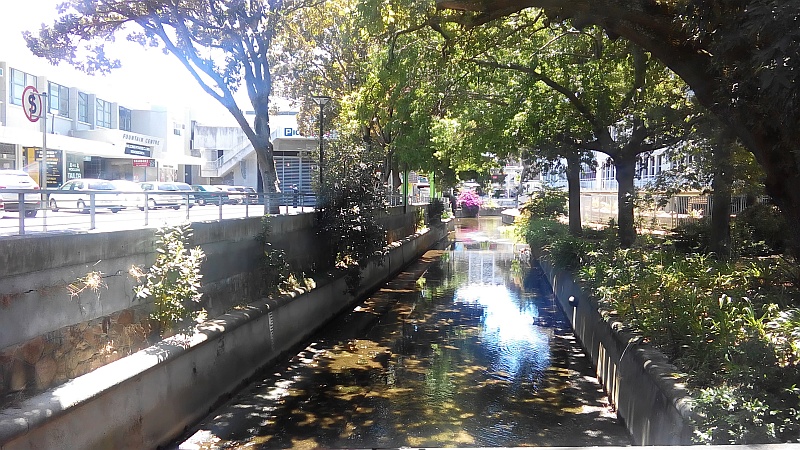 Struggling with light (far left of the picture) but everything right of that seems balanced. 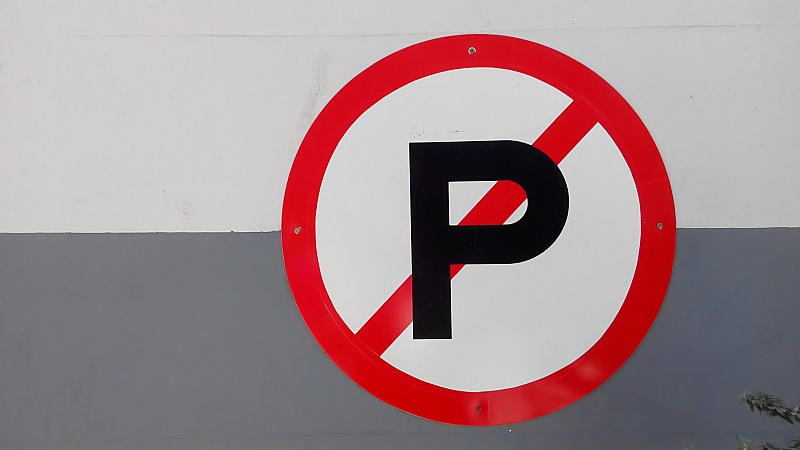 Another shot of the brilliant colour reproduction. 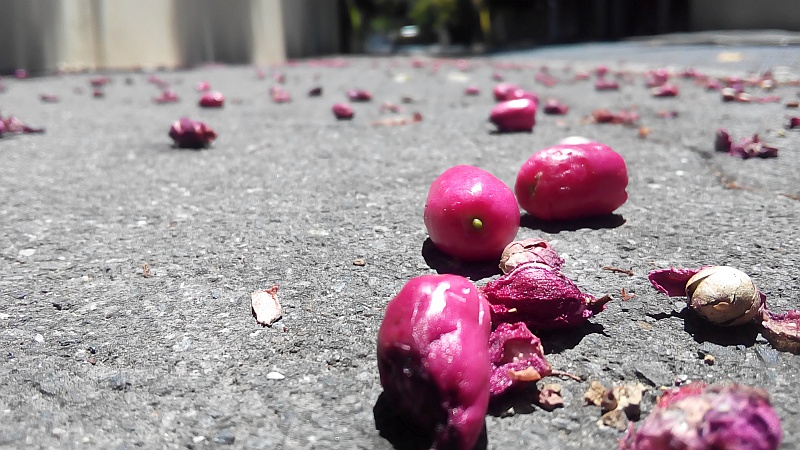 Depth of field is handled well as are the colours.

The phone’s primary camera features an 8MP sensor, with an auto LED flash. The photos look great with colour saturation at its best. The camera also has the ability to record in 1080p. The front camera is a 2MP unit also featuring an LED flash.

The biggest issue with smartphones of today is the lacklustre battery life. It is the greatest irritation, to have the battery die on the road whilst taking only two pictures.

The Acer Liquid E700 Trio doesn’t have these issues as the battery’s life is impressive (almost so that I forgot where I put the charger most of the time). Speaking of the charger, it’s enormous yet it’s labeled as a travel charger. But perhaps, it is for this reason that the phone holds a charge for a while. Productivity over looks, I suppose.

I can leave with that when it comes to something as public shy as a battery. The battery is a 3500mAh unit too which the company claims can last up to 100 hours through music playback. I couldn’t quite eke out 100 hours of audio playback (for practical reasons), but when I did listen to music, the device held its own. If you’re a radio or podcast lover, you’ll love this device

Verdict: The Acer Liquid E700 Trio retails for a good, worthy price and its camera capabilities are a big plus. The triple SIM support is great for those swapping between networks and the battery life is astonishingly long. It’s a pity that the screen is its biggest let down. Regardless, it’s a great buy if you’re looking for three-phones-in-one.

We’d like to thank Orange South Africa for the review unit. The Acer Liquid E700 Trio can be purchased at Orange’s online store here. 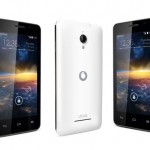