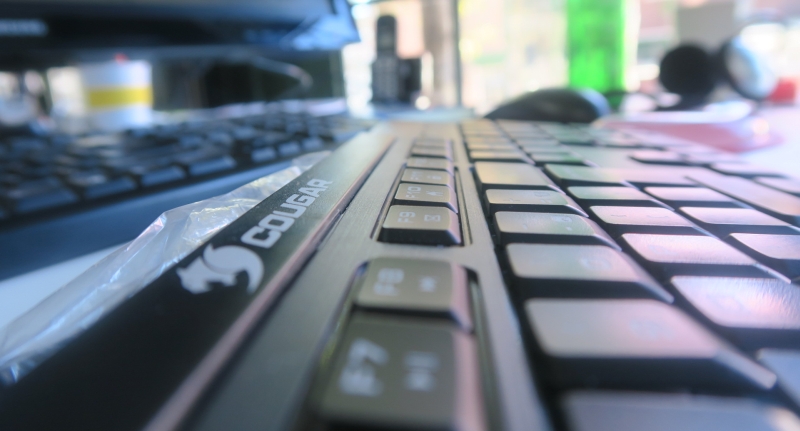 Not too long ago, PC gaming was an activity enjoyed by the fairly wallet-heavy, with components and hardware prices setting users back a fair few bills (at least in South Africa). Granted, this hasn’t changed much at the top end but the term “budget” is more pronounced in the market with companies thinking of emerging gamers as a primary audience. Don’t quite believe me? Take COUGAR‘s latest budget-orientated gaming keyboard for instance.

The COUGAR 200K is a slim gaming keyboard that retails for just R370 in some cases, but packs some sterling performance for that price. It doesn’t quite look cheap at all too.

It’s not a mechanical behemoth like its 700K big brother, or the Logitech G910 Orion Spark we reviewed late last year but it’s strangely satisfying nonetheless.

A relatively flat keyboard, the COUGAR 200K features an in-house developed scissor switch system which allows the company to keep the profile sleek and slender. It’s a keyboard that wouldn’t look strange on anyone’s desk really, from the avid gamer to the work nut.

COUGAR goes to great lengths to tout its scissor switch system as the next big thing for budget gaming, and largely it has every right to do so. It was miles easier typing on this keyboard than the Logitech G910, which I found to be wonderful for gaming but a bit too lavish for day-to-day use. Of course, the G910 is in leagues above COUGAR’s offering at least in terms of price, but it’s worth noting that keyboard design is really a point of personal preference.

At the price point, COUGAR can’t exactly splurge on mechanical switches either, but the scissor system is accurate nonetheless. It’s not usually found on gaming keyboards, but it features anti-ghosting technology which means the 200K should be just fine during high tempo gaming. This was largely true in practice too. The keys also sit rather flush in the keyboard, which makes spanning the keys a vastly easier affair than some other keyboards. It’s remarkably comfortable for everyday use. Disadvantages do however creep in though after a few days of constant mashing.

The scissor system, if damaged, can force a few keys to pop out slightly, leaving a rather lopsided looking board. The “9” key was skewed as a result, and my, was it annoying. Popping the key cap out and refixing it didn’t help either.

There were also a few build quality issues, from a few manufacture indentations on some of the keys to caps that didn’t quite fit the switches properly. Granted, I wasn’t expecting all to be well at this price range, but it is disappointing nonetheless. I can only suggest you conduct a thorough physical investigation of the board before purchasing.

You won’t get the host of hotkeys or media keys with the 200K either, and this is another mild issue. There is a button (FN key combination) to adjust the keyboard back light though, which scans through a range of about seven colours with three brightness settings. It’s a nice touch especially for a budget board, but not all colours are considered which will annoy those after a specific colour scheme. The backlight colour also tends to default to orange after a restart which means the user has to return the colour manually whenever the computer is switched off.

As noted before, vigorous gaming on the 200K should be dealt with relative ease but the lack of a hotkey selection (if your mouse is particularly simple too) won’t be too much of an advantage in strategy-rich games. And thanks to its rather slim profile, finding the keys can be difficult at first.

Unlike Logitech however, COUGAR has been thinking about the lefties, allowing the arrow keys to double up as the WASD keys. It’s a nice touch.

Verdict: There aren’t too many keyboards around the R400 mark that qualify as world beaters. The COUGAR 200K isn’t one of them either but it can definitely hold its own. It’s a solid keyboard with an adequate and accurate switch system and a slim profile, but if you’re a more avid gamer you’ll miss those hotkeys and programmable functions the more expensive boards provide. There were a number of build quality issues with it though, which (quite literally) dented its score slightly, but I can’t knock the entire range based on one lemon.

Nevertheless, at this price point, the COUGAR 200K is a definite winner for casual gamers. 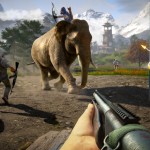