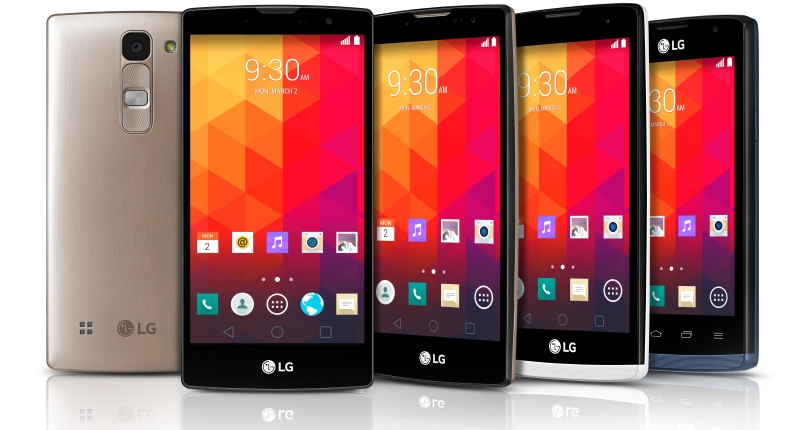 LG and Android Lollipop has a cute little relationship, with the company’s G3 smartphone being the first to don Google’s new coat of paint, but the company has now announced it plans to launch four new mid-range smartphones that will run Lollipop at next week’s MWC 2015 in Barcelona.

The LG Magna, LG Spirit, LG Leon and LG Joy will be the company’s latest mid-range onslaught in a rather difficult to decipher mid-tier market. The phones don’t exactly look mid-range either, with glam akin to the range-topping LG G3. It’s quite easy to like the phone’s exterior aesthetics, and in an ever-thickening mobile market, it seems that physical differentiation is a key area of design going forward.

But to make sense of these rather similar devices, we’ll have a look at each individually in a little more depth.

The Magna will be the lionhearted (or “ultimate”) member of the quadruplets boasting a 5.0-inch screen (which has seemingly become the norm now for the upper-mid tier) with a resolution of 1280×720 (if you do a reverse PPI calculation) with a quad-core CPU and 1GB of RAM. Cameras are clearly geared towards the selfie lover with a 5MP up front and an 8MP at the rear and there’s 8GB of storage available too.

Interestingly, LG slaps a removable 2540mAh battery into the phone, which should mean a fair battery life number the Magna. The removable battery is a key feature in all four phones.

The phone will boast LTE connectivity and a depth of 10.2mm, which isn’t wafer thin but thin enough to pry into a tight pocket. The Spirit boasts a slightly smaller screen at 4.7-inches (on par with the iPhone 6, for comparison’s sake) but does boast a higher pixel density than the Magna.

It’s also slightly thinner than its bigger brother but as a result houses a smaller 2100mAh battery. Cameras are also scaled back with a choice of an 8MP or 5MP at the rear an a 1MP at the front, which shouldn’t be too useful unless you’re a video call fanatic.

The cameras are an important part of LG’s strategy though in these phones, according to the presser.

With the new mid-range lineup, LG is carrying over popular UX features originally designed for its premium smartphones. Gesture Shot makes it easy to take great selfies with a simple hand gesture that starts a three-second countdown. LG has extended the distance from which the camera can recognize gestures to1.5 meters to accommodate popular selfie sticks. Glance View, which debuted on the G Flex2, lets users quickly access key information such as time, recent messages or missed calls with a simple downward swipe of the screen, even while the display is off.

The internals, interestingly, remain the same. The LG Leon is more of a house cat than a lion, but we’ll take a name and run with it.

Roaring into the fold is a smaller 4.5-inch screen at 854×480 (which means a pixel density of just over 200PPI), the same internal specs including the LTE radio but a smaller 1900mAh battery. The rear camera options resemble the Spirit but up front a VGA is employed, which should be horrible for selfies but great for those who don’t really need a front-facing camera everyday.

For once, the internals see a shift towards the affordable, with a choice between a 1.2GHz quad- or dual-core depending on the market. RAM offered varies between 1GB and 512MB with internal storage offered standing between 8GB or 4GB options. What’s even more surprising is that this phone could be offered with Android 4.4.4 KitKat, but this again will depend on the market.

The same 1900mAh battery in the Leon is employed in the Joy.

None of these phones are particularly special, but LG is looking at the lower end of the market rather than focusing fully on the LG G4, a smartphone that will likely take the fight to the Samsung Galaxy S6, HTC One M9 and the like. LG CEO and President Juno Cho talks about balance in the lineup and phone specs, and these four seem to exhibit this quality well.

For millions of consumers around the world, the deciding factor on which smartphone to buy isn’t how fast or how big it is but how balanced it is. With our new mid-range smartphones, more and more customers will be looking to LG for their next handsets. 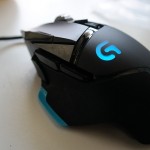