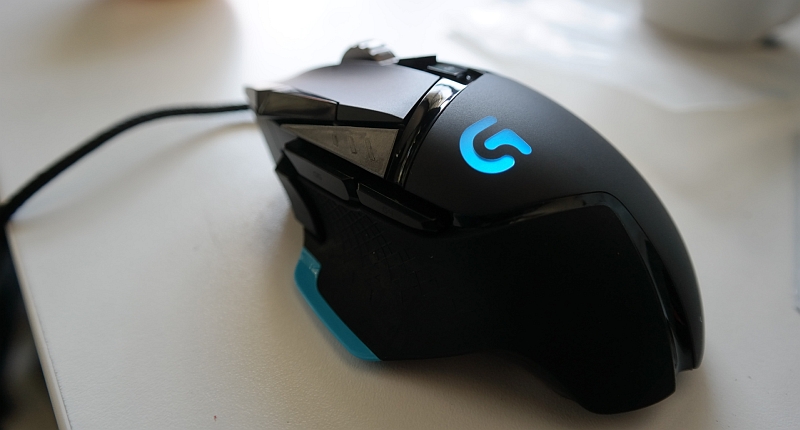 Logitech has been making some really cutting-edge hardware recently, with the likes of the all-conquering G910 Orion Spark gaming keyboard and the G402 Hyperion Fury gaming mouse. Adding onto the success of these two devices, Logitech launched another contender to the gaming mouse crown called the Logitech G502 Proteus Core.

Always with the trendy names is Logitech.

For starters, the mouse lives up to its changeable name, with a stealthy matte black and shiny plastic design approach. Fit with an oversized thumb rest too for the weary handed, the buttons along the mouse’s left hand side are all well positioned, and feel brilliant underhand. The metal-tipped scrolling wheel completes the premium, tactile feel. But is it all looks and no substance?

Well, not in the slightest. A 200-12000DPI sensor ensures that even the fastest FPS can be tamed, while the tunable sensor adapts to the surface you’re playing on, be it wood or a fabric mouse pad.

There’s also a ridiculously long braided cable to ensure that the mouse reaches even the most hard to reach USB ports.

But that’s just a brief over-view. Have a look at the gallery below to see the mouse in its backlit glory and catch the review on Gearburn after we put the mouse through its paces. 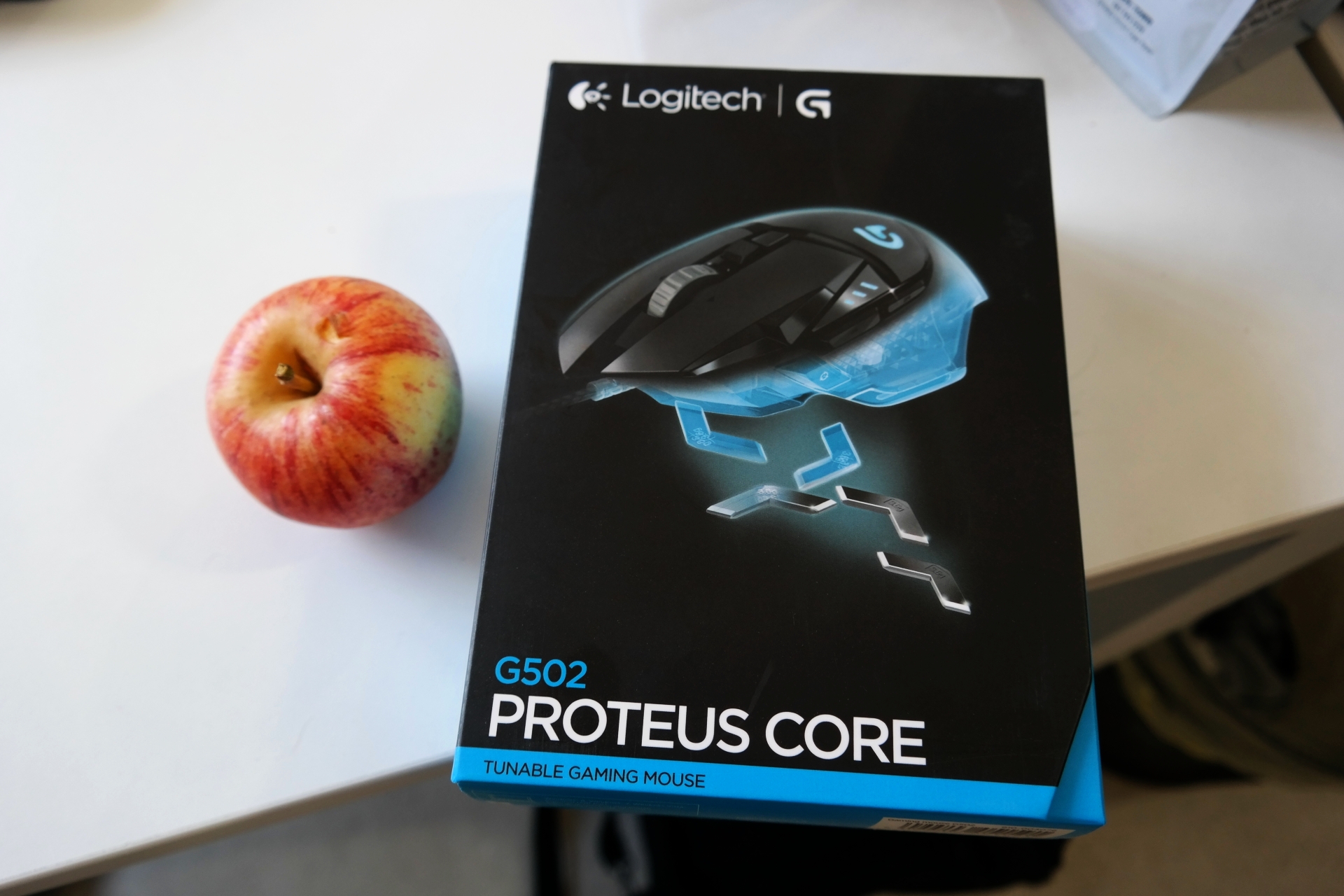 The box is a fairly interesting proposition, as well as the apple residing alongside. 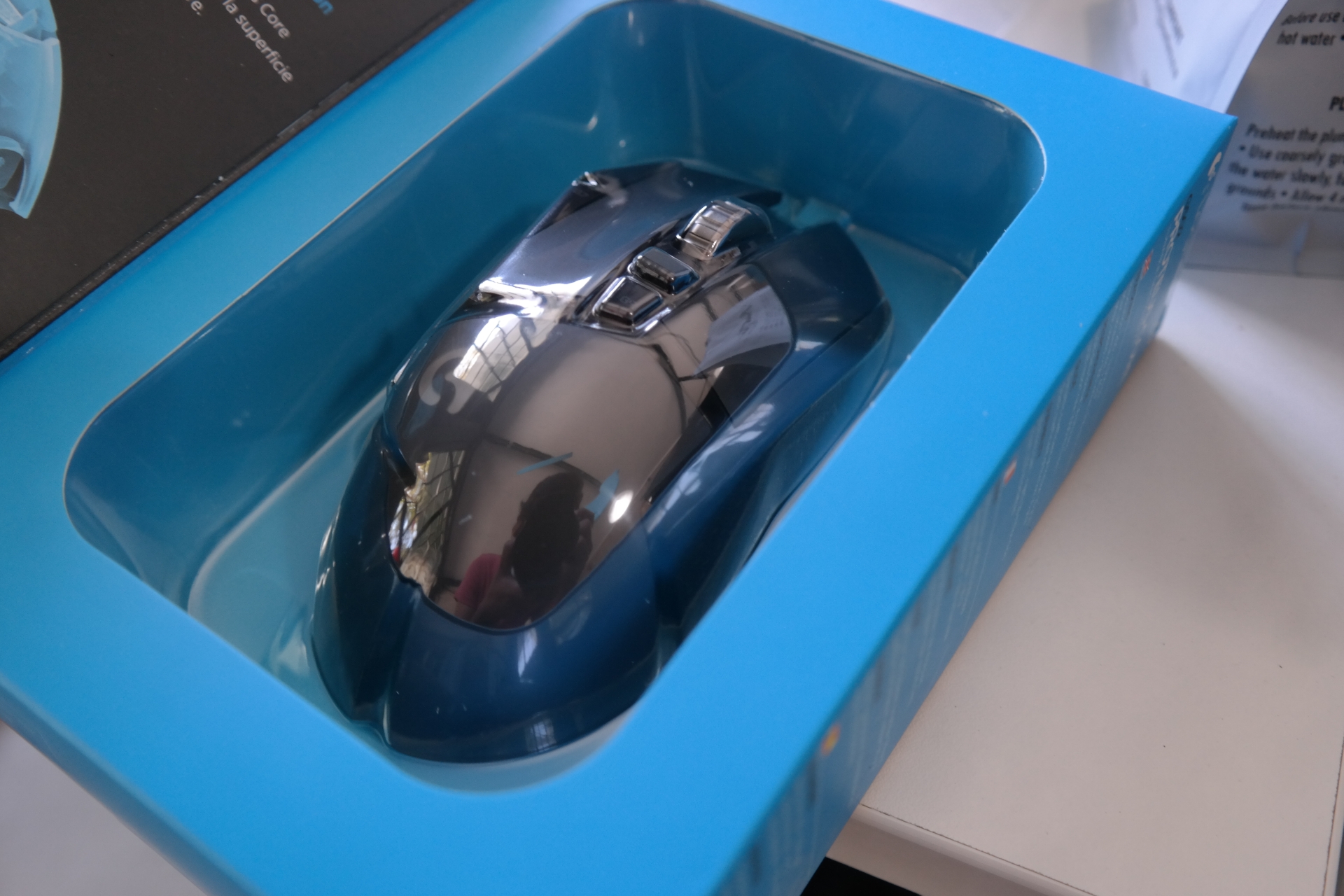 Nevertheless, it's terribly difficult to harm this mouse in its hard plastic shell. 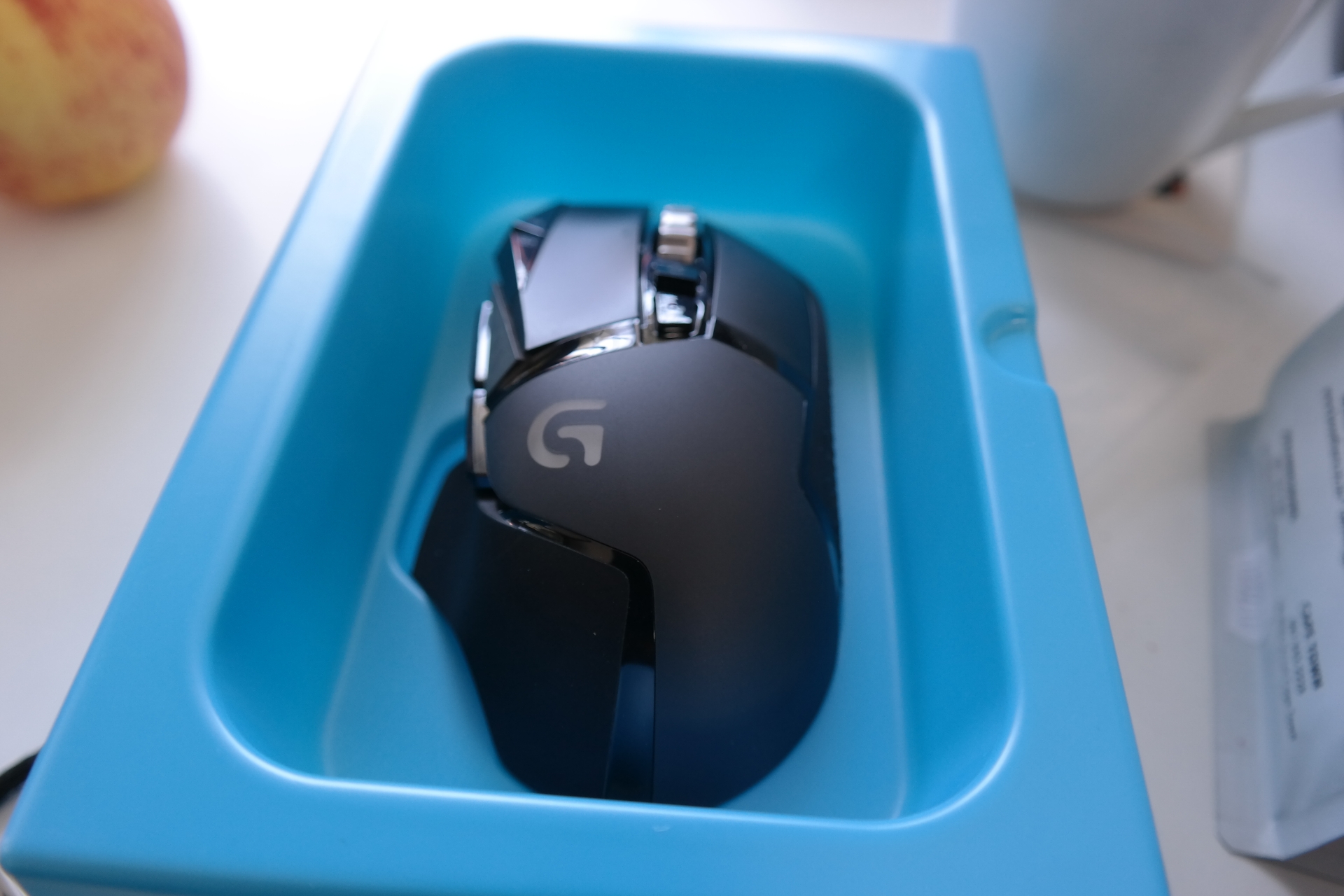 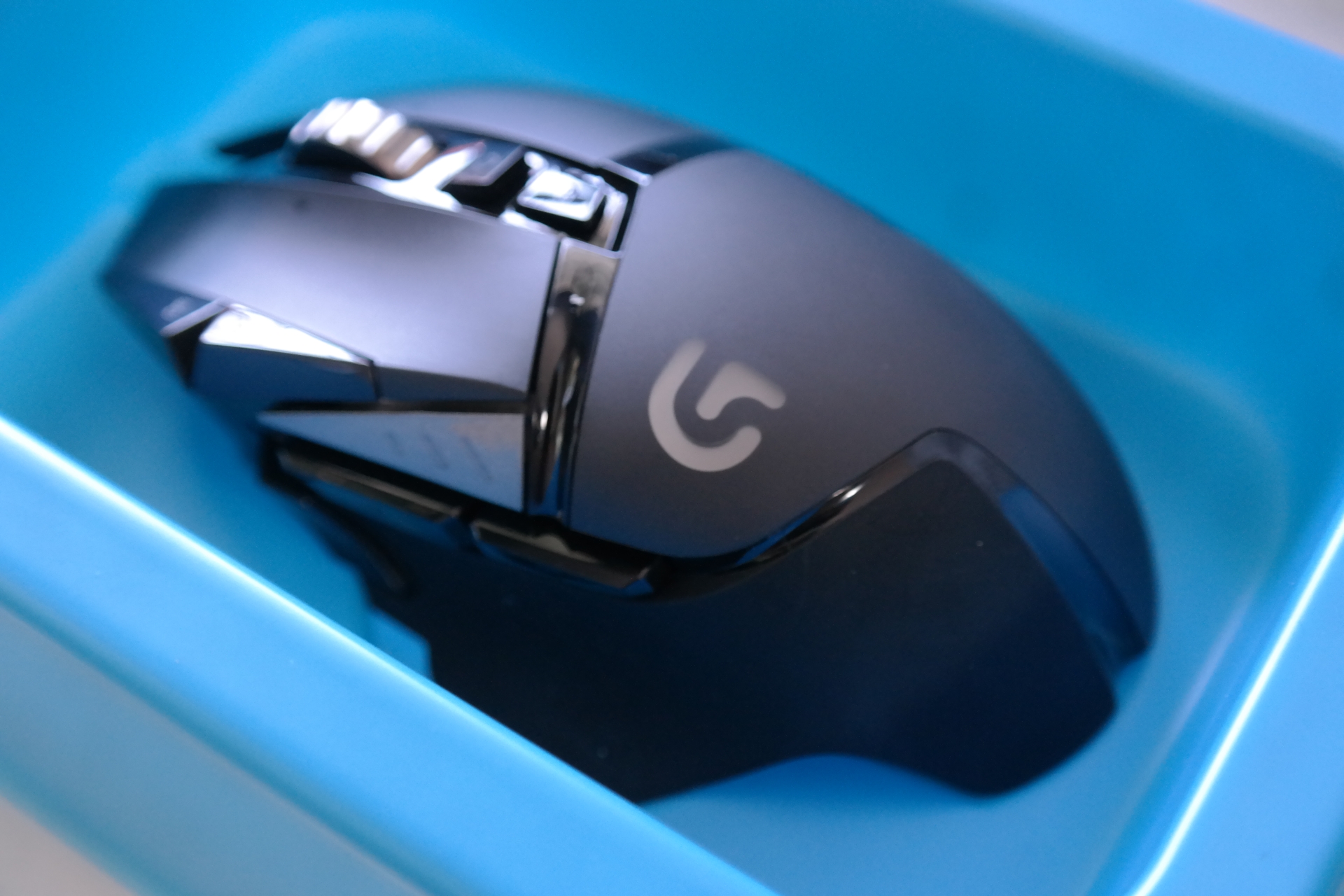 There's the G logo we've all come to know so well. 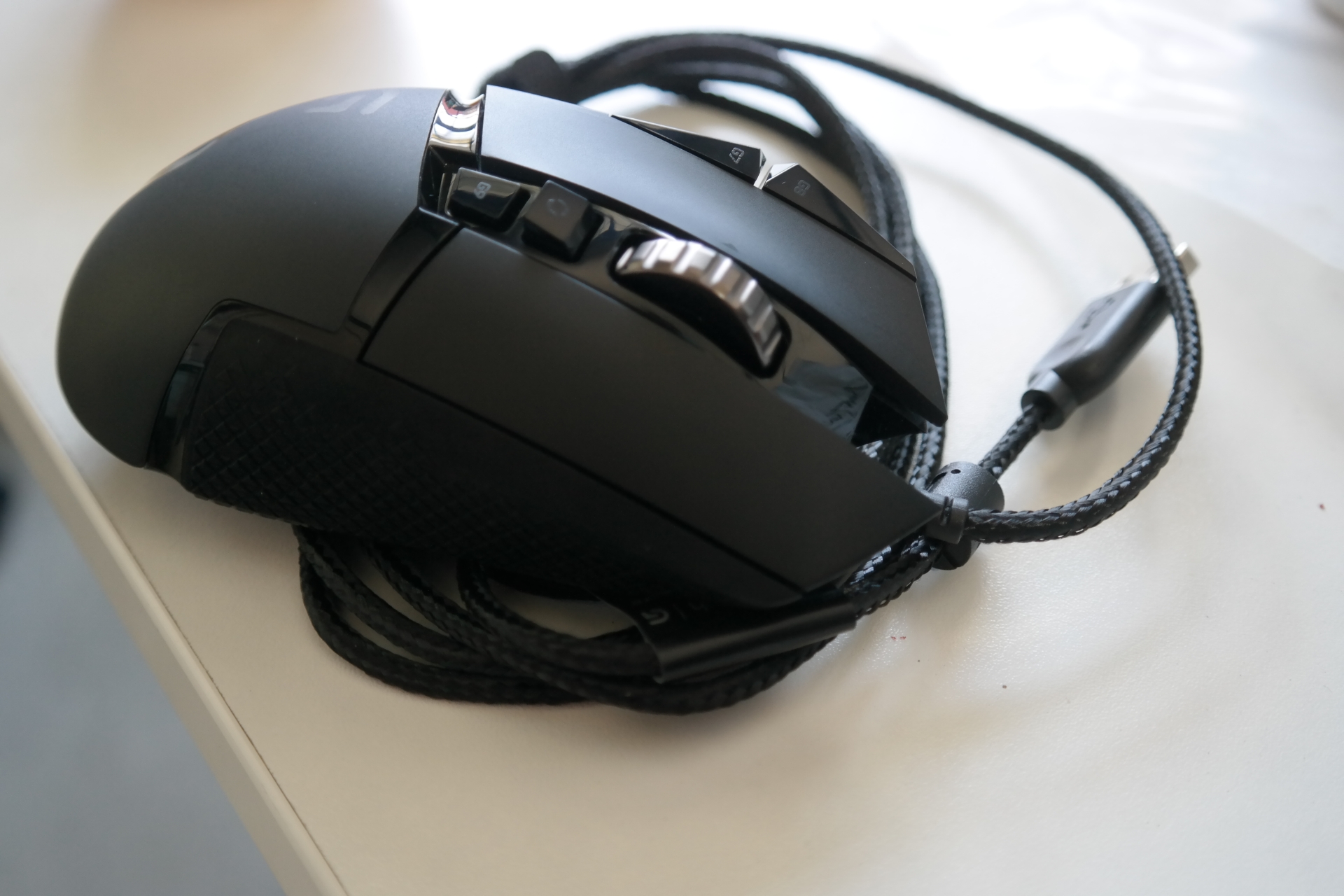 The scroll wheel is metal-tipped and feels rather great to the touch on a cold day. 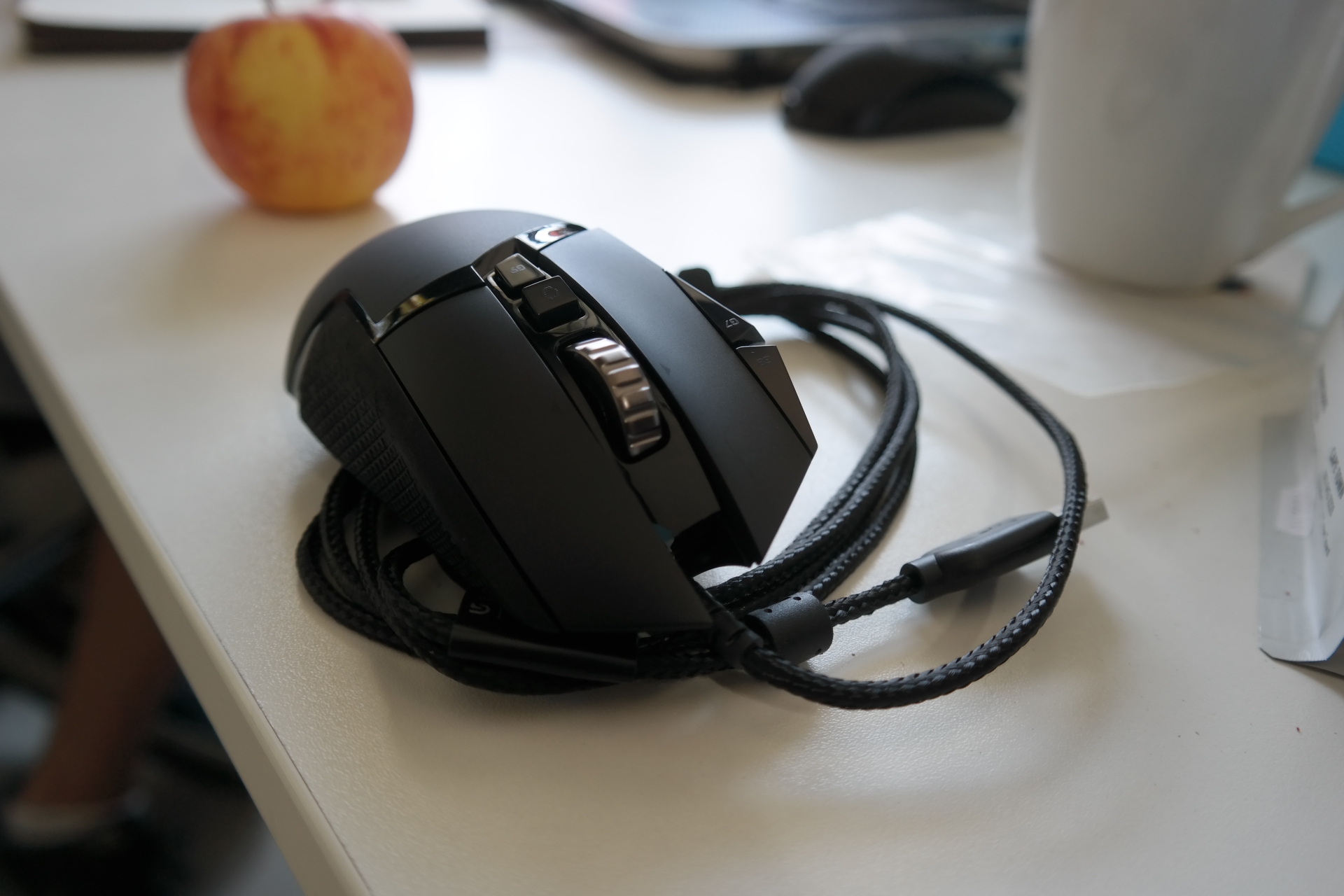 The included braided cable is probably the longest we've seen on a mouse, but it can be tied with the cable tie provided. 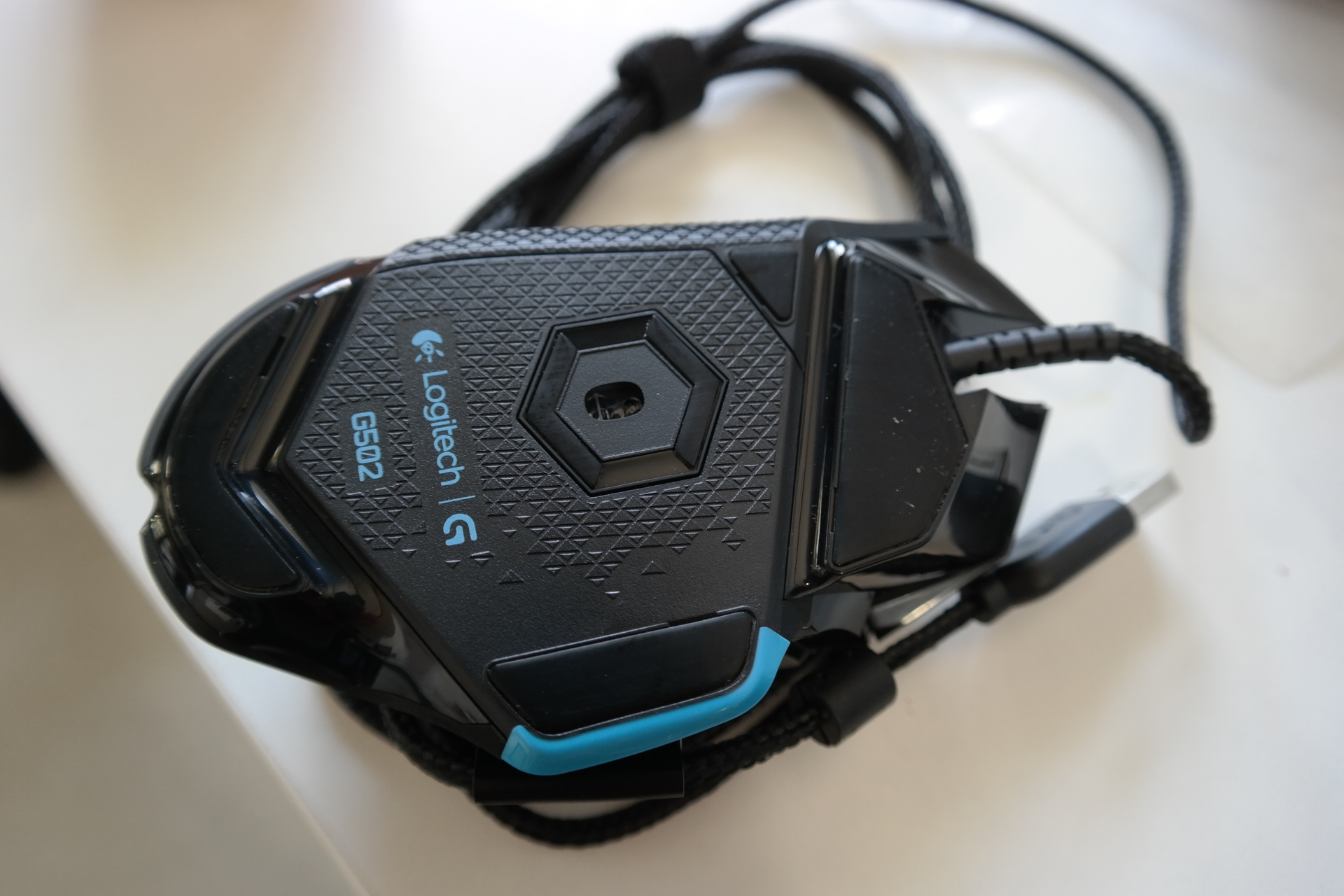 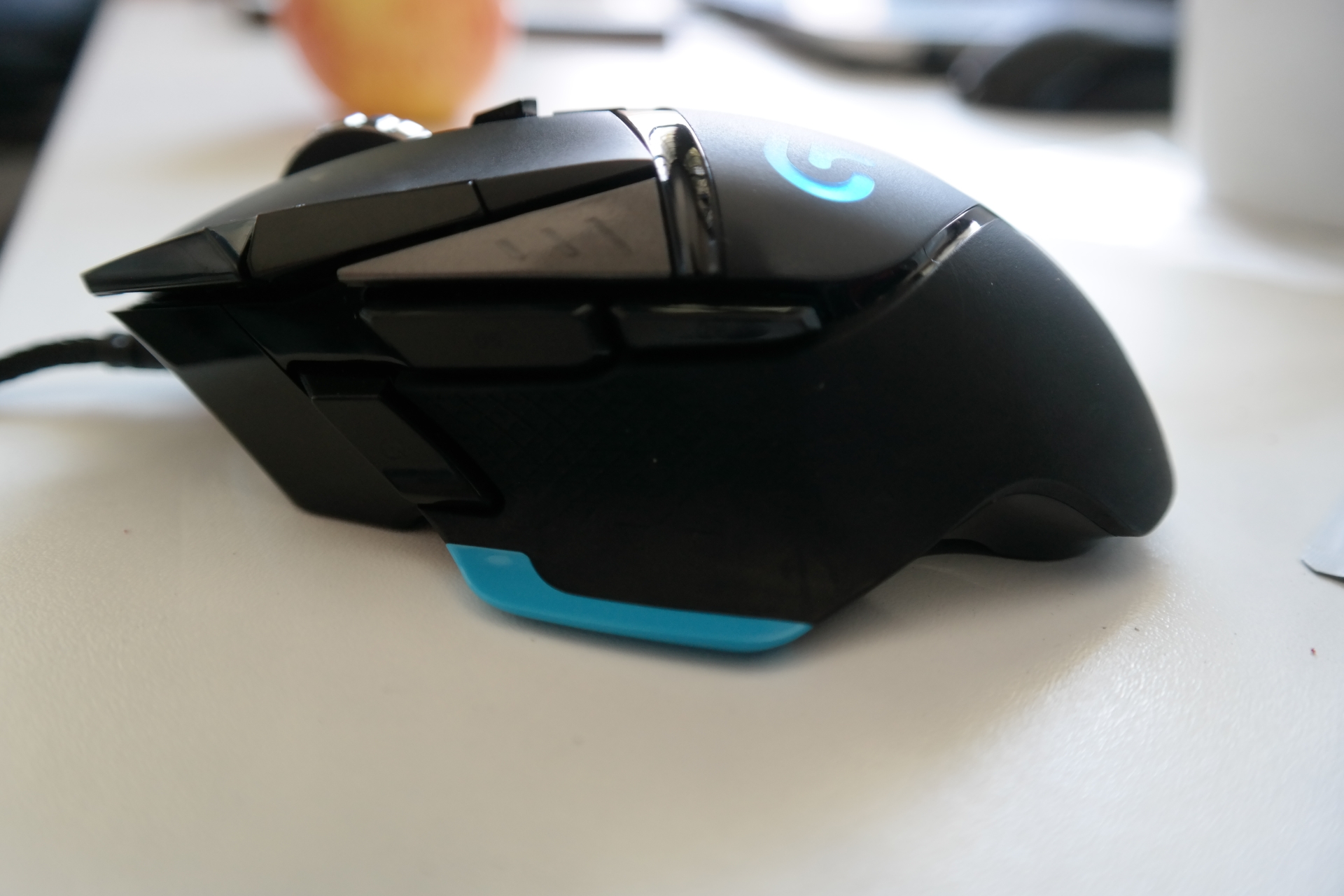 There's a brilliantly large thumb rest for those who enjoy resting their hands between melees. 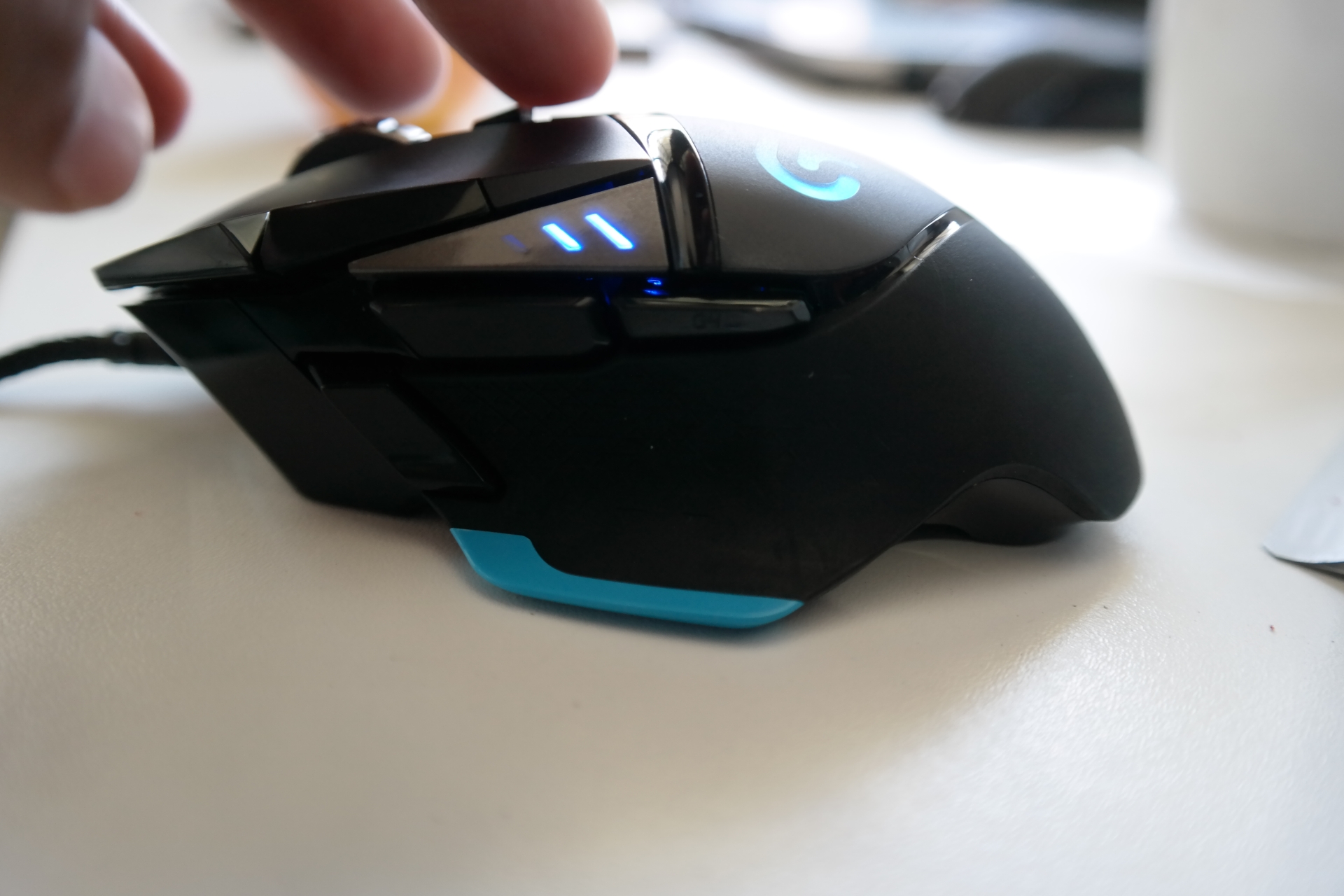 When the sniper button is depressed, the DPI lights on the side of the mouse pulses. DPI can be changed on the fly too. 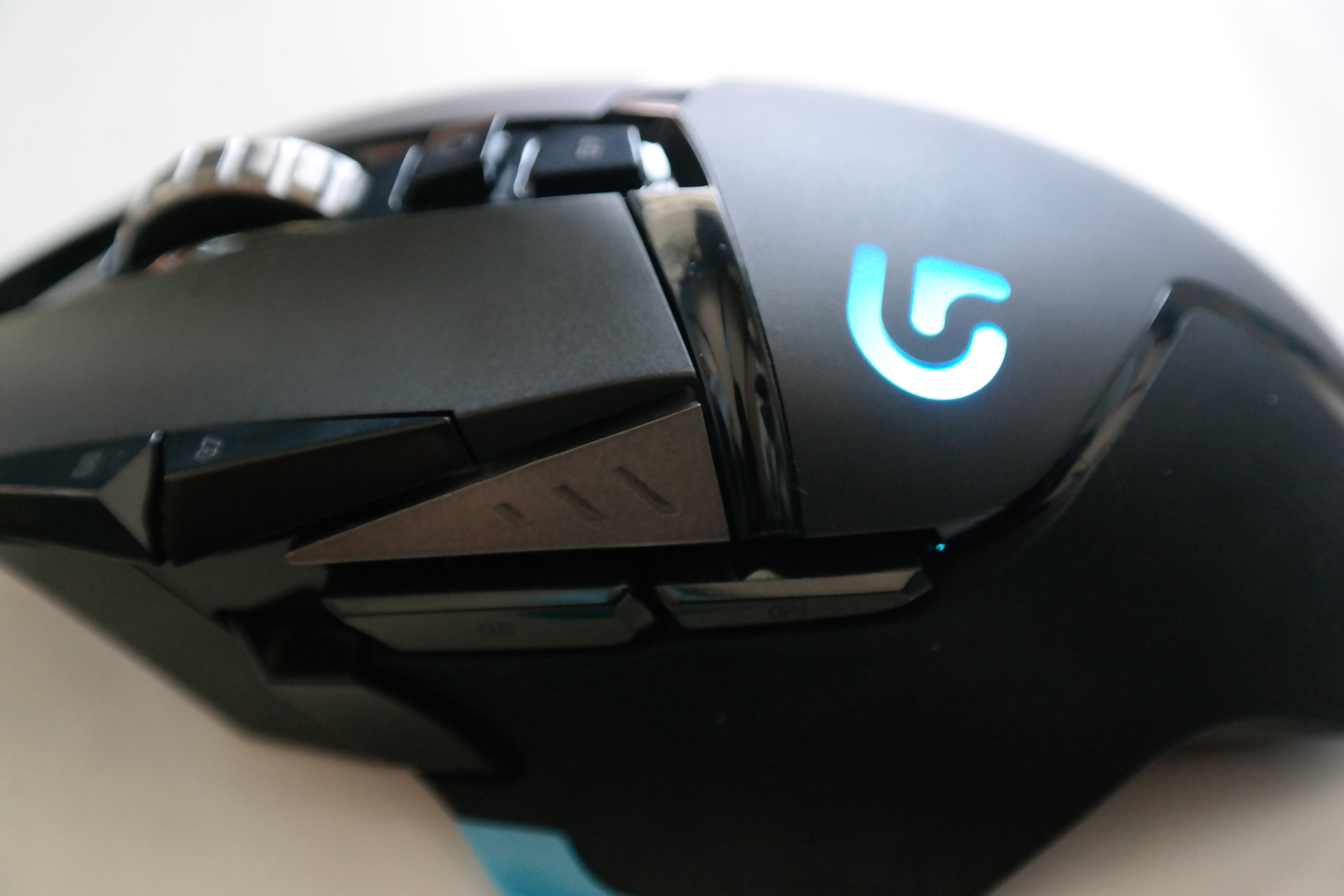 There are 11 programmable buttons, with five located on the side of the mouse. 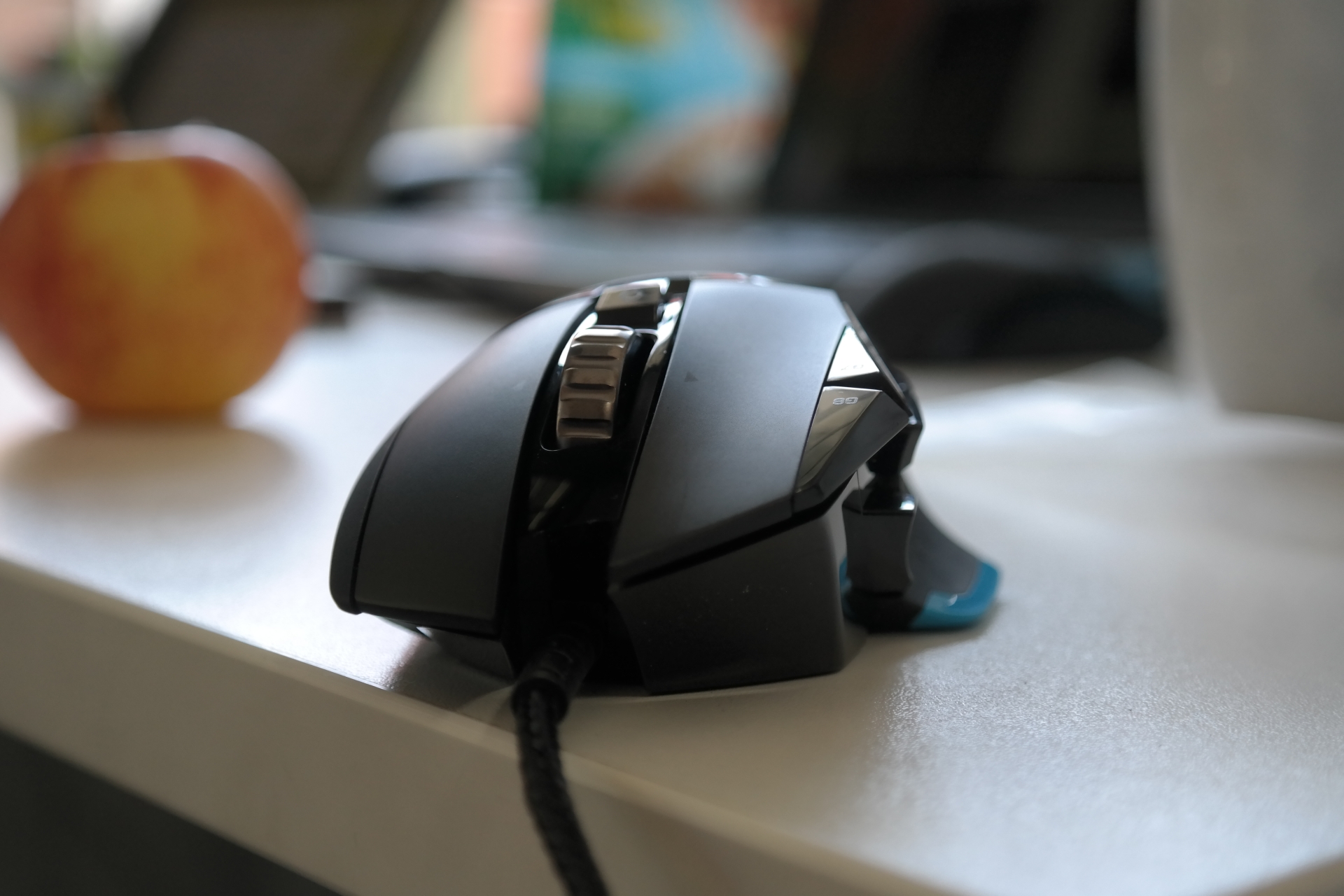 The left and right clicks do have a wonderful gradient, allowing the hand to slouch naturally down the mouse. 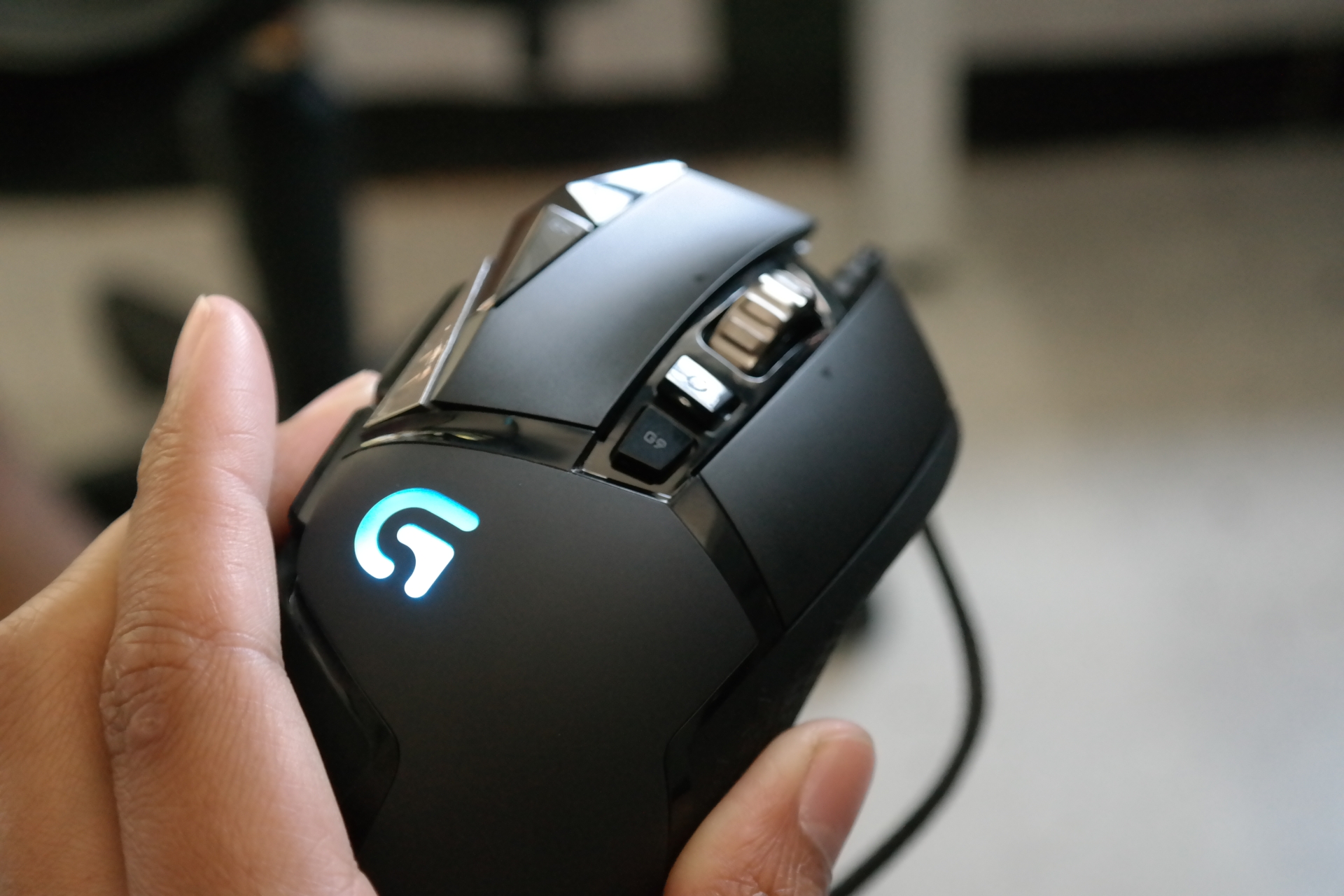 There are two buttons behind the scrolling wheel too. 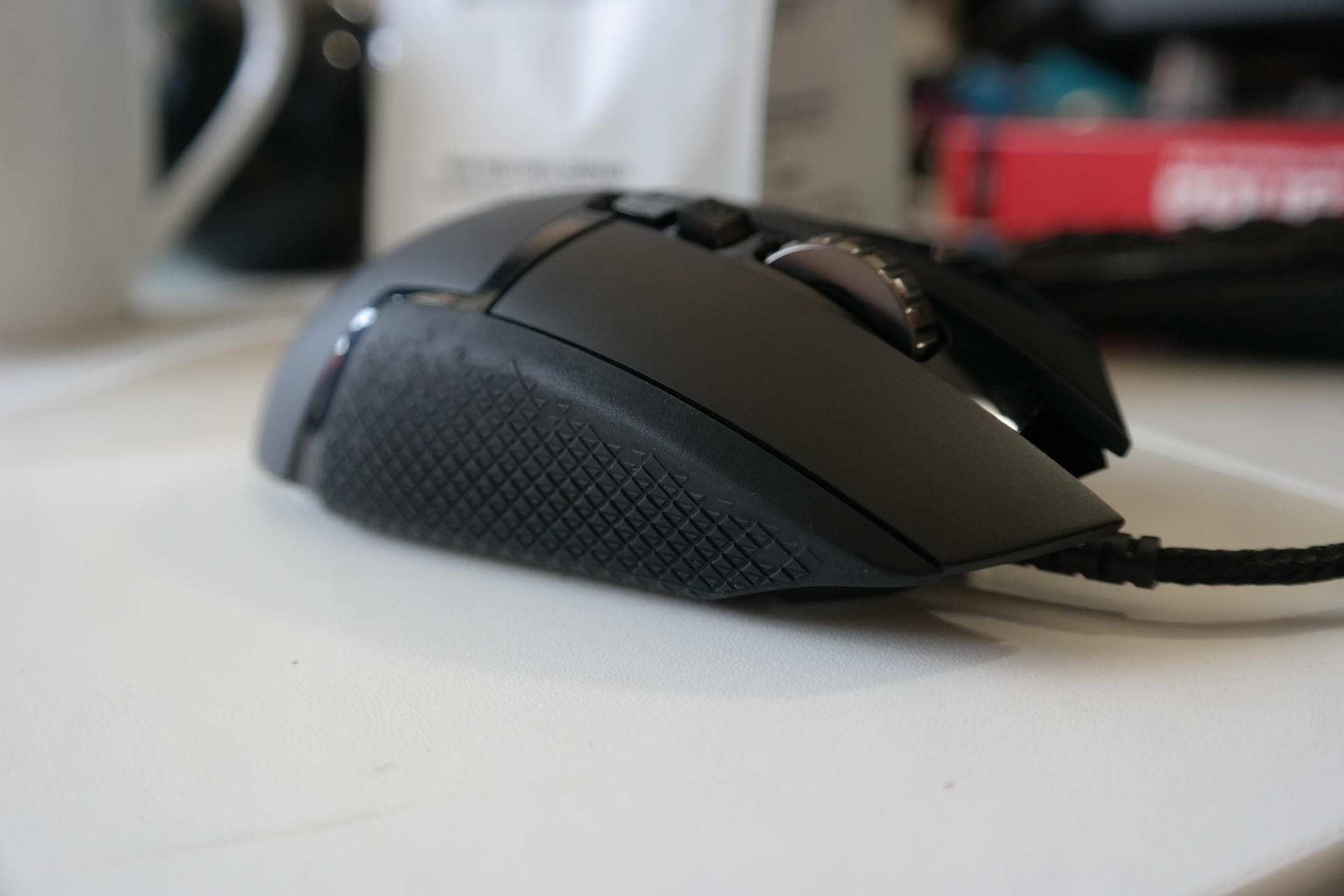 The mouse also has a rubberised surface on key areas, which makes it difficult to break grip. 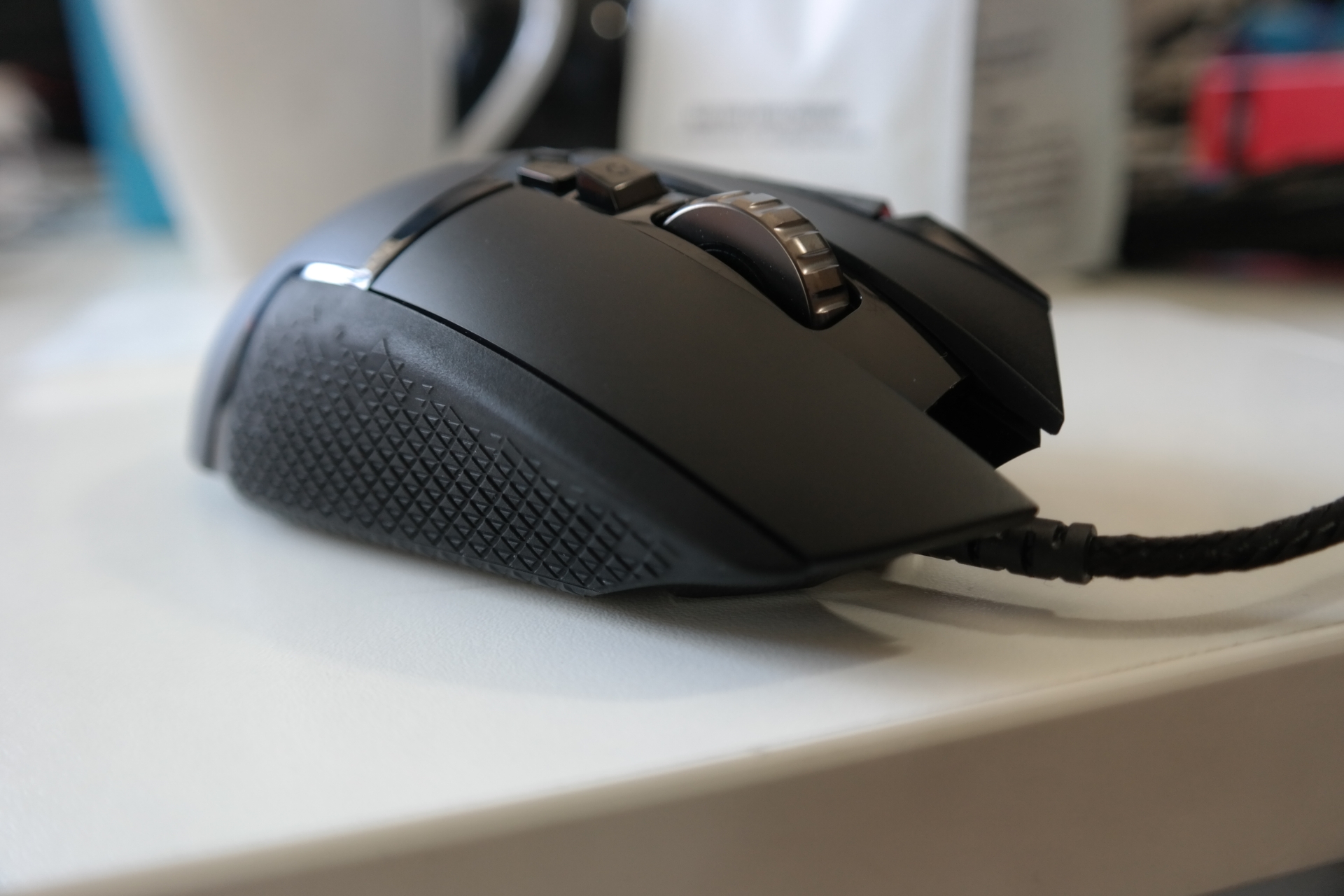 Another look at the front of the mouse. 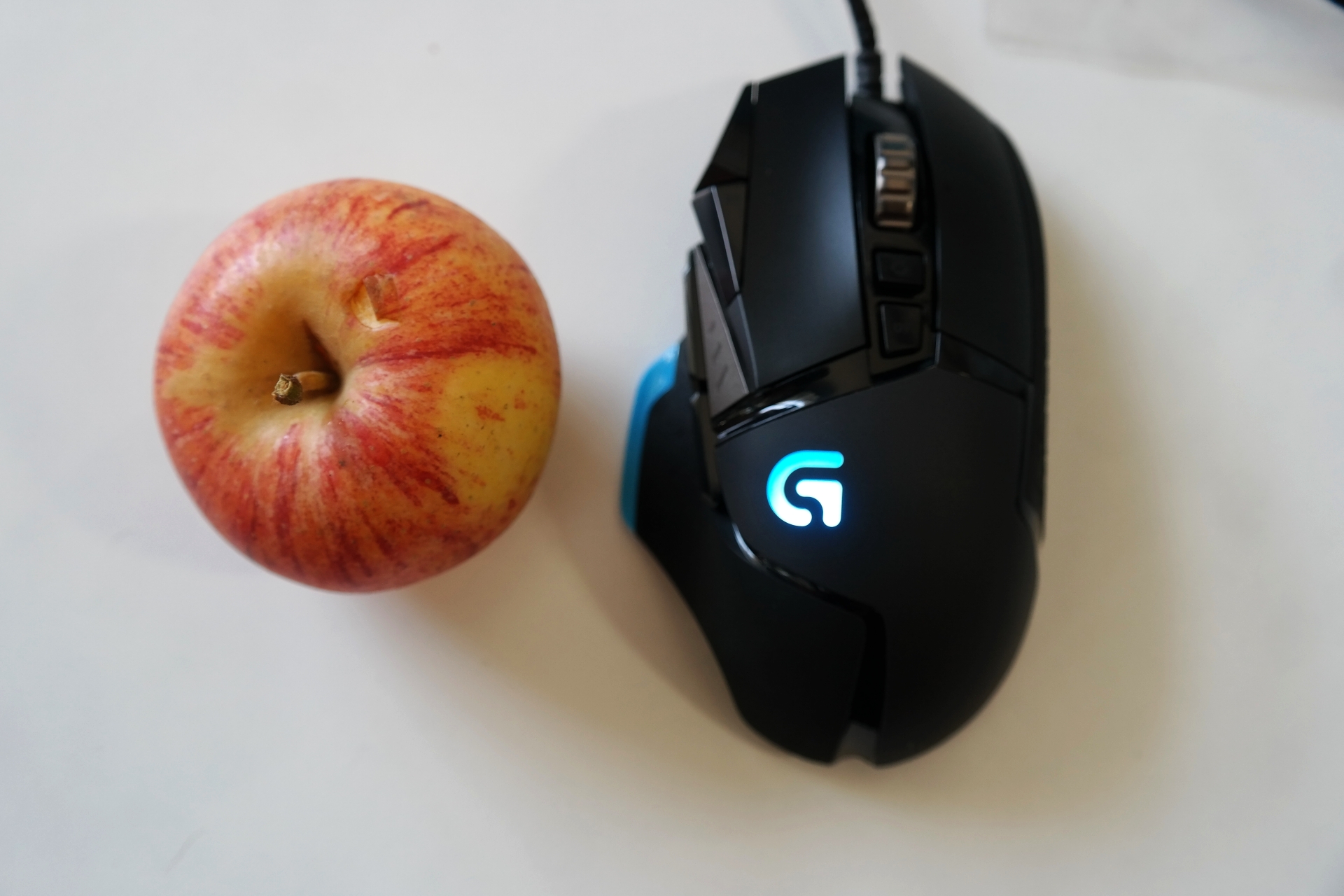 It's not a large mouse either, but it's comfortable for someone with a smaller hand. 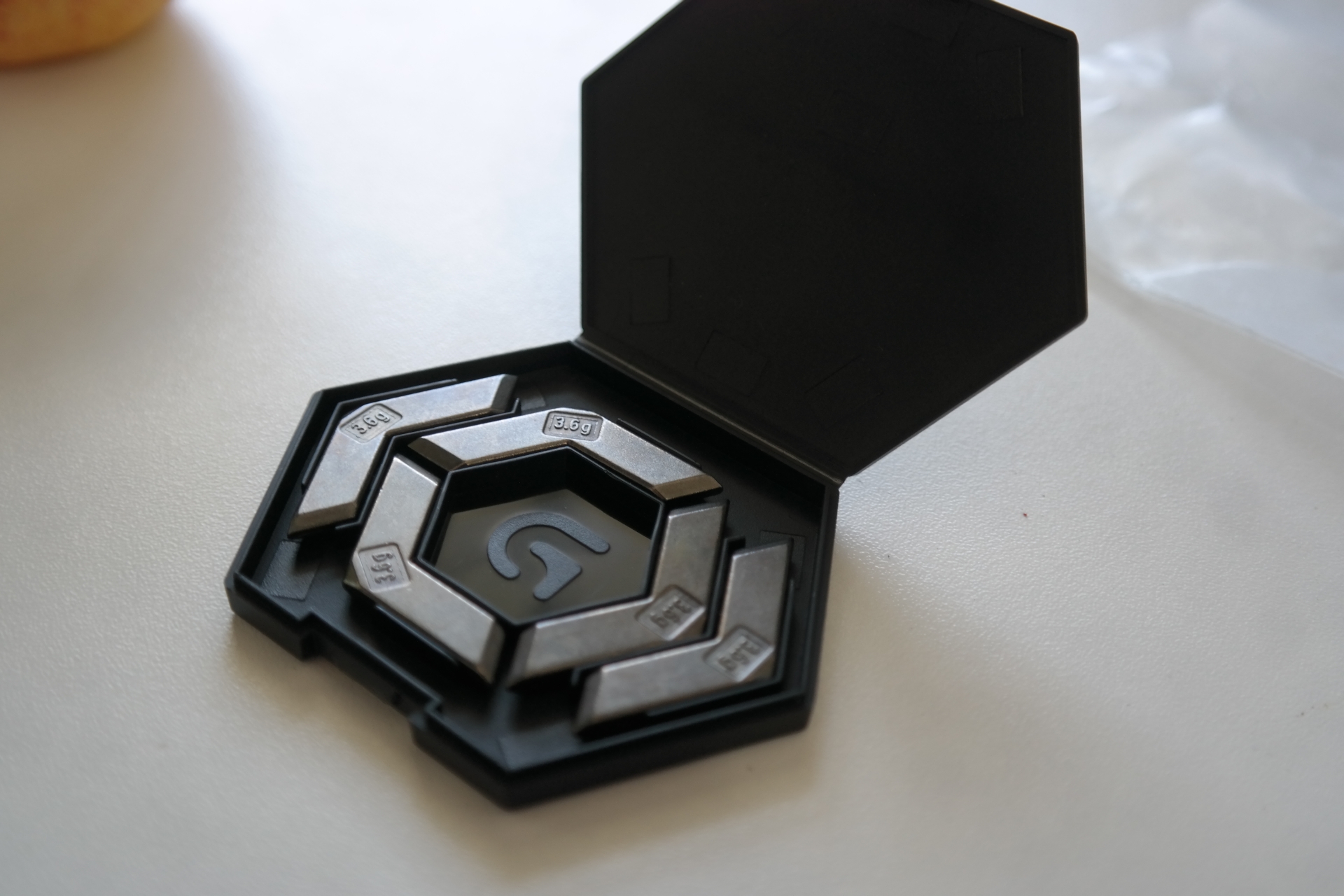 Logitech packs the interchangeable weights into a plastic carrying case which really sets it apart from other manufacturers. 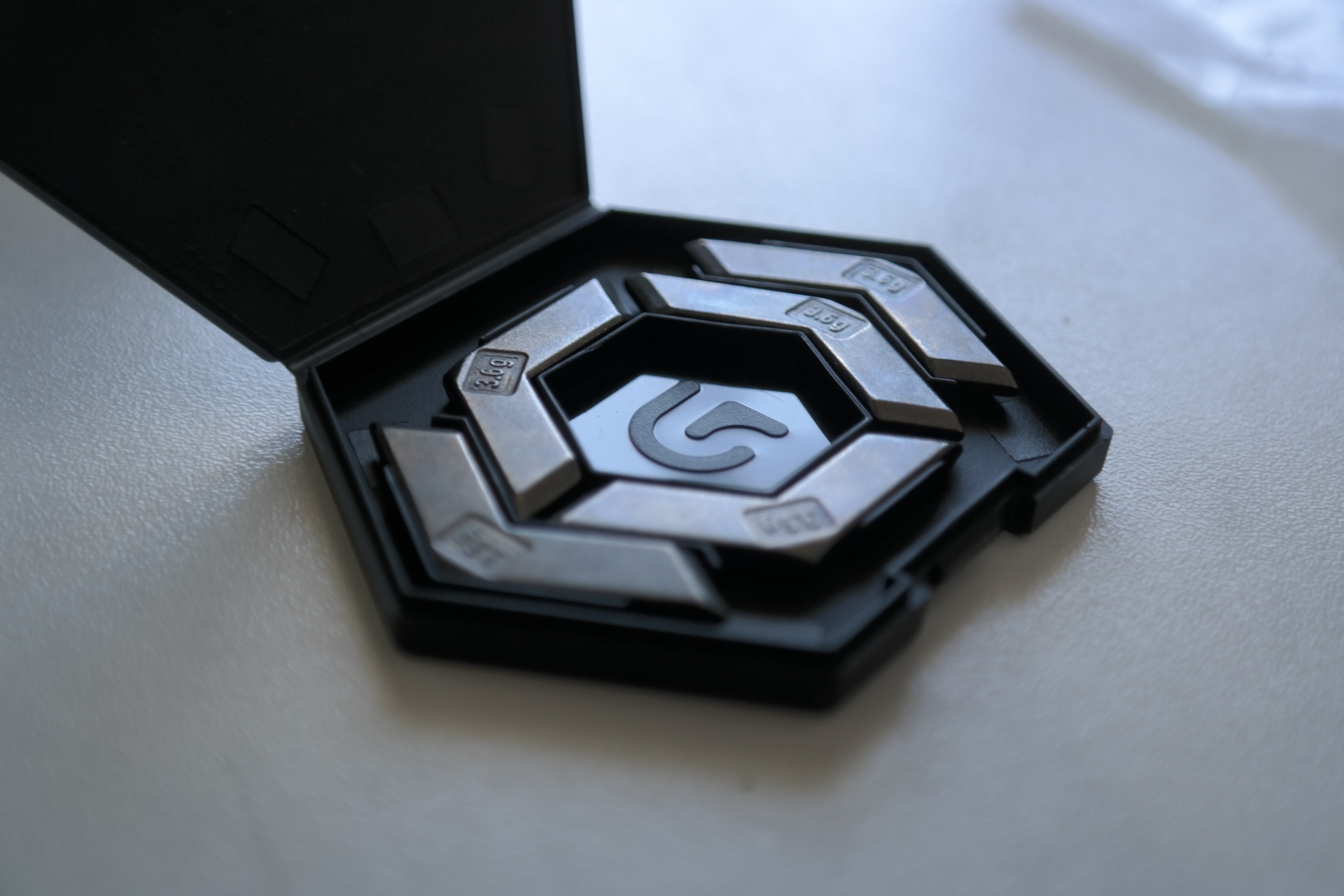 There are five weights of around 3g to choose from. 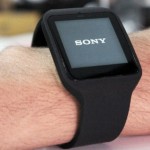