By Andy Walker, former editor
Read next5 gadgets and apps to better stalk your ‘loved one’ this Valentine’s 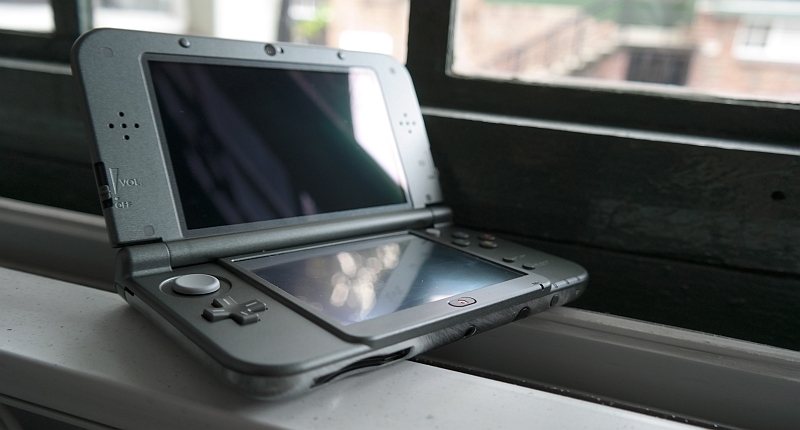 We’ve been very patient waiting for the new  Nintendo 3DS XL to bash down our office door, and finally the beautiful piece of Kyoto art has arrived in its bulky and considerably-heavier-than-expected box.

Although a proper video unboxing is duly on its way, we understand that fans or those just pining to purchase Nintendo‘s latest large handheld want a few inspirational images.

Nintendo has kindly gifted us a Monster Hunter 4 Ultimate Edition handheld, that features the game’s logo on the backplates, covered in shimmering silver.

The console itself is grey, but we prefer the darker finishes to the lighter — colours always tend to hold up well. And with the amount of gameplay we’re planning to engage with the Nintendo 3DS XL, this will be an important factor later.

Nevertheless, with beefier hardware, a new more reliable 3D system, and a host of new games, the Nintendo 3DS XL is probably one of the most eagerly anticipated releases of the year.

Want to know what it looks like? Have a look at the console in all its unboxed glory below. 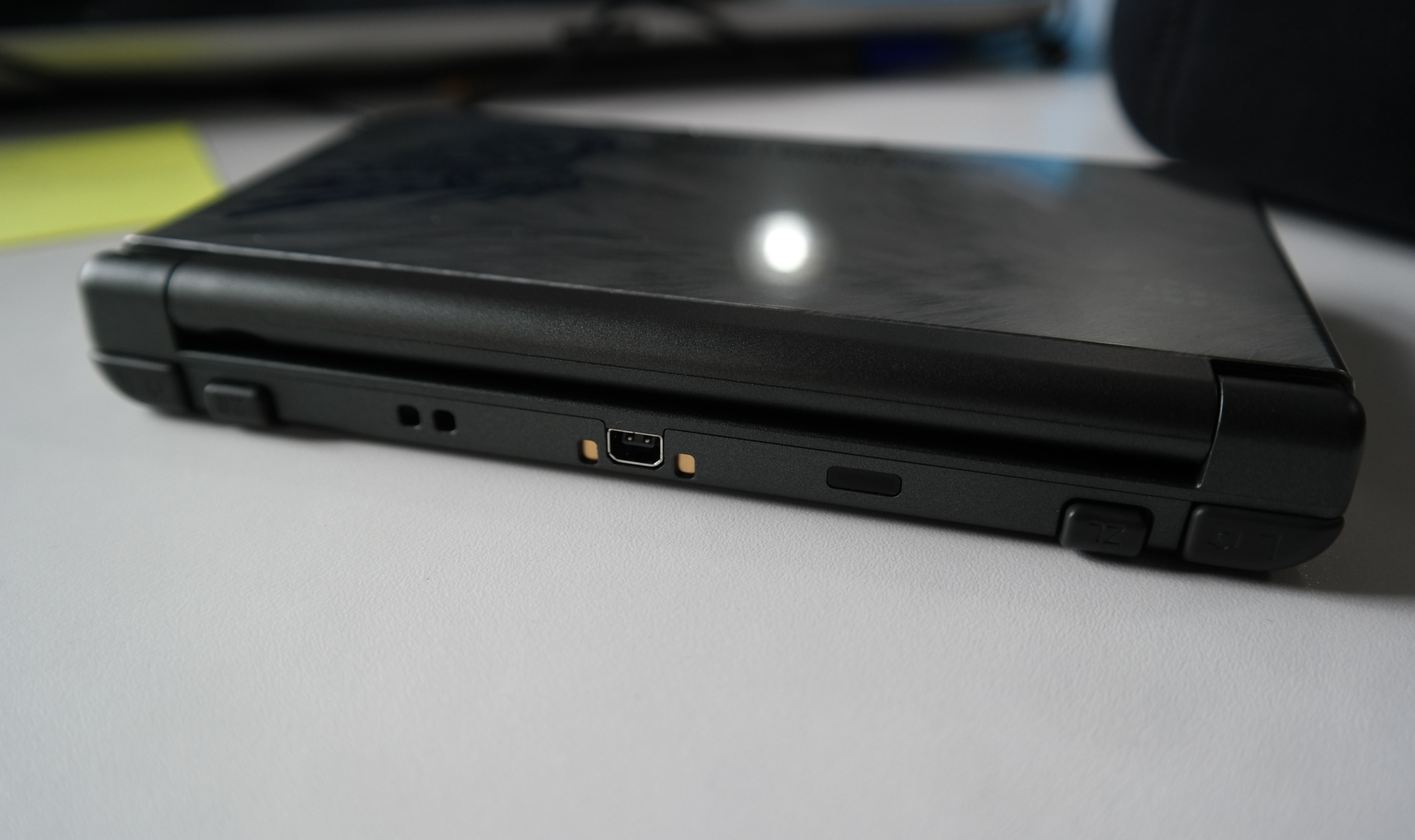 At the rear we find the charging port, new Z buttons and the usual firing buttons. 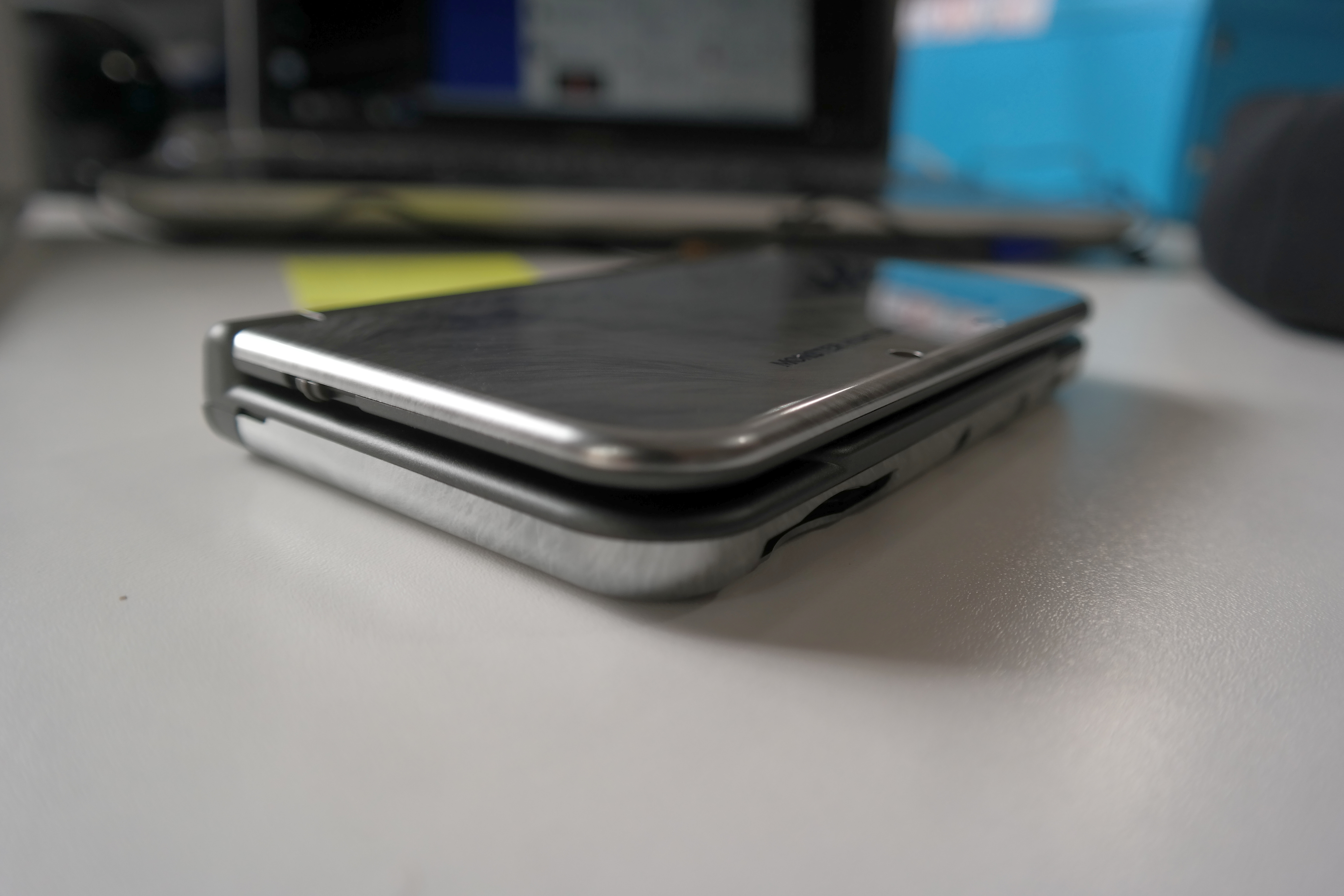 Clamshelled, the handheld is compact enough to carry in a bag, even if this is the XL. 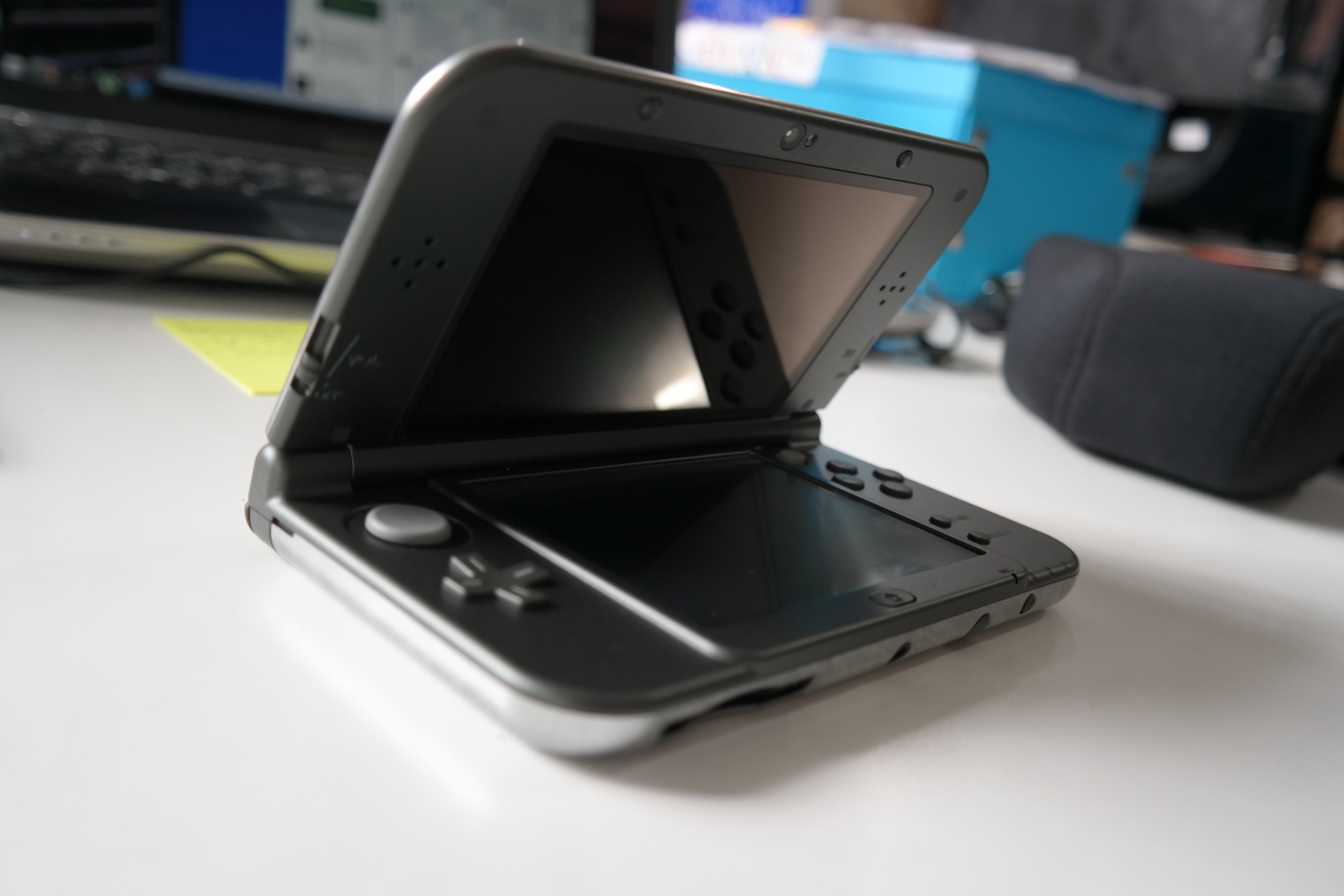 The screen is quite glossy, but the new 3D system feels better than the old. 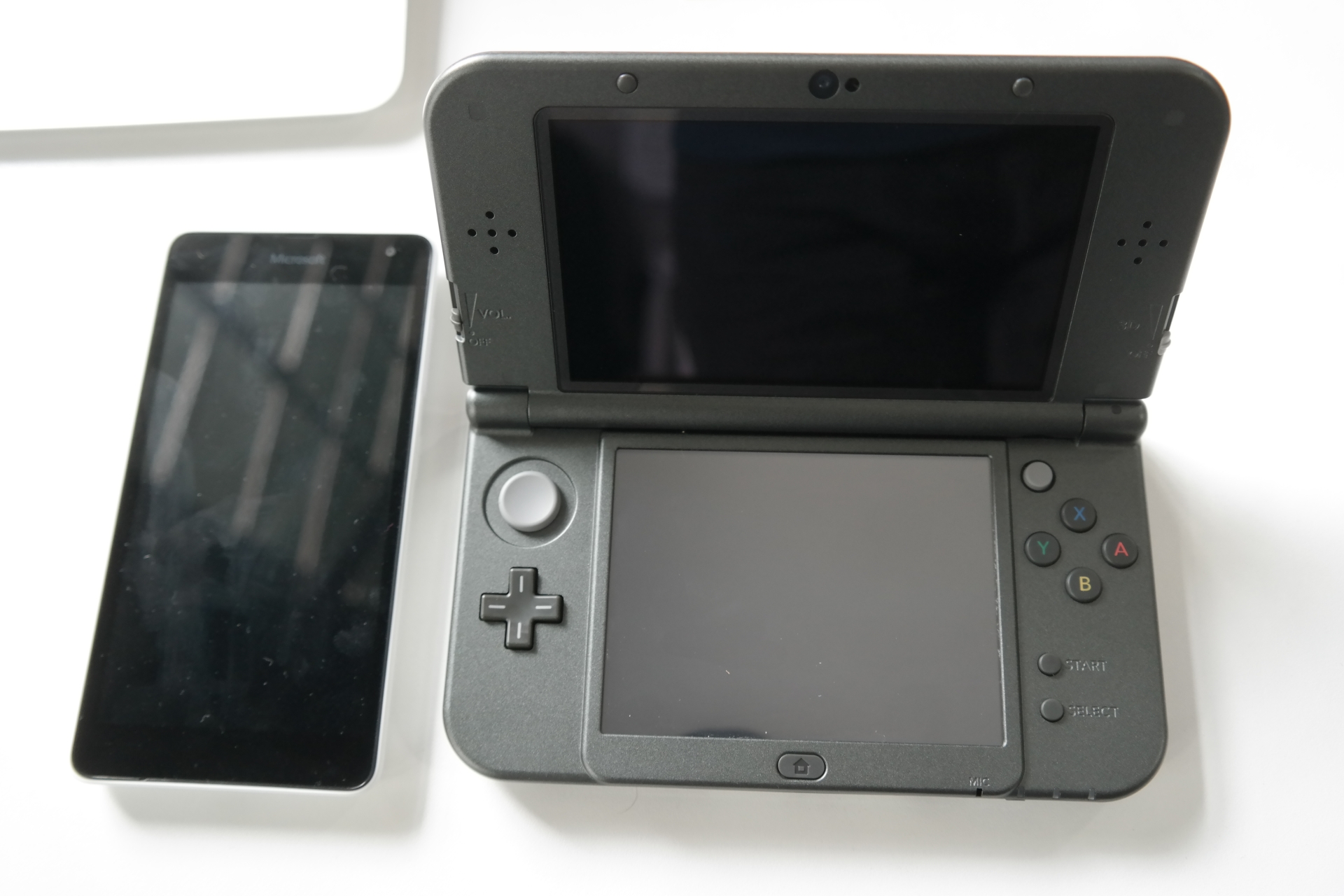 Size comparisons to Microsoft's Lumia 535... well, the console isn't that much bigger. 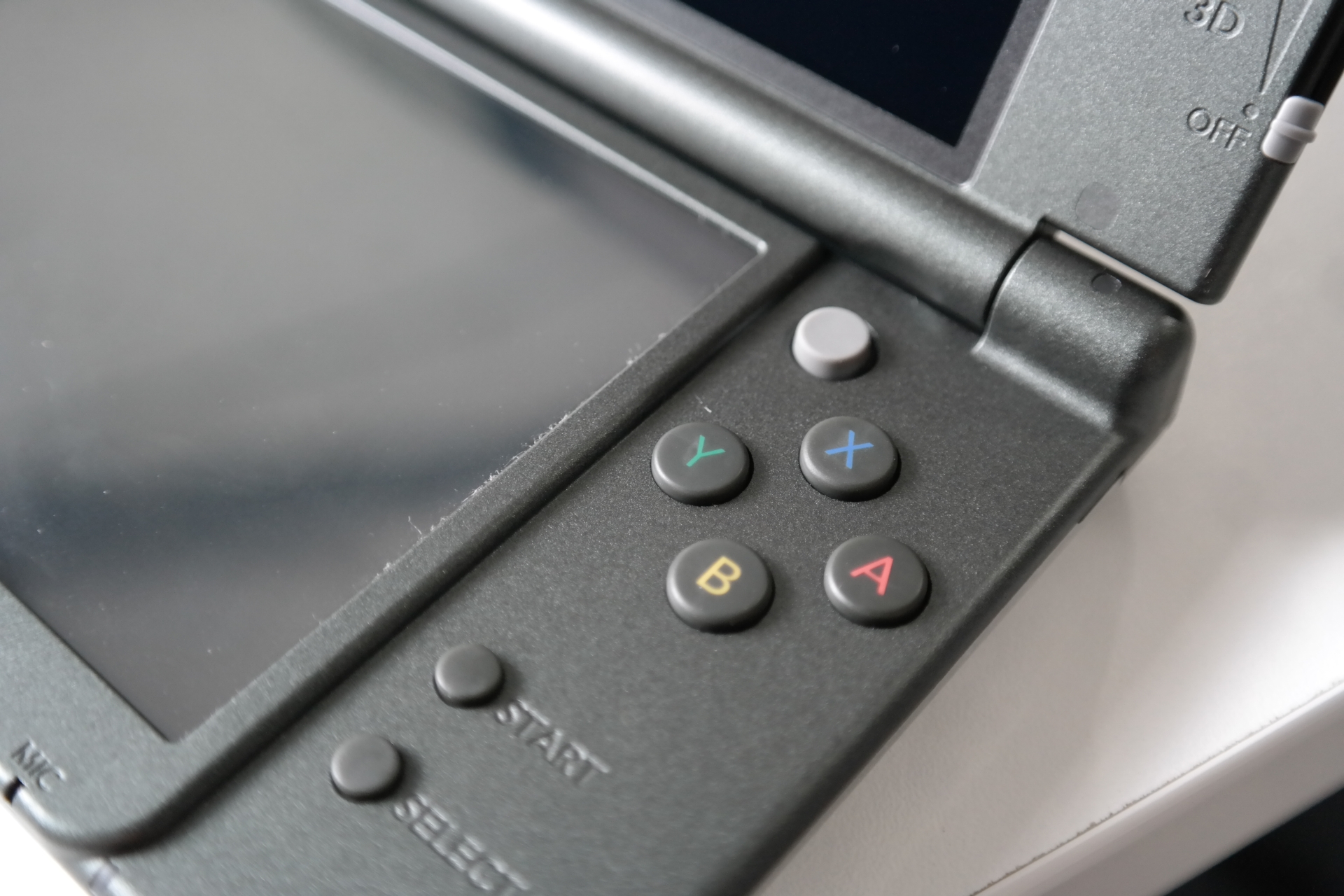 But it's joined by the new C-stick (the grey nub on the top-right hand side). 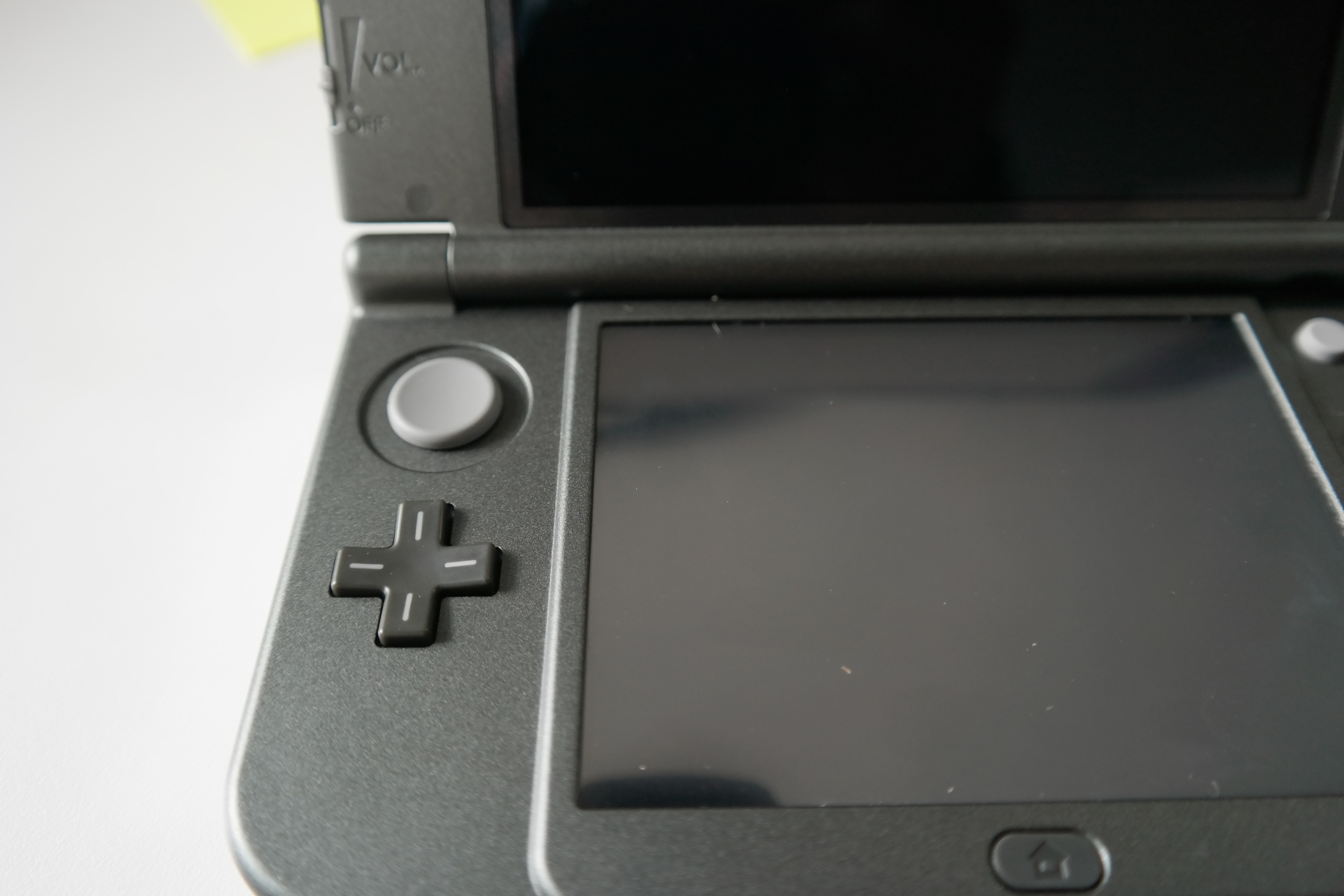 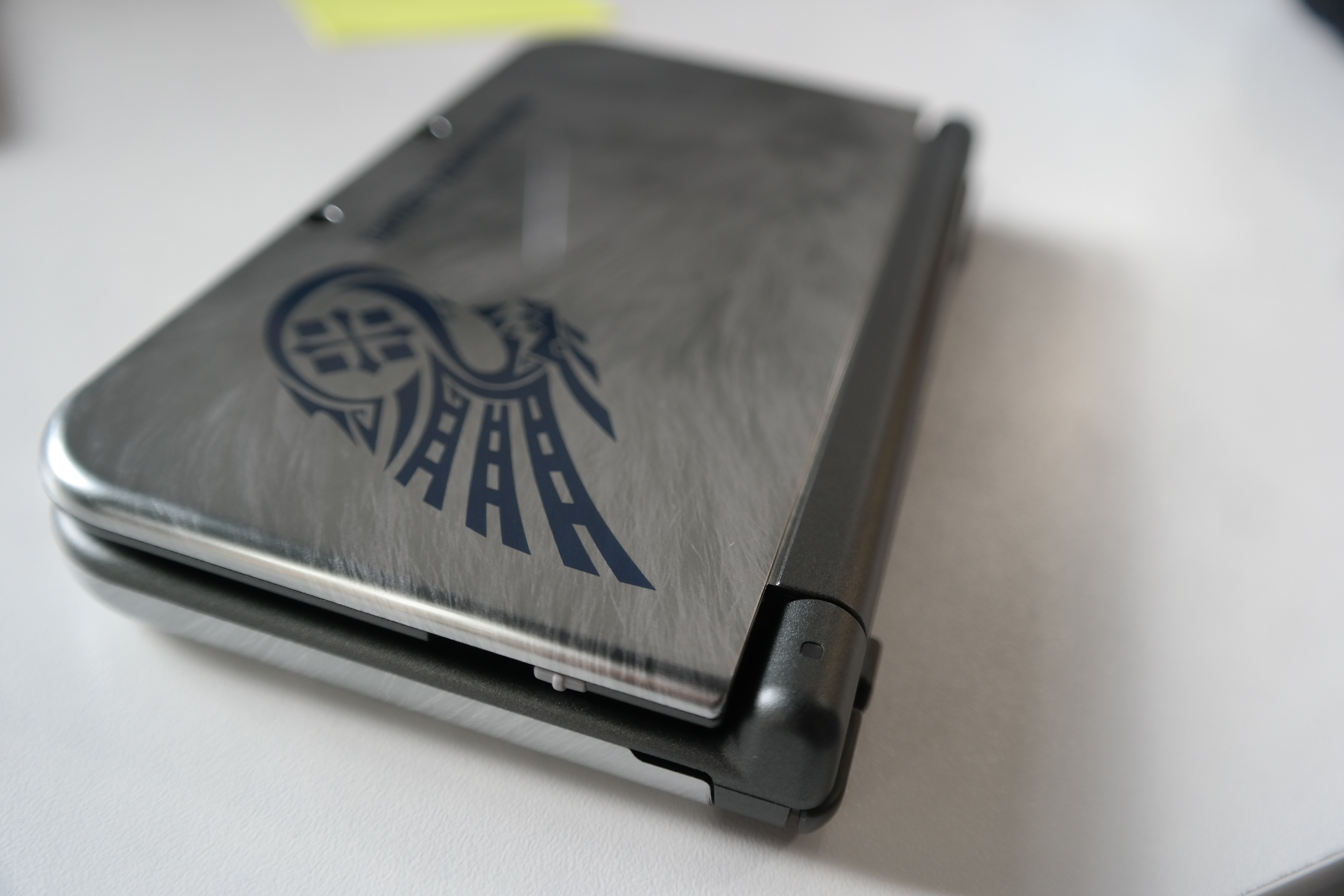 The hinges feel a bit flimsy, especially when the screen is moved around. 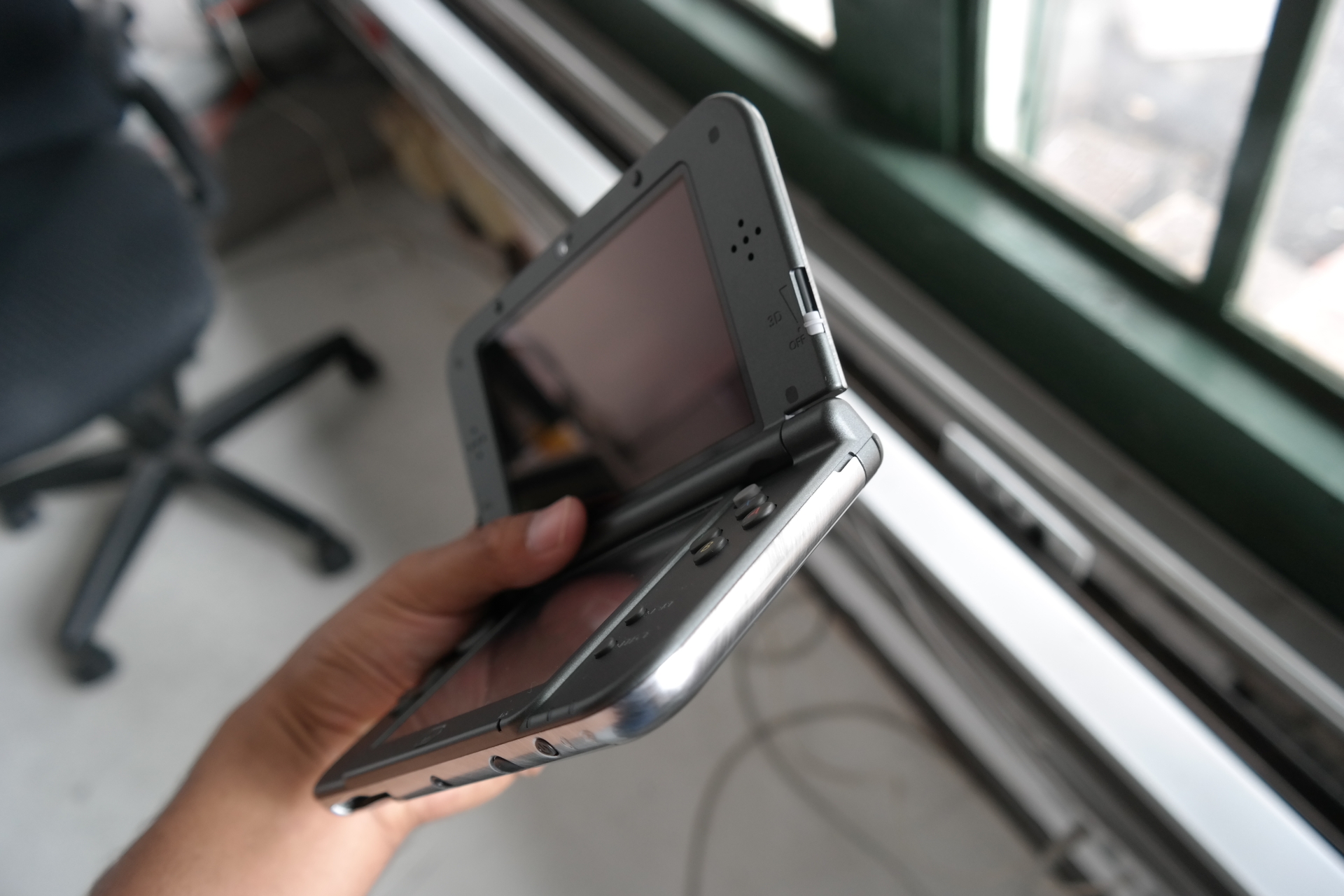 As one can see, the 3DS XL is just fine to carry around. It is a fingerprint magnet though. 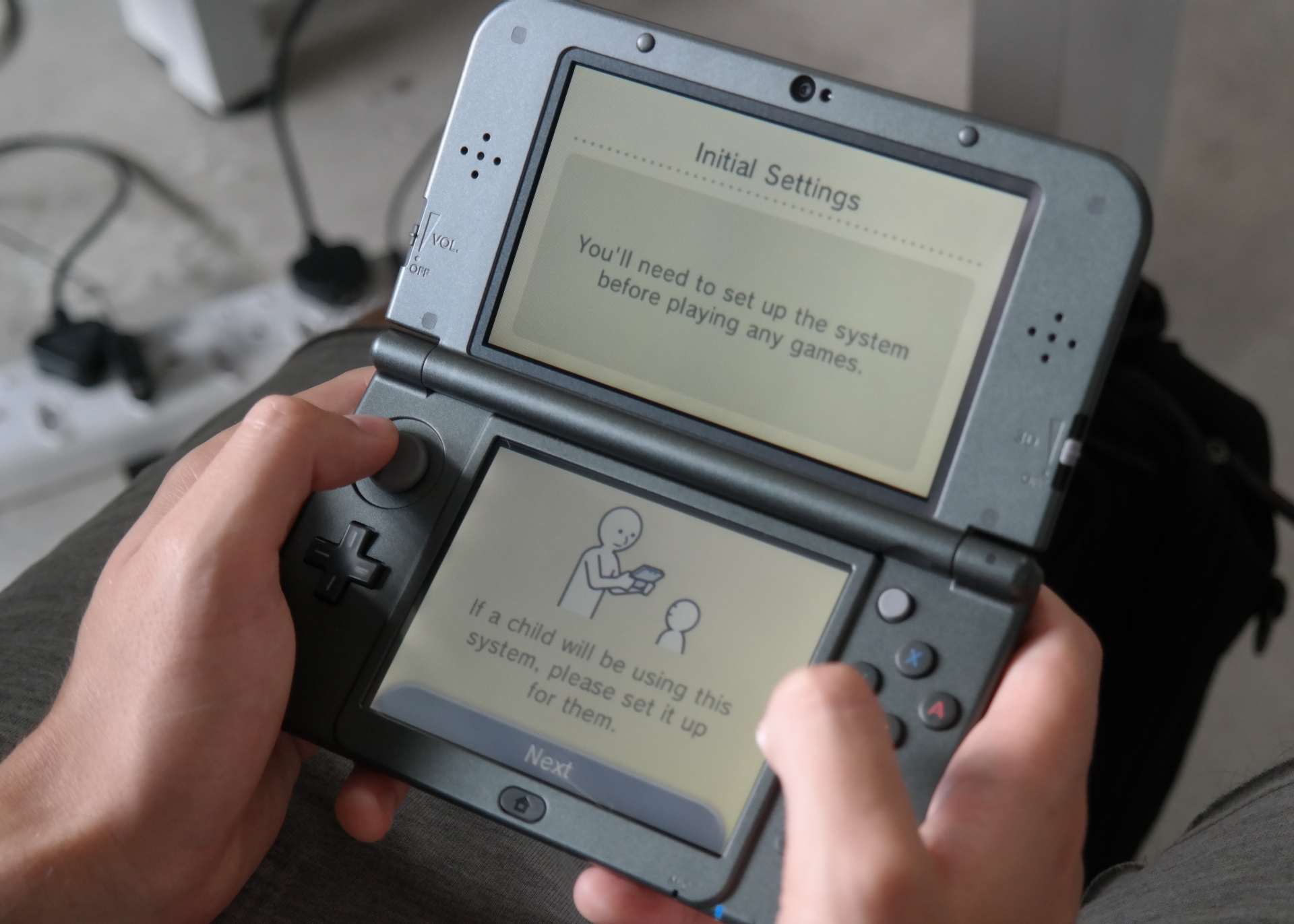 A new 3D system gets a slightly tweaked 3D configuration. 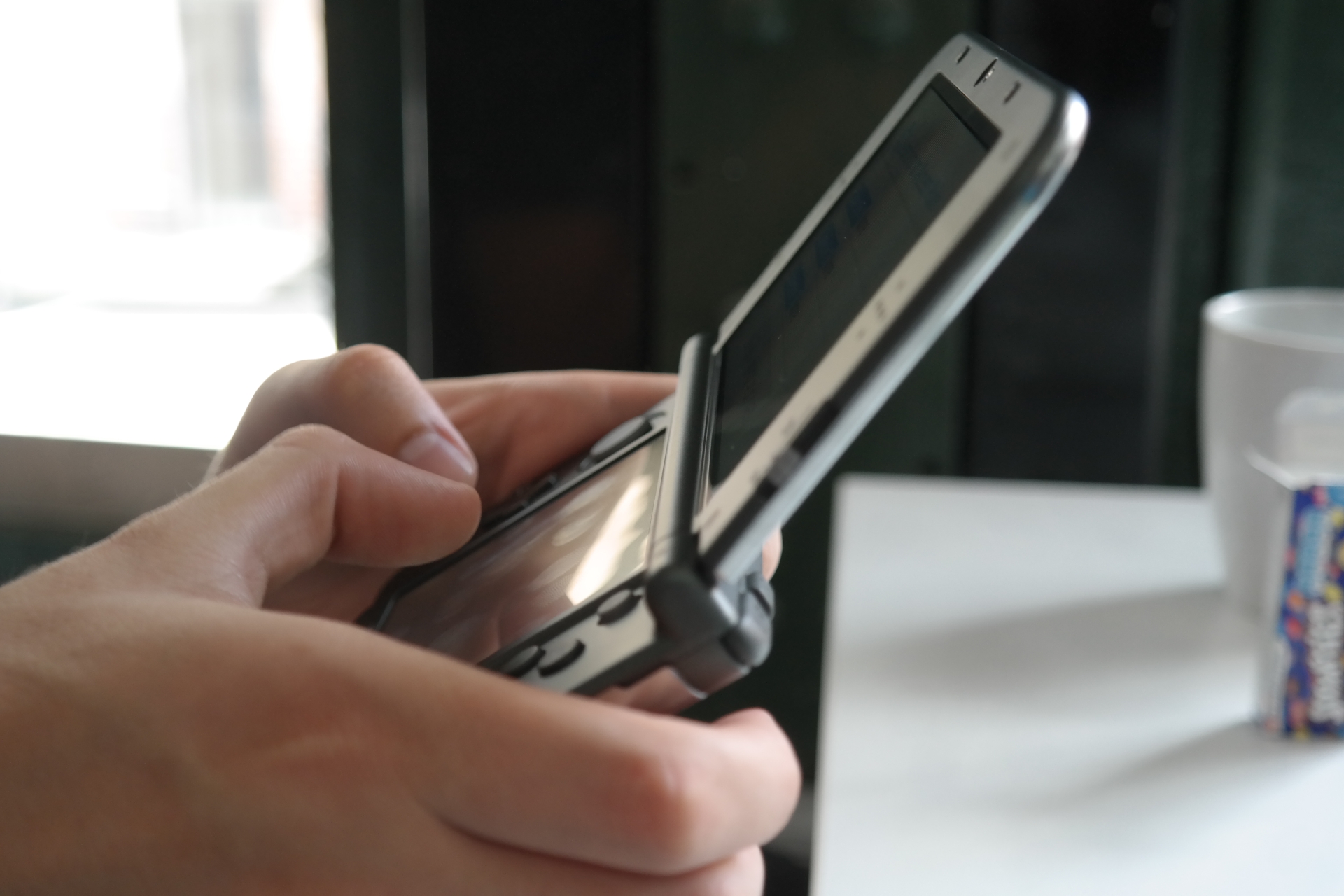 The console is rather light in the hand, even if the box is weighed down by the hefty manual. 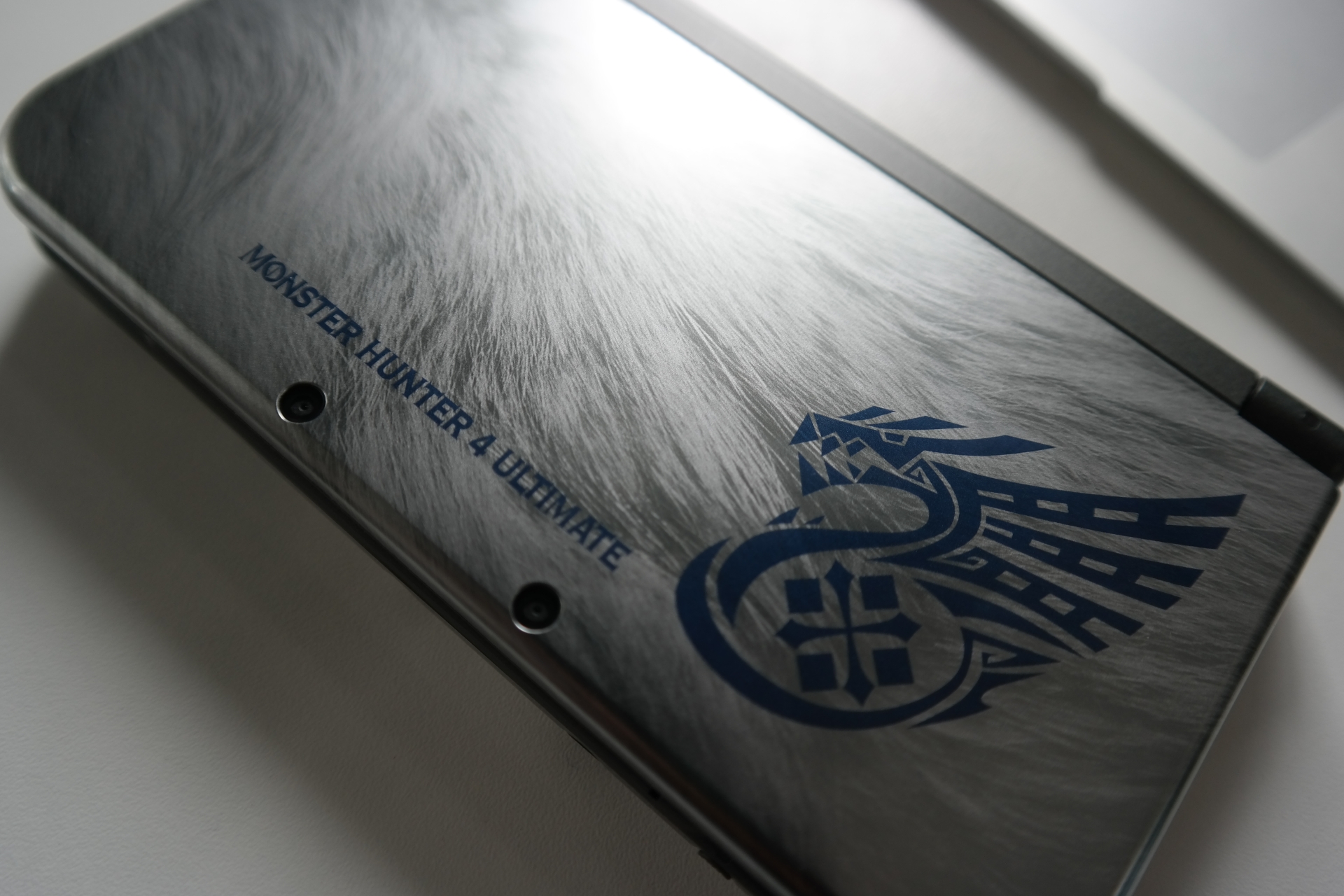 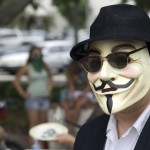