The Nokia Lumia 930 is the last Lumia that will carry the Nokia name. Just before Microsoft snatched up the Finnish brand’s mobile and services division, the once-mobile phone leader managed to squeeze one last Lumia into the hands of Windows Phone die-hards around the globe.

Its 5-inch sculpted Gorilla Glass face is held together by a non-removable shell: metal on the sides and a bright Lumia-esque colour on the back, which comes in your choice of shocking green or orange, or just plain black or white. The colour palette — as with all Lumias — is probably the most ambitious I’ve seen so far.

The frame holding the device feels quite strong, but given the heft and size of the 930, it feels like — if you were to drop it — the poor thing could easily dent a wooden floor.

It only weighs 146g compared to the 173.5 of the iPhone 6 Plus though, but the fact that the metal frame wraps the glass display, it feels like something you wouldn’t want to drop.

When it comes to the glass, the attention to the detail is quite charming. With the edges slightly sloped, swiping over it is a silky smooth experience. It also makes the bezel seem non-existent.

On its sides, you’ll find a volume rocker, dedicated Carl Zeiss rear camera as well as a sleep button. The headphone jack sits up top.

The 1920×1080 display is cool and refreshing while the 5.0-inch body is uber comfortable in hand and pocket. The bright colours of the LiveTile menu also pops out and begs for engagement. But it’s when it comes to the images that the real beauty shines through.

The 20MP rear camera is an absolute stunner. Featuring optical image stabilisation as well as dual LED flash, the Pureview Camera is a breeze to use. It records videos in Full HD while the front does so in just HD. Apart from the last few iPhones, the Nokia Lumia 930’s camera has been most impressive with vibrant colours picked up with ease and dark colours not easily overshadowing images.

The 2420mAh battery held its own and easily powered through a good, productive day or so. This is also thanks to the battery saver mode that you can enable.

The general UI of the Nokia Lumia 930 is super responsive and matched by the welcoming LTE antenna and the Qualcomm Snapdragon 800 processor. It also holds 2GB of RAM and 32GB of internal memory with no microSD expansion option.

Nokia’s last stand in the phone market is a brilliant one. The premium Lumia is solid and works like a charm. The sad part is that its biggest flaw has nothing to do with the hardware — it all comes down to Windows Phone, and my personal preferences.

Let’s be frank here, when it comes to Windows Phone 8.1, however responsive and fun the layout is, the operating system is let down by the poor app store which is meant to shape the entire user experience. Yes, some essential apps like Skype, Uber and Instagram are beautiful and easy to use, but it’s when it comes to the lesser-known ones that longing for iOS or Android ensues.

The Daily Beast feels unnatural with its horizontal navigation layout. The same goes for the News24 app. The UI just feels a bit off. To be fair, I’m an Android guy. Born and bred. So it was difficult to find all the handy apps I normally use on a day-to-day basis.

The detail’s in the little things though and I did however grow attach to some design quirks here and there. The font, for one, has a fun taste to it — no caps. Also when you install Facebook and Twitter, it asks to sync with your lockscreen, displaying either photos from your album or the latest tweets.

The app search button on the bottom right corner of the homescreen is also a decent touch. Though I literally had to clean out almost 60% of my native apps on the menu before I got into it.

Verdict: But, if you’re a Windows Phone kind of guy, then go for this one. You’ll struggle to find a more solid handset out there. 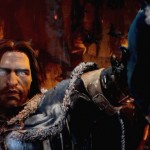