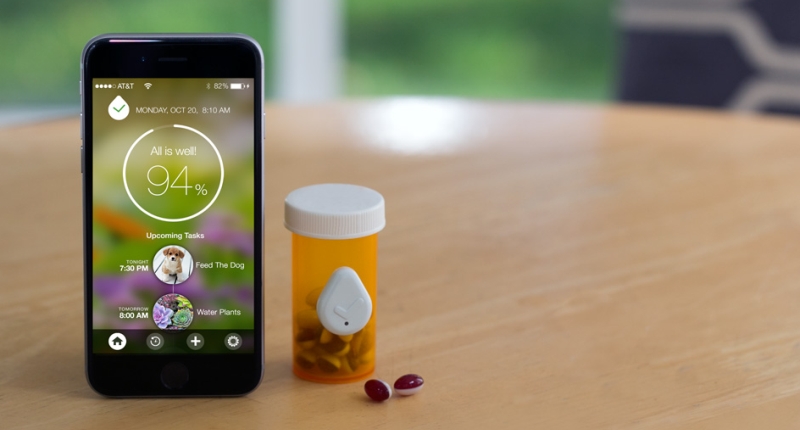 Monotonous tasks are easy to forget because our brains are meant to be constantly entertained and challenged, but boredom is necessary. No, I’m not talking about watching Keeping Up With The Kardashians while pondering the meaning of life, I’m talking about those tasks that are detrimental to our daily lives that often go forgotten.

Taking pills on time, remembering to put the trash out and feeding Fred the goldfish (poor Fred) can easily fall from memory, but a new Kickstarter project called Droplet is aiming to keep Fred healthy and your tasks completed.

While it might seem a bit esoteric at first, Droplet is a fairly novel solution to an age-old problem.

In essence, it’s a simple teardrop-shaped smart wireless button “that can be attached to anything that needs a reminder,” notes the company on its Kickstarter page.

Whether it’s a reminder to take your medication, feed the fish, floss at night, or take out the trash, simply attach Droplet to an object and tap it when you complete the task. Droplet will record it through the dedicated app so you can keep track of your activities and goals.

It uses an app to monitor, add and sync reminders; a physical hub that pings information held on the cloud to the Droplet; and the Droplet itself, which makes heads and tails of the system. One hub can also manage multiple droplets, notes the company. One can then think of Droplet as a reminder button for trivial tasks, and because human beings are attracted to technology like magpies (or hip-hop artists) are to bling, Droplet encourages users to actually perform the task and press the button to record its completion. And the task will likely be completed as the reminder can only be suppressed if you physically tap Droplet. The reminders and other parameters can be adjusted though.

Originally, Droplet was conceived with prescription medication in mind.

Almost two years ago, we saw that we, as well as our friends and family members, often missed taking vitamins or daily prescription medications. Inspired by this universal problem, we set out to create a device that would actually work as a reminder and could help people be the best versions of themselves.

The potential uses of the device has ballooned though. The company quotes usage cases including tracking the number of coffees downed a day, how often vitamins are ingested, tracking workout routines, the number of sips from a bottle, the chores completed by kids, future family errands and even placing Droplet on a box of floss to remember how important oral hygiene is. In terms of hardware specifications, the Droplet lasts a year on a single charge which is rather impressive considering its size. This is mainly thanks to Bluetooth 4.0 LE and what we imagine is low energy WiFi, good for a range of 100 feet.

The cheapest available Kickstarter package gets funders one Droplet and a hub for US$39, while the most expensive funding package — at US$799 — gives those particular backers thirty Droplets and ten hubs. We imagine that this would be more appropriate for a small company or extended family.

The first units are scheduled to ship from January 2016. 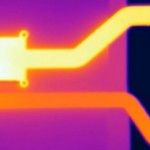