By Andy Walker
Read nextAivvy Q is an intelligent, wireless streaming music system for your head 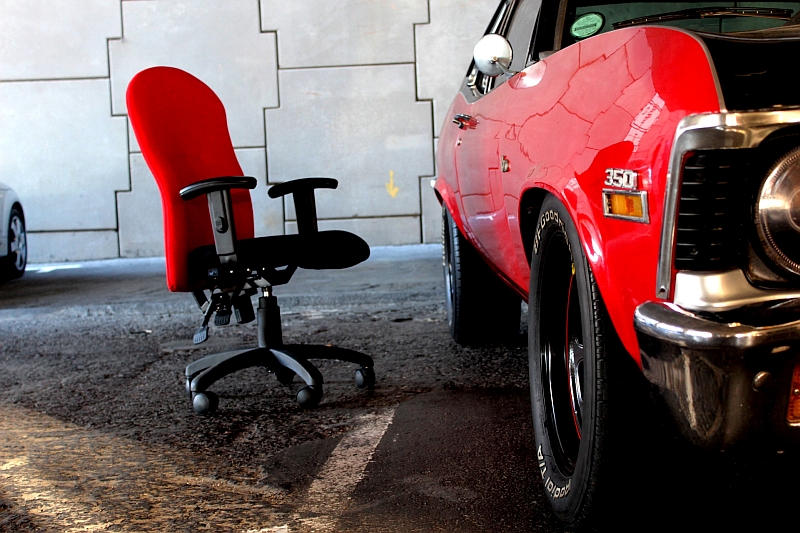 Not all gadgets have sparkly screens or buttons that transform them into talking, walking robots. Some are more mundane and down-to-earth, but these can often be more important and detrimental to your life than those that sparkle.

Ergotherapy Solutions, a South African company focused on turning the office space into a more comfortable environment, courteously gave us two of its new products to review, namely the GetOne ergonomic office chair and the ERGOProp ergonomic laptop stand.

You’re probably wondering how you’d test products like these. Well, it’s simple really. I usually suffer from dull aches and pains in my back from sitting at my desk for too many hours a day, so the GetOne and ErgoPROP would attempt to rectify my rubbish posture and soothe the rest of my stress-laden body when the sun begins to set.

But the question is, did they help?

Why is ergonomics important?

Hell, buy a chair and sit on it, right? That’s not quite the right way to go about it, at least not in the eyes of ergonomics scholars. 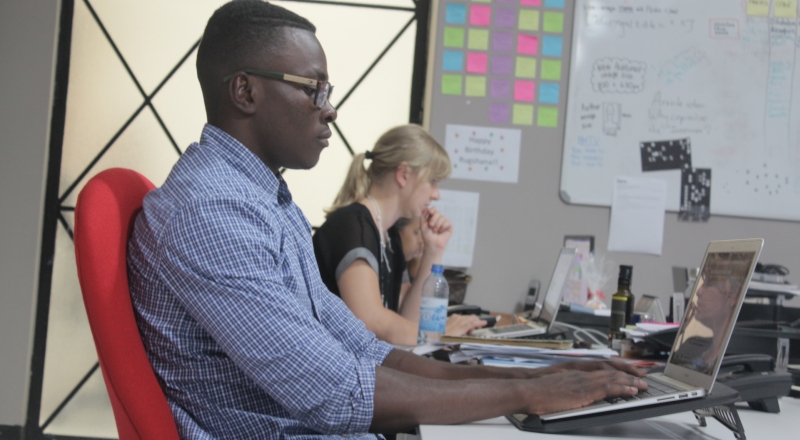 For those who struggle with back problems, the onset of carpal tunnel and generally stiff posteriors, ergonomics goes a long way to understand and then address some of the body’s greatest issues caused by sitting too uncomfortably for too long. I’m talking about sitting at a desk for nine hours a day, so choosing the correct desk, chair and environment is key in this equation.

The GetOne and ErgoPROP are designed with this in mind, focusing on key areas of the body to help make that nine to five job a little less torrid on your back. As a disclaimer, I put ergonomics at the forefront of this review, but it isn’t the be all and end all.

So what’s the GetOne’s story?

Rather impressively, the chair is the only example in South Africa that’s endorsed by the “Chiropractic Association of SA and South Africa Society of Physiotherapists,” notes the official site, and that’s partly because it was designed by a physiotherapist. It also comes with a five-year guarantee, which is always a massive tick in my discerning book regardless of the product variety in question. 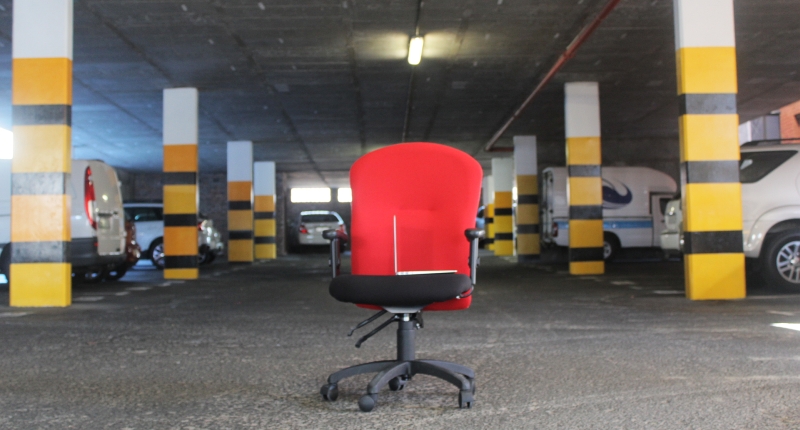 For R3700, trendy customers can also have bags of fun customising the GetOne, from the colour of the chair’s front, back and rear, to the fabric used. And if that’s not enough, there’s a choice between two bases too and castors as well, if office chair racing is especially important to you.

Chief among all these options though are the actual chairs themselves. There are three options, namely a mid-back, a high-back and a “visitor’s” variety, each having their specific roles in and around the office. We were given a mid-back example, which would suit most worker bees.

For the record, if you love levers, the chair will still tickle your fancy. It comes with two toggles to adjust height and backrest angle, effectively allowing the user to completely personalise the sitting experience. Of course, ergonomics is chiefly in mind here too, so the arm rests also feature a height adjust feature.

Speaking of the backrest though, it has a suave curve in its midsection which matches the curvature of the human spine when seated, but I often felt that this bump was too high up for my relatively short torso. 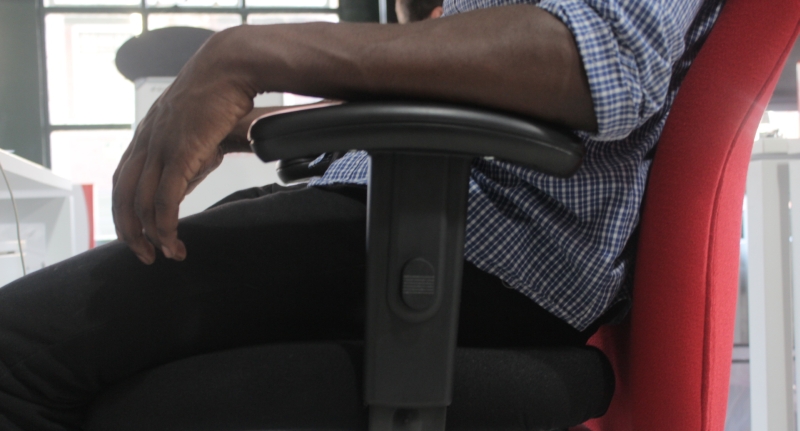 Rather embarrassingly (for this very reason), I also required a footrest in order to sit comfortably and effectively on the seat itself, a restriction I altogether hated. It did make the overall experience more comfortable though, however, there’s a very definite way of sitting correctly in this chair. This perhaps is the GetOne’s chief problem: it’s user.

The user has to acknowledge and monitor his or her seating position in order to reap the GetOne’s health benefits. Slouch, and you’re missing the point. Sit too far forward in the chair and you might as well buy a bench. That includes using a footrest if you’re tiny, or scooting your rear end into the far corner of the backrest for maximum spinal support.

Although it’s totally good for your body, my mind just couldn’t care less when stress prevailed. When I did finally remember to relax, the seat was an absolute god send, especially at the end of a long day.

For days that I did experience back pain (quite often, in fact) the chair was quite a saviour. It allowed my neighbouring spinal muscles to catch a breather and sitting for extended periods of time didn’t excite pain in my glutes either.

Ergotherapy Solutions also suggests that users get up and walk around every so often to remain limber, and stretches are also recommended. The company’s really selling more than just a chair here. It’s practically an office lifestyle. 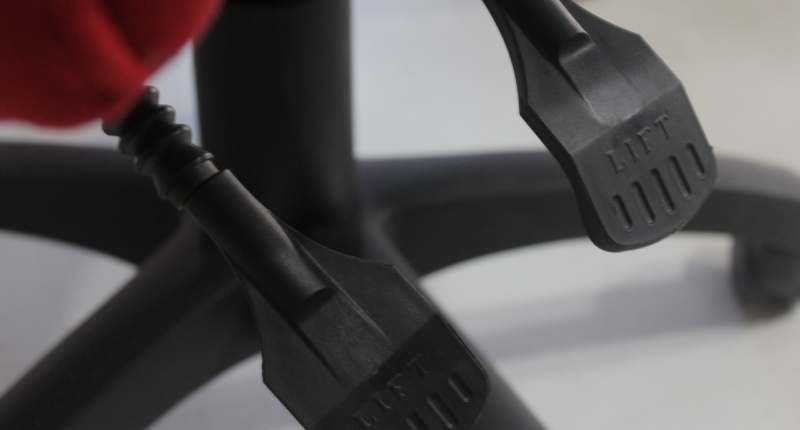 Disregarding ergonomics for a second here, the GetOne’s seat is quite comfortable and, from a style standpoint, it’s a rather chic chair and wouldn’t look out of place in any office. The arm rests are made of soft plastic coated foam too, but I found that I barely used them, especially since my hands are practically always on my keyboard.

Speaking of keyboards, this would probably make for a great departure to the laptop stand, the ErgoPROP.

I’ve used laptop stands for quite a while, considering that my now nearly six-year-old Fujitsu is getting long in the tooth and hard-of-cooling. Keeping its fans above any surface that restricts airflow is a must. Generally, I’ve employed generic laptop coolers, but I didn’t for once think it was detrimental to my wrists, metatarsals or joints.

The ErgoPROP puts your health before your laptop’s, which is understandable for a company that, first and foremost, concentrates on ergonomics. And just to elaborate on this point, the ErgoPROP isn’t a laptop cooler. It’s a laptop stand geared for user comfort.

It does feature a base with an ample number of cutouts to insure that air does circulate around the laptop’s underside. It also has a nice little lip at its front to stop the laptop from falling down, something that many laptop coolers today don’t feature. It’s also stronger than most laptop coolers.

It should work with all machines, from 10-inches and up, but fits a 15-inch laptop like a glove but it’s not recommended for use with a generic PC keyboard — it is a laptop stand, after all. 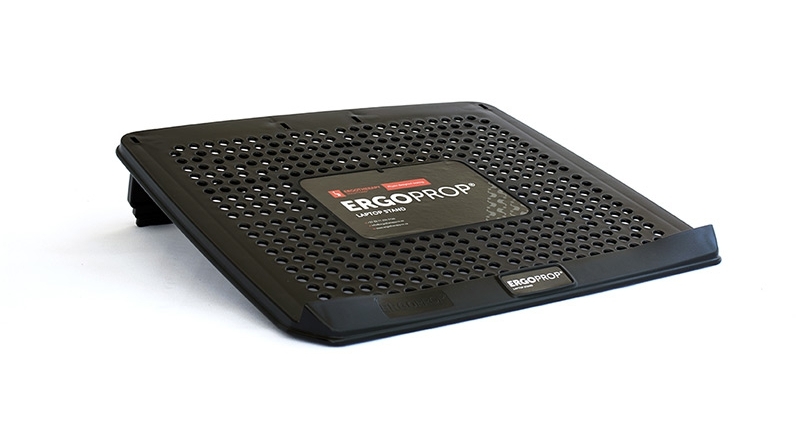 The kickstand at its rear is the key feature though. When it’s upright, the laptop’s keyboard falls at the perfect angle for the avid typist, ensuring that there’s less stress sustained to the hands and wrists while slugging though the work day. Did I find this at all useful though? Well, yes frankly.

While it may not be laptop-friendly, the ErgoPROP definitely gives your hands a rest when you need it most. And since I’ve used the ErgoPROP I haven’t had any acute pains in my lower arms — a real blessing in an office environment.

Unfortunately, the practical geek in me does come through in a judgemental fashion. I couldn’t help but monitor the temperature of my machine without the usual trio of fans cooling its underbelly. Generally, the hotter electronics run the shorter the life span, and that’s generally true with hard drives.

I also couldn’t quite notice the difference in angle between my laptop cooler and the ErgoPROP stand.

I would’ve loved to see an ErgoPROP with a cooling fan fitted to aid both my fingers’ and my computer’s health. Considering its relatively steep price of R299 for what it does, I think that’s not too much to ask for either. 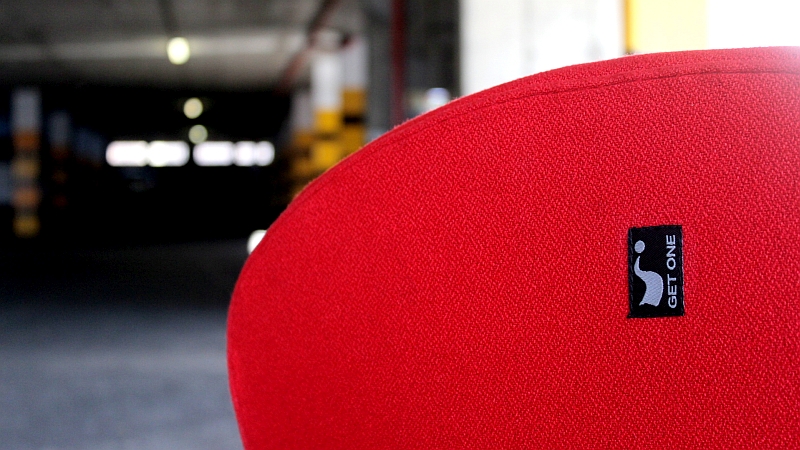 The weeks spent with the GetOne and ErgoPROP has been some of my most comfortable in the office, and that’s saying a lot.

Of course, stress will always be there in an office environment, and these products aren’t about to end that for ever, but the user also has to play a role in maintaining his or her health. It costs nothing to get up, have a glass of water, stretch and sit down again.

The user will likely need to make a few more sacrifices as well: adjusting the desk to suit the ergonomic system is key.

I’ve had to prop my secondary monitor on another stand to avoid cocking my neck downwards, I’ve had to sit square-on to my desk to minimise body torsion, and I’ve also been required to sit with my back flush against the backrest and feet up on the footrest to reduce the stress on my lower back and spine.

It’s a lot to remember in a stressful environment that privileges deadlines over your health, but it’s necessary.

Verdict: As a combo, the GetOne and the ErgoPROP did work well together to solve some of my office-related pain issues, but I don’t think the latter is completely worth it. In reality, propping a few well-placed books on my laptop’s underbelly would perform more or less in the same way. I would’ve loved to see a cooling fan too, considering that laptop stands should also take heed of the laptop they support. The GetOne however is one of the most comfortable chairs I’ve used in a long time and I’d love to have one personally. It also adds a bit of chic to the dreary office space while giving you a comfortable place to sit. 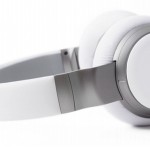