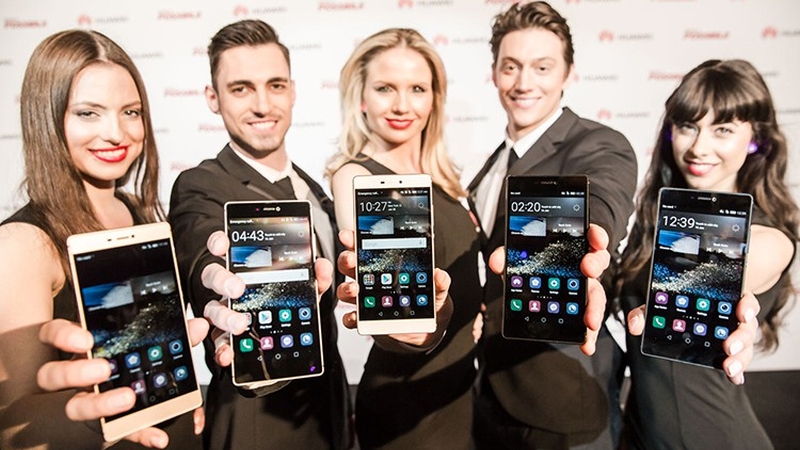 Bigger, thinner and denser seems to be the three words that will define smartphone launches in 2015, and Huawei is one of those companies writing the playbook. After launching the 6.0-inch Huawei Ascend Mate 7 earlier this year, we thought phones couldn’t really get any bigger, until today, that is. The Shenzhen-based company has now launched an even thinner, more impressive flagship duo: the Huawei P8 and the Huawei P8 Max.

Both devices look eerily like the iPhone 6, but both sport better features, more streamlined advancements and a deeper level of intrigue.

For one, the 6.4mm thin Huawei P8 is clearly a play for the upper echelons of the smartphone market. It boasts a 5.2-inch screen — in the same ball park as the 5.1-inch Samsung Galaxy S6 and the 4.7-inch iPhone 6 — with a fairly rudimentary set of 1920×1080 pixels. It’s not quite in Samsung Galaxy S6 2K range, but the pixel density should be just fine.

In terms of hard specifications, there’s a number of storage options but 16GB is packed in the baseline model. There’s 3GB of RAM alongside a HiSilicon Kirin 930 — an octa-core CPU with four cores clocked at 2.0GHz, and another four at 1.5GHz.

There’s also a relatively large 2600mAh battery giving users 1.5 days of normal use, or one day of particularly demanding use.

Or should that be it’s “phat” brother? This is where Huawei lost its mind.

When does a smartphone transgress into tablet territory? 6.8-inches must be pushing the boundaries, and that’s exactly what Huawei is doing with the aptly-named Huawei P8 Max.

It harbours all the understated charm of the Huawei P8, but adds 1.6-inches onto the screen. That gives this particular phone a screen to body ratio around 83%. It’s enormous. There’s probably no way you’ll be getting this thing in your pocket, but it is thin at 6.8mm. Compared to the 5.7-inch Samsung Galaxy Note 4 at 8.5mm, it’s a supermodel.

Somehow Huawei has forced a 4360mAh battery into this thing too, which gives users a perky 2.23 days of battery life (a claimed 1.4 days is achievable at full tilt) which should be more than ample. Perhaps there’s a method to the company’s madness. If you have a glance through the Huawei P8 Max’s proposed usage group, there’s definitely a eureka moment.

Features like “Multiple tasks view” which works marvellously in the Huawei Ascend Mate 7 comes to the larger screen, and looks to work a treat. Of course, we’re not too sure if Huawei is shoving tablet features into a phone, or phone features into a tablet here.

Another interesting extra is the company’s magnetic sheath/phone stand, which is incredibly thoughtful. Thanks to the phone’s mostly-metal body, the stand can prop up the device as whichever angle the user desires, thanks to the glory of magnetism. We not too sure how dangerous this would be for credit cards, or if the cover will snag keys and the like, but it’s a novel idea nonetheless. Some more novel ideas surface when looking at both phones’ useful features. Huawei has focused on more features that people will likely use, including boosting call quality, making travelling easier and others.

For one, the Huawei P8 and P8 Max have a dual antennae system with one positioned at the bottom and the other at the top. Typically, holding metal-bodied phones ruins the signal but Huawei’s system will automatically jump between whichever has the strongest reception. The phone does this automatically. As a telecom’s giant too, focusing on these aspects would make sense.

Additionally, there’s also WiFi+ a system that will always find the best WiFi hotspot automatically — this includes 3G and 4G connections. Both phones also feature dual 4G LTE slots as well, (with one slot doubling up as a microSD card reader when not in use). Roaming+ also allows users a faster connection to a network that’s linked to the Huawei database when abroad. This is particularly useful for those who travel often. We’re not entirely sure of the mechanics, but it does sound promising.

Things like Voice+ — which 58% voice increase with background noise cancellation — this includes wind noise reduction with the device’s headset. Yu this time with the larger Huawei P8 Max. Spot the difference?

Other niceties includes Huawei’s new “Rich Touch” feature, which is a bit of a slap to Apple’s Force Touch advancements made on the new Macbook. Rich Touch can tell the difference between a user’s fingertip and knuckle, which means that knuckles can now be used as a completely different “tool” if you will. Knuckles can be used to double click, crop/select images, and draw on the screen.

During the Samsung Galaxy S6 launch, Samsung panned Apple for its iPhone 6 camera quality, which is largely billed as the best in the smartphone market, but Huawei went one better, slamming both company’s products.

The Huawei P8 boasts an 8MP up front (the P8 Max uses a 5MP sensor) while both devices feature a 13MP rear sensor with autofocus, LED flash and a host of nifty new features.

There are new creativity modes and if it sounds terrible, it’s probably because of the terrible last-minute name attached to it. The results are quite remarkable though.

There’s a Light Painting Function, which allows the 13MP camera to track light much like what opening the shutter of a DSLR achieves when capturing traffic. And speaking of traffic, headlines, sparks, stars and any light source can be used to literally “draw” on photographs.

Capturing silky water is also easier with a built-in mode, and as for video capture, Huawei has gone three better.

The Huawei P8 and P8 Max lets users link four devices together in Director Mode, which allows users to capture one video from multiple angles. It would probably never, ever be used en masse, but it’s a brilliant idea that we’d love to see across brands.

And of course, the company didn’t forget about selfies. There’s a Perfect Selfie mode, which recognises the user’s face and subsequently “beautifies” that particular face alone. Taking a 2am selfie? Not a problem.

Undercutting its competition is something Huawei does brilliantly.

The base Huawei P8 model (3GB of RAM, 16 GB of internal storage) will begin at €499 — consider prices to balloon to around R7000 when including tax and currency conversion in South Africa. And to be fair, it will be the more sensible purchasing decision of the two — it’s more of a “phone” than it’s fat brother. This will balloon to €599 for 48GB more.

The Huawei P8 Max however will retail for around R11 000 with the based model boasting 3GB of RAM and 32GB of onboard storage. The phablet’s still cheap considering the Samsung Galaxy S6’s steep price.

Both phones will make their way to South Africa with June being the targeted month, but the P8 Max will arrive a month later than its thinner, lighter and smaller brother. 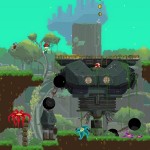