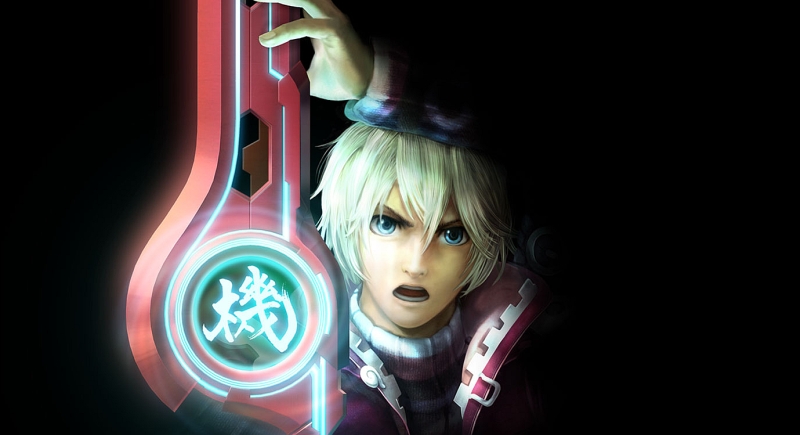 Another day in Nintendoland, another Nintendo Wii title ported to handheld. This time, it’s a title to get properly excited about.

The legendary Xenoblade name is the first to grace the New Nintendo 3DS XL as an exclusive title, dubbed Xenoblade Chronicles 3D. It should be giving Nintendo fanboys who own the console a few shivers, and a very good reason for those who don’t own the console to get one.

But this is conjecture.

After a way-too-long cinematic that you can’t skip explaining how two kick-ass legendary fighters Dickson and Dunbar were, you should be fairly familiar with what’s going on, or fairly annoyed enough to not really care.

It’s the classic Bionis versus Mechonis battle, with the latter’s forces hell-bent on reclaiming the Bionis from the protagonists. While the cinematic showcases the legendary years of Dunbar and company in the throws of war, we’re soon introduced to the the present day protagonists of Reyn and (your player) Shulk. Your mission, in a reduced nutshell, is to find the Monado (the legendary sword wielded by Dunban) and end the war between the Bionis and the Mechonis, and in essence, save everyone’s asses from total annihilation. Introducing the self-centered bastards who started the war, the Mechonis and Bionis.

That’s just the nut, of course. You’ll meet a gaggle of other characters, including Dunbar himself, Dickson himself, Dunbar’s adorable sister Fiora and a few others.

You can play as one of five characters, but this is only really revealed later in the game. Thanks Nintendo.

Between all of this, there’s an enormous open world that encourages users to explore and gather items. How enormous you ask? Try 3.6 GB on the New Nintendo 3DS XL (down from over 22GB on the Wii, but still inflated). If you have other games installed at this point, it probably won’t fit on that native 4GB card.

Nevertheless, exploration of the landscape is really the essence of the game — putting the journey before the destination. After all, RPGs really are about the ride. Getting to the destination is another matter entirely.

Controls are simple enough to master even on the small screen. Camera panning is more difficult than one would first believe though, and this has become the most annoying issue with all games on the New Nintendo 3DS.

I spent more time fighting with Shulk than fighting enemies, but one you get used to the controls they’re just about bearable.

Yes, Xenoblade Chronicles 3D does employ a vicinity-attack system, much like Final Fantasy actually. Locking onto a target using L, Shulk slashes away all by his lonesome in the first tutorial battle. Reyn will also join in (he actually boasts more XP than Shulk initially, which makes playing as the latter quite entertaining), and he keeps your ass from becoming krabble food more often than not.

I don’t fancy this automatic combat system. Never have, never will. It works in some games, sure, but not in a game like Xenoblade Chronicles 3D which places a massive emphasis on freedom. I do want full control on my 3DS XL, Nintendo. You can call it real-time combat but it’s just not involving enough.

The strategy inherent is a great part of it though, and will keep those League of Legends fans happy.

Speaking of strategy, the Arts system is probably the most interesting aspect of the gameplay system, with each character boasting an array of native and earned skills, special moves and attacks that come with a number of stipulations. I loved this and gave me a reason to want to kill everything in the game. Apart from that, there’s a crap load of loot in this game and treasure chests will appear after each enemy is defeated.

And move combos are also available too, once you figure them out.

As with all RPGs, the enjoyment really is in the growth value as a player and a character. Discovery, as I’ve noted before, is a hoot in Xenoblade Chronicles 3D, and additional character systems like the “Affinity System”, which essentially tracks the relationships between characters in the game and your player. Walking up to someone random (with an actual name, or degree of importance) and it will plot your achievement on a graph which can be viewed through the main menu. You reputation will grow, and the more allies you garner the better. One of the wallpapers offered on the official site. How we wish the game would look like this, but it’s just not possible on the tiny 3DS.

It’s similar in concept to the Shadow of Mordor‘s Nemesis System, but I’d say is slightly less detrimental to the game on the whole. No one will end up killing you because you killed their best friend, for example.

If you’re purchasing a New Nintendo 3DS hoping for PS4-levels of graphics, take a step back and slap yourself.

Nintendo’s consoles, for the most part, have games that privilege story and gameplay hilarity above visuals, and that’s the same here. Xenoblade Chronicles 3D doesn’t isn’t a peach. I had a tough time differentiating some antagonists from the landscape — like those damn fluffy bunnits, for one.

For those quietly hoping that the game will work on the previous generation 3DS models, there just isn’t enough grunt available to run the game well. It’s built exclusively for the new hardware, but it doesn’t really look it for the most part.

Cutscenes, for those who actually care about that midway though an exciting period of play, will be happy to know that they’re fun, but aren’t too pretty. It’s something you’d expect on a handheld, but personally, The Legend of Zelda: Majora’s Mask 3D wins this title.

If we dare talk about audio within the graphics section for a bit, we’d say its truly kickass. I loved the audio, and annoyed bystanders by constantly whistling the tunes. The night/day system works a lot better than in Majora’s Mask 3D, and actually lets the gamer enjoy the game without instigating a manic level a panic.

Would I consider playing Xenoblade Chronicles 3D again from the beginning? Not immediately after the first play, but one does get a feeling that there’s more than just the linear storyline here.

There’s enough exploration to go around for a few months, and I genuinely mean months.

I’ve been playing this title for around four weeks now, and I’ve still barely dented the surface. And that’s a good thing.

Far too often, modern games are over in around five hours (I’m looking at you, The Order: 1886), but this is definitely a game you could revisit with the knowledge that you could go about it slightly differently the next time too. The Affinity system also allows gamers to see how badly they can piss off people in Colony 9 and surrounding areas. I’ve yet to try this, but could be an interesting venture in the future.

Hell, with that said, practically any RPG harbours some type of replay value, but Xenoblade Chronicles 3D is definitely a game I would’ve loved to play on the Wii. It’s a pity that I never quite got the chance.

Verdict: I wouldn’t say Xenoblade Chronicles 3D is a must own, but it’s definitely a nice-to-have, especially being it the first New Nintendo 3DS (XL) exclusive. The story is great, the graphics are a bit funky and the gameplay could be more interesting, more involving. But I can’t fault Xenoblade Chronicles 3D on size. It’s massive, and if you love exploring a game environment, Monolith Software really have produced a peach of a world. 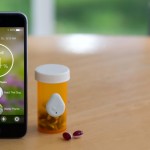