By Kevin Rice
Read nextOne device doesn’t fit all: why multiple devices are part of our future 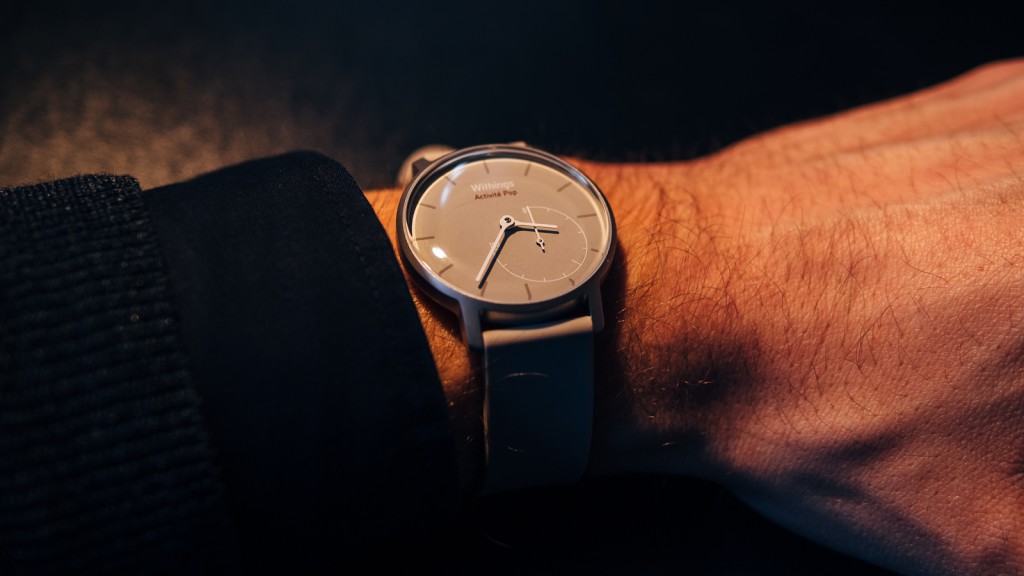 If wearables are going to take off (like the Withings Activité Pop pictured above), they have to be more than just miniature smartphones that strap to the wrist. Consumers don’t want another screen to look at; they want a virtual sidekick to intuitively lead them through the daily grind of the modern world.

As the Internet of Things becomes a reality, wearables have found their way onto retail shelves, causing a rush to develop software to pair with them. The wearables market might be growing, but as more and more consumers voice their concerns about product design, usage, security, and price, the pace slows.

As a result, to truly saturate the consumer market, wearable developers need to focus on creating products that have:

Wearables need to be intuitive, meaning the devices need to be able to pinpoint a need and perform an action without user input. For example, a smart home device can automate tasks within an individual’s own home, but once he or she is outside of the home, that functionality is lost. Proximity sensors could help with this.

With all of the data being collected by wearable devices, they should know where consumers are — approaching their homes, on a golf course, driving, walking, or biking — and adapt the user interface and functionality accordingly.

For example, a device should simply know that the front door needs to be unlocked as the homeowner walks up — with no tap of a button required. Perhaps the device could also recognize when someone is driving and start reading text messages aloud.

In most situations, a wearable provides value by offering assistance to someone who either can’t or doesn’t want to deal with the hassle of locating and pulling out his phone or tablet.

For example, for someone who needs directions while biking with his smartphone in his backpack, the wearable device should simply begin navigating his route. A golfer should be able to access range distances with few manual interactions with her wearable. A mom with an armload of groceries shouldn’t have to juggle everything to unlock the car; instead, her wearable should sense her proximity to the car and unlock it for her. Wearable functions would be limitless if they could be tailored correctly.

To provide the most relevant information to users, wearable devices need to know location and time of day. And although much of mobile marketing currently focuses on GPS and data analytics, wearable devices simply can’t provide adequately comprehensive insight into the user’s environment just yet. Developers of wearable tech still need to build these features, but once they do, the value they will create will exponentially boost wearables’ capability and utility.

Whether they want to or not, consumers have no easy way to really break down the terms and conditions of their favorite services. The battle between mobile and content providers is heating up as everyone tries to collect and sell consumer data. Meanwhile, consumers are left in the dark about how their data is being collected and used.

According to a recent report from SAS, ownership of data is a major concern for more than 69 percent of global consumers. They worry about where the information they share with certain businesses really ends up. In addition, consumers might be willing to share data with one entity but not another. For example, 73 percent of consumers say they’re likely to share personal information with financial institutions, but only 33 percent would be likely to share the same information with entertainment providers. After all, what happens when that data is up for sale?

In one instance, MapMyFitness customers gave the company permission to store their activity and health data. But when Under Armour acquired MapMyFitness in 2013, consumers wondered, “Is that data now Under Armour’s property, and are we OK with that?” After all, sharing data with a fitness software company for the purpose of analyzing health and fitness goals is one thing, while sharing it with an apparel company for the purpose of marketing new products is another thing entirely.

Another example is AT&T, which launched a service that charges users US$29 per month to avoid data collection. Doesn’t that seem a bit backward? An alternative to charging customers would be to require that device manufacturers pay customers US$29 per month to be allowed to collect and analyze their personal data. This monthly compensation would put almost US$700 back in customers’ pockets over the course of two years, which could entice them to purchase a more expensive device down the line.

If consumers are expected to walk hand in hand with brands to communicate with the world, brands need to build a trusting relationship with them. To help with this, consumers must be given ownership of their data, digestible information about how it can (and will) be used, and the ability to make informed decisions about what permissions to give.

To be widely adopted, wearables need to be able to provide value to users without requiring a paired smart device. Consumers already have desktops, notebooks, tablets, smartphones, internet-enabled TVs, video game consoles, and more. Introducing a smartwatch or other wearable into their daily routine is only attractive if it makes their lives more efficient.

So wearable devices need to have as many features as possible that allow them to replace the actions of a smartphone. While some tasks would nevertheless still overlap, it’s important to look beyond current device capabilities to gauge the full spectrum of what wearable technology could do.

For example, if wearables could talk to one another, it would open up an entire new realm of utility for users. If wearable-to-wearable communication was possible, an individual using the Nike+ Running app to track one run and the FuelBand for everything else could count on her data from each wearable adjusting for the other device’s data. This would mean having a data hierarchy in place among the wearables to prevent overlap and make wearables more attractive to consumers beyond just early adopters. One company trying to create this type of solution is AllSeen Alliance, which has a program language for the Internet of Things that allows devices to talk with one another.

Wearables are here to stay, but whether they’re embraced by the masses remains to be seen. As device manufacturers and marketers prepare to transform today’s social media conversations into tomorrow’s digital interfaces, consumers are struggling to understand how their data is being traded for convenience. Merging these interests into an attractive, useful device will be the key to saturating the consumer market with wearables.

What other key features do you think wearables need in order to be successful? Let us know in the comments section below.

Hathway CSMO Kevin Rice’s entrepreneurial spirit and deep understanding of the digital landscape across industries allow him to help brands not only dominate their markets in the now, but also to prepare them to pioneer what’s next. These skills have helped Kevin grow Hathway, the agency he co-founded with CEO Jesse Dundon in 2008, to 50 employees, three offices, and No. 601 on the 2014 Inc. 5000 list.

One device doesn’t fit all: why multiple devices are part of our future
Opinion • 21 May 2015
Read More
More