Huawei is a company riding the crest of a wave, especially when one considers its recent smartphone offerings. The Huawei Mate 7 was one of the best phablets we’ve used this year, and the new devices like the P8 are gunning for big brass to from the likes of Apple and Samsung. But the company isn’t just stopping there.

It’s jumping head first into the Internet of Things space with a new, tiny operating system. Huawei’s calling it LiteOS, and with good reason — it weighs in a just 10kB or smaller than many Twitter avatars in comparison.

The company’s betting big on it too, suggesting that it wants a piece of the “100 billion connections” generated globally and the “two million new sensors” deployed each hour in the IoT space. LiteOS will play a role in “smart homes, wearable, connected vehicles and other industries,” notes Huawei.

But what is it, and how does it differ from other IoT platforms?

“LiteOS is the world’s most lightweight IoT OS. It is small in size at 10KB and supports zero configuration, auto-discovery, and auto-networking,” the company suggests, which would allow LiteOS to penetrate even smaller corners of the market

With its roots in the telecommunications space, Huawei will look to “standardizing ICT infrastructure” which it hopes will allow IoT to flourish. Currently, the space lacks cohesion and a set of standards that would allow manufacturers to agree on more granular design matters, but perhaps bolstering the backbone of the industry is a smart move by the telecoms giant. 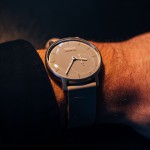