Logitech has been launching mice and keyboards aplenty these past few months but fans have been wondering when its next racing wheel will be launched. Thanks to new photographs and certificates of approval, we could be looking at the company’s new racing system.

Leaked by MaxConsole, the Logitech G29 Driving Force is the likely replacement for the slightly dated but much loved G27 (pictured above) on PlayStation 4 and, possibly, PC.

However, based on the buttons on the wheel, we’d have to say that it looks like an exclusive for-Sony product. In terms of finish as well, it’s not the most difficult peripheral to look at either (hell, it looks better than most cars’ steering wheels).

Of course, this hearsay might be completely bogus, but there have been previous reports of a new Logitech peripheral out in the wild.

We’ve seen similar rumours last week from The Sixth Axis as well, so clearly there is something Logitech’s working on behind closed doors. Whether or not the Logitech G29 Driving Force is the next in a long line of driving peripherals, remains to be seen. We are silently holding thumbs though.

With the slew of driving games published this year, including Project CARS, DriveClub and the upcoming Need For Speed reboot, it would be the perfect time to out a new wheel. Racing fans should be feeling fairly giddy right now.

Head on over to MaxConsole for the full spiel. 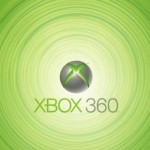