By Wiehahn Diederichs
Read nextHTC One M9 review: the same, but better 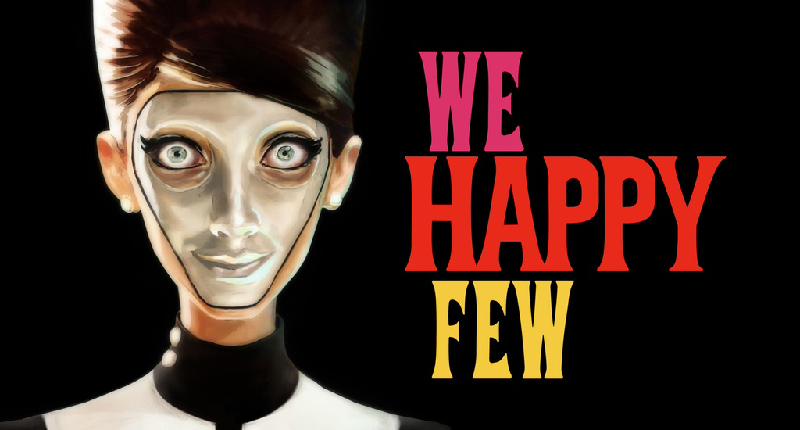 Last week Canadian-based indie developer, Compulsion Games, launched its Kickstarter campaign for We Happy Few, a pleasingly twisted horror survival game set in a “1960’s dystopian world” where everyone is on happy drugs. Imagine Tim Burton and Ken Levine did acid and decided to make game and you will have a pretty good idea of what We Happy Few is all about. I can’t wait.

Their current goal is to raise CA$250 000 for the development of the game that is set to be released on Windows PC somewhere in 2016. If their endeavour proves to be successful it will be the second game to come from the studio after Constrast, a puzzle-based platformer released back in 2013.

Any backers who pledge CA$60 or more are rewarded with a pre-alpha build the game after the Kickstarter campaign finishes, with some higher tiers getting some extra goodies like an extra digital copy of the game or “a unique piece carefully transferred to oil on canvas, signed and dedicated by Whitney Clayton (art director of the game).”

An early version of We Happy Few first debuted at PAX East 2015 and received positive first impressions as attendees tried their hand at this refreshingly menacing survival game. This was the start of an open style of development that Compulsion Games wish to continue through the duration of the game’s development.

In a statement to Polygon, a member of the Compulsion Games team seemed quite upbeat about the game’s future.

We have a bunch of regular players sending us feedback about the new features we implement. We’ve been pretty pleasantly surprised at how quickly players pick things up; I’m pretty sure the community is now completing our sandboxes faster than we are. We Happy Few is set in the fictional and procedurally generated South-West English town of Wellington Wells. It takes place in an alternative 1964 where “the Germans successfully invaded and occupied England during World War II,” leaving most of it in rubble.

However, somehow everyone here is constantly smiling, skipping around and still basically having a never ending jolly good time. This is all thanks to a sedative drug aptly named “Joy”, a small pill that erases any and all depressing memories from the user’s mind. The player is put in the shoes of a “Downer”, a name given to people who aren’t taking part in this cheerful drug fest.

This unending streak of synthetic happiness has made all the residents of the town (a.k.a. “Wellies”) a bit nutty and hell-bent on eradicating anything that challenges their blissful way of life, forcing the Downers to go underground (you literally live in the sewers beneath the town). Your only means of survival is to blend in with the deranged town folk so that you can scavenge for food and supplies to craft gear and weapons, and ultimately escape Wellington Wells. If you end up getting your brain bashed in by a grinning beatnik or actually do manage to escape the town, a new game will start and load fresh randomly generated Wellington Wells.

There are three playable characters to unlock and play with, each with their own set of strengths and flaws. They also each have their own history set in this alternative dystopian reality and will “have something they urgently need to accomplish. Each one has a story to play through. Their stories all interweave, so by playing one character, you can unlock new ones.” Then there is a range of dementedly eccentric enemies such as “The Bobby” who will eliminate any melancholy by force, a “Nosey Old Lady” who is always ready to catch a Downer hiding in plain sight and “The Doctor” who is able to detect any lack of “Joy”.

But the ultimate bad-ass (or happy-ass rather?) is Uncle Jack, the big brother style ruler of Wellington Wells who is watching your every move and making sure you are always happy. We Happy Few shows a lot of promise and is one of the most creative and unique gaming concepts I’ve heard of in a very long time. I sincerely hope that Compulsion Games manages to complete and release this game so that I can lose my job, leave my girlfriend, retreat into isolation and be happy in Wellington Wells.