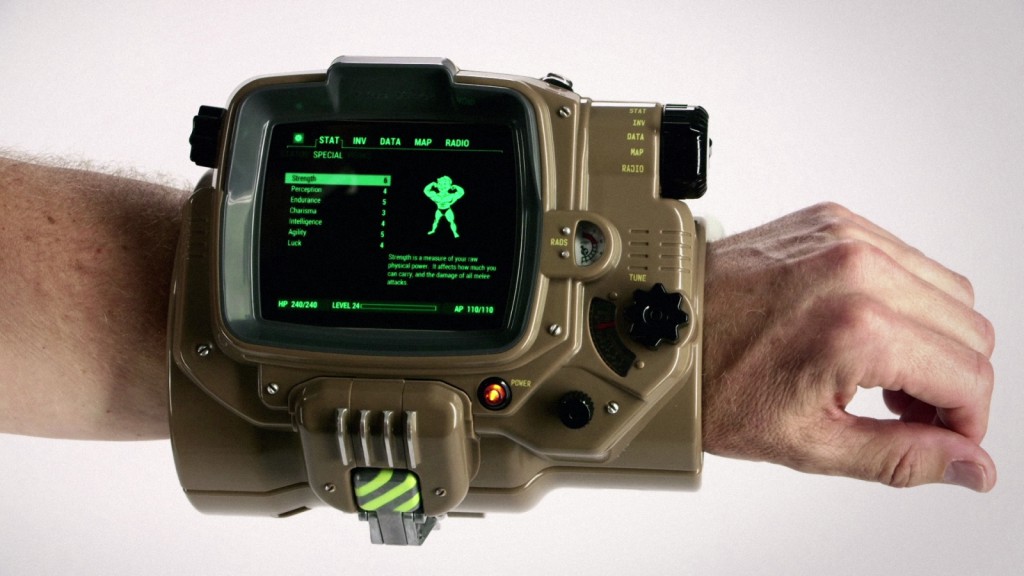 Set in a post-apocalyptic world (roughly around the 22nd century), in a retro-futuristic setting with heavy influences from the post 1950s nuclear paranoia, the Fallout series just got a bit closer to the heart.

The Pip-Boy, a crucial piece of the gamer’s equipment when scrolling through your in-game items and characters information, was released at Bethesda’s E3 2015 showcase in Los Angeles, but unlike a coded experience, gamers can now have a real device to wear on their wrists. A real Pip-Boy for your wrist? Yes that’s right, pinch yourself just to make sure.

Current developer of Fallout 4, Bethesda, has created a bulky wrist device that accommodates your smartphone, links to the Fallout Pip-Boy app that in-turn allows the player to link his profile with the outside world.

The Fallout wrist must-have can work on any platform and as far as providing second screen experience, Bethesda’s Todd Howard had this to say: “As far as stupid gimmicks go, I chose the best f**king one.”

Inside Fallout 4, players start to enjoy some real-world responsibilities like exploring the wilderness for materials to construct your home away from home. Players can build and upgrade their home into a small village by making it more welcoming to outsiders. Sentry guns, watch towers and some awesome lighting normally does the trick. This is an awesome mixture of Grand Theft Auto, The Sims and Half-Life all rolled up into a fat Fallout 4 gaming session that could last weeks.

But why stop there? The upgrades keep on getting better. Between weapons and body armor, players can kit out in true RPG fashion.

The Verge sheds a little more light on the customisations available:

It’s not just buildings you can construct. There are more than 50 base weapons you can build — and 700 different modifications for both weapons and armor. Some of the weapon/armor combinations we saw definitely play up the absurdism more than in the last Fallout.

The Pip-Boy will be available with the Collectors Edition of Fallout 4 for around US$120. The game itself will be released on 10 November 2015. 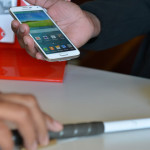