Everyone wants to capture the important moments of their lives, and they want to capture it well. That’s where smartphones are making strides in this digital world, putting digital cameras within everyone’s reach. One would think that all-in-one devices are like jack-of-trades and master-of-none, but that’s enough for most people out there.

These are the best smartphone cameras out there within a reachable budget of US$300, and this has shown us that the smartphone industry is moving at a brisk pace, rivalling dedicated point-and-shoot digital cameras.

People are usually preferring smartphone cameras over dedicated point-and-shoot cameras, thanks to their speed, smart operating systems, and a wide range of connectivity options, making not only easy to click images, but also to share them with people who matter.

The first Xiaomi smartphone in this list is the Redmi 2. Retailing for just above $100 mark in India and China, it features an 8MP primary camera sensor with 1.4µm pixel size, autofocus lens, single-LED flash, and 1080p video recording.

It supports HDR and Panorama modes, and even comes with 12 filters with live preview. There’s also a 2MP front-facing camera that can record 720p videos, just enough for video calls, but not for selfies, which are in vogue these days.

Coming to the camera quality itself, the Redmi 2 can be considered as one of the best smartphone cameras out there in its price range. The resolved detail is decent and the noise levels low, at least for a smartphone at the price point. Panorama resolution could have been better, but that’s just horrible to expect more from a phone that’s priced so low. The colours in the images are a bit oversaturated, but still not far from reality, and I think most people would like their images to have bright, vivid colours that would look good on social networks.

The second Xiaomi smartphone in this list, the Redmi Note 4G, was released last year outside of China, and it is still selling like hot cakes.

Agreed, it doesn’t use the best 13MP camera sensor out there, but what you get is more than acceptable performance for the price the device asks. The images and videos have decent amount of details, and a bit of noise, but not something that’s unacceptable.

Read more: Xiaomi Mi Note is the phablet-killer Apple and Samsung were dreading

The colours are a bit oversaturated, but not unrealistic. HDR mode is a bit reserved as it doesn’t bring out much needed details from the shadows, however that helps the images from sporting an oil painting look. You get to shoot 24-megapixel panorama images when the device is held in portrait position.

The 1080p videos are smooth as the device maintain the 30fps mark throughout, and the resulting file has good contrast. The audio is recorded in stereo (2 channels), and with 128kbps bit-rate, making it a decent device for recording videos. It even comes with a 5MP front-facing camera, that is enough for decent selfies. Overall, it’s a good camera phone in its price range.

The third Xiaomi smartphone in this list, the Mi 4i, was released earlier this month for just $200.

By now, you must have understood that Xiaomi focusses a lot on camera quality, and the Mi 4i is no different. This device replaces the Mi 3 as far as the price tag is concerned, but brings on improvements in the camera department. It comes with the same 13-megapixel primary camera sensor but now sports a dual-tone dual-LED flash, F/2.0 aperture, 5-element lens, and a higher resolution 5MP front-facing camera as opposed to a 2-megapixel one in the Mi 3. It can record 1080p videos, and also supports real-time HDR and a manual mode.

For a device that’s priced at just US$200, the image quality is very good. There’s fair amount of details in the images, and the colours as well as contrast is closer to reality than any other smartphone in its price range. There’s minimal amount of shutter lag, and the new UI that comes with MIUI 6 offers a lot of features such as a manual mode, but I think that most people would better off with the automatic mode. There’s a slight problem with shakes, but that’s a given as it lacks OIS. There’s 1080p video recording, but Xiaomi has also thrown in slow-motion and fast-motion videos.

The 5MP front-facing camera is good, and it comes with 36 smart beauty profiles, which I think is too much. When it comes to final image quality, due to over-beautifying and over-sharpening, images can look touched up. Even with these cons, the Mi 4i comes out as the best smartphone camera under US$200 price point.

The Lenovo Vibe X2 4G was released late last year with a price tag rivalling that of the OnePlus One, but it comes with dual-SIM support, a feature that is in demand in developing markets. On the imaging front, it comes with a 13MP camera sensor with autofocus lens, single-LED flash, 1080p video recording, and a 5MP front-facing camera.

The images come out sharp, and with accurate colours and plenty of details. The focus speed was fast, and so was shot-to-shot times. However, you need to keep your hands steady in order to click sharp pictures in low-light conditions, due to lack of OIS. The device can focus from short distances, creating a nice bokeh effect in macro images.

The 1080p videos are decent, but the video recording isn’t as good as still photography on the Lenovo Vibe X2 4G. resolved detail is acceptable, but not better than its competitors, especially the ones like the OnePlus One.

Coming to the best smartphone camera that one can buy under US$300, the OnePlus One sports a 13MP primary camera with autofocus lens, dual-LED flash, 4K video recording, and 5MP front-facing camera.

The Sony IMX214 1/3-inch camera sensor that is used in the OnePlus One is a tried and tested one, but OnePlus has tuned it further to produce the best results in its price range. The Cyanogen Camera app offers huge personalisation options, be it live filters, image modes, beauty modes, HDR, Panorama, or things like RAW image capture or Clear Image mode that clicks 50MP images through interpolation. Not only there’s zero shutter lag, even the image quality is excellent. Everything right from white balance, colours, contrast, and noise levels are excellent.

OnePlus needs to work on HDR and Panorama modes though. The images shot in HDR mode comes with over-processed, oil painting look. The panorama images on the other hand lacks enough resolution. The only device to offer 4K (DCI 4096×2160 pixels @ 24fps) video recording at this price point doesn’t falter when it comes to actual performance.

It actually is one of the best smartphones when it comes to video recording capabilities. The resulting videos have astounding amounts of details, overthrowing many smartphones from well-established brands like Samsung, Sony, HTC, and LG. Video is recording with 63Mbps bit-rate and the stereo audio is recording at 189kbps and 48KHz. There’s slow-motion and HFR video recording modes as well. You can record 720p slow-motion videos at 120fps, and 1080p HFR videos at 60fps. The front-facing 5MP camera is good, but it could’ve been better.

Overall, the OnePlus One is truly the best camera smartphones under US$300, and leaves its competitors in the dust. It acts like a US$600 high-end smartphone camera, which is really praiseworthy. 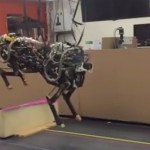