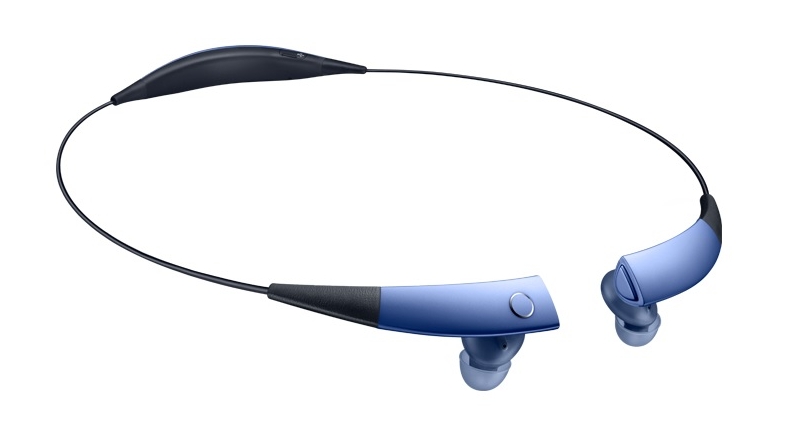 If you’ve ever connected earphones to your office laptop or desktop, you probably know all to well the resultant carnage when you accidentally get up still wearing them. In a bid to combat cable-related injuries, a number of wireless earphone products have come into the market in recent months. The Samsung Gear Circle, while not perfect, is one of the more viable options.

Like most of its competitors, the Gear Circle uses Bluetooth to communicate with whatever compatible device you choose. It also allows you to listen to music, make and receive phone calls, and perform voice commands on your phone.

And while it might seem perfectly suited to the clumsy desk jockeys among us, Samsung insists the Gear Circle is actually meant for the sporty and fitness-obsessed.

Let’s make one thing clear, the Gear Circle is not discreet, at least not in listening mode. With the buds in your ears, you’ll look like an extra from sci-fi movie with a particularly lazy prop department.

The same could be said of the Gear Circle’s resting mode: the two buds connect magnetically (creating a circle, geddit?) turning the device into a kind of necklace. Alternatively, if you don’t want people to see that you were willing to shell out north of US$100 for a pair of earphones, you could hide the Circle under your collar (provided it’s high enough, of course).

However weird you may feel wearing the Gear Circle (that feeling will only multiply when you look at yourself in the mirror), what really matters is how it actually performs. And on that front, I was actually pretty impressed.

While the sound isn’t spectacular, it’s more than sufficient, especially as the earbuds are designed to provide maximum noise isolation. One neat feature when it comes to sound is the vibration warning the Gear Circle gives if you turn the volume up too high. If you value your hearing, you’ll heed that warning every time. As long as you’ve got good reception on your phone, you can expect similar performance with phone calls.

If you plan things right, you’re also unlikely to be caught out by a battery failure. While the way my day’s structured means that I wasn’t able to test Samsung’s 180mAh battery to its limits, I can say that I only had to the Gear Cirlce a couple of times during my two weeks with it. I can also confirm that Samsung’s claim that you’ll get around 300 hours out of the Gear Circle seems pretty on the mark.

When you’re going up against something as cheap, intuitive, and easy-to-use as the ordinary in-ear earphone, your device can’t afford to have a steep learning curve. Unlike some wireless headsets we’ve reviewed over the years, the Gear Circe doesn’t.

As long as you know your way around your companion device’s Bluetooth settings, you can be up and away in seconds.

The volume is controlled using intuitive touch motions and answering calls is a one-button affair. Still, you can’t help but wonder what potential there is for these kinds of devices in the future. Will our wireless earpieces be more like the one seen in the movie Her, and will they be controlled by gesture rather than touch? Whatever happens, you can’t help but feel that options available for sport will be better than they are now. All too often I’ve tested devices which claim to be built for athletes, only to have them pop out within the first five minutes of a run (something which I have to say seldom happens with the better sort of conventional earphones).

The Gear Circle is a step in the right direction. For the most part, they’re pretty good at staying in. Every now and then though, a sudden head movement (you know, the kind you use when looking across the road to make sure that you don’t get hit by traffic?) will cause them to shift uncomfortably and force you to readjust.

Unless you’re on a stationary bike on the gym, I’m guessing you’d have similar problems as a cyclist. At least the buds will still be in your ears though, which is more than we can say for some of its competitors.

Verdict: Overall then, the Gear Circle ticks most of the boxes when it comes what you’d want out of a wireless headset. That said, the looks do take some getting used to, and the cost is bound to put more than a few people off. 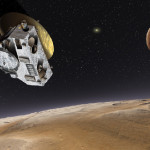