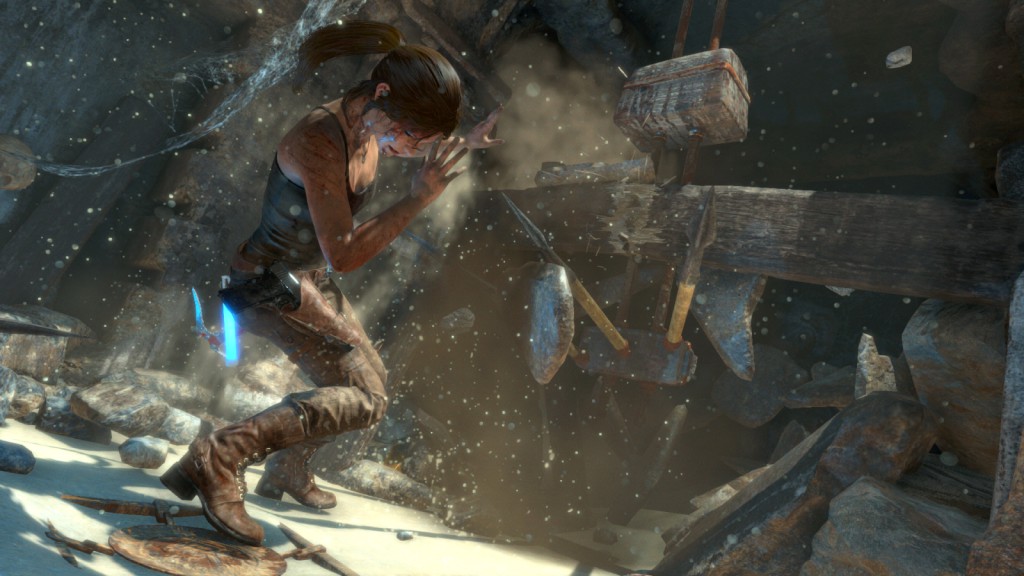 The year 2015 has brought us some phenomenal video games titles so far.

We got to parkour our way through the zombie infested street of Harran in Dying Light.

We saw the remastering of a classic adventure masterpiece, Grim Fandango.

We took a heartfelt journey through Nibel in Ori and the Blind Forest.

And let us not forget our adventures with Geralt in the plethora of awe-inspiring landscape in The Witcher 3: Wild Hunt.

These are but a few of the amazing titles we’ve been treated to but the good times haven’t stopped rolling. We still have a few months left before 2015 waves it goodbyes and between now and then we have a pretty mouth watering and jam-packed line-up of upcoming games coming our way.

But enough nostalgic mumbling, let us see what great surprises still lie ahead. With all things considered, it is very likely that this might be the last true instalment in the prolific Metal Gear franchise. If so, Metal Gear Solid V: The Phantom Pain will be the swansong to an incredible 38-year journey, marking an end to the series and probably the end of publisher Konami’s range of AAA-games.

Phantom Pain once again puts you in the shoes of the legendary ex- FOXHOUND operative, Solid Snake a.k.a. “Big Boss”.

Its story takes place nine years after the events of the prologue title, Metal Gear Solid: Ground Zeroes. In all this time Snake has been lying in a coma only to wake up now, the year 1984. The Cold War is at its peak and the threat of nuclear weapons is looming larger than ever. Snake, driven by the revenge of the destruction of “Mother Base” and his lost comrades, gathers a large private army and proceeds to hunt down the shadow group, XOF.

Phantom Pain will be the first in the series to boast a true open world experience, allowing players to fully immerse themselves in the in-game world and providing them with a new level of freedom not present in its predecessors.

The game will explore a wide array of themes such as the psychological effects of war and its result on those trapped in its vicious cycle.

With its combination Kojima’s masterful cinematic storytelling and the Fox Engine’s cutting edge graphical rendering, Phantom Pain is certainly not a title to me missed. This will be the first Mad Max game to be released since the 1990 NES title (which seems to be utter shite from what I’ve seen).

With the Fury Road movie reinvigorating interest in the Mad Max universe and the present graphical quality of high-end game engines that will do it justice, this game could not have come at a better time.

You are, of course, put in the shoes of mad-man Max Rockatansky. Max has travelled to the Plains of Silence in his infamous Interceptor vehicle but quickly gets robbed of it (and pretty much everything else) by the War Boys who operate under the leadership of the sanity-deprived Scabrous Scrotus.

Stripped of his most important possessions, Max is left to wonder the great desert with nothing but his will to survive (and pants). He eventually meets Chumbucket, a hunchbacked mechanic whose single life goal is to create the greatest car ever built, the Magnum Opus. The two decide to form a partnership in the hope of creating this magnificent vehicle and ultimately exact their revenge on Scrotus and his War Boys.

As in the movies, the game’s mechanics and narrative is centered on the Mad Max universe’s bizarre car culture. Once you have acquired your vehicle, you will be able to alter and upgrade it with an endless array of customizations. But you won’t be left to do it in peace. The War Boys and the other deadly element of the desert will prove to be a great obstacle in your path to redemption.

Mad Max will put an emphasis on vehicle combat and, according to what I’ve seen; it will be on a level not seen ever before in a game. You will also be regularly exploring the world on foot from a third person perspective, dealing some post-apocalyptic desert justice with your fists and various weapons.
Mad Max seems like it is going to be a glorious and unique title but only time will tell. I, for one, can’t wait to get my hands on this title. I recently started replaying Fallout: New Vegas and it just made me realise how insanely epic this franchise is and how much I am looking forward to Fallout 4.

New Vegas had all the ingredients for a truly immersive and open world experience: a wide array of beautifully sinister landscapes, a plethora of weapons, an in-depth upgrade system and a captivating narrative that leaves you begging for more.

The only things I felt that was missing (from a 2015 perspective) were a more thorough character customization and higher graphical quality. Fallout 4 seems like it addresses both these elements spectacularly and adds a whole lot more.

According to Todd Howard, game director at Bethesda Studios, the Fallout 4 will start you off in “the world before the bombs fell” and will boast an “enormous and dynamic world where you can create any kind of character you want”.

Howard also adds that, as with any Bethesda title, detail is at the heart of Fallout 4 and every object you see was crafted with great passion and consideration.

Fallout 4 seems to have a much stronger cinematic feel than it’s predecessors, which is something I am both excited and sceptical about. I always loved that the previous Fallouts told most of its story purely through game play and dialogue, leaving you to discover the story by yourself and at your own pace.

While I feel that a more cinematic feel will definitely give the game a greater edge, I just hope it doesn’t follow the more travelled route of a cutscene-ridden game title. That being said, I don’t think Bethesda even knows how to make a bad game as I’ve devoured their past titles with great satisfaction. I doubt that Fallout 4 will be any different. Rise of the Tomb Raider is the sequel to 2013’s Tomb Raider, the reboot of the popular franchise that serves as Lara Croft’s origin story. In Tomb Raider we saw Lara starting to transition from a young and frail archaeology graduate to true survivalist.

In Rise of the Tomb Raider this transition continues and we see a much more badass and confident Lara Croft starting to emerge.

As the story goes, the bizarre events of the previous title have been covered up by an organisation called Trinity. Lara, knowing the truth of that expedition, has now set out to discover the truth behind many other myths and mysteries and in the process is slowly turning into the tomb raider we’ve always known.

In Rise of the Tomb Raider we follow Lara and Jonah Maiava deep into the Siberian wilderness in search of the city of Kitezh. According to legend, only those with a pure hearts will be able to locate the fabled city, a place Lara believes to hold the key to immortality.

But Trinity is also interested in discovering Kitezh and will do whatever it takes to stop Lara from doing so first. In order to discover the truth behind the city’s legends and win the race against Trinity, Lara must face a myriad of obstacles such as the harsh conditions and wildlife of Siberia and the ruthless ways of Trinity.

From what I’ve seen in the game play demos it looks like Rise of Tomb Raider is going to filled with tense and action packed moments that will keep you on the edge of your seat. The sense of realism I got from the demos was astonishing. The way Lara struggled to walk through snow and the graphical quality of the environment and its textures all came together to form an extremely believable and immersive experience.

It also did seem that the game was rife with cut scenes and QTE’s. Hopefully, they don’t take too much precedence over the actual game play. But if Rise of the Tomb Raider is anything like its predecessor I’m all in. And it looks like it’s going to be even better. I don’t know why it has taken so long to create full-fledged Star Wars game in the likeness of the soon-to-be-released Battlefront. Sure we had The Force Unleashed, which was pretty fun, but it ultimately failed to live up to the magic of the Star Wars universe.

Maybe that was why there hasn’t been another proper attempt to gamify it, as any bad Star Wars game is considered a travesty against the franchise and its fans.

But Star Wars: Battlefront seems like it will live up to any fans expectations and beyond. From what I’ve seen so far, the project was filled with individuals who are all passionate of the legendary saga and it really shows in game play demos. The environments and situations all seem incredibly reminiscent of the atmosphere the movies conveyed.

This title is not considered as a sequel to the previous Battlefront but more as a reboot. Like its predecessors, Battlefront is focused on large multiplayer matches, be it online or offline.

You will be able to choose between either a Rebel Alliance soldier or Imperial Stormtrooper and will be able to fight either on foot, in various Star Wars related vehicles such as the X-wing fighter jet or the monolithic AT-AT Walker.

At certain times you will also be able (after fulfilling some hefty requirements I would guess) to play as either Luke Skywalker or Darth Vader, who both seem to exert great power on the battlefield.

Certain maps will allow up to 40 players to battle against each other with the options of smaller maps too.

The gameplay footage I’ve seen so far doesn’t leave much room for doubt and I think Star Wars: Battlefront might just be the greatest Star Wars game ever created.