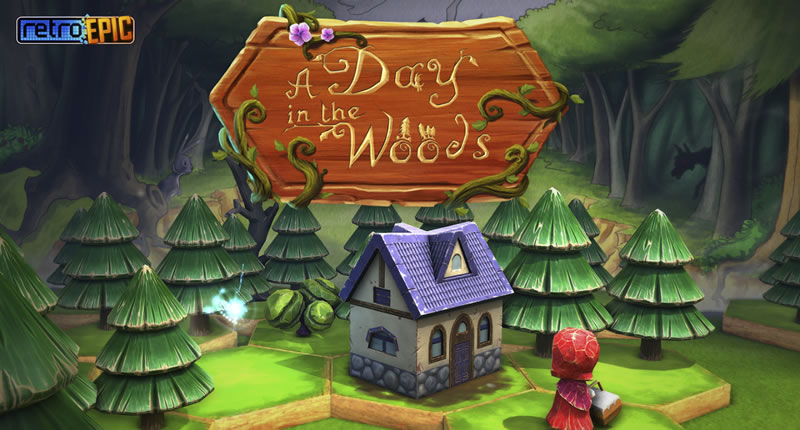 Little Red Riding Hood leaped away from the bear and managed to throw a beehive at the hulking beast. The bear roared as the mass flew within inches of its head, narrowly missing it. With a quick swipe, it batted away the object with one paw. The golden-yellow mound landed on the ground with a large thud and cracked open, its contents spilling out. The bear, easily ten times the size of Red, began to devour the hive’s honey before the grass had a chance to absorb all of it.

This diversion forced the bear to ignore the little girl, who would have made for an easy meal and more filling than the honey. Red snuck past the bear and took off towards her goal. She could see it in the distance, a small cottage.

Red neared a berry bush and scooped up a few into her pocket, which overflowed with them. Her grandmother had requested she pick some before visiting.

She reached the cottage’s wooden door and pounded on it with all her might, for she knew the honey wouldn’t keep the bear busy forever. After a few moments, the sound of a lock being turned sounded through the door and it slowly creaked open. A small, elderly figure popped its head out of the new opening and gave her a small toothless smile. It was that of an old man, well past his prime. With one hand, he readjusted his glasses and use the other to balance his small frame on a crooked wooden cane.

“Oh, I’m sorry dear, but your grandmother is in another cottage.” He smiled once more. “Berries!” he exclaimed. With a motion faster than she could tell, the old man grabbed the berries out of her pocket and slammed the door shut. The locked turned again. Red banged on the door once more, but no sound or movement came from inside.

She knew her journey wasn’t over, but how long would it take before she reached her grandmother? The girl had already been through several clearings and couldn’t fathom why she wasn’t reaching her grandmother’s house. In the woods and the darkness beyond her, a sly, toothy, grin appeared. A slick, moist tongue slide over the jagged white edges of the teeth as the figure donned its own hood and slid back into the tree-covered shroud.

A Day in the Woods is the first game from South African indie developer, RetroEpic. The premise and mechanics are simple enough, but each level can be a brainteaser of note, especially when trying to get all of the unlockables. The story follows the general premise of Little Red Riding Hood. She’s on her way to grandma’s house, but there are things along the way that keep preventing her from doing so. And, that’s pretty much it.

A Day in the Woods is very similar to a virtual board game. The gameplay takes place on a board — with a backdrop — and all of the pieces are on hexagonal tiles. Much like old sliding puzzles, one space is left open so that a game piece may be moved into it, and this is the only open space on the board at any time.

The object is to move Little Red Riding Hood around the board until she’s next to the tile containing her grandmother’s house. It’s not an easy task as trees, fires, bears, fires, and other hazards are blocking your path. The controls are incredibly easy. All you’ll need to do is a tap a tile to move it. That’s it. The true complexity comes from maneuvering around the different obstacles. Red cannot move next to bears or spiders. she can move next to a bear if there’s a beehive for the bear to snack on. You’ll often backtrack through a level to complete it, and not properly planning your steps can count against you.

During each level, you’re given up to three stars depending on certain criteria. The first star is for completing the level, the second is for completing certain sub-quests, and the third for finish the game under par — withing a certain number of moves. The subquests seem easy, such as collecting flowers or berries in the stage, but when they’re on the other side of the playing field you really have to make those moves count. There is a point to stars. When enough are collected you’ll be able to customise the playing board with different themes, colours, and more. It’s an excellent reward system for completionists and not just bragging rites for acquiring all of the stars.

The game has a Mario-esque bit of comedy to it; whenever you reach a cottage it’s never your grandmother, until the last level. It’s similar to your princess being in another castle. A Day in the Woods has a storybook art style and graphics. It’s brilliant and I’d love to own a board game or storybook in the same style. Everything has been rendered to appear as if it’s made out of wood. Red, the trees, the bears, all look like little wooden figures.

I tested the game on an iPhone 5c and due to the inability to zoom in during gameplay — the developers stated it was a feature they needed to remove from portable versions of the game — some of the detail is lost to you. It would be great if they found a way to re-introduce the zoom mechanic. When there are more than a handful of tiles it can become hard to distinguish between certain playing pieces. Is A Day in the Woods worth your hard-earned cash? Coming in at just under R70, or a bit more than a McDonalds meal with an extra burger, the game is bound to give you hours of entertainment. It kept me going for several thus far and I will be replaying many, many levels to reach that par score. For the price, it’s a universal app, which means it’ll work on tablet and phone alike for the price of one purchase.

Verdict: A Day in the Woods is a fun little puzzler. It’s an interesting and complex game from a home-grown South African indie studio. You can see a lot of love has been put into A Day in the Woods, which makes it feel special. As mobile games go, this is one of the best. Get it now. 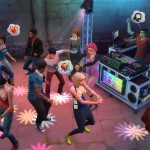