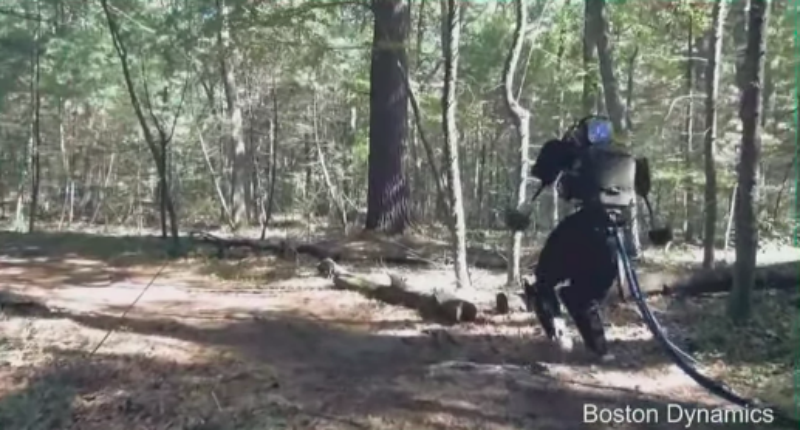 US-based engineering and robotics design company Boston Dynamics continues to turn heads with yet another showcase of its robotic prowess.

This time round, it’s not a robotic dog that can easily withstand a kick to its side. It’s a humanoid, slouching around in a forest. It’s even creepier than MIT’s cheetah-like machine that can autonomously run and jump.

At a FAB 11 Conference at MIT, the founder of Boston Dynamics, Marc Raibert, demonstrated the latest of what the company is up to these days.

For starters, Spot — the famous four-legged canine-like robot — has undergone some modifications. It now has a new limb that extends out of its face that can manipulate objects, open doors and other crazy stuff.

The star of the show however was Boston Dymanics’ humanoid droid, which demonstrates the company’s keen focus on balance and movement over tricky terrain.

While the humanoid manages to lurk around in a forest with little difficulty, it does so with a power tether attached to it. Raibert reassures us that the team is working on a model that can move completely independently.

“We’re making pretty good progress in making it’s mobility within shooting range of yours. I’m not saying it can do everything you can do, but you can imagine if we keep pushing we’ll get there.”

Take a look for yourself:

The company also presented its vision of the future which entails a new construction process. Boston Dynamics is working on introducing 3D-printed limbs with hydraulic components built directly into their structure. 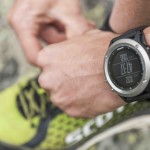