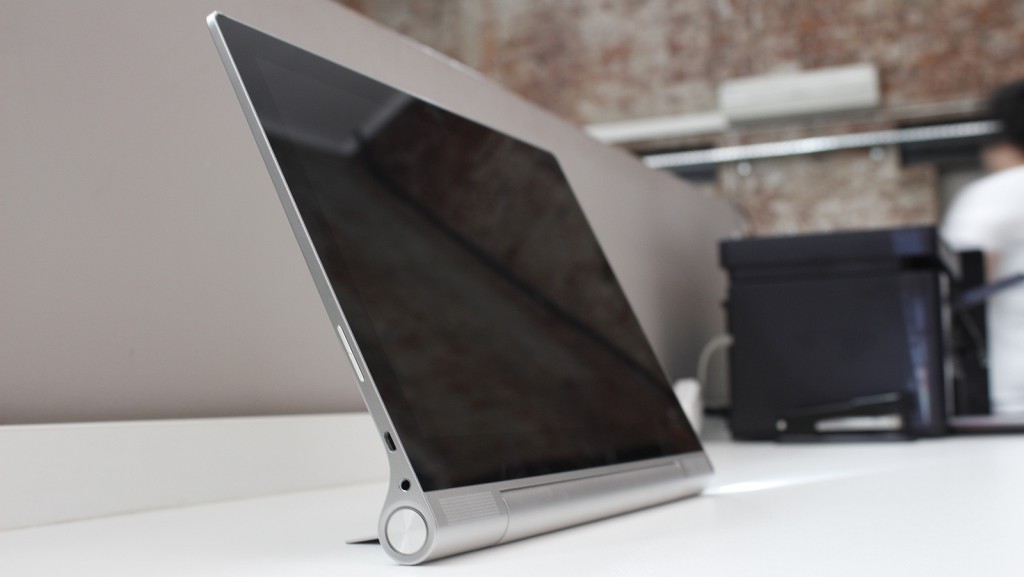 Design and innovation seems to flow in phases and trends when it comes to popular technology genres, so for certain spells devices just look the same, feel the same and practically are the same. Don’t believe us? Have a look at last year’s tablet lineup.

A company that has been trying to buck this trend though is Lenovo.

It has launched some seriously quirky machinery of late, including the Lenovo Yoga Pro 2 ultrabook that crosses and blurs the boundaries between tablet and wafer think laptop. Another device from the same Yoga family is this curious tablet.

The Lenovo Yoga Tablet 2 Pro is the company’s tablet-cum-projector, or multimedia tablet if you’re a company rep. The device is not the prettiest and its overall user experience isn’t the best in the market, but its design and functions are beyond anything imagined before it. Forget that the tablet comes with a 13.3-inch screen, the strength of the tablet is its projector.

Furthermore, laptops and desktop computers unlike the Lenovo Yoga Tablet 2 Pro, cannot project documents, pictures, slides. Already, the Lenovo tablet wins, even before it proves how competent it is in this not often seen department. It’s not the most recent device, launching in the third quarter of 2014, but it still packs a lot of muscle. Weighing in at around 950g, it’s a fat machine boasting a 2560×1440 screen, microUSB data and power port, microSD expansion slot and an audio-out jack. There’s a little slider that adjusts the projector focus and a flap that pops out at the rear which doubles up as a stand or a tablet hanger.

Processing is taken care of by a quad-core Intel Atom Z3745 CPU of the Bay Trail variety, 2GB of RAM and 32GB of internal storage. It comes with Android KitKat and with the usual gaggle of Android apps.

The tablet works both at work and home, giving the definition work and play hard a new meaning. It is heavy though and perhaps best kept in either the office or home. It then works not so much as a tablet but rather as a projector. The projector works on most surfaces, but a white wall works best. In its promo materials, Lenovo suggests that the tablet is an entertainment tablet — so an entirely different genre itself — so, considering that its the only device in this niche, we don’t really have much of a comparison.

One of the main features is that kickstand. There are four ways to use the tablet. The back kickstand pops out and can flip out to 180 degrees. The kickstand allows it to be held, tilt, stand, and hang. These do come with issues, depending on where one wants to project the image, they are not the most adaptable. This is an issue though, nothing a stack of books or clothes cannot fix. The advantage, if one buys this, would be to set up a dedicated place to use it and build a stand for it.

The big question which matters more than the quirky design and innovation is the quality of the projector’s image. It works best in complete darkness and that focus slider does work well. Overall the image is not very bright and this is something Lenovo needs to work on. Though the projector is only 854×580, the video quality is average if you fancy an impromptu theatre experience.

Perhaps thanks to Lenovo thinking more about entertainment, the Yoga Tablet 2 Pro isn’t all that good at being a tablet.

Firstly, maneuvering apps is a bit of a bother thanks to the stupidly unintuitive UI. When downloading an app, it forces the user to place it in a folder. Many times I struggled with doing that as there is not a clear copy and paste option. Furthermore, once an app is done downloading, it interrupts whatever you are doing and demands to be put in a folder.

Unlike smartphones or other tablets where the apps are aligned in a beautiful layout, the Lenovo tablet opts for an asymmetrical layout. Apps are laid out in the screen apart from each other. Browsing the internet, email, social networking, messaging is a breeze. Overall, the Lenovo Yoga Tablet 2 Pro is a strange device. It’s a good proof of concept, and it’s definitely different but it’s not a good way to part with R9000 (or US$449). Though it needs more clarity, it succeeds as a projector and not so much as a tablet.

Verdict: The Lenovo Yoga Tablet 2 Pro has a good projector but it does not fare well as a traditional tablet. It’s heavy, cumbersome and its software is chaotic. But if you’re looking for a portable multimedia solution, it’s a good buy and probably the only device like it in its market and that’s the only reason why it deserves the score below. 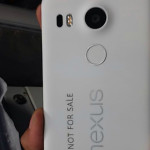