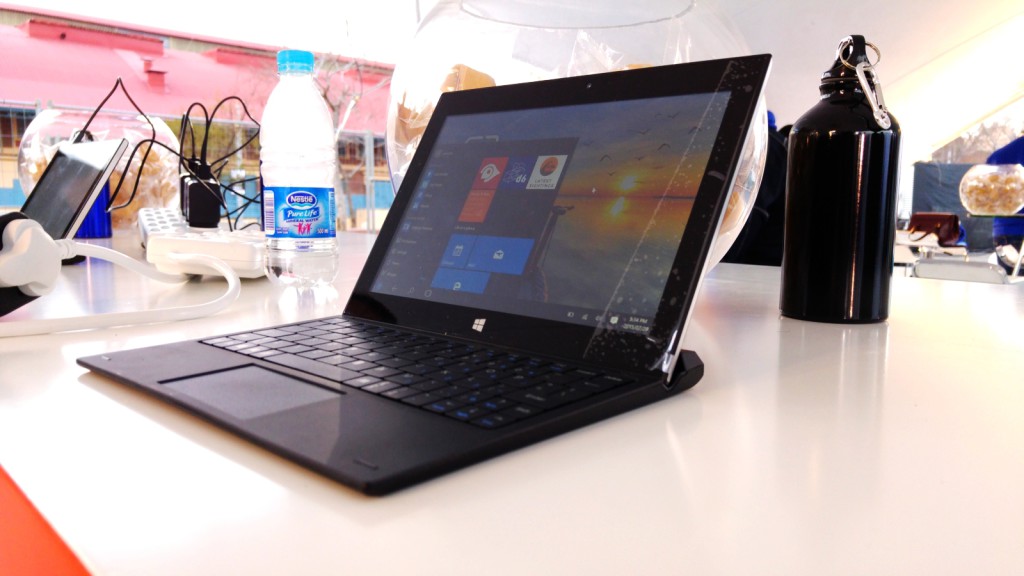 Tablets are slowly becoming the jack of all trade devices we all thought they would. They’ve murdered netbooks and have made large laptops even more obsolete beyond the boardroom. And what’s particularly interesting is the lack of bigger brands in this sector. Sure, Sony and Microsoft have tablets that can be transformed into ultrabooks, but in the South African market, these two companies aren’t as prominent as a few others.

Proline, one of Pinnacle Africa’s local brands, definitely is.

The company’s taken a bit of inspiration from the likes of Microsoft’s Surface, and has developed the rather intriguing Windows 8-powered Proline A933L tablet hybrid, but can it hang with the big boys even if its a fifth of the price?

Understandably, no. The Proline A933L retails for around R3000, so comparing it to Microsoft’s R8 000 base Surface is wildly ridiculous. It does however aim to do much the same as the Surface in providing users with do-it-all, highly portable versatility.

Some bundles include a keyboard alongside the Proline A933L tablet itself but this is largely retailer-dependent. If you happen to get the tablet alone, the keyboard is sold separately, which is around R300 itself.

Being it a tablet too, you get a compact smartphone like charger and an annoyingly short cable. One nicety was the soft-touch tablet pouch included in the box. It doesn’t fit the keyboard and tablet though, but it should be fine if you aren’t planning to tote the latter around.

From the outset, it’s definitely not the prettiest tablet we’ve seen, but it’s by no means ugly either. It’s gritty, with splashes of more subtle design cues here and there.

Instead of a shimmery plastic facade, there’s a brushed dark plastic exterior which looks much nicer. The sides are flanked by a metallic silver ribbon and boasts a volume rocker and power button, while on the opposite side there’s a 3.5mm audio jack. Up top, there’s a mini HDMI out port and a microUSB port, used for charging and if you can find one, an OTG data cable. On the bottom edge of the unit, there’s a set of golden pins which allows the tablet to fit snugly within its keyboard dock. The keyboard is a grave disappointment though. Although it’s a lovely designed, shallow, and fairly light unit, the right-hand side SHIFT key is the smaller of the two, a design feature I loathe on smaller machines. Nevertheless, when the tablet is tucked into the keyboard, the keyboard acts as a suitable screen protector.

This is really where the device shines.

For a R3000 tablet, it makes a few laptops look like a terrible deal. The Proline A933L boasts an Intel Atom Z3735G (Bay Trail) which gives the user four cores running at 1.33GHz. It can turbo up to 1.83GHz if needed, but this only really happens when loading intensive websites or buzzing through HD movies. There’s also 2GB of RAM on tap and around 32GB of internal storage, which leaves about 24GB usable after Windows 8.1 is installed. There’s also an option to increase this by 64GB, thanks to a microSD card.

All this powers an 8.9-inch 1920×1080 touch screen, which is definitely denser than we’ve seen on other tablets in its class, while it also supports a host of connectivity options, including 3G, WiFi, Bluetooth 4.0 LE and A-GPS.

The battery’s also fairly large at 5000mAh, but size is definitely not useful if the machine isn’t all that efficient.

And it isn’t. You’ll get around four hours worth of battery life from this device, using a combination of web browsing via WiFi, word processing and listening to streaming music. Dropping the screen brightness down doesn’t help much either, and we imagine it’s an issue with the Intel chipset. But what’s even more annoying is the charger.

If you fancy using your Proline A933L while keeping it plugged into the wall, the native charger just doesn’t have enough thrust to keep up with the drain. So it discharges even when its plugged in. It’s a massive issue for me, especially since using it hotel rooms just isn’t an option with this problem. A charger with a beefier amperage should solve this though. I’ve tried charging the Proline A933L with an LG G4 charger, and it seems to struggle a little less.

With that said, performance in general is adequate for those on the go, or the casual email check. Web browsing is easy enough too once you adjust the screen DPI scaling, watching HD movies is no problem for this machine either (and with that 1080p screen, it’s extremely enjoyable). What’s more impressive is the touch screen Windows 8 experience.

Although I hate the OS, it’s absolutely brilliant on this device. Of course, Windows 10 is just around the corner, so the experience can only get better (we actually spotted quite a few of these scattered around at the Windows 10 launch earlier this month).

You’re not getting Surface-levels of build prowess here, and don’t expect anything like it, but we had to knock a few points off here.

I’m not the roughest handler of devices, but the keyboard felt incredibly flimsy and pliable, while some of the keys varied in travel to a nonsensical degree. This small issue meant that I mistyped characters on this thing more often than I completed a sentence.

Other than that, the unit is solid. The ports didn’t show signs of wear or tear after quite a few charges, but we did experience some travel in the microUSB charging port with multiple cables, which perhaps means that the clasps within the port weren’t as secure as they should be. Buttons were also solid too, so no fault there.

Overall, you can’t be too unhappy with the A933L, especially since you aren’t paying an arm and a leg for it.

Here’s its real selling point. At R2999 (and in some cases, even cheaper), you’re getting a lot of tablet and quite a decent laptop replacement for what you would’ve once paid for a cheap netbook. It’s quite unreal.

It’s not the fastest Windows hybrid on the market, but it’s definitely the cheapest, and cheapest that I would swing for. I’m usually quite a prude when it comes to products, but hell, the Proline A933L is about as bang for your buck as you can get in any tech genre nowadays. And I’ve ordered one for keeps too, so there’s that vote of confidence as well.

Verdict: Although it has issues, they can all be resolved relatively simply or circumvented completely (except perhaps, those build flaws). But as a portable layover entertainer, tertiary Windows machine, or hotel travel companion, it’ll do just fine complimenting your usual computing arsenal. Just don’t expect to run your entire business from it. 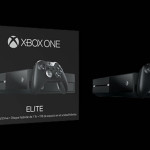