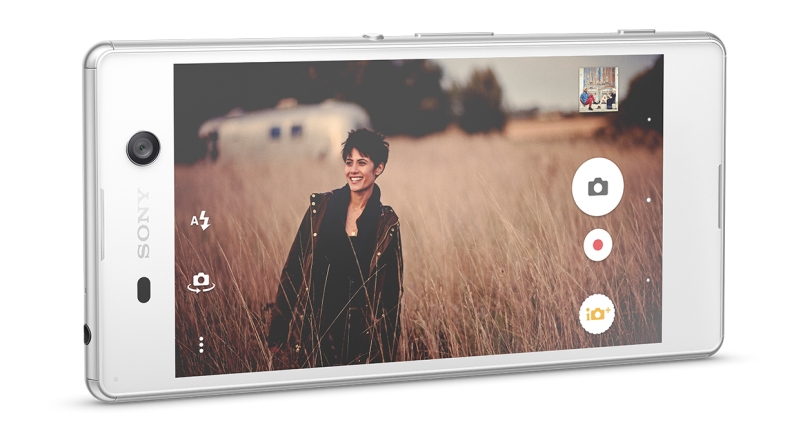 There goes Sony again, launching a new device just a few months after its previous round of releases and a few hours prior to a slew of leaks. This time, it’s the mid-range M-category that gets a makeover, but it’s a rather impressive one at that.

The Sony Xperia M5 is the Xperia M4 successor, a device which hasn’t seen a stellar global uptake thanks to a few rather odd quirks. The Xperia M5 seems like a more streamlined device, with Sony taking to heart the M-category’s real selling points: imaging and affordability.

With that in mind, Sony has spent a great deal streamlining the chipset as well, and has subsequently ditched Qualcomm this time around. MediaTek‘s MWC 2015-announced Helio X10 SoC features in the device, which provides six processing cores topping out at 2.0GHz and 3GB of RAM. What’s more interesting though is the camera technology.

The Sony Xperia Z3 was one of the best pocket cameras we saw last year, but the Sony Xperia M5 takes things a step further. Although it features a fairly narrow aperture of f/2.2, it boasts a 21.5MP Exmor RS sensor with hybrid autofocus which takes just 0.25 seconds to lock onto a target. Ultimately, this means faster, more rapid snaps. This doesn’t stop at the front either, with a 13MP snapper also boasting autofocus just above the 5.0-inch Full HD screen.

Of course, this wouldn’t be much of an Xperia without a love of water. The Sony Xperia M5 is water and dust proof, boasting an IP rating of 68. It does seem that Sony is finally scrapping the “Aqua” variant of the range.

The device will be sold in South Africa in Q4 2015, so hold tight. There’s no word on possible pricing details either, but expect it to occupy the same space at the Sony Xperia M4 Aqua. 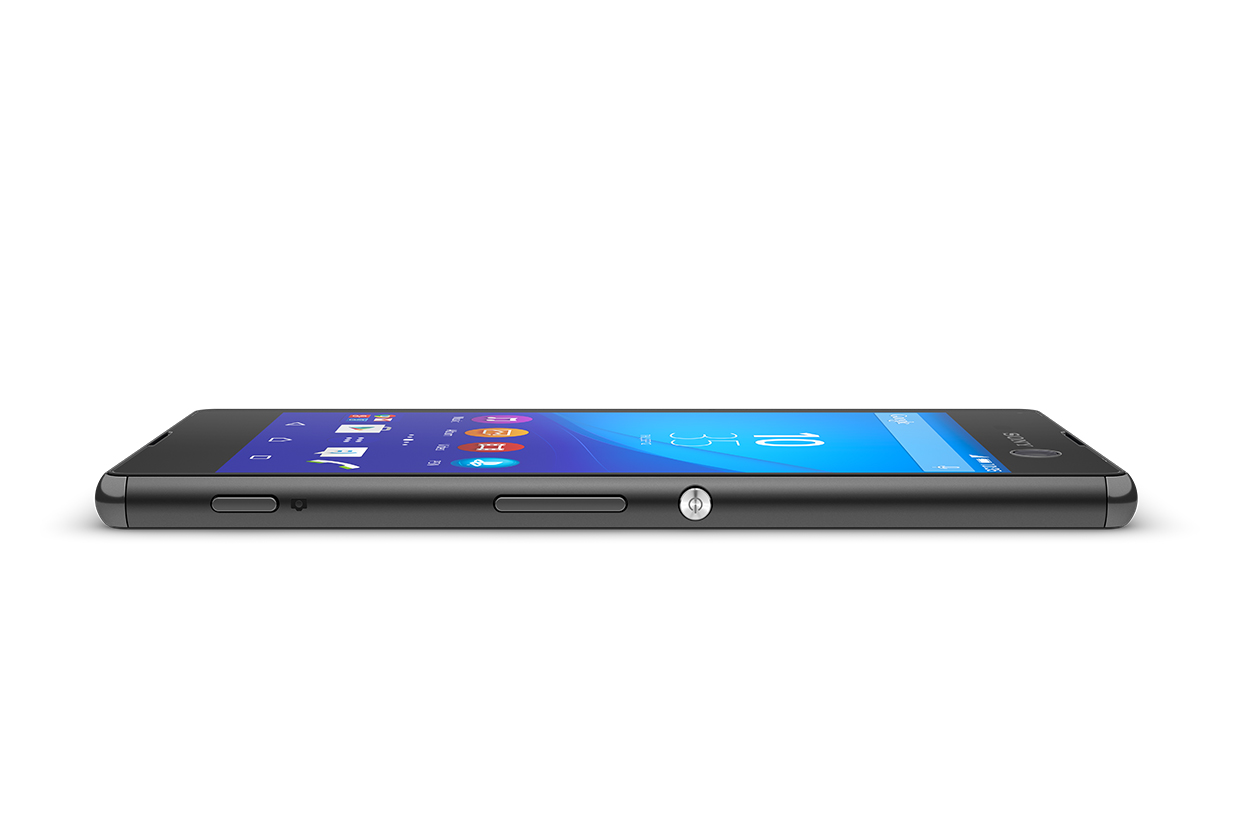 It's slightly thinner than the M4 Aqua, but heavier. 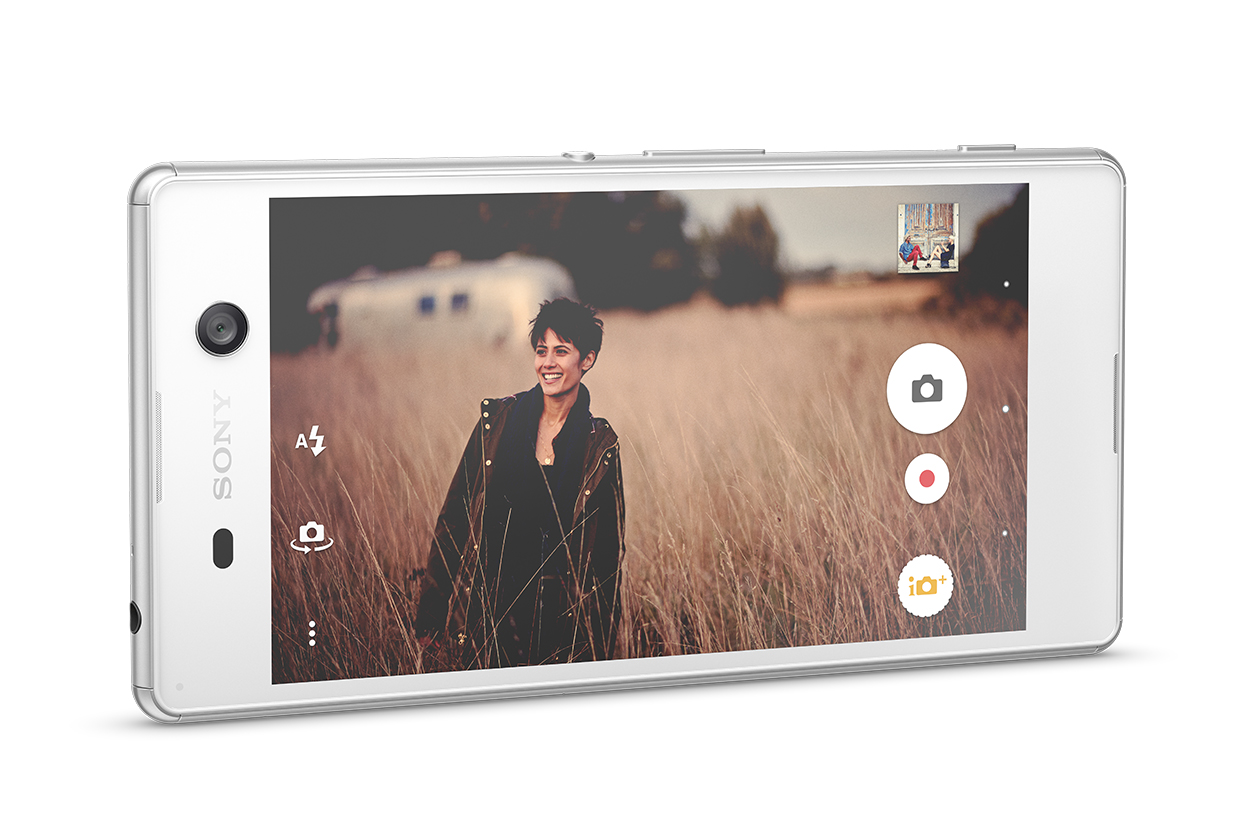 Camera technology will play a large part in Sony smartphones in the future. 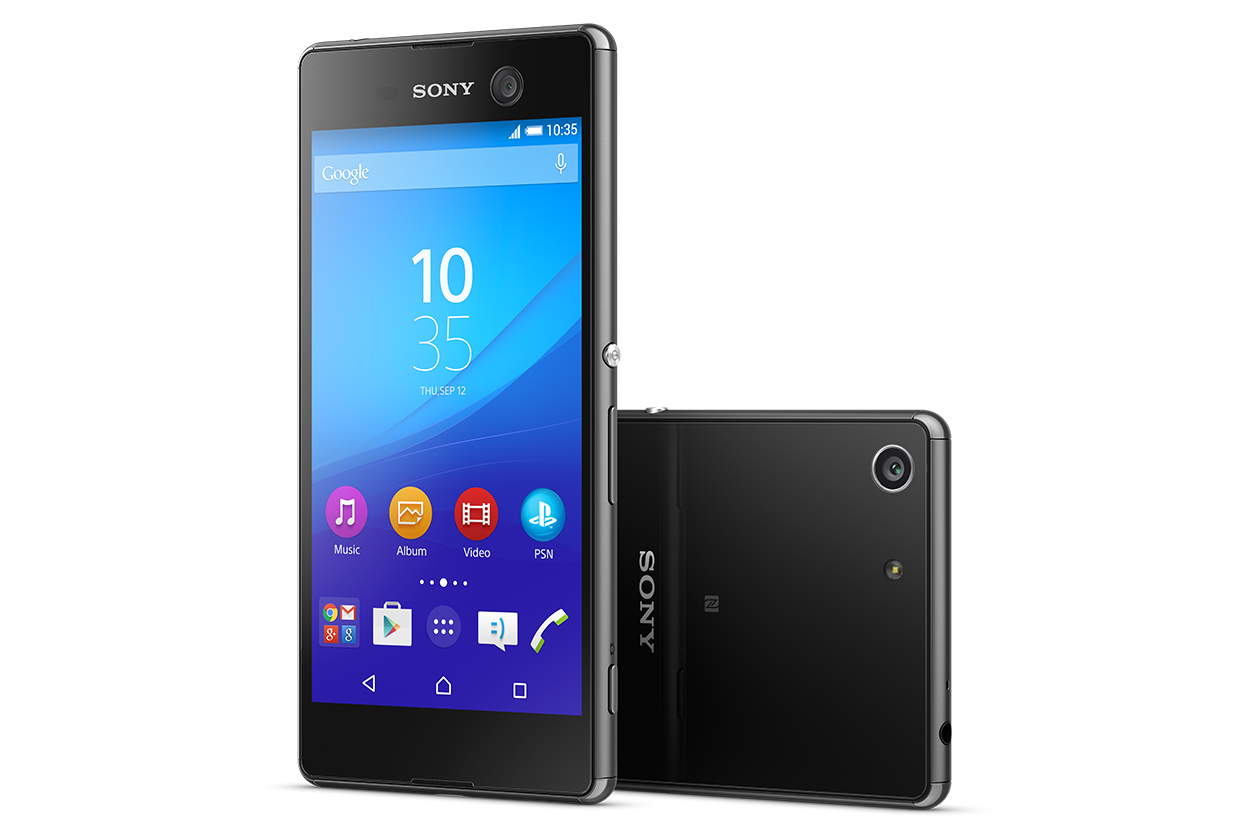 It doesn't look all that different to the outgoing model, does it? 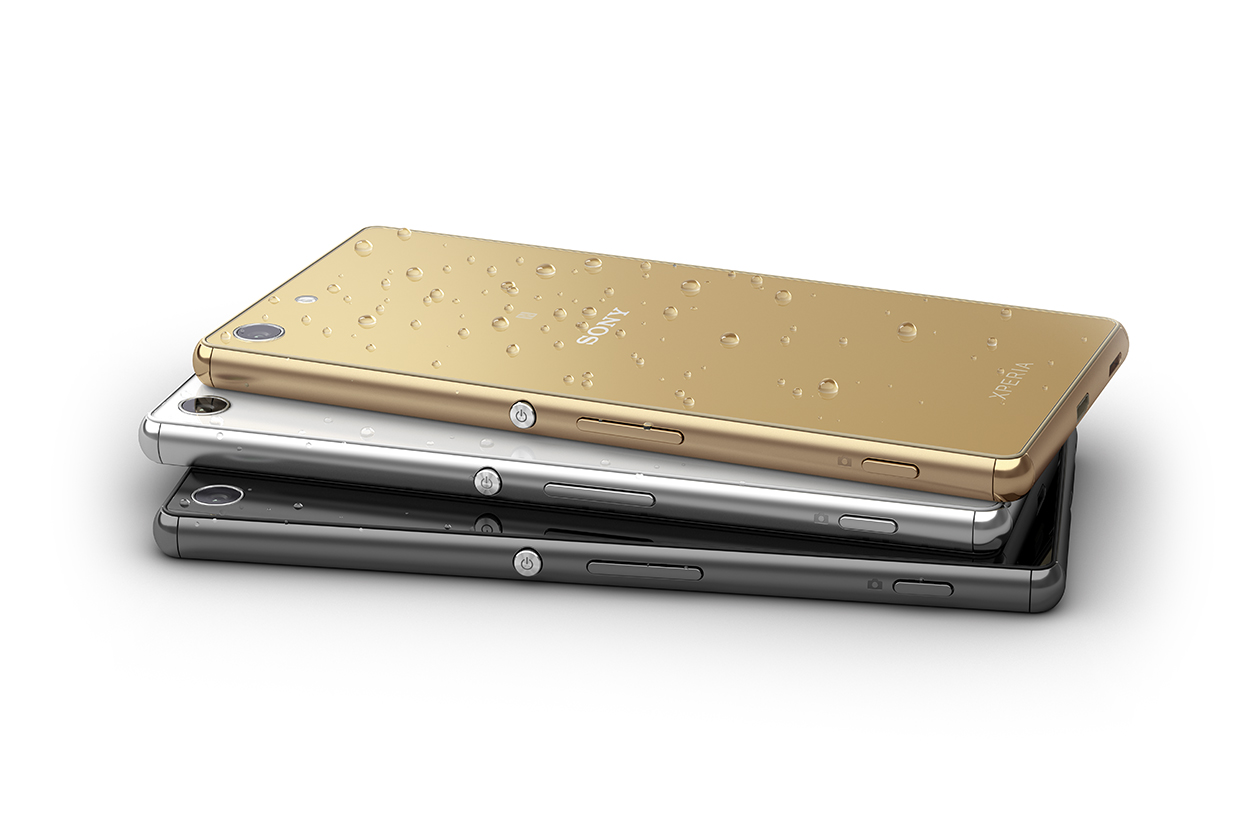 The gold colour scheme is rather fetching. 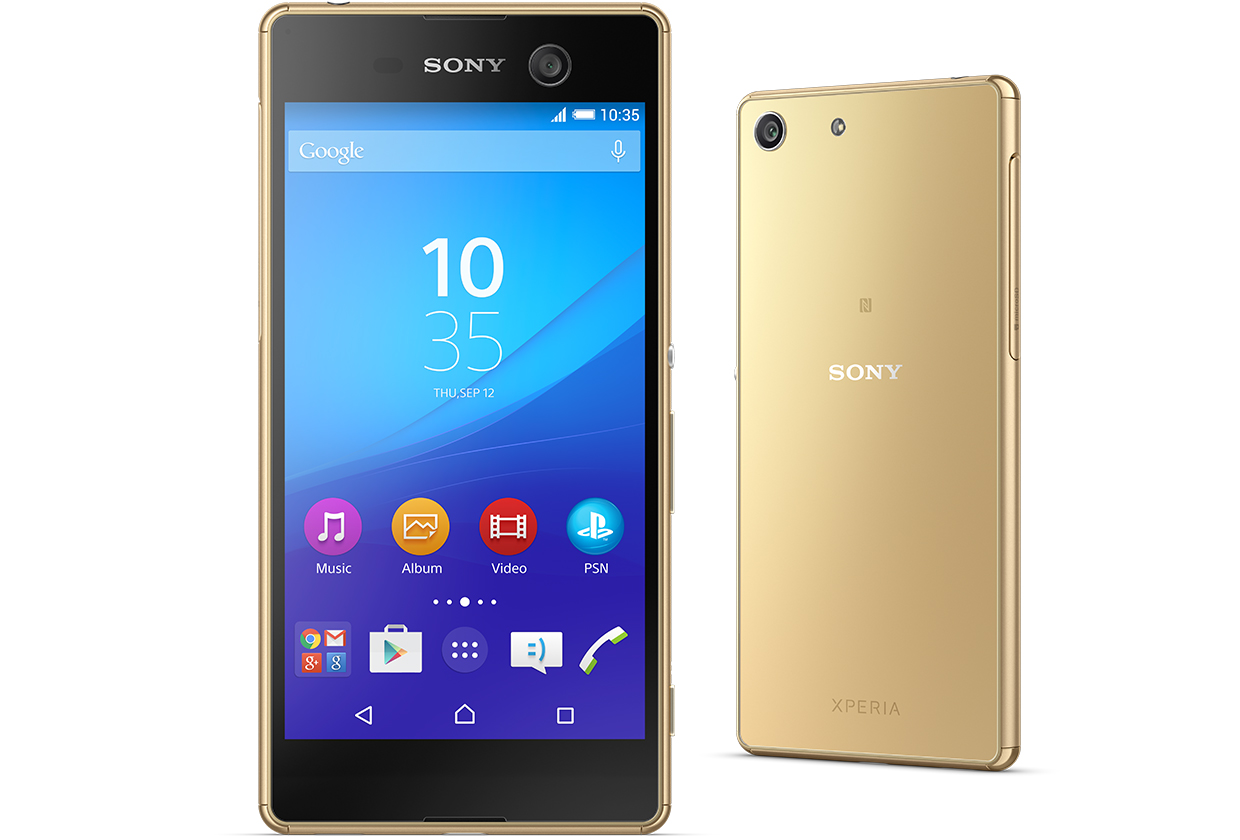 The shrinking bezel size is a glimpse into the future. Perhaps a sign of what the Sony Xperia Z5 could boast? 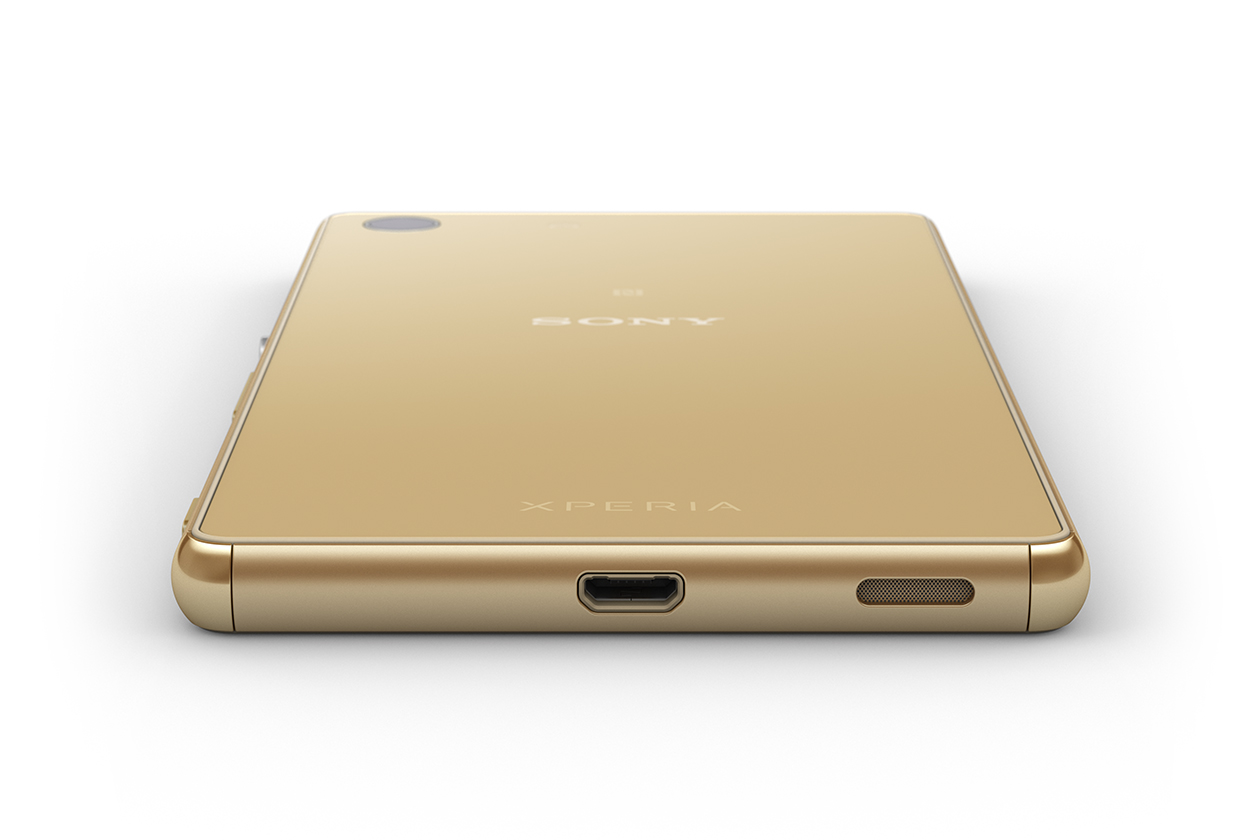 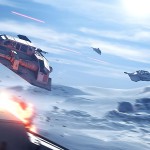