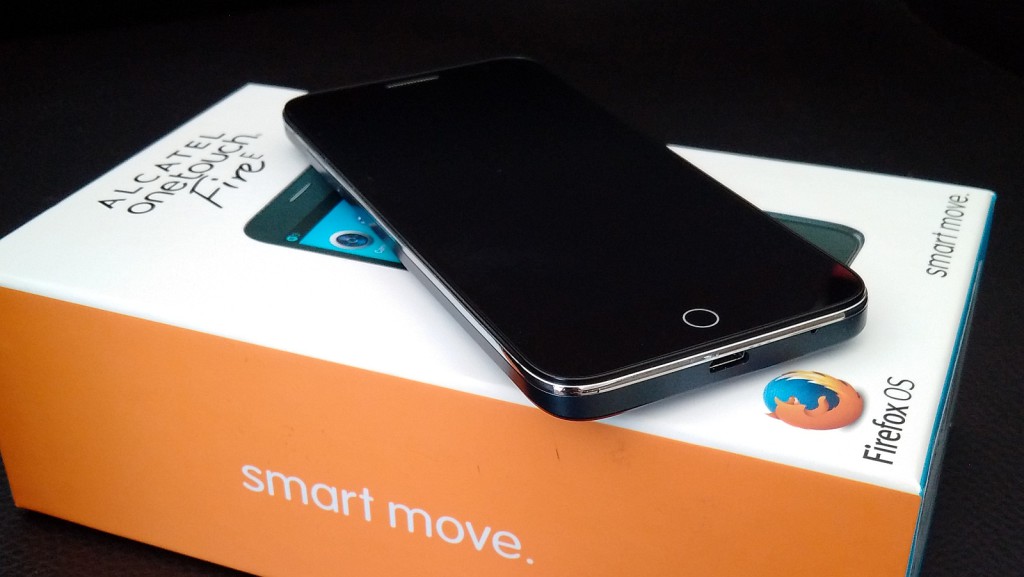 I imagine that it must be pretty difficult launching a brand spanking new operating system while the world’s obsessed with iOS, Android and soon Windows 10. But some companies plough on regardless, and one of these is non-for-profit Mozilla.

Its legendary Firefox name is now eponymous with its latest mobile operating system, an OS that will eventually find its way on tablets and smart TVs too. But that pales in comparison to its smartphone ambitions.

Now, thanks to Alcatel OneTouch, Africa gets its first taste of the American company’s blood, sweat and tears, but how does the Alcatel OneTouch Fire E fare in a world full of Androids and iOSes? And does Firefox OS give users enough reason to purchase the phone?

The unboxing experience isn’t all that great, really and leaves a lot to be desired. Everything is covered though, it’s just not the most entertaining experience I’ve had in a while.

You get a charger that looks straight out of the late nineties, and the included headphones that aren’t that usable for those with reasonable taste. It’s not a complete hit and miss though, considering the device is retaining for just R1699.

As far as the phone’s aesthetic qualities go, it’s quite a stately affair with sleek, clean iPhone-like lines dominating, and a hardware touch button that’s more of a baked-in circle than an actual cut-out. It results in an almost completely smooth phone from head to toe, something Huawei and Samsung themselves can barely get right. It definitely looks more than what its price tag suggests.

Another noticeable feature is its weight. At just 103g, it’s one of the lightest smartphones we’ve held in ages. Use this thing in the Cape Town wind and chance are it’ll be flying away with the seagulls on a particularly blustery day. While in the pockets, it’s a godsend but it does feel fairly easy to drop, which scares me.

Nevertheless, all the customary buttons are included too, from a power nub to volume rocker. There’s a microUSB port for charging and data exchange and a 3.5mm audio out jack for bumping tunes though earphone or another external source. And as we’ve mentioned before, there’s a hardware home button that sits at the base on the phone’s screen and is fairly responsive to the touch.

What isn’t quite as responsive was the screen itself. It ruins the usability of the Fire E, and requires one or two more touches than what should be necessary. Annoying doesn’t quite describe it.

The Alcatel OneTouch Fire E boasts a 4.5-inch screen, with a dated resolution of 960×540. It’s not noticeable thanks to the OS, but still, we expect at least a 720p screen in today’s world. It’s also commonplace among its rivals in the same price group. Camera-wise, there’s a 5MP primary camera and a VGA up front. I can assure you that the rear camera isn’t all that good either. You can definitely use it as a shopping companion, but don’t expect to capture Table Mountain in all its Instagram-drenched natural glory.

Furthermore, users get a 1700mAh battery, which again is fairly sub-par. Still, tests revealed that the dual-core chipset could sip power without much of a fuss. The phone can easily last a day on the charge, and perhaps that’s also thanks to Firefox OS’s lightweight design.

And with that said, the phone will happily pop along, probably again thanks to Firefox OS. We can’t imaging that the average hardware would do wonders with Android installed, but with Firefox loaded the Fire E feels light on its feet.

Speaking of the OS, it’s the most striking thing about this phone. It’s weird, but in an iOS-melded-with-Ubuntu Phone way. I’m not convinced that it’s really the Android competitor it claims to be either.

There are a host of features still missing on Firefox OS 1.3, and that’s just the tip of the iceberg. Thanks to Mozilla’s outlook and target market, we probably won’t ever see the OS on a flagship device, a development push it desperately needs. Still, Firefox OS is light, simple enough to use after you get to know it, and pretty. But is it worth purchasing a phone running it yet? I don’t quite think so.

Ultimately, the Alcatel OneTouch Fire E is quite a lacklustre product beyond its stately surface. It’s just not worth the R1699 price tag, especially considering the host of alternative Android phones out there, also from the likes of Alcatel OneTouch, for that matter.

Verdict: It’s a novelty and another option for the African market, but a flawed buying decision. With a dull specification list and a foreign operating system, this phone probably won’t sell like hotcakes. What it does do is prove how ordinary Firefox OS devices will be for a good while before manufacturers take it seriously. 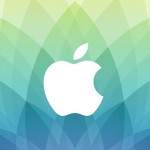