After the annual post IFA and Gamescom doldrums, we’re entering the pre-holiday announcement rush, and the next two weeks are packed. With Microsoft launching products on 6 October, and LG hosting an event on Friday, Google will hold the San Franciscan spotlight on Tuesday with its Nexus event.

But just what should we, can we and will we expect? We answer your most pertinent questions before the big announcements.

“So it’s not Google I/O. Does that mean we’ll see new Nexus devices?”

Almost certainly, and two at that.

Google’s turning to LG and Huawei this time to build the Nexus 5X and Nexus 6P respectively, replacing the outgoing models of similar name built by LG and Motorola.

The 5X for starters, will (according to rumours) feature a 5.2-inch 1080p screen, a Qualcomm Snapdragon 808 chipset, up to 32GB of internal storage and a 13MP rear camera with an awkwardly placed fingerprint sensor below it.

We know that an LG phone, likely to be the Nexus 5X, just passed through the FCC, with a reported size of 146.9mm long by 72.5mm wide, and also features a fixed battery.

The latest leak, stemming from Imgur, reveals practically all the Nexus 6P information in what is likely official Google slides destined to be screened at tomorrow’s launch.

According to the anonymous source, there will be a 5.7-inch 2560×1440 screen covered in Gorilla Glass 4, a camera that “allows in more light” and a version 2.1 Qualcomm Snapdragon 810 chipset with up to 128GB of internal storage. The fingerprint sensor is practically confirmed as well, alongside a rather large 3450mAh battery.

Leaked images also suggests that the 6P will definitely stand apart in the looks department, with a thick, raised chin around its rear, which houses the camera.

“Fingerprint sensors? What on earth for?”

Nexus phones have always been showcases for Google’s latest version of Android, and in this case, Android Marshmallow will feature native fingerprint authentication support. The Huawei Mate 7 proudly shows off its fingerprint sensor at its rear.

Although that technology isn’t new by a long shot (Samsung, Huawei and Apple have been using these for years now), it’s now baked into the Android OS without any additional manufacturer intervention needed. With the relevant hardware, this means that budget devices could feature this previously premium feature.

“You mention Android Marshmallow. What other features will it bring to the table?”

Marshmallow, like iOS 9, is more of a maintenance update than an aesthetic one, so expect more detailed improvements, bug fixes and stability struts to feature beyond the user’s eye.

Read more: Android Marshmallow update roundup: when will your phone get the update?

For starters, we’ve mentioned the inclusion of the fingerprint sensor, but Google has redressed the app permissions system giving users greater control over what apps can access and perform on a mobile device. Instead of Android granting the app all permissions upon installation, it will double check with the user when the app actually runs. This means less chance of an app holding your phone’s features (like cameras and microphones) and information at ransom. We failed to mention that both Nexus phones will feature USB Type-C ports in place of the older microUSB ports. This will mean faster charging for Android devices in the future, and no more guessing, because the Type-C connector is reversible.

Finally (perhaps the most important), Doze is a feature that’ll put your Android device to bed more readily when its not being used, saving power in the process. It’s essentially an extreme battery saving mode, which Google claims can almost double the battery life of a Nexus 9 tablet by culling unneeded background services.

Sounds good to us.

“So new phones and a new operating system. Is there anything else?” Chromecast is one of Google’s potential goldmines, and could see two new versions emerging tomorrow. Image: Maurizio Pesce via Flickr

Two years into its lifespan and the Google Chromecast hasn’t really received an update. Chances are we’ll see at least one new device with support for the new WiFi 802.11ac MIMO 5GHz bands, which will make streaming content smoother. Additionally, there are whispers that Google is working on an audio-centric Chromecast for music aficionados which will harness the power of Spotify and a rather interesting multi-room music feature.

And speaking of media streaming, the Nexus Player, launched last year alongside Motorola’s Nexus devices could receive an update as well.

As far as we know, Google isn’t about to announce a new tablet but there have been rumours since August that the Mountain View company’s working on a new Nexus 8. It could feature an octa-core MediaTek-made chipset, courtesy of benchmarks that have appeared online.

This does somehow seem unlikely, considering that the Motorola-built Nexus 9 tablet is still fairly fresh hardware-wise.

“Google was busy on a number of other products too. Any chance that we’ll hear about those?”

Google Glass received a rebrand earlier this year, so we could hear about its new direction heading into the future. Google Glass: a fad or the future?

More futuristic still, Google’s Project Ara modular phone project hit a snag earlier this year, with news that its launch will be delayed until 2016 after failing the “drop test”. But there’s a glimmer of hope that we’ll see a working prototype being demoed on stage, perhaps running Android Marshmallow and possibly remaining intact whilst doing so.

“Right. So can I watch the event live, and when will it air?”

Google will take over San Francisco for a day, beginning on 29 September 9am ET in the American East coast and 6pm SAST in South Africa and central Africa.

Live stream details are not conclusive as yet, but we expect Google to make use of YouTube to broadcast the event across the world. We’ll update this section once we get word of Google’s plans. 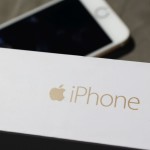