The Apple iPhone 6 has been on the market for almost a year now and it’s mind-blowing to think that the company’s already poised to release the next upgrade of its best seller. So, before ushering in a new era in mobile technology, Click n Compare decided to take a look at how consumers’ perceptions of the iPhone 6 have changed over the past year.

Apple wanted to really wow consumers with the release of their iPhone 6 in October 2014. Since handset design and performance is so competitive between the various smartphone giants, Apple promised a product very different to the iPhone 4 and iPhone 5, and the company delivered in a big way.

Don’t let anyone ever tell you that size doesn’t matter. The iPhone 6 arrived on the scene with increased screen size, resolution, battery life and memory. Apple launched two versions of its product — the 4.7-inch iPhone 6 and the 5.5-inch iPhone 6 Plus. Both boasted a completely new iPad-like design, an ultra thin body and rounded corners. How was the latest edition to the iOS family received? Apple enthusiasts loved it and shoppers literally lined up outside Menlyn’s iStore in Pretoria for the iPhone 6 launch. By the end of December 2014 the sleek iPhone continued to rewrite sales expectations.

According to Phonefinder’s Lance Krom, the iPhone 6 exceeded expectations, while its presence in the smartphone market stimulated the sale of additional Apple products.

When the iPhone 6 was launched, Apple’s leads on Phonefinder grew from 18% to 21% of all leads generated. However, only 8% of those increased leads are for the iPhone, the majority are for the Apple iPhone 5 and 5S. The reason for this is because earlier models have become more financially accessible.

According to Apple’s financial report, the iPhone 6 gifted the company with 74.5-million in phone sales for it’s first fiscal quarter, the most profitable quarter of any company ever.

Bendgate took the world by storm and became a trending topic on social media after a few consumers (out of literally millions of iPhone 6 Plus consumers) had their phones bend in their pocket. The problem arose from structural weakness within the chassis right beneath the volume buttons that allowed it to bend very easily with pressure added in just the right places.

Apple quickly responded by offering to replace bent iPhones only after completing a “visual mechanical” inspection on phones customers claim to be bent.

Apple’s iPhone 6 is no longer the new kid on the block. Samsung, for example, recently released its successful Samsung Galaxy S6 flagship. The question remains, is there a shift in consumer behaviour now that there’s new competition on the market?

Sales of the iPhone 6 have dropped to 47.5-million in the third quarter. However, this is still a 59% increase in iPhone revenue over last year. PhoneFinder’s research suggests that iPhone 6 is as popular as ever among South Africans.

Now that the dust has settled and there’s less hype around the iPhone 6 we are actually seeing a query volume reversal on Phonefinder. This month the iPhone 6 is generating 45% more queries than the Samsung Galaxy S6, although it must be noted that both phones are by far the sites leading sought after devices. Together they make up over 35% of all queries. 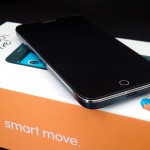