Numbers aren’t scary when sitting lonely upon a page lacking context, but the new Samsung Galaxy S6 Edge+ price will definitely cause a few die-hard Samsung fans to cower in the corner.

Vodacom has announced the pricing for one of Samsung’s many flagship smartphones, and it’s quite exorbitant. Exorbitant you, ask? I mean R14 879.

To put this into perspective, we thought that the R11k Samsung Galaxy S6 was expensive, with the iPhone 6 now available for under R9000 if you peek in the right places.

The reason for the price hike over the base Samsung Galaxy S6 Edge (pictured above) is the larger screen. At 5.5-inches, it’s closer to its iPhone 6 Plus (and soon to be iPhone 6S Plus) and LG G4 rivals, although the latter doesn’t quite boast the hardware to match. Nevertheless, it does undercut it by nearly R5000.

The Samsung Galaxy S6 Edge+ will be available from September 2015.

Although mid-range phones are getting more and more appealing in a world rife with overpriced flagships we want to know from you, is R14k too much for a smartphone, or is it a small price to pay for Samsung’s latest and greatest device? Let us know in the comments. 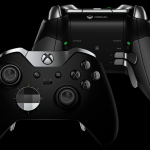