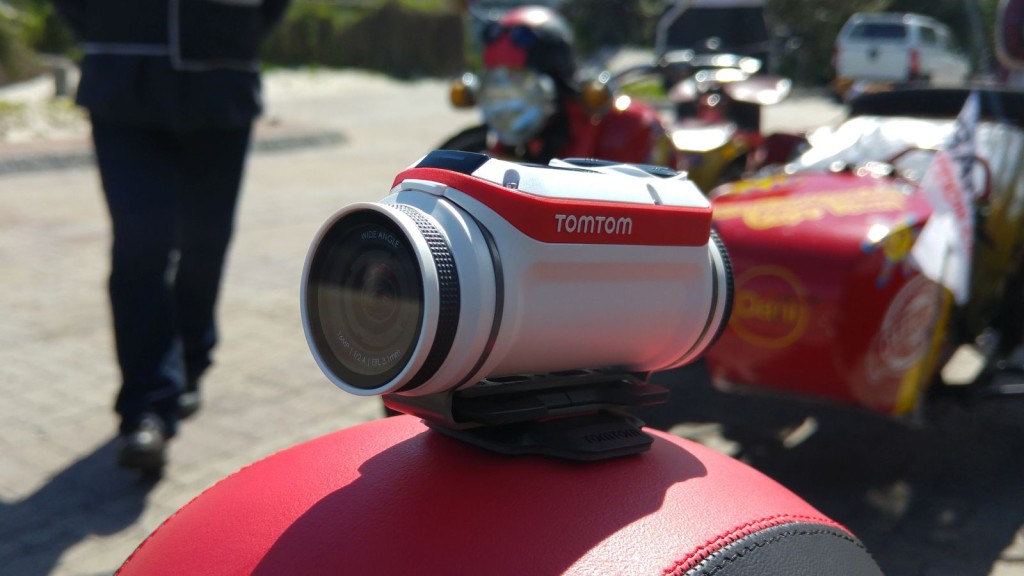 Ask a common consumer to name an action camera and they’ll almost immediately say “GoPro.” But that doesn’t have to be the case.

Although the American marque is there on merit launching some great devices at perfectly timed intervals, the world of action gadgetry is taking an interesting turn. More and more companies that haven’t trudged this space before are finding that there’s one massive market here, especially for South African weekend warriors, who enjoy getting their bikes dirty in the Cederberg.

That’s where the TomTom Bandit slots in. Although it launched the device in Amsterdam back in July, TomTom has only now brought the device to our shores, and it’s available to purchase at selected retailers. But what’s really interesting is its marketing direction — much like how Samsung takes aim at Apple during press previews, TomTom’s aiming this device squarely as a GoPro slayer.

The price would suggest that too, tipping the scales at around R5799. But arguably, TomTom has a reason for its sizable price tag, partly thanks to its solid specifications.

To quote some mundane numbers, a 16MP sensor forms the heart of the device, shielded by a f/2.4 aperture wide-angle lens. This combo allows for 4K cinematic time lapse recordings and actual video recordings of 1080p at 60fps, or the industry standard really. Beyond specs, the philosophy with this camera is “less is more”. TomTom has essentially stripped all unnecessary buttons from the Bandit to quell users “button anxiety”, leaving it with a stop/resume recording button in the top-front, a D-pad (if you will) in the top-middle and an on/off/shutter button at the rear.

The rear’s also the scene of some rather crafty engineering. TomTom has managed to cram a larger battery into the unit thanks to its unique slot system. The entire rear slides out of the camera body, and can be charged using practically any USB charger. This means that cables aren’t really an issue, nor proprietary docks or ports. It also means that TomTom could slap a waterproof rating on the Bandit without the need for a submarine housing. And that’s the first real “I’m better than GoPro” box ticked.

On the accessories side, rather cunningly, the TomTom Bandit will feature a GoPro adapter too for all your collected GoPro mounts, straps and selfie sticks over the years. Users can now just snatch the Bandit and the adapter if they fancy trying a new action camera from a different company. So, it all sounds brilliant up till now, but it’s not all sunshine and rainbows.

Although it’s loaded with neat features and designed with ease-of-use in mind, the Bandit is clunky and heavy. It’s onboard menu layout isn’t easily mastered either. The D-pad is used to enter and exit menus, while padding to the right actually accepts the previous setting, which doesn’t feel that natural. Still, it takes some learning and generally if it takes me more than 15 minutes to learn how to navigate a device, I don’t bother with it. It’s somehow oversimplified so much that its confusing.

More annoyingly, the Bandit connects to and iOS or Android device using the Bandit app and WiFi, not Bluetooth. It’s unreliable and more power-hungry than the latter but we imagine that it was the only medium available with the bandwidth to handle large video transfers in an efficient manner. The TomTom Bandit actually has a built-in media server, which allows interaction with a paired smartphone via the aforementioned app. And said app is a piece of coding genius. Not only does the Bandit feed it live video (via WiFi), it also allows the user to edit videos and upload them directly from the phone. You’ll obviously need a fierce device for this with bags of processing power, but it worked flawlessly on a Huawei P8 for instance.

Shaking the phone while in the Bandit app magically spits out an edited edition of the content you just recorded. TomTom claims that it crafted this feature to turn 2.5-hours of editing into just 150 seconds. It does what it claims, but more intense videographers would want more control. It’s a nice feature for the time-constrained.

More intelligently, the camera records sensor data such as speed obtained, and heart rate, and uses said data to highlight key points in your video journey. It’s TomTom using is wearable knowledge to full use in the action camera space, which is ultimately the direction these devices are heading. But of course, all this is only useful if it actually works and works reliably without fault. I can’t confirm that this was the case.

For one, I managed to pair the Bandit with my phone prior to recording, but it promptly dropped after the master record button was pressed on the camera itself. Thereafter, all attempts to reconnect were batted aside. This is why WiFi doesn’t make sense. Bluetooth allows devices to pair once and remain paired. WiFi requires a new connection be established at every new device boot. TomTom has made this process more difficult rather than easy, but to its defence, the likes of the Drift Stealth series also uses WiFi as a tether.

Granted, it didn’t help that the device ran out of battery around two hours into its recording day. 1080p at 60fps does demand some degree of processing power, but it shouldn’t drain a claimed full battery before the quoted three hours. We didn’t charge the cameras before use, rather using them directly from the packaging, so this may not be a true reflection. And as for recording quality? I frankly have no clue. Thanks to the WiFi issue, I had no hint of any recordings on my phone. Annoyingly, we were asked to give the cameras back shortly after our trip, so I couldn’t scrape together images afterwards either. We’ll have to see how it fares in a full review later this month.

Nevertheless, it does seem like the TomTom Bandit is a great device when it does actually work. There are kinks to iron out, especially with the pairing method and possibly the battery life, but it doesn’t embarrass itself in the shadow of the GoPro range either. In fact, it gives users another option and will likely throw a cat into the GoPro pigeon coup.

Of course, once you get to know the device well enough (we’re not sure how long that would take though), it definitely seems that practically anyone could use it. Even granny.

Disclaimer: The trip around Cape Town courtesy of Cape Sidecar Adventures was organised and paid for by TomTom South Africa. 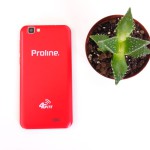