Guns, aliens, friends, and music: this is Halo‘s guts and what keeps players coming back for more. The core series has finally debuted on Microsoft’s latest console, but will it be the killer app and must-have game the platform is in so dire need of?

With many people not having a stable internet connection to tackle multiplayer, or the capacity to download said 9GB portion of the game, we decided to focus mostly on the single player aspect of Halo 5: Guardians for this review. While our embargo from Microsoft stated we aren’t allowed to talk about anything past the first three missions of the game, we did complete the game in its entirety.

Halo 5: Guardians corrects a lot of issues I had with previous games in the series. In fact, it feels as though 343 Industries took on board a lot of criticism about the Halo series overall and tweaked this latest entry as much as possible. From someone who has been a little iffy about the Halo series, Halo 5 was a pleasure to play.

This entry has a single overarching storyline, but gives you two different perspectives. The first being Spartan Jameson Locke and his Fireteam Osiris as they’re tasked with tracking down Master Chief, who has gone AWOL. The second is Master Chief and his Blue team as they follow a vision to track down MC’s fallen companion, Cortana.

It’s a refreshing change that the series has desperately needed. While long-time fans may adore mowing down hordes of enemies with that lovable green giant Master Chief, it becomes stale after four core entries. Yes, in previous titles you could play as Thel ‘Vadam, Edward Buck, or others, but Locke really lets you experience Master Chief’s universe from another perspective.

While we’re on the subject of characters, I must commend 343 Industries on the cast. Each team is a combination of two men and two women of mixed origin. It’s not all white-male-bro like a lot of other titles out there and makes the storyline more enjoyable. Each of the main characters has their own unique Spartan suit with Master Chief donning his signature threads, Locke looking like he came out of the Crysis series, and Vale’s Bubblegum Crisis-looking suit.

The game is breathtaking, gorgeous one might say, and 343 Industries has done a fantastic job bring the Halo universe to life in such detail. Halo 5: Guardians has been released before the upcoming Xbox One update, which means it’s not even taking advantage of DirectX 12.

I’ve always found Halo, for the most part, to have bland aesthetics with too many grey hallways that just seemed like constant repetition. Even with the visual makeovers and tweaks in the Xbox One Master Chief Collection it all seemed a bit dull, but not this time. Not with Halo 5.

There were a few times I’d sit and gawk over the amount of detail crammed into each suit. I supposed it looked a little creepy having Master Chief walk around you and examine your every nook and cranny, but it couldn’t be helped. Characters are beautiful. Even during cutscenes where their helmets are removed there is no uncanny valley. And of course, Nathan Fillion is looking as dapper as ever.

Taking a cue from some of Halo 4’s aesthetics, the world is shown through Master Chief and Locke’s visors. While it does slightly limit the amount of viewable space on screen, it kept me in the game for the most part. Those familiar with the Metroid Prime series will feel right at home with this look.

Each area has had an incredible amount of work put into it and each landscape looks different from the last. Like the suits, there are times when all I could do was sit and gawk at the awesomeness of the visuals that were coming out of the Xbox One. Some of the set pieces eclipse ongoing action, giving you a real sense of scale.

One of the most beautiful areas is Meridian. This icy world and surrounding areas just ooze with eye candy from snow-covered rock to all of the machinery used by the locals. I did notice minimal texture load in one particular area, but nowhere else.

Halo 5 maintains a constant 60 frames per second at a resolution of 1080p. Not once did I see any framerate dips. This may be one of the few current generation AAA titles that maintains this steady pace.

All of Halo 5’s enemies have received a makeover as well. The Covenant has never looked this good and their new features only add to the overall immersion. In particular the Uggoy, or Grunts, have some of the largest changes. Not only can you shoot their methane tanks for more damage, but having them explode is an almost instant kill for the little critters. It’s enormously satisfying.

The Prometheans – first featured in Halo 4 – and servants of the Forerunners, make a return to the series. They offer additional enemy variety and their fighting style forces you to change tactics and keeps you on your toes.

Thankfully the Covenant have a lot of new recorded dialogue and not the same recycled lines used in previous Halo entries. The conversations between enemy units are stellar in its own right and I found myself trying to hear as much as possible.

There’s great amount of human chatter overall and how can anyone not love it when Nathan Fillion speaks? Your party members will interact with each other and shout out commands and actions during battle.

And then we have the music. Oh, that glorious, glorious music. If there’s one thing the Halo series has going for it, it’s the music. The tracks instil a feeling of awesomeness and scope for the game and somehow give it a more science fiction feel.

Many cutscenes and fire fights wouldn’t have been the same without their respective music tracks.

Apart from the graphics, the gameplay has had the largest tweaks and it really shows. Right off the bat the controller scheme is different. The right trigger acts as your weapon’s trigger, but the left one enables you to use the scope or look down the barrel of the gun. Shoulder buttons are designated to reloading and throwing grenades. The crosshairs are finally dead centre of the screen, which they haven’t been in previous titles.

Everything it the Halo universe feels as though there is weight behind it, from the guns to your actions in combat. Physically hitting an enemy doesn’t feel as though you’re hitting a wall.

Another new addition is the ability to climb walls or ledges. Pressing A twice will activate this ability. These changes have helped to really speed up the gameplay and intensity of the fighting overall.

Finally included are two health bars. One is for your shield and another is actual health. This allows you to get right into the fray without having to worry about being picked off within seconds. Too many times in previous entries I had to be sneaky when hiding from enemies, even though I wanted to go in all guns blazing.

Once your health is depleted you’ll fall to the ground and sort of stagger around in one spot. You can call the AI to come and resuscitate you to put you back into the fight. The concept is similar to Gears of War, but the game actually allows the AI to save you.

Halo 5: Guardians is a fast-paced multiplayer game for the Xbox One, and it shows. The addition of three supporting characters on missions only lends to this and it feels a lot like the Left 4 Dead series in that regard. But single-player players will benefit as well. The AI team members are quite competent and actually useful in the fight and not a hindrance. They will act and play almost like normal players, though without hurling insults.

Even though your squad automatically act independently in battle, you can order them to target a specific enemy. This is very useful when taking down tougher enemies or bosses.

With that being said, 343 Industries have decided to take Halo 5 online. This means they’ve done away with local network and split-screen capabilities. I managed to get in a few multiplayer matches with a 2Mbps line running at 1.7Mbps, which consisted of a seven-person party with chat. I didn’t experience any lag.

I didn’t get a chance to play a lot of multiplayer features. As mentioned earlier, this component is an additional 9GB worth of data. The custom free-for-all matches I did get around to trying were fast-paced and exciting. From my limited playtime, I found the maps to be mostly balanced and enjoyable. It’s definitely a faster and more intense multiplayer game than other Halo titles.

Is Halo 5: Guardians worth your time? Should you pick it up if you’ve never been a Halo fan? Will it be fine for single players?

The answer to all of these is a resounding yes. The game contains a decent amount of playtime for individuals. Once you’ve conquered the game, you’ll be going back to try it on a different difficulty. There is also a range of collectables hidden in the game.

Verdict: It’s obvious that 343 Industries has put a lot into its first Halo game designed especially for the Xbox One. It’s one of, if not the most beautiful and fluid title for the system thus far. It’s incredibly hard to fault this game, and that makes Halo 5: Guardians the killer Xbox One must have going into the holiday season. 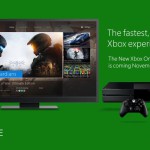