Spring is in the air and that naturally means rAge is just around the corner.

Running from 9-11 October, South Africa’s biggest electronics and gaming expo will see one of the best gaming lineups in years from the likes of Microsoft and Sony, as both companies try to outwit the other.

Last year, the Xbox booth practically encompassed the entire Dome floor, but it seems that Sony’s upping its game, bringing along some blockbuster titles of its own.

But let’s begin with the green team.

Microsoft has been enjoying a momentum shift recently, thanks to the company’s ongoing hardware and software efforts. It’s something that the Xbox One hasn’t yet enjoyed in this generation’s console war, and for once, the Xbox One definitely seems like the better buy if you’re a PC gamer looking to jump ship.

As a result, Microsoft’s also pretty smug about its upcoming lineup which it calls “the best gaming line-up in Xbox history.”

The titles include Rise of the Tomb Raider, Forza Motorsport 6, Gears of War: Ultimate, and ID@Xbox games, namely The Flame in the Flood, The Long Dark and Cuphead, a game which has been garnering some well-deserved hype. All these titles should be playable at rAge 2015. Apart from that, FIFA 16 is also mentioned, alongside NBA 2K16 (review), Transformers Devastation and the RARE Replay titles.

“Now is the best time to play on Xbox One, and we invite everyone to experience the best holiday games lineup at rAge – only on Xbox! With over 15 new titles playable before the end of 2015, combined with backward compatibility for Xbox 360 titles and support for Windows 10, we are truly defining the next-gen console experience for South African gamers,” notes Xbox category manager for South Africa, Bernard Wicomb. Unfortunately, it seems that Quantum Break, Scalebound and Crackdown, although mentioned by the company, will be missing from the boxy machines this weekend. The R2000 Xbox One Elite controller however, will be available for consumers to shake down.

While the Xbox One is enjoying a breath of revitalising air, the PlayStation 4 continues to sell like hotcakes worldwide, amassing over 23-million units. Nevertheless, Sony’s marking rAge 2015 as prime location to further push the console to local consumers.

“This year, PlayStation South Africa will be showcasing the best and biggest titles 2015 has to offer, providing an immersive gameplay experience across some of the best-selling franchises and independent publishers, including hands-on game time through the world of PlayStation 4,” notes the press release.

Sony suggests that the titles available to play at the expo will include Metal Gear Solid V: The Phantom Pain (review), Mad Max, Batman: Arkham Knight, Tearaway Unfolded and Uncharted: The Nathan Drake Collection, and exclusive horror title Until Dawn to name but a few.

PlayStation Network exclusives will include the likes of Fat Princess: Piece of Cake, Helldivers, Shadow of the Beast which will also be showcased.

As for Sony’s omissions, it seems that exclusives Street Fighter V and Uncharted 4: A Thief’s End, will both be missing from rAge 2015 as both are still under development.

We not too sure what else these rivals will have up their sleeves, but let us know what game you’re most looking forward to playing and at which booth. 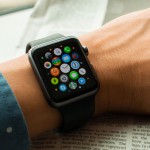