Here’s a gaggle of devices that are a little different for what we normally sample. We generally review devices that have some degree of computational intelligence, so when we get products that are innovative, have less brains than a 3310 but have more charisma than a hyena with a top hat and mustache, we giggle with glee.

Dyson, although a powerhouse beyond the Atlantic, is relatively unknown in South Africa, batting for the premium crowd with its innovating home appliance range. As luck would have it, the company has delivered a host of its new products to our office, and my, we’re fairly spoiled for choice.

Dyson’s Air Multiplier fans, namely the AM05, the AM07 and the AM08, are three devices we spend a good few of the hottest Capetonian months with and we were pretty glad to have them. With that said, there are a few pitfalls.

Dyson’s products are always ridiculously innovative. Take the Air Multiplier technology for instance. Unlike bladed fans that use a set of twirling blades to force air in the desired direction, Dyson hides these moving parts in the base of the device, forcing air upwards through the shaft and out a tiny slit that encircles the fans’ ring. That’s essentially where the blades would normally go, making the Dyson range more tarsal friendly than most fans on the market today.

Although each of these fans are shaped differently, possess a few more nifty added extras and boast a good deal of designer appeal, they are all pricey. Dyson spends a good few million each year on research and development, so one can expect big things from each launch. This does come at a price though over the more traditionally designed equipment we’re used to using.

The AM05, to begin with the lower number, is the Hot+Cool fan, able to blow both warm air in winter and cool air in summer. It isn’t an air conditioner, but rather a fan heater. The latter is particularly useful in winter, I might add, and can toast up a medium-sized room in a very short period. It also does well to spit out cold air, and juggling between hot and cold comes courtesy of a few nifty touch buttons on the AM05 itself or the handy remote control.

It’s pretty large power output of 2000w is about as gusty as fans get, and this is wonderful on fiery hot days or bitterly cold winter afternoons.

All of our Dyson fans came with these remotes, which are remarkably small and would be lost in jeans pockets, between couch pillows and in animal beds in no time. Luckily, they do seem to boast a fair degree of magnetic sway, so they should stick to the base of the fans at least.

The AM05 uses the same Air Multiplier technology, but it also possesses a heating element, which works extremely well. Although we couldn’t test it thoroughly in an office that already measures in at around 30 degrees Celsius in summer, we did switch it on for a few minutes. It works just fine.

It’s also styled in an oblong shape, which means the “blade” is longer than it is wide. It seems quite strange at first, but this was actually a more preferable design for hot days — the blasts of air felt firmer than that from the circular variants.

Speaking of which, the AM07 the bigger, but cool-only oblong bladeless fan from Dyson. It was by far my favourite, pushing a great deal of air at a rapid rate when asked. It did however, made quite a bit of noise while it was doing this.

Dyson claims that the Air Multiplier technology is supposed to suppress noise created by the fan by 60% over the older tech, but we’re not convinced. I wouldn’t say that it’s an uncomfortable racket though. If you’re into white noise, then it shouldn’t be a bother, but trying to watch a television show over the fan on its highest setting might be tricky.

As with the AM05, the AM07 also has a set of buttons for adjusting temperature, oscillation and gusto manually.

Finally, the AM08, the big daddy of the Dyson Air Multiplier range towered over much of the office heads, but it didn’t work quite as well as the oblong designed fans. We weren’t quite sure why, but I think its down to two primary issues.

Firstly, the AM08 has a much larger intended range than the AM05 and the AM07, with the latter two focusing more on nearby, smaller room cooling. The AM08, with its circular design, is tasked with cooling a much larger area, hence the wider diameter. It does a good job of wafting air around generously though, and it did have a much wider spread than the other two fans. And thanks to its tall-boy design, it could easily be at home on the floor. The other two fans work best when sitting on a desk or a stand of some description.

Secondly, the AM08 was noisier, which meant that we often ran it at half-pace in the office. It’s curious, but we couldn’t quite understand why it muttered a bit more loudly than its siblings.

Nevertheless, it’s probably the more practical fan of the three and it definitely is the classiest with its circular head.

I always thought fans were made equal, until I used the Dyson AM range. They’re extremely different and innovative to the point that they could easily double up as artwork for the home. What I can’t quite understand is why anyone would explicitly need one.

Dyson claims that its technology uses less power, is more efficient and is quieter than traditional fans, but we can’t quite agree with it on the final point. They’re definitely conversation starters though, and as fans, they’re great at what they do.

If I had to purchase one of these, I’d have the AM05 Hot+Cool. It offers more utility, it’s smaller and it’s more pragmatic in terms of all-year use. But would I purchase a R6600 fan? I don’t really need to answer that, do I?

Verdict: It’s no question that Dyson’s Air Multiplier range is brilliant at what it does, pushing the boundaries of technology in the smaller corners of the home. I can’t fault the AM05 (R6599), AM07 (R7499) and AM08 (R6599) for that, but are they really worth it? Over traditional fans and fan heaters, I can’t see an advantage. Perhaps these will pay for themselves one day, drawing less power than other fans over time, but I just can’t see any instantaneous wins by purchasing these. My nerd score for them are much higher than this, but we rate based on value around these parts and sadly these fall short for the average buyer. 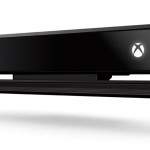