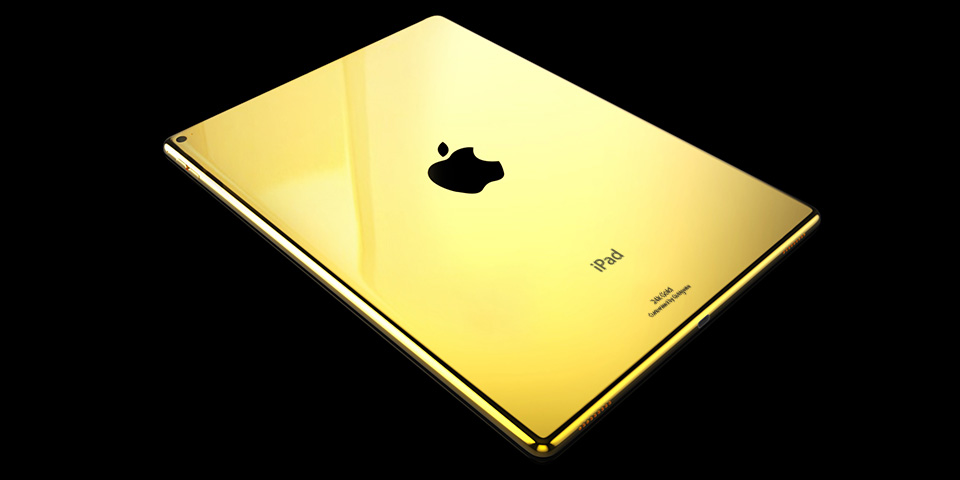 If Apple‘s larger than life tablet is not bling enough for you, chances are that you’re either a Versace-wearing magpie, or you need to chat to Goldgenie.

The company behind all things that shine has announced that it’s opening preorders for various gold-plated iPad Pro tablets, to make your daily business commute even more extravagant.

The iPad Pro, for one, is Apple’s most powerful and most desirable tablet, featuring a 12.9-inch screen, Apple A9X power and iOS 9, it was one of the star launches at Apple’s big September reveal this year. All iPad Pros going through Goldgenie are also unlocked. 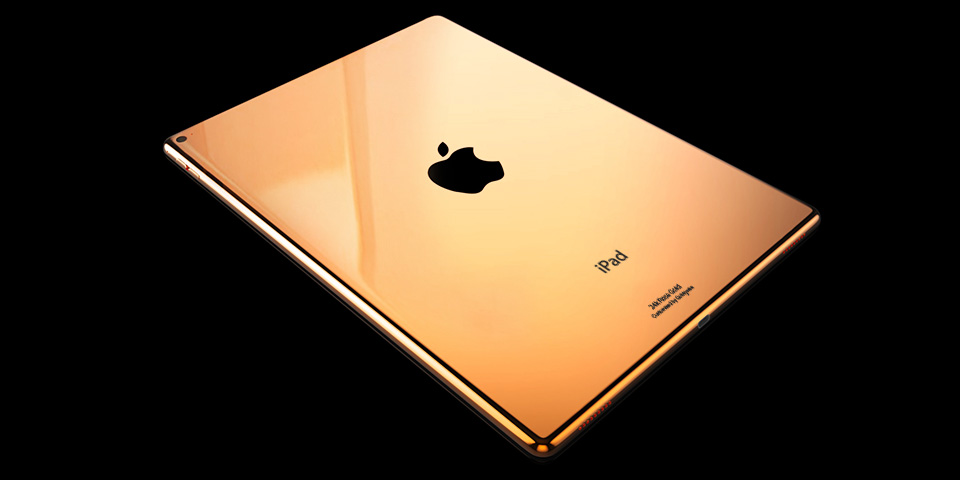 While the tablet should cost and arm and a leg without being dipped in gold, it’s still a great way to increase its desirability. Goldgenie explains:

Goldgenies luxury customised Apple iPad Pro is available in a choice of 24k Gold, Rose Gold or Platinum lustrous finishes and may be laser engraved with a name, symbol or motto of your choice.

Alongside this, the company notes that all devices come with Total Armour Protection, which should guard against any tiny mishaps you might have with the device.

But you want the price, don’t you? At £1855 for the Gold variety, and £1913 for the Rose Gold example, it’s not exactly for the thrifty. But aren’t they beautiful?

Goldgenie suggests that the iPad Pro should be available from 11 November.