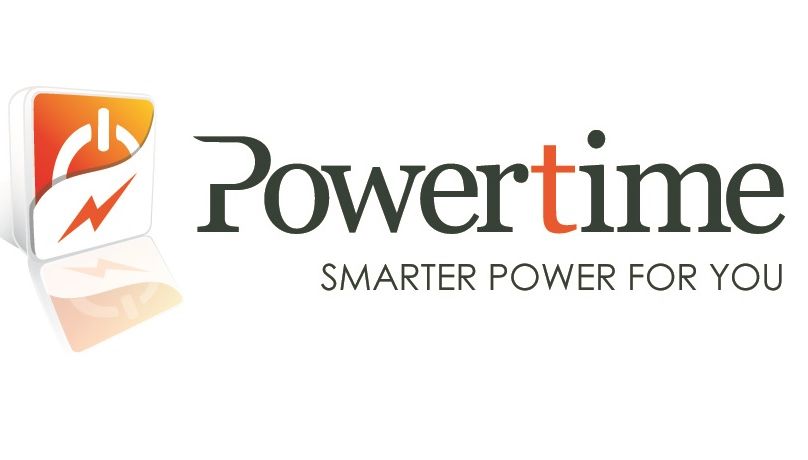 In our weekly series, Ware of the Week, we showcase our favourite organised lines of code from the world of mobile and desktop computing. In today’s edition, we look at an app that aims to make paying for electricity in South Africa a little easier — Powertime. If you missed our previous Ware of the Week, catch it below.

Last time out, we took a little detour through the realms of a pseudo-game Colorfy, which we hailed as the perfect time wasting app for those lazy work days, but this week’s ware is largely tasked with saving time.

You might’ve heard of Powertime. It’s a start up founded in 2009 in Cape Town, and covered by our sister site Ventureburn as well. While it went through a rocky transition in 2011, the company has since recovered and reinvented itself. It now aims to revolutionise how South Africans purchase some of the menial necessities of life, including airtime, settling those rates and more importantly for the purpose of this piece, buying electricity. The online service really is the apps’ backbone. And spinal column.

The Powertime app is available on almost ever OS you can think of. Yes, even BlackBerry. The founders pride themselves on this diversity, and it’s really where the app itself takes a swipe at others in the field.

Within in the app, signing up for the service of course, users can purchase electricity for various meters and municipalities in South Africa, purchase airtime and even transfer cash to other via the PayGenius Smart Payments wallet (another Powertime mobile payments tie-in).

Like ShowMax, it’s very difficult to talk about Powertime’s app without mentioning the service behind it. The Android app isn’t the prettiest thing we’ve seen on a mobile screen, but it works.

For one, the Powertime service is easy to negotiate. Signing up is about a three minute process, and the only real thought that goes into it is adding EFT details to the PayGenius account. I wasn’t completely sure how to do this from the app itself, but logging onto the web portal solved my issue.

If you have a credit card, it’ll be your best friend in this regard, but I’m generally suspect of the internet, so I resorted to transferring money into the service instead on my own accord and at my own pace.

Once the PayGenius service recognises that you’ve loaded money into the account, you can then purchase whatever’s available: be it power or airtime. Purchasing said essentials for multiple meters and phone numbers is also possible and easily done. Purchasing power for granny and Timmy then within two minutes is simple as pie. And getting the code to them is easy too: an email or SMS option is available to quickly pass it on. The app also lets you copy the code to the clipboard on Android, something that I do extremely often.

You can also pay Timmy’s bills from the app too, but I didn’t have any overdue bills at the time (score!).

The web service also doubles as a stable framework for all your past transactions, and should you ever forget your login details, it’s relatively simple to revert to another. The iOS app is a much easier prospect on the eye.

Ultimately, the app isn’t the most attractive we’ve ever seen, but it’s utilitarian, hardy and rarely hiccups. This generally means that practically any phone up and down the price spectrum can use it. I can’t comment on the iOS app or any of the others for that matter, but for the most part, it’s solid on Android

Where it could improve

Sounds like kittens made of cotton candy so far? Everything has its flaws in the tech world, and that’s the case with Powertime.

Apps that force you to login each and every time is annoying and that’s exactly what Powertime requires. Yes, I understand that it’s more secure, but give me the option. Especially if I do actually lock down my phone with a complex outer passkey.

If heavens help and you do manage to remember your password, forgetting to transfer funds into PayGenius is another matter. You can do this via an EFT from your mobile banking app, but PayGenius requires a proof of payment to be submitted on the web portal itself. And this pretty much negates the point of the mobile friendly approach the company adopts.

Overall, these points really are nitpicking. The service supports over 50 municipalities in South Africa, a number that hopefully will grow too. But unlike other services, I’ve had next to no issues with Powertime so far.

Powertime currently services a wide range of municipalities and services.

If you happen to live in South Africa and making your life easier is a top priority, Powertime is a great app to do just that. Instead of running to the shop when you need power or purchasing it on a banking portal that demands additional behind the scenes charges, Powertime gives users an efficient, quick and convenient online alternative available for a diverse range of OSes.

Disclaimer: Powertime credited my PayGenius wallet with R100 to try the service, but additional transactions have been made on my accord.