If you hate the privilege of choice, it’s a horrible time to be a smartphone shopper. Hell, below R2000 there must be over 20 manufacturers in South Africa all sporting phones with extremely similar specs. So like it or not, it’s often the brave that differentiate their devices in the tiniest of ways that get noticed.

It’s an attractive proposition for anyone looking for a new smartphone but isn’t interested in breaking the bank. And more importantly, it’s courtesy of a local brand. Huzzah!

But the real question is: is it any good?

It’s another case of “screw the box, let’s focus on the phone” and I love Proline for that. There’s no hint of faux leather anywhere here. Just good, solid construction and just enough that’ll stop the phone from shattering during delivery.

In the box, we’ll find the Proline XM-502 wrapped up in a protective plastic sheath, with a two-pronged charger, USB cable and a black silicone phone protector, which doesn’t quite make sense. Why buy the bright red version of this device if you’re going to shroud it in garish silicone?

Regardless, it’s the thought that counts.

Speaking of the bright red version, this phone really is a little joy on the eye. Available in our test unit’s candy red backplate, it’s bright and bold and unassuming. I love it. Other than that, it’s fairly standard fare for a lower mid-range device.

The corners of the phone are rounded slightly, which makes it easy to grasp, while the usual set of buttons (volume, power) line up along the right of the device. Up top, the microUSB port gives users charging and data transfer options, and alongside that there’s the 3.5mm audio out jack.

While I don’t want to focus on one particular thing, the red backplate really has me smitten. It has a waxy finish as well, so fingerprints will never be found nor will unsassuming scratches. A large Proline insignia dominates the middle of it, while “4G LTE” is emblazoned below that, letting everyone know what the real selling point of this thing is.

In the top left hand side, rather close to the corner actually, is the rear camera with an LED flash.

Overall, it’s one of the more attractive handsets to come from a South African company this year.

For R1699, the Proline XM-502 isn’t going to rewrite the specs sheets in massive numbers, but we didn’t expect it to. For the most part, there’s everything the average smartphone user should want. The star of the show is the MediaTek MT6735M which gives the device its dual SIM and LTE capabilities. With it comes 1GB of RAM and 8GB of internal storage. There’s also a microSD card slot in case you fancy some more leg room. And speaking of which, the 5.0-inch screen features a rather disappointing array of 960×540 pixels. Still, you’d never say, because the screen is bright and vibrant even in sunlight.

Overall, it’s one of the more attractive handsets to come from a South African company this year

At the rear, Proline’s fitted a 5MP snapper, while a 2MP pulls selfie duty up front. And keeping all the lights on is a 2000mAh battery.

Overall, there are some solid specs here. We should also note that the MediaTek MT6735M is definitely one of the company’s best chipsets available at the price point. Why?

The Proline XM-502 is about as frugal as phones this size get. In Geekbench’s battery longevity test, (with the phone in airplane mode and screen on its dimmest setting) the XM-502 lasted just under nine hours. That blows the likes of the Sony Xperia M4 Aqua clean out of the water.

Although benchmark results are one thing — especially considering that this phone does have two SIM slots — it’s definitely admirable. It seems that the Proline has a habit of shutting down cores more effectively when not in use than other phones, making it more frugal. Considering that it has less pixels to worry about also helps. As far as straight line speed goes, it’s not the fastest thing on earth, but that doesn’t really matter. For its price, it’ll serve its users just fine. Multitasking isn’t difficult either, with the Proline buzzing through various mundane tasks with ease. It’s when you really demand a lot from the phone when things begin to fall apart.

It’s not a gaming machine, so don’t even bother in that regard. Sure, I imagine Angry Birds will run just fine, but more demanding titles will struggle. It struggled in the GFXBench Manhattan benchmark, which really pushes modern smartphone tech to the limit, but the T-Rex bench ran much better, thanks to its lack of heavy textures.

As a city runabout, the Proline XM-502 ticks all the boxes

Overall, it’s hard to knock the device especially considering that the LTE is its best asset, and performs just as it says on the tin. 150Mbps is your top speed, and will feel a hell of a lot faster than any 3G connection.

Indoors at close range, the camera does well to balance contrast.

Outside, snapping pictures directly into the sun, the camera's just fine.

Fancy some tea? Snapped in natural light outside..

Possibly the most detailed image taken with the Proline XM-502. Here those spare megapixels really come through.

Moving objects aren't really treated with respect, thanks to the slow shutter speed. 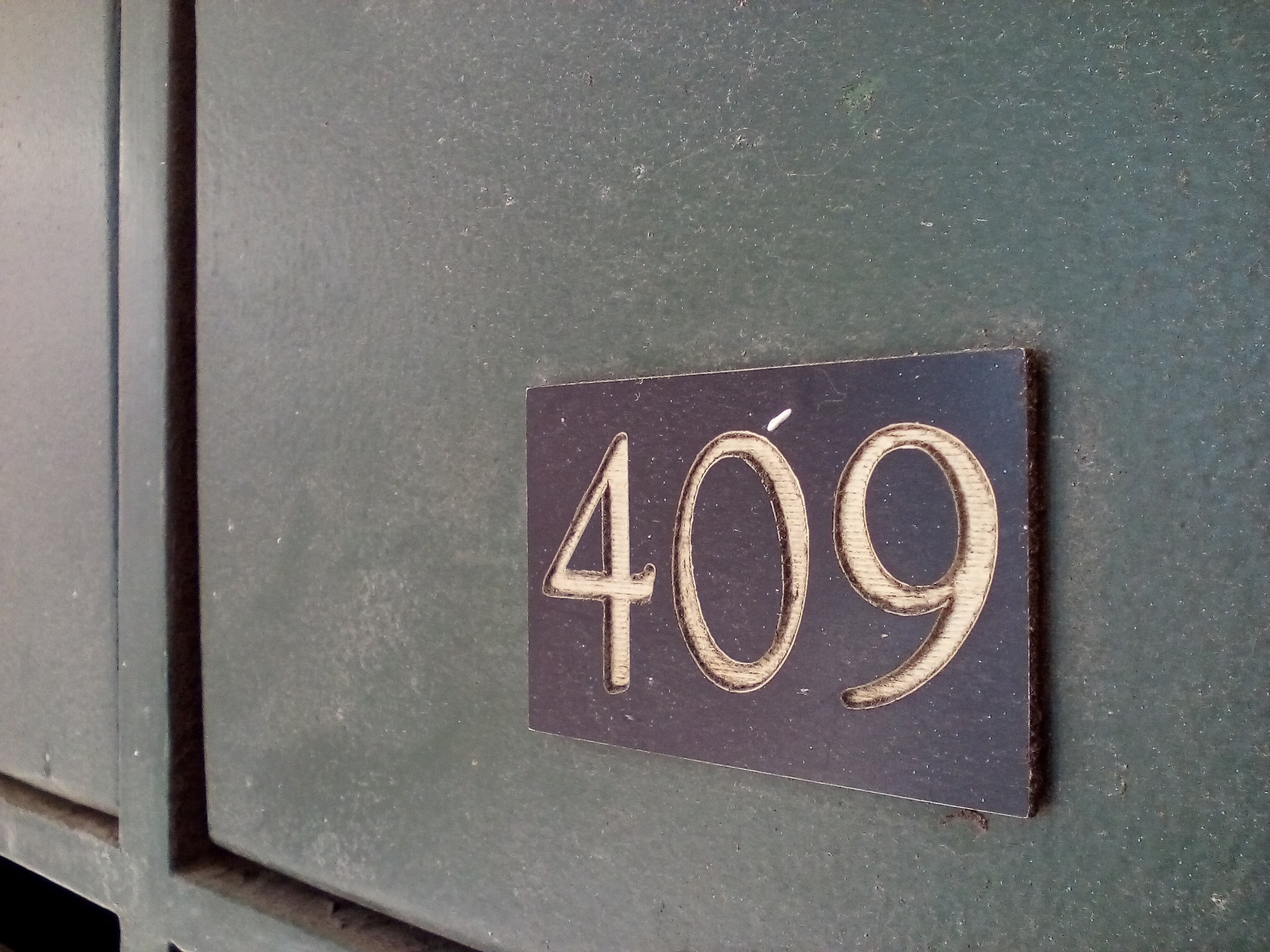 Close ups (of stationery objects) are easy to snap.

Here's what the camera can do, but it's not always easy persuading it to.

A fairly close snap of a tomato that the camera just couldn't focus on. 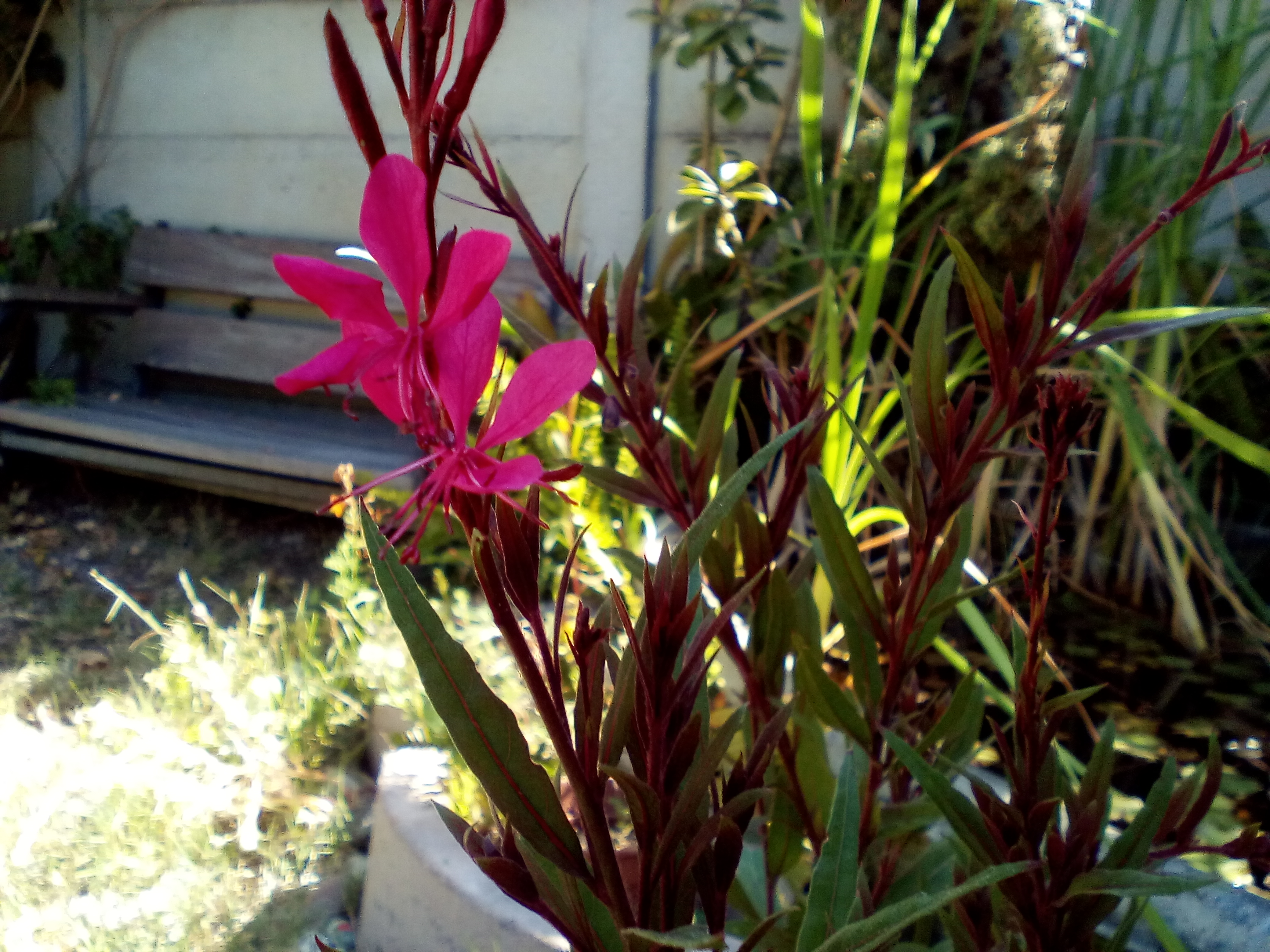 Colours in shade are a bit oversaturated, with the background blown out.

Colours in sunshine though is are vivid and glossy.

Another example of the colour balance.

The flash is really for dark interior scenes but I couldn't help testing it on something close.

This is the same snap but sans flash. 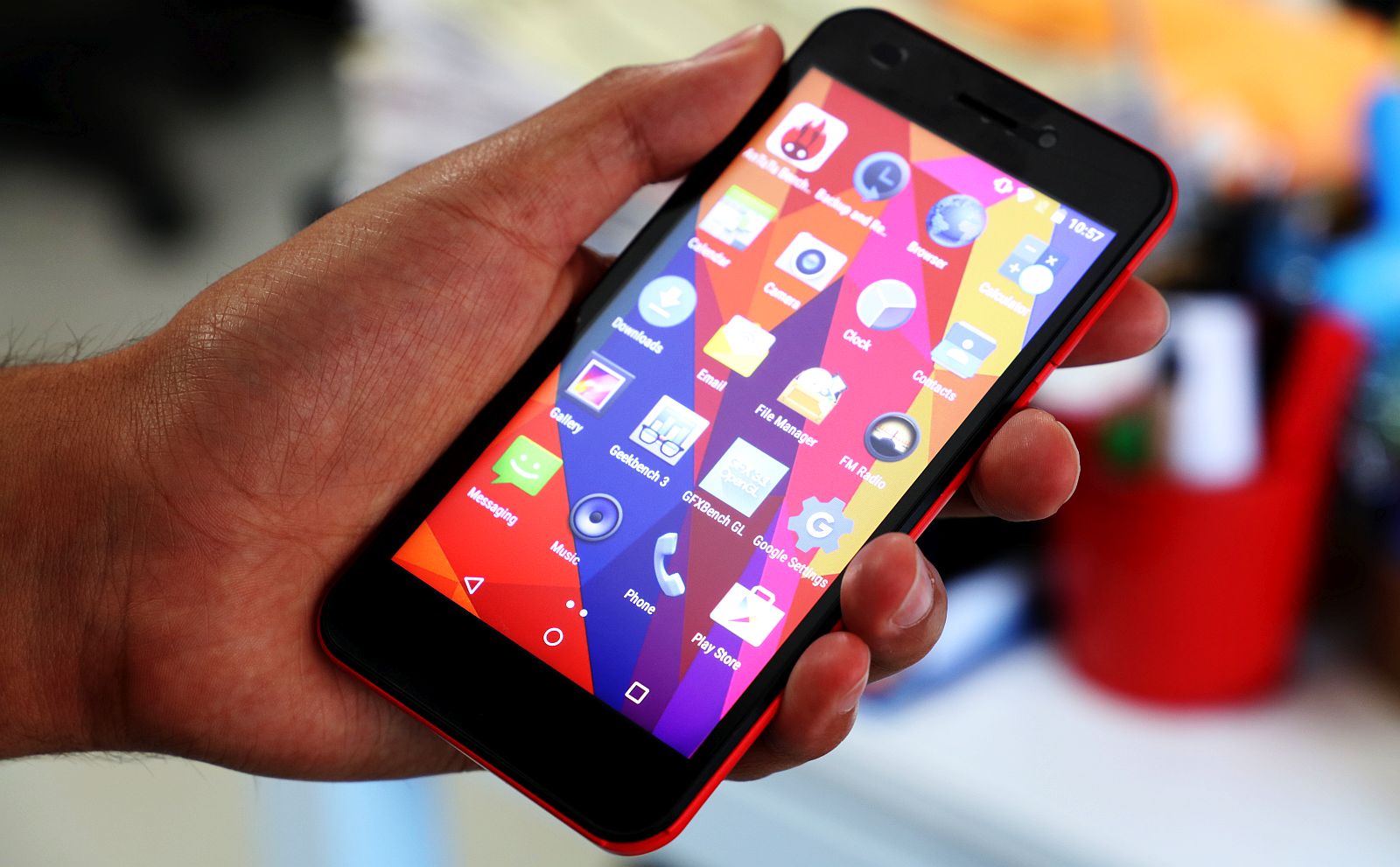 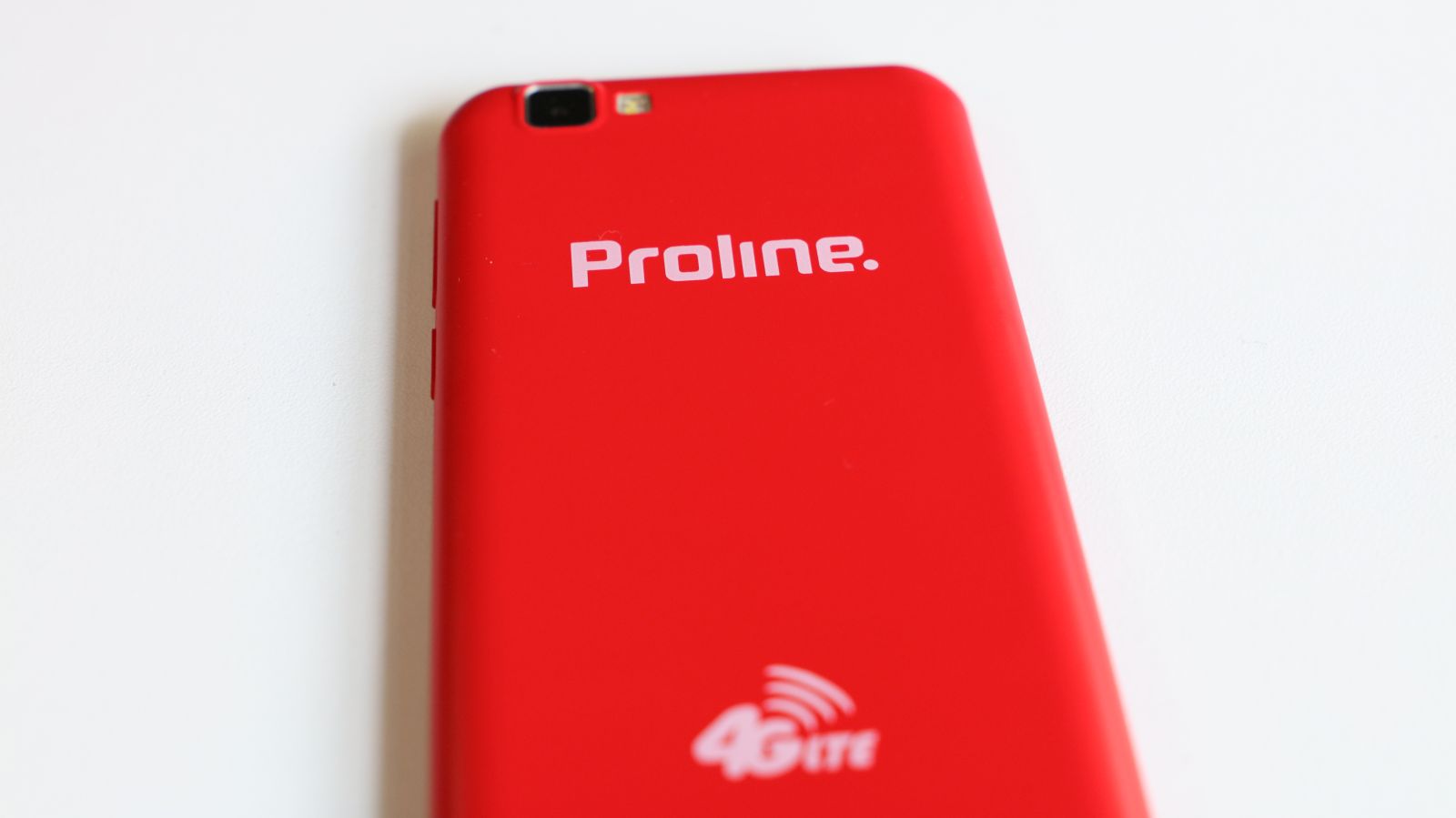 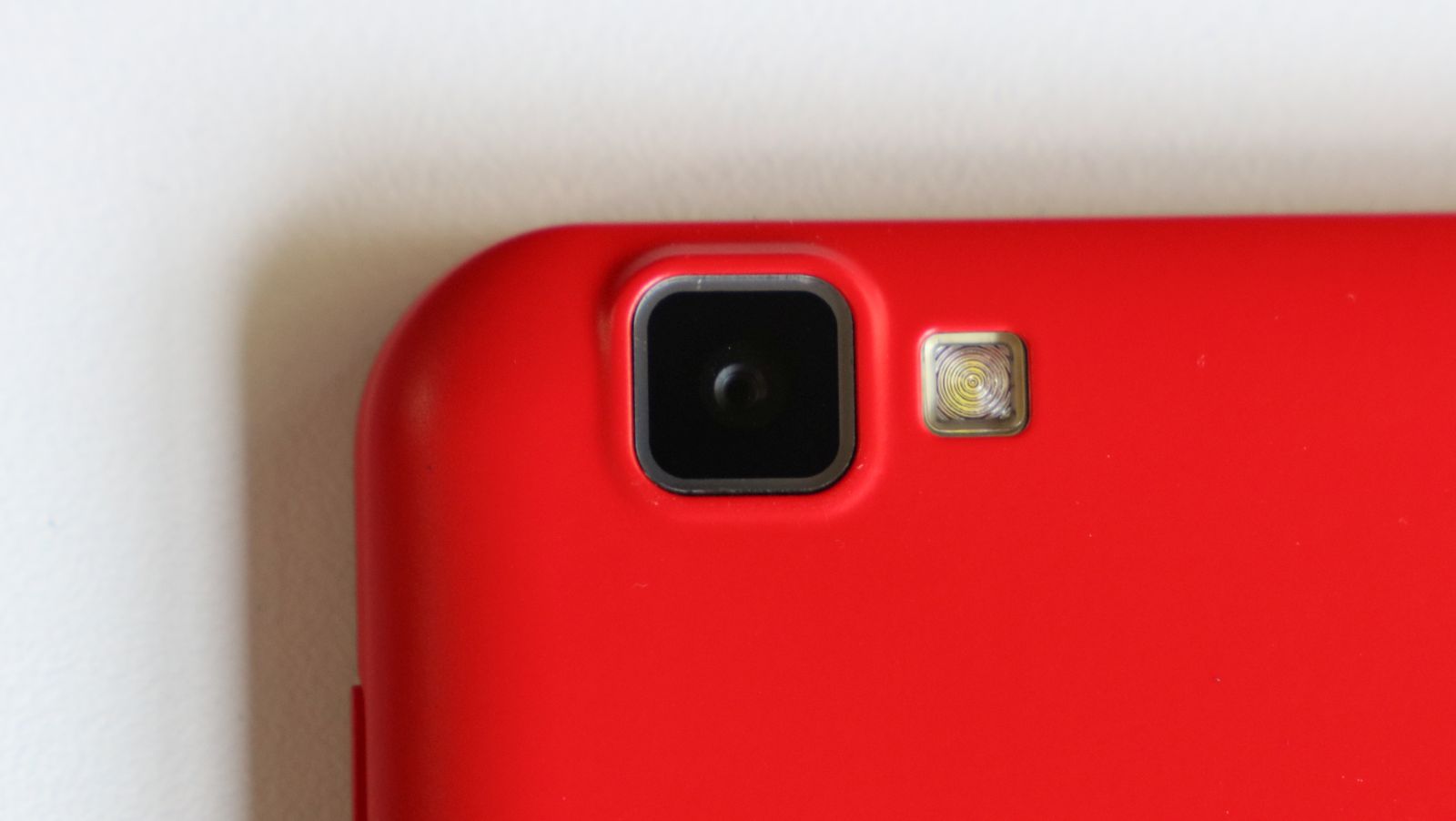 And as for that camera? Well, it’s rather disappointing. I do wish manufacturers would develop their own native camera software instead of relying on Android’s crappy implementation, but of course, this should just keep the average end user happy. It also seems that the cameras oversample, with the 5MP rear camera snapping 13MP images, and the front 5MP. This works well for selfies.

As a city runabout, the Proline XM-502 ticks all the boxes. It’s attractive, it’s frugal, it’s cheap and it’ll do pretty much most of the tasks you throw at it well.

It isn’t a burden to the pocket either, and the 5.0-inch screen is the Goldilocks zone for anyone with human-sized hands. Of course, while you might appreciate a few more pixels, there’s nothing that’ll make you hate the screen. Colours are vivid and not oversaturated but we do wish that there was an ambient light sensor included.

And this is the real annoyance of the device: the OS

And this is the real annoyance of the device: the OS.

I hate Android Lollipop, especially version 5.1, because it’s clunky, overcomplicated and buggy. Getting to the Proline XM-502’s settings pane requires two swipes down, similar to the Sony Xperia M4 Aqua. It’s something that Proline (or Google rather) will iron out when the phone gets its Marshmallow update, but for now, it’s an annoying pain.

Other than that, I can’t find too many other faults with the Proline. And the real kicker? It’s probably the best buy on the market right now, especially in its category.

Sure, spend a few more bucks and you could have the InnJoo One HD which is arguably the best phone of the year so far, but if you’re looking for a cheap dual SIM LTE smartphone for travel, business or leisure, the XM-502 won’t break the bank.

Hell, half of its rivals doesn’t even have LTE connectivity, which is a major positive for the Proline.

Verdict: With a slight deviation from the cookie-cutter budget phones of late, the Proline XM-502 really put a smile on my face. It did everything I asked of it extremely well (expect perhaps the camera) and the LTE is definitely an added bonus at this price. But ultimately, it’s well put together and great bang for the buck especially for those looking at a dual SIM device, or a hard working backup pony. 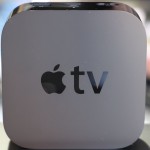