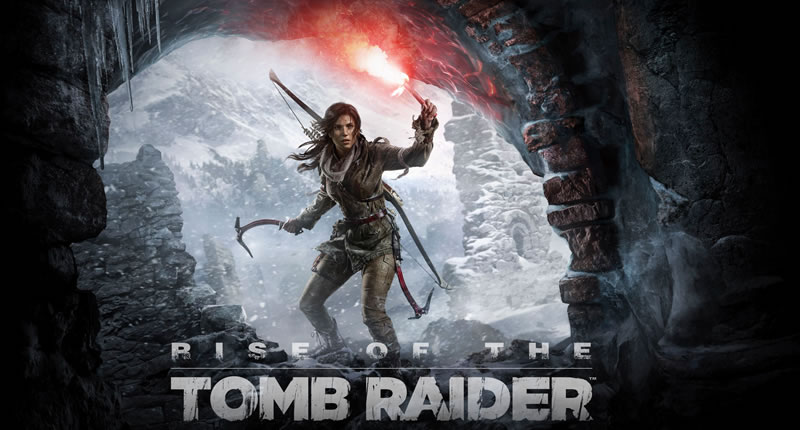 Rise of the Tomb Raider (ROTTR) is the follow-up to 2013’s reboot of the popular franchise. This time around Lara is in search of divine myths as she journeys through the frozen wastelands of Siberia while being pursued by the Trinity organisation. With ROTTR having a year-long exclusivity on Microsoft’s consoles, will PlayStation fans be green with envy?

ROTTR takes place one year after the events of Tomb Raider. After her own supernatural experiences on the island of Yamatai, Lara goes in search of something her father died for, the Divine Source, an object supposedly able to grant immortality. She not only wants to prove this fabled item is real, but also that her father wasn’t crazy in searching for it.

The Divine Source is also linked to a messiah-like figure, The Prophet, and his followers. Her journey takes her through numerous tombs, caves, and Soviet-era structures. Lara isn’t the only one looking for the Divine Source as a supposedly holy sect, Trinity, try and stop her at every turn. The organisation wishes to use it for their own version of world peace and, of course, dominance.

The first Tomb Raider game saw Lara making some incredibly tough decisions, such as taking a human life for the first time or killing an animal. It was also a flawed story that had her mowing down enemies with a machine gun several hours later. Rise of the Tomb Raider continues Lara’s journey as she mows down enemies with a machine gun, or a shotgun, or a bow, or anything else really. She’s a character that jumps in the fray without any real regard for her own safety. It portrays not only shows her selflessness, but also her naivety. These character aspects come out numerous times during the story and at least shows there’s room for character development in later franchise entries.

My biggest gripe with ROTTR is the first half or so of the game. The storyline, pacing, and locations all feel like rehashes of the previous title with some modifications. Not only does everything have a familiar feel to it, but it’s an almost lazy attempt at capitalising on the previous title. An example of this repetition are the events surrounding the first camp sites in ROTTR and Tomb Raider. It’s an interesting tale, even if you can guess some of the plot points hours before they happen, but it’s a pity it really comes into its own almost half-way through the game.

As with Metal Gear Solid V: The Phantom Pain, a large chunk of the story is given through exposition in the form of scrolls, tapes, and notebooks. These give some backstory to the locations, The Prophet, and Trinity. It’s a little strange that your enemies leave random thoughts and musings lying around waiting for anyone to pick them up. Do they think this is Facebook?

An incredible amount of detail has been put into Lara and it reflects in her actions, such as rubbing her arms when she’s cold. Lara is often covered in blood, dirt, and grime, but water sections will wash everything away and give her a cleaner look. Her general expression is one of bewilderment even in the heat of battle, and with her mouth always slightly open you’d think she was trying to catch flies.

It’s the small touches that bring the character to life. Enemies have their own unique looks and style, though it’s not easy to appreciate the finer details while mowing them down with machine guns, shotguns, bows, or anything else.

It’s the small touches that bring the character to life.

The environments are by far the best graphical parts of Rise of the Tomb Raider. Apart from a lot of the indoor areas, caves, ruins, and tombs have their own feel and design, and I often found myself staring at every corner and wall just marvelling at the details. The game is gorgeous, but as with most multi-generation titles it suffers from upscaled graphics and textures. By having the game engine cater for the Xbox 360 as well, ROTTR graphics on Xbox One could have been crisper and clearer. The core gameplay in Rise of the Tomb Raider has remain largely unchanged with enemies dodging attacks, hiding behind objects, and you having to figure out how to kill them. The gameplay can turn firefights into chaos if you lose the upper hand, which happens a lot. Combat can become frustrating at times as enemies sneak surround you or empty all of their clips into you; a few more combat elements would have gone a long way in keeping the fighting sections fresh.

The game includes a large amount of crazy run-or-you-will-be-killed-by-everything moments, which serve as refreshing breaks between mowing down enemies.

Sneaking is back, but it still feels clumsy in any part of the game that isn’t scripted. There are sections where you can creep through foliage to assassinate enemies without being detected, but the moment you’re spotted that mechanic stops. Once spotted, Lara will stand up where she is as if saying, “Hi guys! Yep, you got me. It was me killing everyone. You can just shoot me in plain sight now.” In many circumstances it would have been possible to continue a stealthy approach while the enemies rushed your last location. In Rise of the Tomb Raider I noticed very few glitches at all and it’s apparently Crystal Dynamics has been refining the gameplay engine. There were a few times when Lara would get stuck on a wall, or miss a ledge, but those were minimal issues at best.

As with the first game, there are an incredible amount of collectibles and several side missions as well. Taking the time out to find secrets or complete these missions will net you with rare items, experience points, or currency. All of which you’ll want in order to survive the almost endless supply of Trinity men just waiting to be mowed down. This time around it’s harder to fully upgrade all of your weapons and skills so players will need to manage how points are allocated. You’ll still need to hunt animals, strip trees, loot corpses, and a variety of other tasks in order to gather supplies for your upgrades and journey.

The game is over 20 hours in length or so, which includes exploring and trying to maximise all of your stats. I managed to finish it with a 94% completion rate. Apart from the main storyline, Rise of the Tomb Raider has an extra mode called Expeditions, which primarily consists of challenges. In Expeditions, players will replay areas or create new missions while giving themselves boosts or making gameplay more challenging. The point this is to complete speed runs of different levels or compete for points and rank on leaderboards. Players can purchase up and downgrades from the Marketplace, which come in the form of randomised card packs. It’s a fun add-on, but doesn’t feel as polished as it should and many gamers might not ever look at this section of the game.

Verdict: Even with all of the niggles I’ve listed, Rise of the Tomb Raider is a very fun, enjoyable game and a worthy successor to its predecessor. It’s easily a title audiences should be picking up this holiday season and another killer app for the Xbox One. What’s the biggest mistake Microsoft made with ROTTR? Not purchasing the studio. 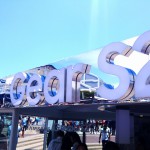