News recently hit about Square Enix’s plans to make Final Fantasy VII Remake an episodic adventure, instead of traditional all-in-one titles we’ve come to know. Of course, social media has blown up with fans angrily raging over this. The reality is that no matter what Square Enix does, they won’t be pleasing everyone with how the Remake is handled.

Square Enix’s (and Square Softs’) series of Final Fantasy titles has contained a range of interesting and fantastic titles, but with any large franchise there have been quite a few bumps along the way. Even though fans are upset about a title that’s still in production and far off from its release, let’s take a look at some Final Fantasy games that didn’t quite make the cut.

A spin-off to the core franchise, Mystic Quest was created for Western audiences as an easy and simplified title. The battle system contains similar trails to its bigger brothers, and the game overall had some action-adventure elements to it as well.

The game has been panned due to its lack of difficulty, repetitiveness, and simplified RPG mechanics. It’s possible to constantly hit a single button through battle while your characters take down does without any strategy in a lacklustre story.

This one is a little more controversial and has gained some popularity over the years. The first core title released during the PlayStation 3 and Xbox 360 years, Final Fantasy XIII’s trailers promised the game would be an action extravaganza like nothing we’d seen before. Unfortunately, that wasn’t the case.

What players received was a title more linear than a steel pile. Players would traverse almost straight corridors while battling foes with hardly any thought to tactics. The voice acting was terrible while the story was difficult to grasp. The game eventually opened up into larger areas, but players would have to grind considerably to take on new foes.

This was Square’s first Final Fantasy title for Nintendo’s GameCube console. Another departure from the core series, Crystal Chronicles incorporated real-time battles and exploration into its gameplay. Players were tasked with choosing one of four races and then traversing the world collecting “myrrh” to protect your town from poisonous mist.

The game’s single-player fell flat and became a chore very quickly. Crystal Chronicles was created for the multiplayer market, but that still required a lot of money to invest. Each player would need to have his or her own GameBoy Advance and a link cable, which was used as their controller and inventory management. This added up to a lot of money, and one many couldn’t afford.

Final Fantasy All the Bravest

Released on iOS and Android, All the Bravest was pretty much a cheap cash-in and freemium cash-grab title. Unlike the other titles in this list, it garnered universally negative reviews. All the Bravest was barely a game to begin with and had players as battles had no strategy, no story, and required more money had to be thrown at it than a fire pool.

Agree or disagree? Drop your thoughts in the comments below. 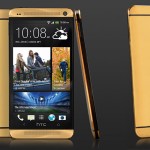