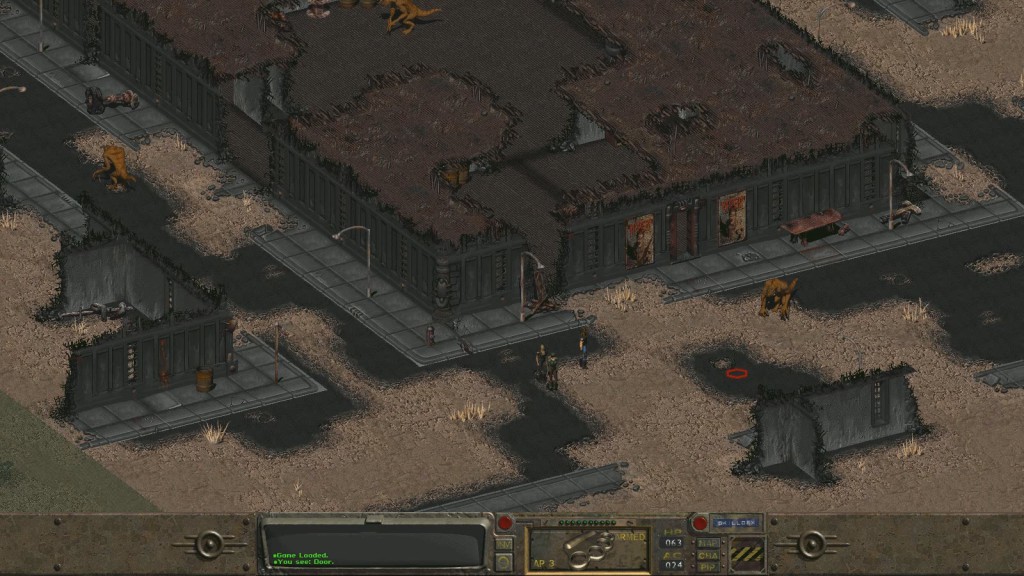 Stand by for retro reviews done right, folks. Reviewing The Classics is a series where Gearburn staff play some of their most loved retro games from bygone consoles and PCs with floppy drives. This week, L.C. has a look at the debut Fallout game, the isometric post-apocalyptic thriller that started all your bottle cap and coffee mug collecting obsessions.

The Fallout franchise, under Bethesda, has become a bestselling and critically acclaimed series, but before it was bought by Bethesda and became the 3D open world action RPGs that they are now, they were isometric traditional-style RPGs published by Interplay Entertainment. These games attained a cult following but never achieved mainstream success.

In this review, the original Fallout will be viewed through a retrospective lens by someone that has never played the originals before. Nostalgia does not play a factor, and that may explain why every word doesn’t glow with praise and worship for this old-school gem. 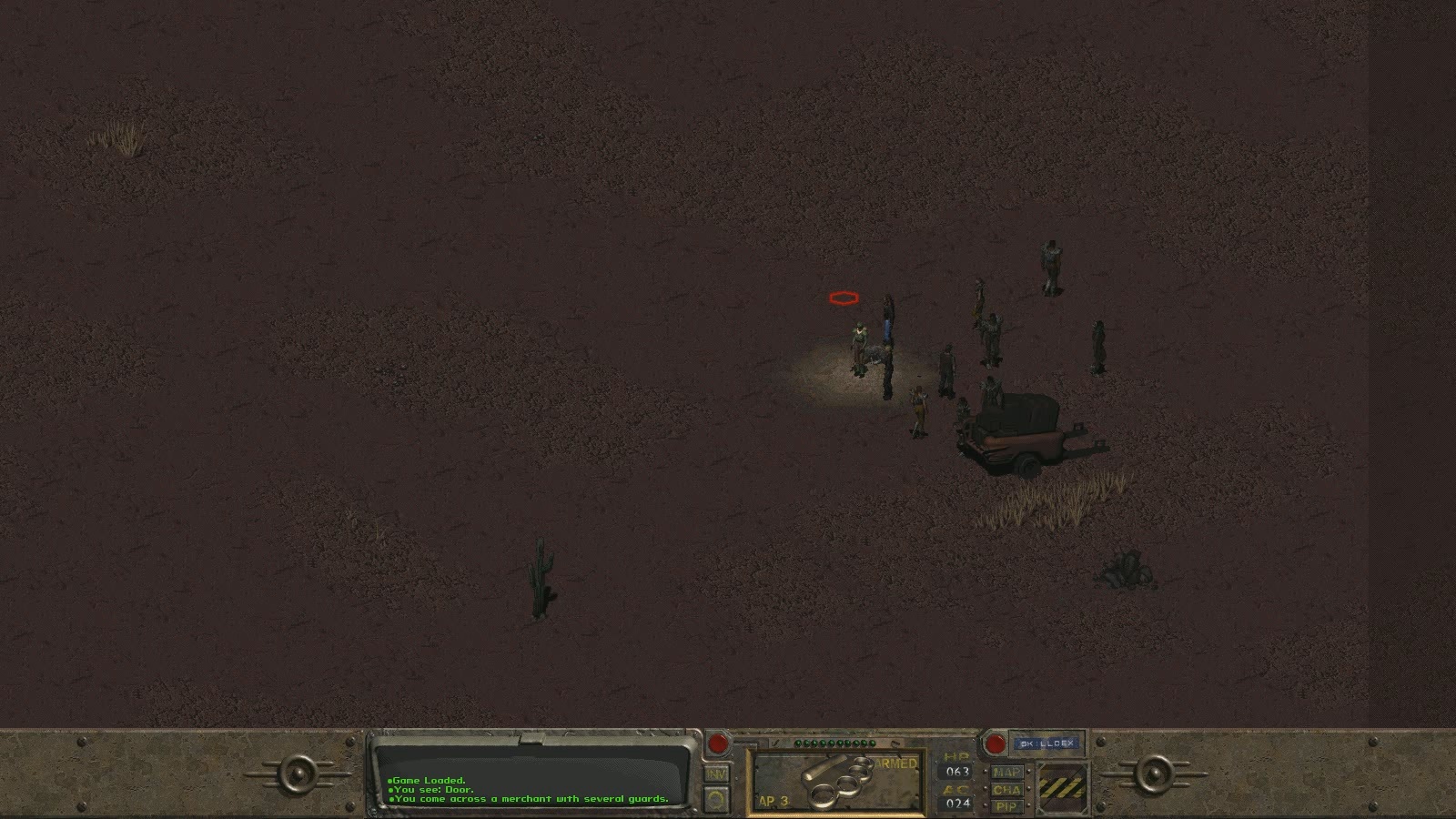 Jumping straight into it, the game throws you at a character creation screen and uses the innovative S.P.E.C.I.A.L. stat system to allow players to determine what kind of a character they wish to play as. S.P.E.C.I.A.L, for those that don’t know, stands for Strength, Perception, Endurance, Charisma, Intelligence, Agility and Luck. Their functions are self-explanatory for the most part.

As soon as your character’s set of skills is determined you are thrown, without explanation, into the post-apocalyptic world. The combat is stat heavy and essentially attempts to emulate tabletop RPGs, such as Dungeons and Dragons, by having practically everything determined by digital dice rolls. The issue with a system based entirely on stats rather than on skill is that Fallout is a video game, not a board game. To play something like Dungeons and Dragons, a player is required to read a thick manual beforehand. If Fallout has a manual that thick it certainly wasn’t included in the digital release, and so absolutely none of this is explained to the player in-game.

This archaic interface also lacks proper quest and information management. Gamers have become accustomed to having all the necessary information pertaining to a quest to be stored on an easily accessible page, but in the old days people had to write things down on real paper. There is nothing wrong with this, but going in to a game like this, without already knowing this, can lead to some very frustrating experiences with not knowing where to go, what to do, how to do anything and no clue as to how to find out without consulting the internet. 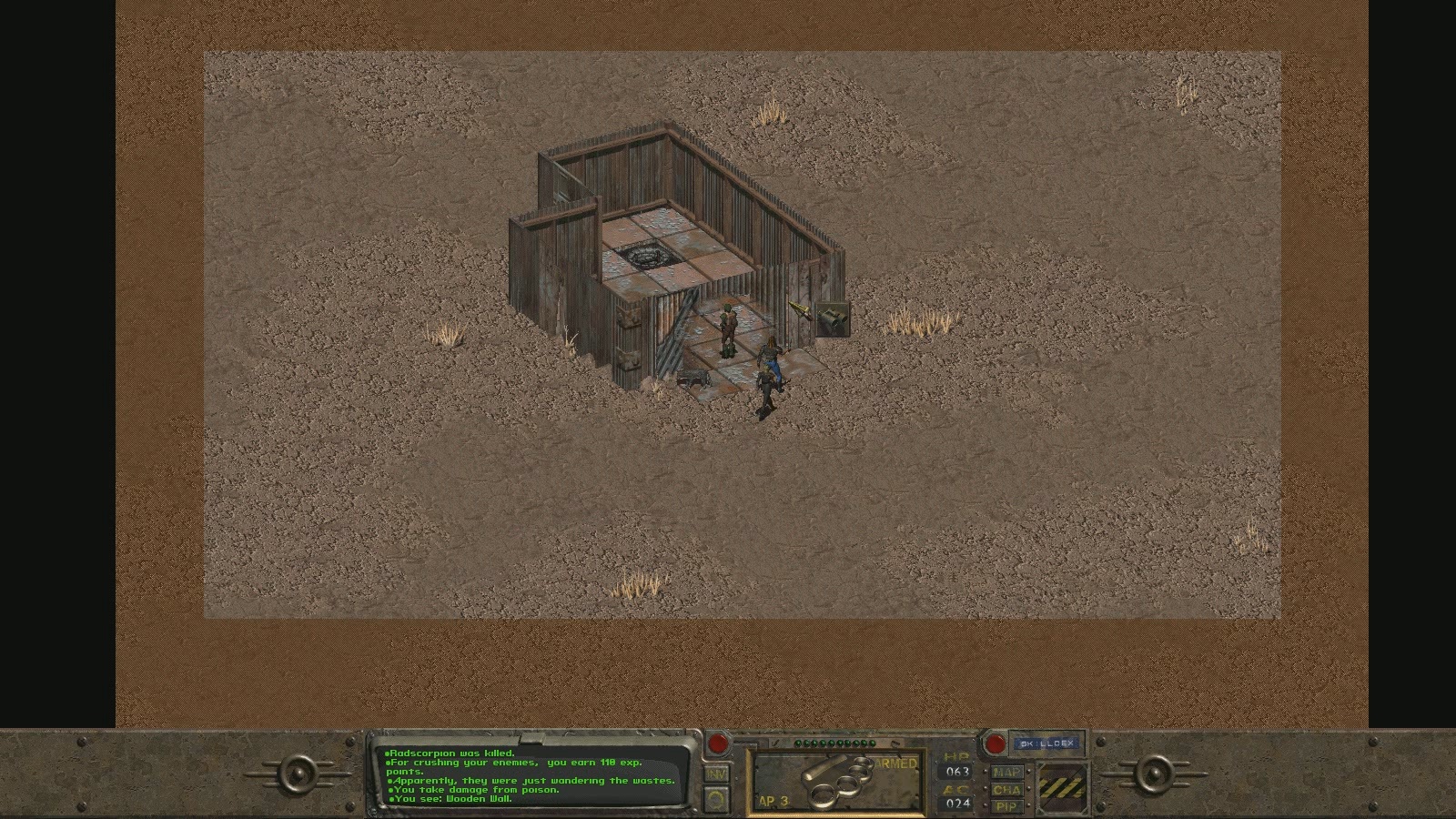 Back when games were a lot more sparse than they are now, a game could easily get away with telling you nothing and just expecting you to power through it because you have nothing better to do. But now? Games are more accessible than ever before and so something like this is less acceptable.

This terrible interface carries over to the combat, which is turn-based and badly managed. Seeing as my character was a high intelligence, high charisma character, I was not exactly a master class in the ways of fighting, and so I recruited companions to aid me in battle. My charismatic ways meant I could convince someone within the first twenty minutes of gameplay, but seeing as you can’t control your companions, which is understandable in the real-time fights that are found in Fallout 3 and beyond, but makes no sense in a turn-based system. My companions made inefficient combat manoeuvres and there was absolutely nothing I could do about it. This resulted in more than a few unnecessary, and otherwise easily avoidable, deaths. 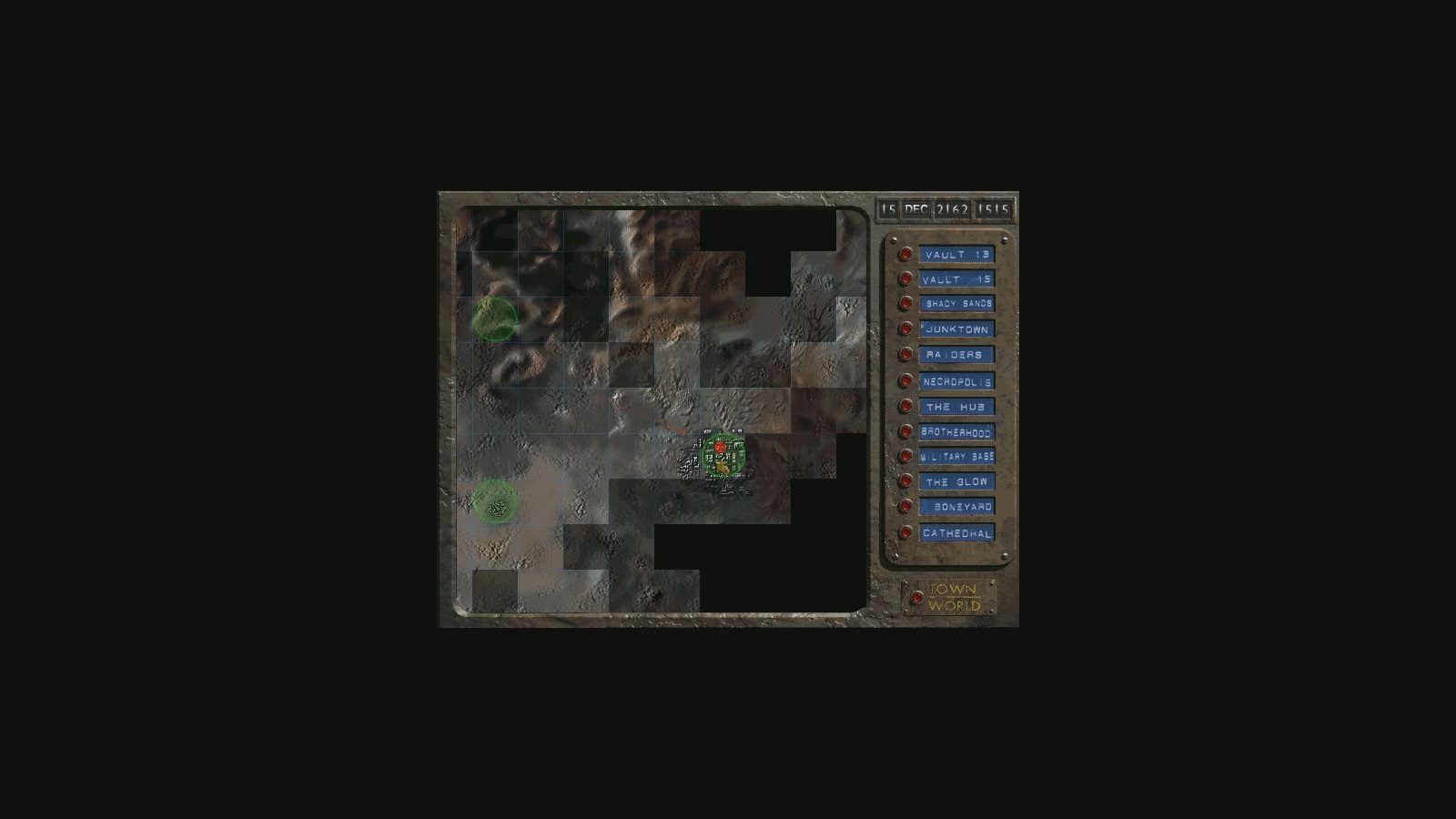 One small gripe I have concerning the companions is that their character models are recycled. I managed to find two human companions, and they had the same character models as enemies I fought later on. This makes combat rather confusing at times seeing as one of my friends looks identical to my enemies. Surely it would not have been difficult to slightly alter the character models of the companion characters so that you wouldn’t accidentally hit them in battle.

The combat may not be great, but the more puzzle-based non-violent gameplay? Well that isn’t very good either, although it does come down to pure personal preference on that one. Many of the puzzles, which can be extraordinarily convoluted at times, remind me of old-school point-and-click adventure games like Grim Fandango or Monkey Island, where the solutions make sense but are some of the most backwards thinking solutions to problems imaginable (although they’re not as convoluted as those classic point-and-click adventures).

On more than one occasion, I became impatient with having to figure out the specific sequence of events necessary to complete an objective in a non-violent manner and so online walkthroughs became a necessity to keep the blood pressure down. It also doesn’t help that there are situations in the game that forces the player to reload if they want to have any hope of finishing the game. So if you’re a one-save-file kind of gamer then the game will screw you over on multiple occasions.

I have another small gripe concerning companions, but this time it has to do with the game’s puzzles. You see, upon reaching a certain endgame location (no story spoilers), the player must venture past a certain point alone if they wish to go for the non-violent solution (and seeing as a high intelligence, high charisma character can’t land a punch on seemingly anything, the non-violent approach is necessary), and this would be perfectly fine if all of your companions could be dismissed or told to wait somewhere. One of your companions cannot be instructed to do anything, and so the only way to make them stop following you is to kill them. I don’t know if this was an intentional design decision or just a lack of foresight, but either way, it was a big problem that was left unpatched in the game. 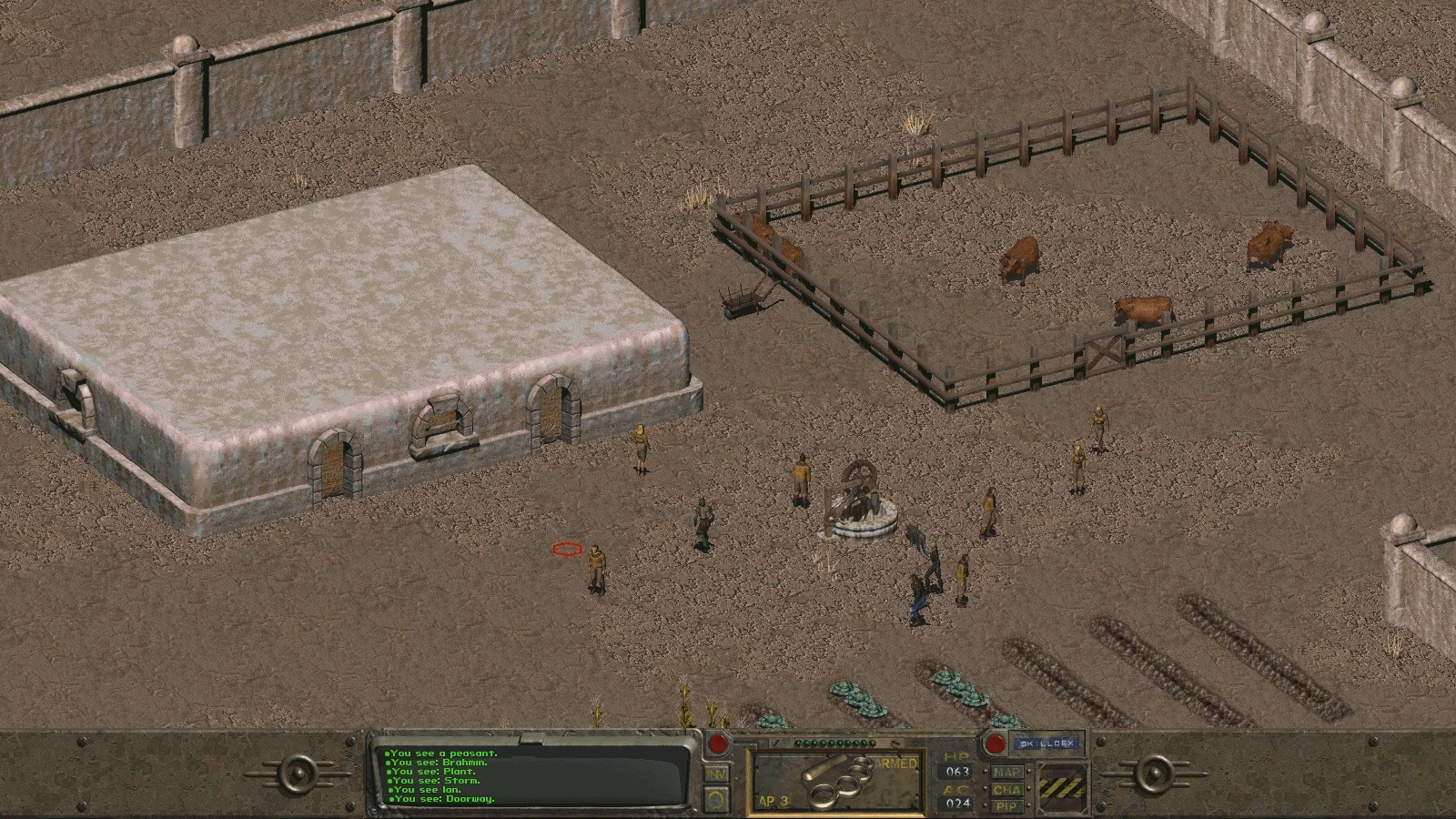 Everything I’ve said thus far has been harsh, but most of these issues have to do with the fact that the game is old (which doesn’t mean they’re forgivable, but it does mean that they’re understandable), however the game does shine in a few very important areas.

The most immediate of these is the dialogue system. Many in-game dangers can be escaped through dialogue, entire options become available to players with high enough charisma or intelligence, and if your intelligence is too low then nobody will speak to you because you are literally too stupid to use real words. This kind of dynamic a dialogue system is rendered impossible in games like Fallout 4, which had a heavily criticised dialogue system, because hardly any of the lines in the original game are voiced lines, and dialogue is cheap when you don’t have to hire any voice actors to read them.

Thanks to the brilliant dialogue system, which results in much better dialogue-based puzzles than the point-and-click style of the other puzzles, and is one of the things that managed to save this game’s gameplay from being entirely terrible. Dialogue is a viable means of fighting (in a sense) and can play a major role in the story if the player decides to go for a peaceful character build. 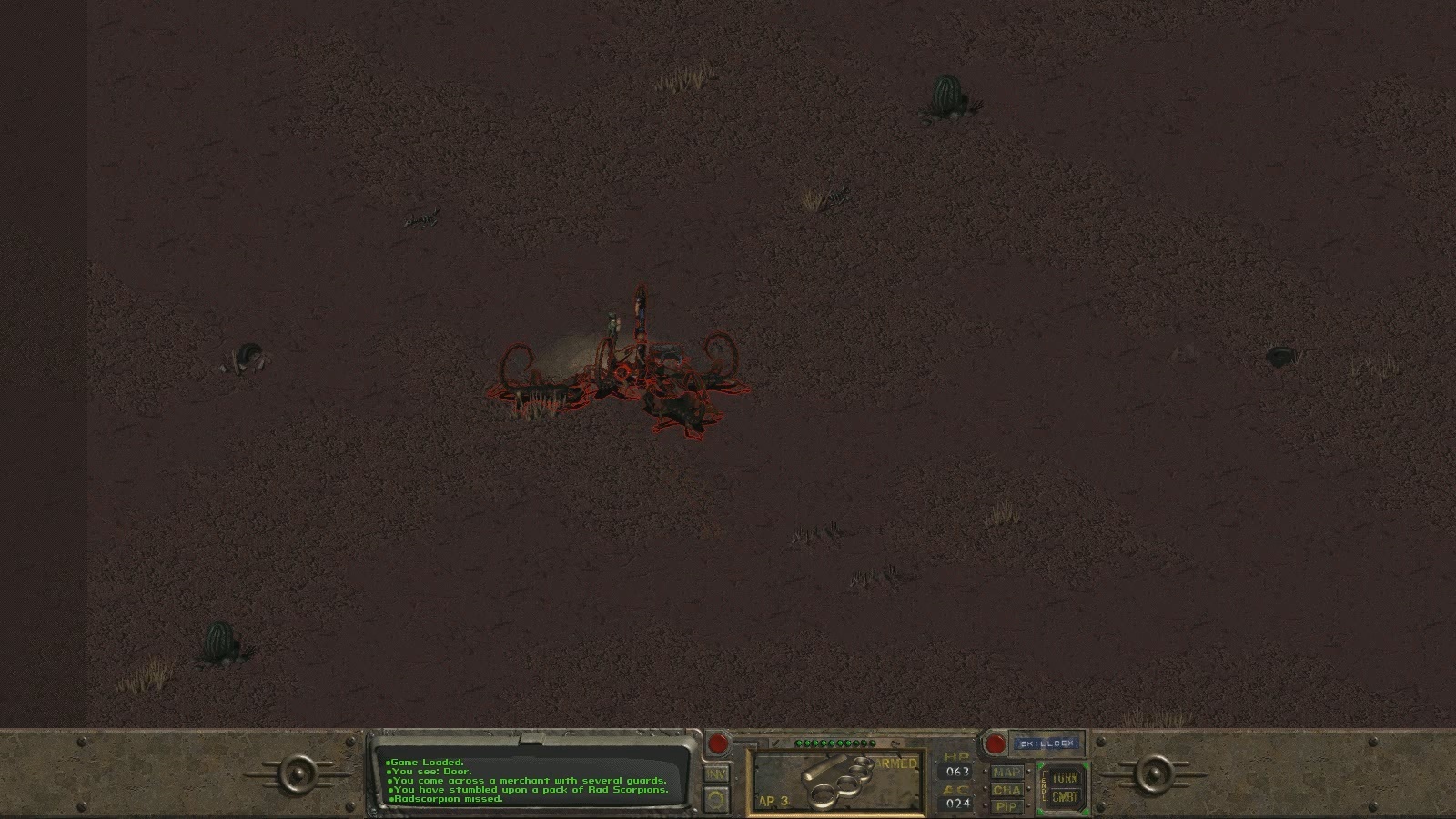 The fact that the player can get through the game with hardly any fighting (relatively speaking) is a testament to how well that aspect of the game was designed. The narrative changes according to how you decide to play it. Although, for all the overall narrative strengths, the characters are bland and unmemorable (aside from a select few, and even they aren’t great), but at least the way the narrative is structured makes for a very replayable experience.

In the end, I can’t help but make a mental comparison to Assassin’s Creed of all things. I utterly despised the first game, to the point where I did not understand why a sequel was made, and then the sequel absolutely blew me away. I’m hoping for something similar here. I’m hoping that Fallout 2 will succeed in taking the fantastic ideas and raw ambition of the original and expanding on and refining them to a mirror sheen. I sincerely hope the sequel doesn’t disappoint as the original has, because this is an unpopular opinion to be having for someone that classifies themselves as a hardcore gamer.

Verdict: A classic (and very nineties) PC game with lots of ambition and raw ideas that sadly dropped the ball on execution. The game is not without its accomplishments, but these are overshadowed by the subpar gameplay. 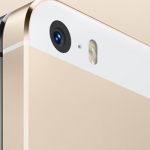