As far as 2015 flagship releases go, we’ve seen a great many excellent additions. The Samsung Galaxy S6, the LG G4, the iPhone 6S and Huawei’s own P8 have all left a marked impression on the space in one way or another. The Huawei P8 especially so, thanks to its stellar build quality and comparatively cheap price. But the Huawei P8 wasn’t the company’s only 2015 addition.

At IFA 2015, the company unveiled its next flagship; a phone that makes “touch powerful” according to its marketing material, a line that creeps me out somewhat too.

While the initial experience with the device at the recent local launch didn’t leave me star struck, I always give any device I review another chance to right its wrongs that might’ve sprung up at launch due to outside issues. So, having used the device for over three weeks, did it manage to change my perception?

You’ll have to hold your horses for that verdict, at least until we crack the box open.

The box is definitely a highlight. Huawei took a leaf out of AG Mobile’s book here and shoved an extra phone cover in alongside the phone. Huawei, as we’ve come to expect, lovingly sub-boxed every component as well, with the headphones, charging cable and charger itself in separate packages within the box. The phone lies on top, and is the very first thing you’ll see when undoing the perforated outer box, and flapping open the bold, black enclosure beneath.

Full marks for Huawei here for theatre and quality.

And this translates through into the phone’s design too. I said previously that the iPhone 6S was the prettiest phone launched this year, but the Huawei Mate S gives it one hell of a run for its money. It’s sublime, and definitely the best looking Huawei device I’ve ever seen.

It looks like the love child of the Mate 7 and the P8, with an enormous screen-to-body ratio, thin bezels and a subtle curved rear plate. Huawei gave us the gold version, and while not my favourite colour, it did look decidedly premium. There’s also a silver, champagne and (of course) rose gold variants too.

Getting back to the phone itself, the Huawei Mate S is a lot like the P8 up front. Clean lines, a large Huawei logo at the bottom and relatively sharp metal edges give it a stately yet commanding appearance. At the rear, it’s more Mate 7, with a large fingerprint reader just below the camera with tell-tale iPhone-like aerial lines running along its flanks. The buttons line the right hand side, and include a power and volume rocker, while the SIM slot occupies the left hand side.

It’s a very pretty device, and shows that the Huawei P8 wasn’t simply a design team fluke. These guys really know how to put a phone together.

Being a flagship, the Huawei Mate S is also packed with intriguing hardware.

Huawei uses its own HiSilicon Kirin 935 chipset in the phone with 3GB RAM and 64GB of storage. There’s no SD card slot, so the latter number bears some importance. All this powers a 5.5-inch screen running at 1920×1080. While those numbers seem rather dated in 2015, the screen itself is incredible. It feels as dense as a quad HD screen (on the likes of the LG G4 and Samsung Galaxy S6) and the contrast ratio is extremely high. Blacks are black. Whites are white. And every colour between is bright and bold.

As mentioned before, there’s a fingerprint reader at the rear, much like the Mate 7, but it’s much faster than the Mate 7. Users can also log into the phone without switching the screen on first — a godsend for some.

Imaging comes courtesy of a 13MP rear camera and an 8MP selfie camera up front, while there’s a Huawei P8-sized 2700mAh battery inside.

Overall, that’s a solid specs list, but it only tells half the story.

If we’re talking about straight-line performance, the Huawei Mate S has it. There’s no question that it’s a prolific multitasker, and can run a number of apps in the background without much of a care. It’s not as swift as the iPhone 6S though, or the impressively quick Samsung Galaxy S6, but the difference between these are negligible and only noticeable on paper.

The camera isn’t half bad either, and when I say “half bad” I mean it can hang with the LG G4 in terms of image quality. It’s not as crisp, but it’s definitely close in the right conditions.

Have a look at our full Huawei Mate S photo gallery here.

The same can be said for the fingerprint reader, which works flawlessly if you happen to scan your finger in properly before use. Thanks to the placement, I found the pointer finger was the better option.

Battery life is decidedly average too, and that’s thanks to Huawei’s idiotic decision to drop about 40% of the battery capacity over the other Mate phones. Hell, that’s largely what made the Mate range special — the incredible battery life. But the bad news doesn’t stop there.

It’s quite a solid phone, and it’s definitely noticeable in the pocket. The phone’s rear curve does make it feel a little less cumbersome though.

And speaking of cumbersome, we didn’t get to test the Force Touch feature that marketing material raves about because it doesn’t actually feature on the 64GB model. It’s 128GB or nothing in this case, and said model isn’t yet available in South Africa.

Tapping icons has worked well for centuries, why change it now?

And speaking of Force Touch, the phone also reintroduces a number of other gimmicky features, including gesture awareness. Write an “M” on the screen with your knuckle and the phone will open the music app. Tapping icons has worked well for centuries, why change it now?

Knuckle Sense, as it’s known, does work well in some instances. Cropping images for one is a dream, an doesn’t need the user to swim through curtains of menus. It’s a simple tap, hold, slide, and you’re done.

The fingerprint reader has gesture sense as well. Double tap it at the rear and it should take a selfie, but it almost never worked. It worked once from about eight attempts, and after that I gave up.

All this stems from Huawei’s Emotion UI, or EMUI, which remains a mess. Settings are all over the place, there’s no app tray and the notification/app drawer is not logically set out. It looks good and doesn’t use much memory, but that’s about all I can say about it.

It’s not a bad phone to use though if you ignore the stupid gimmicks. Multitasking is a dream, but I’d say you’re better off with the Mate 7 if that’s your beat. Style is definitely a plus as well, but I could easily recommend the P8 to go with your handbag or brogues instead.

So who is this phone for?

Simple: a fool who loves overpaying for things.

I do have to constantly compare the Mate S to both of those devices because if your new flagship phone can’t beat the two current flagships, you have a problem.

So where does this leave the Mate S?

If I didn’t know the Huawei Mate S’s price, I’d say it’s a solid phone. It feels great, looks great, runs like a dream and can cut it with the big boys on the performance and imaging front. But slap that price tag on it, and it’s marketing slogan that only really applies to the most expensive device that isn’t even in South Africa at the time of writing, and you have yourself a misplaced smartphone in an extremely competitive world.

Why do I say this? Well, the Mate 7 has a larger screen, larger battery with longer battery life and it’s much cheaper. The P8 is also cheaper, performs almost identically to the Mate S and is arguably, a more rounded device. And don’t let me mention phones from other stables.

The Mate S does have a fingerprint reader and a larger screen, but it that worth an additional R3000-odd on top of the P8’s price? I don’t think so.

With all things considered then, the Mate S is more of a show pony than a racehorse worth betting on.

Verdict: If Huawei hacked R3000 off its price, renamed it the P8S (perhaps) or slapped Force Touch on all models, then maybe the Mate S would’ve made sense. This phone is another example of what looking over your shoulder does to your own brand identity. It happened to Samsung with the S6, and now Huawei’s made the same mistake with the Mate S. It’s a phone overshadowed by its own brothers and sisters but pales in comparison to its intended target. 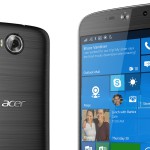