A new iPhone 6S bug has surfaced which disables battery percentage updates in certain cases, according to Apple.

While the company is well aware of the bug and are in the process of “investigating the cause and [finding] a solution”, the bug will affect users of the iPhone 6S and iPhone 6S Plus who travel across time zones quite often. According to some Reddit users, the iPhone 6 Plus is also affected.

“If you change the time on your iPhone 6s or iPhone 6s Plus manually or change time zones when traveling, you might notice that the battery percentage doesn’t update,” notes Apple’s support ticket.

The company also suggests users who encounter the bug follow these steps:

Apple currently has two iOS updates in the works, with the major iOS 9.3 likely to bring a fix to this and more minor issues in the ecosystem. 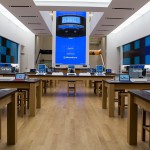