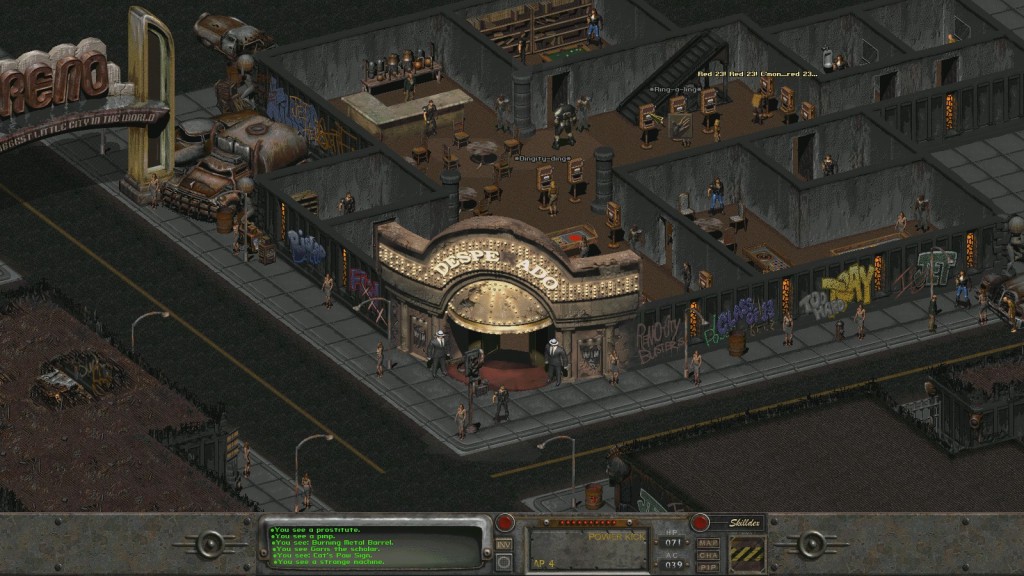 Stand by for retro reviews done right, folks. Reviewing The Classics is a series where Gearburn staff play some of their most loved retro games from bygone consoles with fixed controllers and PCs with floppy drives. This week, L.C. has a look at Interplay’s sequel to Fallout — Fallout 2 — or more accurately, the Fallout game that some love to loathe.

After playing through the original Fallout for the first time (and reviewing it), which was after having been exposed to Bethesda’s iterations of the franchise, I was left unimpressed with what I had experienced and was very disappointed by the hype that had been built up around the game.

Seemingly everyone on the internet considered the original Fallout to be superior to its 3D action RPG counterparts, and upon completing the game I was left with the opposite opinion. But I still had Fallout 2 to play, and there had been grumblings from critics I tend to agree with, that called the sequel superior, and so I knew that this was my last chance to hold a popular opinion concerning this series. I decided that the best thing to do would be to place myself mentally in 1998; the era that many would be playing Fallout 2 for the first time. I built up my high intelligence/high charisma character, hoping that Fallout 2 had fixed the combat heavy issues of the original game. I hoped against hope that this was the case, and then proceeded to have trouble with the first enemies in the game. They were rats, just rats, and my character kept missing them… with fists… and I was right in front of them. The game was not leaving a very good first impression. Flashbacks to the first game appeared before my eyes and I knew that if things carried on going wrong then I would continue to hold that unpopular opinion of mine: Fallout 4 is better than the originals.

The characters I met were funny, interesting and the quests they gave me led me on some incredible little narrative journeys

The overview map was also pretty much unchanged from the original (just like everything else), and random encounters were also still intact, but then it happened: I reached the first town on my journey. The town was nothing visually special; it was like every other post-apocalyptic town, but as I began speaking to the citizens, I started smiling. The writing, which had been good (although sometimes less than great) in the original, was now so much better. The dialogue system had been awesome in the original game, aside from a few kinks, but most of those kinks were ironed out.

The dialogue was fantastic. The characters I met were funny, interesting and the quests they gave me led me on some incredible little narrative journeys. On top of that, I could get out of every fight that involved another human. The many monstrous creatures of the wasteland still periodically stood in my way, but the game adapts to a player that wants to go non-violently about their quest. During the course of the game, I killed my first human character about twenty hours in, and that was because I chose to do so. It was refreshing to have that level of agency again. The dialogue and storytelling, which had been the original’s greatest strength, had improved to ludicrous heights. The environments were rather unmemorable in the original game, and in fact the only location names I can remember from the first game are areas that are in the second game, and all of those locations are better in the second game. Sadly, those narrative based aspects of the game are the only truly good parts of the game.

The combat is still terrible

The combat is still terrible. Turn-based mechanics are all good and fine; I can understand the tactical aspect of it. What I cannot understand however, and this is a point I made in the review for Fallout 1 — why can’t I control my companions in battle? Thankfully, the developers did overhaul some of the companion mechanics and give you better management over them (along with a better user interface overall, especially in the quest management department), but they still don’t grant the player full control. This of course means that they make stupid decisions, like shooting friends, wasting time on the wrong enemies and walking off screen for no apparent reason. I even tested the terrible combat AI once; the test involves the word you’ll see more often than any other in Fallout 1 and 2, and that word is “missed.” The test was my little experiment: upon randomly encountering two rival gangs that were fighting one another, I decided to sit back and watch what happened. What followed was a ten minute fight in which nobody died, and most of the shots fired by either side resulted in a miss. I eventually got bored and buggered off.

No combat system should be so skewered towards failure. Nowadays, too many people like to proclaim that something is “bad design” but after working with this combat system I want to scream those very words too. The heavy use of stats to determine everything infuriates someone that wants skill-based rather than stat-based gameplay in their games, but I can understand that there are those that are opposite to my way of thinking, and those are the people that can sit through this type of combat. Go on, you can have it. I don’t want it anyway. Luckily, the only time I had to deal with combat was during random encounters (for the most part at least) and a system for skipping those random encounters was introduced. Which was something that made me so happy. At least it did make me happy, but sadly it only happened a fraction of the time. Most of the random encounters could not be skipped (and, like everything, was based on a stat).

As always, there is a silver lining! Not every random encounter was combat based, and some of the random encounters resulted in genuinely funny references or well done narrative moments. From seeing the antagonists of the game killing defenseless people to finding a dead whale that had fallen from the sky (a reference to Hitchhiker’s Guide to the Galaxy), this game is absolutely chockablock with interesting narrative moments and clever writing. It’s just a shame about the state of the gameplay. For all my criticisms, and all my praise, I can’t help but think that I wouldn’t have enjoyed Fallout 2 had I not played the original, and not just because the mythology of the first game is so ingrained in the sequel, but rather because the original taught me to accept all the crap wrong with it.

I wonder whether I would have severely disliked Fallout 2 had Fallout 1 not given me that bad gameplay, terrible user interface and general shoddiness for a few hours and forced me to accept it. Regardless of whether or not Fallout 1 did prepare me for the sequel, I must say I genuinely enjoyed this game. I can understand this game being the classic, but not that first one. It was ambitious and intelligent, but unrefined. Fallout 2 added that refinement, and it also built on something else that really and truly surprised me, something minor, but still interesting: Now, I didn’t become a porn star myself in the game. Apparently I didn’t have enough “endurance” for them but whatever… they’re always putting us high intelligence characters down, aren’t they? I just felt that it was worth mentioning this because of how remarkably unlike gaming it is to be so liberal about sex. The Bethesda games contain some sexual stuff in them on occasion, but Fallout 2 goes all out with it and it’s rather refreshing to see sex handled with both humour and tact in a videogame. I wouldn’t say the sexual aspect of the game made me forgive any of the faults, but it certainly did impress me.

Verdict: Fallout 2 took everything that the original did and just did it better. You should definitely play the original first though to appreciate this. It’ll prepare you for the bad parts of the game and make them more… manageable. 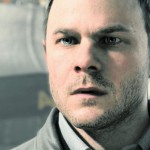