By L. C. Lupus
Read nextGameTrailers closing down after 13 years 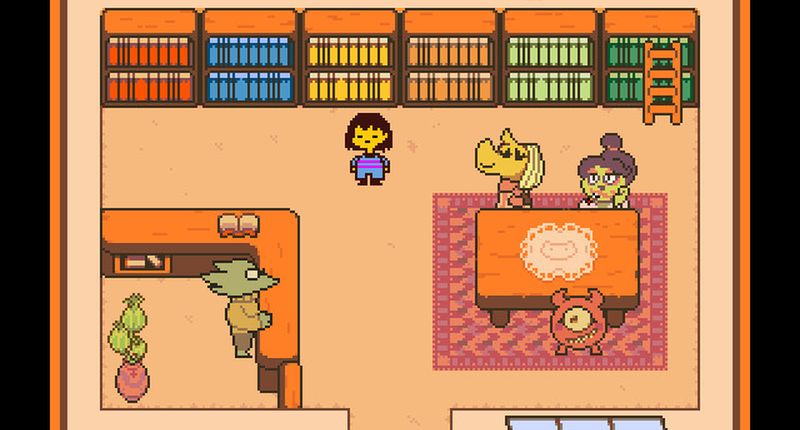 “Overrated” is a word that gets thrown around a lot nowadays. It’s a word that has been used with ever increasing regularity as the internet becomes more prevalent in our daily lives and is used to describe pieces of art in every medium, whether it’s games, films or music, but here we’ll just focus on the gaming side of things.

What must be understood about the term is that everything created with the intention of being consumed as some form of entertainment product is both loved and despised by somebody. There are people out there that genuinely enjoyed Aliens: Colonial Marines and there are people that intensely hated the original Bioshock. The opinions of human beings vary widely and there is no definitive truth concerning any game that has been produced.

The internet is a place which has allowed opinions to flourish. This is both a good and bad thing. Discussion of an art form springs from opinion, hopefully educated opinion, and the internet has allowed these kinds of discussions to take place in an instantaneous manner across thousands of miles. Intelligent debate produces truly insightful thoughts on games from all over the world, but the problem is that not every person on the internet is a rational and open-minded individual. Hence, “overrated” has become a term that holds no meaning in the majority of its use. It is a word that should generally be ignored seeing as it tends to come from those that are incapable of holding a solid and meaningful argument and prefer to hurl insults rather than attempting to think in a more constructive manner.

The term often appears where success, usually of the mainstream variety, has been achieved by a game. Games that are either critically, commercially or publicly well received become immediate contenders for the word to be applied to them. This is often a gut response to something someone does not like. Many jump to calling something overrated when they personally do not enjoy whatever it is that has achieved success despite the fact that no human being could possibly adore every single thing that has ever been produced.

For the most part, the fact that the word is used more out of anger at something you dislike achieving success rather than because something genuinely bad became successful, means that this is a word that’s pointless (most of the time) and better to ignore when it rears its head. As a small experiment, type the name of any piece of art that has achieved any degree of success into a search engine followed by the words “is overrated” and see what happens. Unless you looked up something incredibly obscure the chances are highly likely that there were online discussions with the very title you entered into Google.

This begs the question: what is actually overrated? There are two possible answers to this question. The first is that absolutely everything ever produced that has achieved enough success to be consumed by more than a handful of people is overrated, or it could be that nothing is overrated and that the term should be discarded from logical, rational discussion.

Let us take an example of a game that received overwhelmingly positive reception from critics and gamers alike, a game that is still widely discussed: Undertale (no spoilers ahead).

This late 2015 PC indie game is beloved, sold loads of copies (relative to independent games) and despite this, the game is commonly considered to be one of the most overrated games out of 2015. Do those that call it overrated simply “not get” the game? Are they not as intelligent as those that do love it, are they less skilled gamers, do they have bad taste? Or is it those that love Undertale that are the idiots that have bad taste and don’t play proper games?

The answer is that neither camp is correct or incorrect. The internet as a whole has a tendency to react negatively to everything that it is faced with, and one might think that games like Undertale, the sudden and surprising indie success it was, are the only games that deserve the moniker of overrated, but what about the classics?

Ask the internet whether it thinks Pacman or Super Mario Bros. is overrated and you will be adamantly informed that they are by hordes of people. Nobody would deny that these games are classics, but there are definitely those out there that will call them overrated.

If you’re looking for a traditional conclusion to this article, whether something can definitely be called overrated, then you’re looking in the wrong place. Overrated is, in and of itself, an overrated and overused word. This does not mean that the term should be entirely retired from discussion, because while “overrated” is a pointless word in general use, it can be paired with an explanation to elucidate your personal, subjective opinion. Just so long as you don’t throw it around like it’s been thrown around in recent years.

As a final note to all those people that ignore a piece of art entirely and decide something is overrated just because it has a passionate (which is a nice replacement word for “irritating”) fanbase: Undertale, for instance, may have one of these fanbases, just like Dark Souls and the original Fallout, but that does not mean that it should be instantly dismissed.

Just because something’s popular doesn’t mean it’s a bad or mediocre product that is only well received because the “sheep” of the world like it. So in the end, I guess I just want to say: don’t hate on games just because they’re popular. 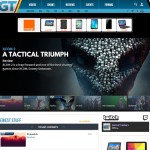