Many would argue that the Apple iPhone 6S, or 6S Plus for that matter, is the perfect phone. The zenith of smartphone technology. The absolute pinnacle of mobile engineering.

To that we’d reply “there’s absolutely no such thing as a perfect phone.”

Even though it’s probably the best phone you can purchase right now and I absolutely loved my review device, it has its flaws; flaws that are preventing older Apple users from jumping ship, and flaws that make other phones from other marques seem a lot tastier.

So, what are they, and how can Apple right these wrongs in time for the iPhone 7 launch?

For you data snobs with 128GB iPhones, this issue probably doesn’t concern you. At least in South Africa, that model is well out of the grasp of ordinary folk who haven’t 30-metre driveways flanked by manicured golf courses. The 16GB is the likely go-to for those who can just about afford an Apple device, but there’s obviously a problem there.

I managed to fill the iPhone 6S’s 16GB storage bank in less than a week, sitting with 3GB left unoccupied and an uneasy feeling about recording anything more in 4K, or snapping any more images in case Apple Music needed an update.

A simple solution? Introduce the microSD card slot. These cards are extremely cheap now (a 64GB card fetches around R400), and about as ubiquitous as pigeons on a city block. So chances are those potential Android deserters will have quite a few lying around.

Yes, I know. Effective life-proofing remains the holy grail of smartphone and gadget design. Hell, most fitness trackers faint when jogging past a puddle. But Sony has managed it very well on its Z and M series smartphones without too many hiccups. Why can’t Apple?

Again, not everyone is going to purchase a phone for its relationship with a proprietary VR headset, or because its slathered in champagne pink paint. And nor should anyone buy a phone just because it can swim. But waterproof phones are extremely practical, and it’s largely what made the Sony Xperia Z3 Compact my phone of 2015.

Apple’s also been said to be working on water-repellent smartphone speakers, so perhaps there’s more to be said here?

It’s quite easy to crack a smartphone’s screen nowadays, and we all probably know a few people who’ve been victims of inertia. But building stronger smartphones with stronger screens is possible, and we definitely have the technology.

Look at Motorola. It showed us late last year with the Moto X Force that its possible to drop a phone face down repeatedly without it even blushing. It doesn’t need to survive 300-metre drops, but it would be nice to have the peace of mind that if my phone slips from my hands, it’ll all be okay.

Apple has dallied with sapphire glass in the past, but only the camera is covered in the nearly-impossible-to-scratch surface. And although the substance is expensive, Motorola has found the solution to be (brace yourselves) plastic. How Apple users will feel about that is an entirely different matter.

Give us a USB Type-C port

Apple loves its proprietary connection standards, but we’ve all had bad luck with frayed Lightning cables, I’m sure. In South Africa, they’re also fairly expensive as replacements, but wouldn’t it be nice to use the same cable for practically all future devices?

Apple has embraced USB Type-C in its new MacBook which it launched last year, and although Lightning does have its benefits (for Apple at least), Type-C is probably the next big standard. Apple itself has gone so far as to call it the “most advanced and versatile” connection available.

We’ll likely see the new LG G5 and Samsung Galaxy S7 arrive with the connector this month, and the Nexus devices already have them. But overall, the biggest advantage is durability, and that trumps all in a carefree world. 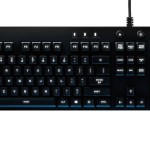