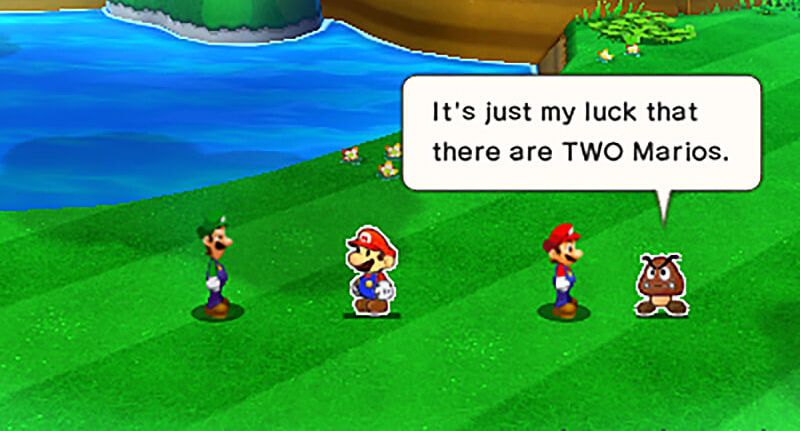 The pitch at Nintendo HQ for this title probably went a little something like this: “Goodness, we barely have any Mario titles anymore, apart from the fifty currently available to play. We definitely need another, and perhaps cross over another series too while we at it.”

Okay, fine. I’m being harsh. In fact, a little hypocritical too, because I generally love seeing that dungaree-clad Italian-accented plumber on my screen. And sooner or later, this was bound to happen, because Mario & Luigi and Paper Mario were two of Nintendo’s most entertaining franchises on two vastly different platforms.

Although I’m not the biggest fan of turn-based combat, I sort of fell in love with the Paper Mario series. It was charming, the characters were quirky, and for the Nintendo 64 at least, the game looked splendid.

Roll on 2016, and that boardroom meeting gave us this — Mario & Luigi: Paper Jam Bros. (or sans Bros. if you’re in the States). This time around, we’re back in the Mushroom Kingdom and everything’s just peachy until Luigi, frightened by vengeful mouse on shrooms, knocks an ancient book from a nearby shelf. And as Luigi’s luck would have it, the book contains the inhabitants of the Paper Kingdom who unwittingly escape from the pages to occupy the real world. It’s Mario, Luigi and other flatter characters’ prerogative to return those paper characters untorn, untainted and uneaten to their rightful place.

In terms of characters, Mario plays a stronger, more assured role in the game’s story while Luigi is the uncertain, skittish half of the duo. And while Mario has reason to be more confident (I mean, look at that mustache), I must admit that I’m getting a bit tired of this formula.

The game takes place on a 2.5D plane with characters able to jump, and move freely beyond the D-pad’s simple four-directional dominion. Thanks to the New Nintendo 3DS’s screen, it’s the characters that really pop when 3D is switched on. It works well, especially since nothing moves too quickly in this title to encourage hemorrhage-inducing headaches. But freedom of motion isn’t what this game is foregrounding. Ultimately, it’s the combat.

It’s turn based, with Mario and the green bro taking turns to jump on enemies, bonk opponents on the head using a hammer or use the blue shell and football training technique to kick opponents a number of times. Each attack is rated for effectiveness, and an “Excellent” yields the maximum damage and maximum satisfaction.

While Koopas and Goombas do stand by while you attack, it’s a more fluid based form of turn based combat. Mario and Luigi can dodge or even counter attack opponents in the middle of their moves, but timing is crucial. It does make the game incredibly easy in the early stages, but controlling more than just Mario with more than just the A button with ever quickening and increasing enemies charging at you does become tricky.

The most effective technique requires a large thumb and a firm press of Y, A and B all together to force Mario, Luigi and Paper Mario to jump simultaneously. This helps navigating the world (which requires each member of your team to jump over obstacles, like ledges), and when those Koopas get a little too self-confident. Still, timing is everything, and you’ll soon find that controlling each individual character while countering, attacking and predicting which Goomba will attack next keeps you on your toes.

And yes, Paper Mario soon joins your crew and brings his own set of combat mechanics — I mean, it is a crossover title. You’re able to clone the little leaflet later in the title, allowing him to take more damage while dealing out more complex attacks himself. The boss battles though are worth a mention. AlphaDream‘s done a brilliant job in making you feel decidedly small in comparison to Bowser and other bosses. And yes, panic will ensue. It’s riveting. But is it involving enough?

Well, the writing sure is cute for kids and intelligent enough for adults to appreciate, and characters are interesting to an extent (noticeably in the case of mute Luigi and even Bowser), but there are moments in the game when setting these little paper idiots on fire actually seems like a great idea. You’re never given a good enough reason why you need to save them other than to restore equilibrium in this otherwise boring world, and, you know, Paper Bowser plus Real Bowser equals anarchy. I don’t know. They both have princesses they can steal. There’s two of everything. There’s balance to an extent. I don’t see the problem here.

The lopsided nature of the game also extends beyond the combat sequences and into the actual story. We barely get any Paper Mario action — he’s largely just there to provide a varied combat approach. He’s practically immortal too, considering that he can be photocopied a number of times, with each copy taking damage. The mini games with Paper Mario are at least fun (as demonstrated in the above image).

And what’s even more annoying are the damn fetch quests. Yes, understandably, that’s the RPG’s bedrock, but Mario & Luigi: Paper Jam takes it to another level of ridiculous. It also makes for a poor integration of the paper characters (namely Toads) in the Mario & Luigi world. It feels forced, and the game itself is padded with these.

All this turns it into a  game you can’t really play for hours on end. I managed to get through about four hours of this game in multiple sessions before I formulated an opinion, and opinion that didn’t really seem to change much at all from there now that I’m well over 20 hours deep in a number of short bursts. It’s not addictive enough for me. And beyond the first few levels, the environments are pretty stock standard, even formulaic for a Mario game.

Overall, it’s safe to say that Mario (and Luigi) fans will love it, especially those who have an N64 or GBA gathering dust somewhere, but it’s not something that you should travel across states to buy.

Verdict: While not the most involving game I’ve played on the 3DS, it’s one of the more solid entries. The writing is great, the world and other models are adorable and the combat system — albeit turn based — is fluid enough to keep things interesting. How interesting though is really up to you, but I just wasn’t as absorbed or invested in the title as I wished to be. There’s a whole lot of room for improvement here, but it’s not all horrible. 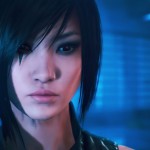